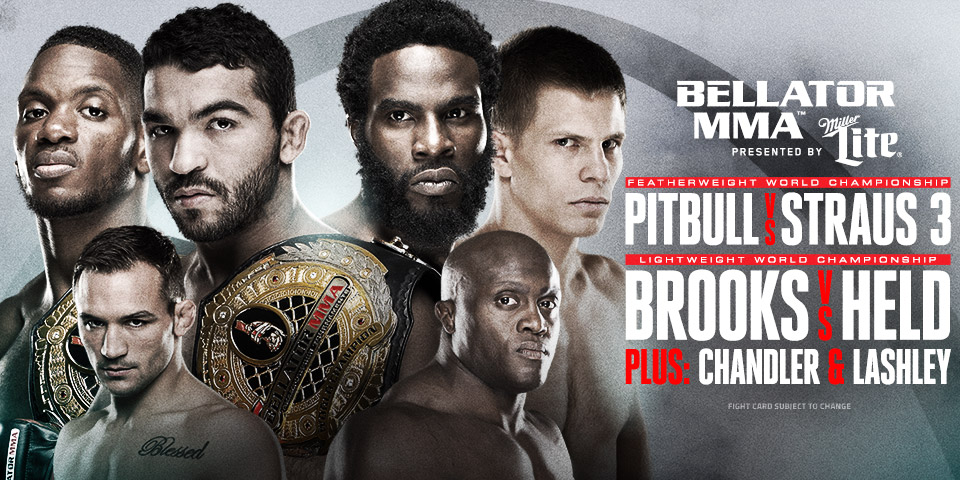 ​Friday night, Bellator MMA is back on Spike TV with Bellator 145 aka Vengeance. This five fight show is the final event of the year for Bellator and is headlined by two title fights in the Featherweight and Lightweight divisions. Much like UFC currently, the lighter weight class takes center stage with the Featherweight bout closing out the show.

​Although there are none of the big outside names on this show, Bellator has been promoting it pretty hard with a 3 part series "Road to Vengeance" that's been airing on SpikeTV. This lineup is pretty much the strongest they can put together of fighters who have mostly made their names in Bellator and on Spike TV. 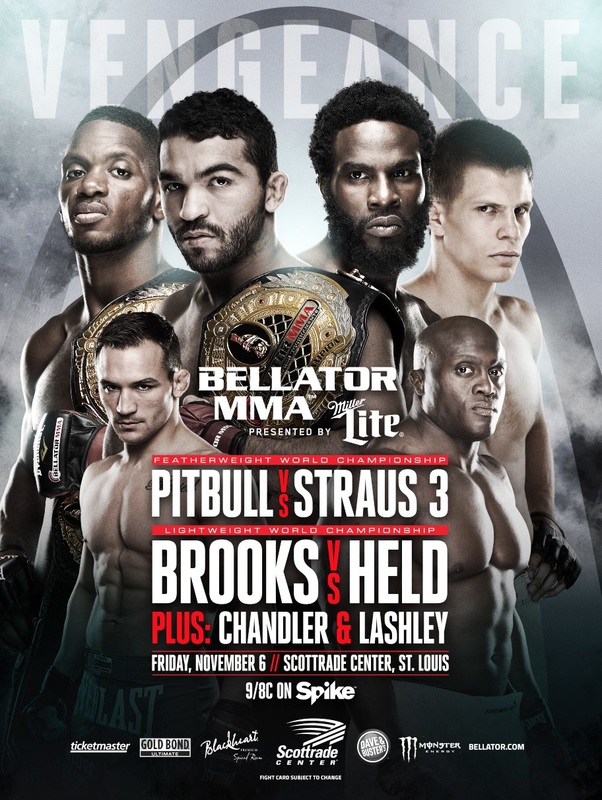 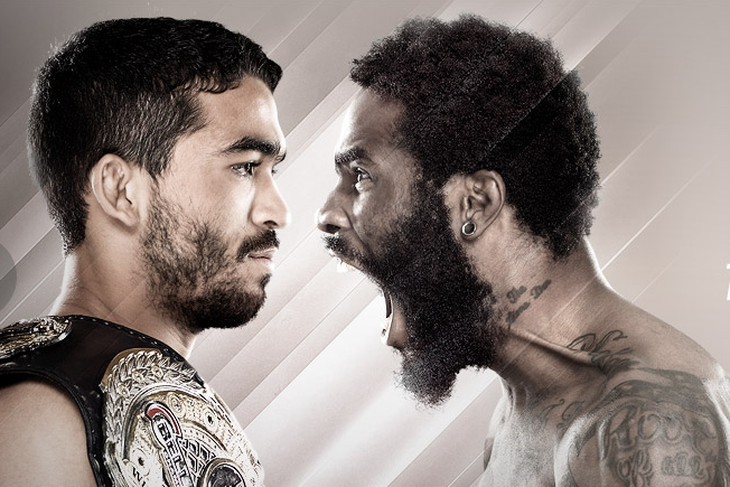 Main Event for the World Featherweight Title:
Champion Patricio Friere (24-2) vs Daniel Straus (24-6)
​Friere is one of the two "Pitbull" brothers that have been stars in Bellator for years. He won the title in September 2014 and this will be his third title defence. He has won 7 in a row overall with 5 of the wins coming by finish. His complete Bellator record is 12-2 with both losses coming by split decision. He has finished all but 4 of his wins in his Bellator career which goes back to Bellator 15. Of late, he seems to be more interested in a fight with lightweight champion Will Brooks so hopefully he's not overlooking his challenger here.
Straus will be trying to avenge his fourth round submission loss to Friere in 2014. In that fight, Straus was likely winning the fight and appeared to have the Pitbull on the verge of being finished before an amazing comeback in a fight of the year contender. He rebounded to submit previously unbeaten Henry Corrales in the 2nd round to earn a rematch. Straus has won 8 of his last 10 fights. He has a 10-3 record in Bellator with 6 of the wins coming by decision. 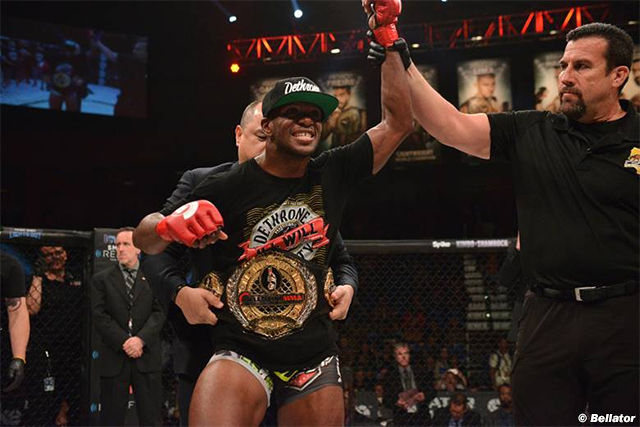 For the World Lightweight Title:
Champion Will Brooks (16-1) vs Marcin Held (21-3)
​Brooks beat Michael Chandler in a controversial decision to win the interim title and then again with a more decisive stoppage win to win the World title. He then defended it successfully against Dave Jansen. Brooks has been unstoppable in the last several years, winning his last 7 fights, against the top competition in Bellator. He's 8-1 in Bellator, with 5 wins coming by decision and the only loss coming to Saad Awad, which he later avenged.
Held is one of  the greatest submission grapplers in any weight class and has been around for so long it's hard to remember he's only 23 years old. Held is on a 6 fight win streak of his own, which took him to this title shot. He's 10-2 in Bellator with only 3 fights going to the judges. This could be one of the year's best fights.

Bobby Lashley (13-2) vs James Thompson (20-14)
​Lashley is on a 6 fight win streak, with the last loss coming to Thompson in a 2012 fight in India. This is the third attempt at  a rematch in Bellator. Lashley is better known as a pro wrestling World Champion and will attempt to draw from that loyal audience here. He is 3-0 in Bellator with all of his wins coming by stoppage.
Thompson famously fought Kimbo Slice in a 2008 fight on CBS. The former Pride, Sengoku and Dream veteran has fought a who's who in MMA, including Don Frye, Butterbean, Brett Rogers, Bob Sapp and Alistar Overeem. He's won 5 in a row, with 3 stoppages, including his only Bellator fight, which was a first round KO of Eric Prindle

Michael Chandler (13-3) vs David Rickels (16-3)
​Chandler is the former champion in this division but has already lost twice to current champ Brooks. His first round submission of Derek Campos in his last  fight snapped a 3 fight losing streaks, the only losses in his career. The former Strikeforce fighter is 10-3 overall in Bellator with 8 finishes, including a first round KO of Rickels in their first meeting.
Rickels is one of the more entertaining fighters on the roster, at least outside the ring. He's won 5 of his last 7 with the only losses coming to Chandler and Patricky Pitbull Friere, the brother of the Featherweight champion. Rickels is 9-3 in Bellator with 5 of the wins coming by KO or submission.