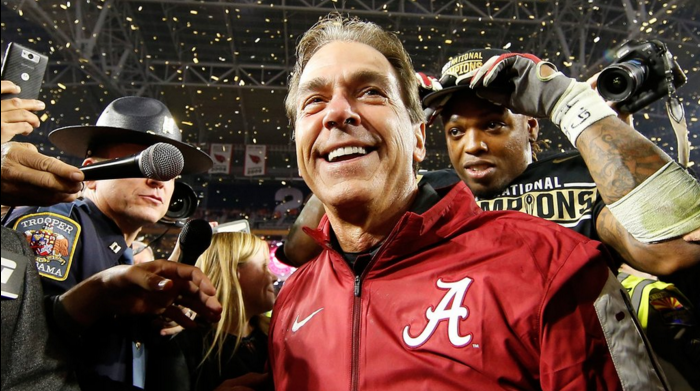 On Monday night, Nick Saban captured his 5th National championship as a college football coach, when his Alabama Crimson Tide defeated the Clemson Tigers, in a thriller, 45-40. With the win, Saban now moves just one title win behind Bear Bryant for the most title vctories in history.

Since Monday night, the discussion has generated, asking if Saban is the greatest college coach of all time, even though he's behind Bryant in title wins. My answer is simply yes, he in my lifetime, he is. Saban has now captured 4 championships at Alabama within the last 7 years and has had his teams in position in all 7. That is hell of impressive to me.

It’s not just that he gets the best talent, though recruiting is a strong suit in retooling hs roster year after year. But Saban wins with Blake Sims and Jake Coker at quarterback. Think about that. We just watched Deshaun Watson will his team to almost beating Bama, and show just how much impact a great QB can have on a college game. And for Saban to do what he continues to do without a marquee QB, EVER, is impressive to me.

In an era of scholarship restrictions, which Bear Bryant didn’t have, you have to be impressive with Saban's resume. He recruits talented players and works them hard, and they’re ready for whatever arises and they are always prepared. And I can't overstate how big scholarship limitations play a role, as just because your Alabama, you can't merely stockpile talent. Which speaks to his talent evaluation.

No coach recruits better, no coach gets more out of his talent and no coach is better in the big time moments. Every class Saban has recruited to Alabama has won the national championship. That's enough evidence for me right there.

Again, I wasn't around to see Bear Bryant, and people of a different generation may feel differently, but I can't ignore that some of Bryant's championships were won before schools were integrated, and black players were not allowed to play. That is a big deal. If you look at the game today, black players are some of the best players and the competition is inclusive and deep. That tips the nod towards Saban even further.

Overall, I feel privileged to witness what Saban has done at Alabama. He is the Belichick, Popavich, and Coach K of College football. And the best to ever do it. 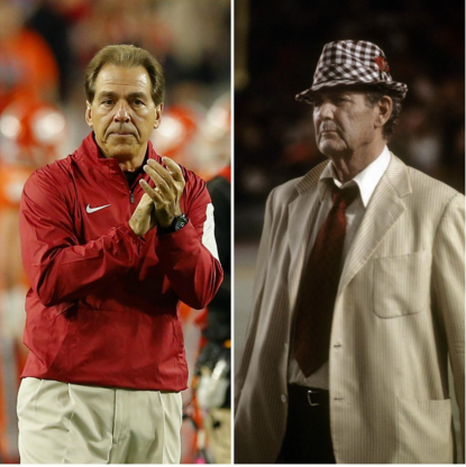