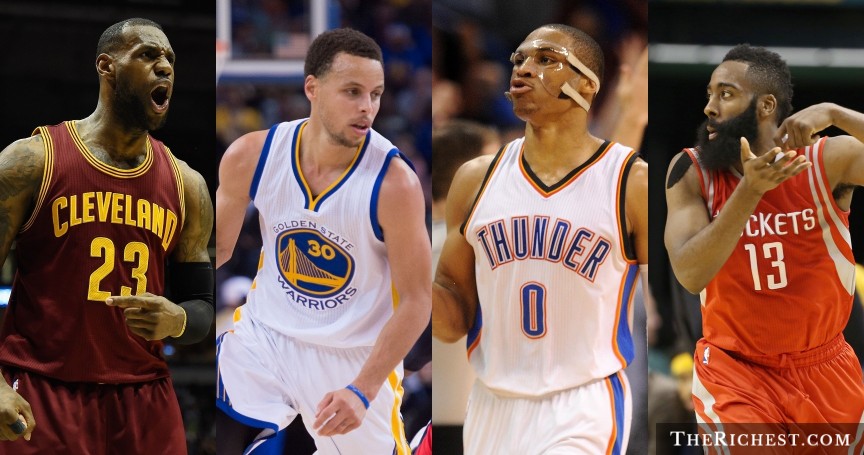 Let me start by making it very clear that while I can view the game of basketball objectively, I am a fan of the game and thus I have favorites. Anyone who knows me knows that my favorite team is the San Antonio Spurs, and my favorite player, aside from the players on my favorite team, is Lebron James.

i feel it necessary that I inform all readers of this so that you understand any built bias my comments may lean towards. In all honesty, while I do pull for my favorites, I know and love the game and can impartially give an educated opinion.

So it's with that, I will breakdown the NBA MVP Race.

Steph Curry is the leader of the #1 team in the NBA. The Golden State Warriors have a 8 plus game lead in the Western Conference and Curry is averaging 23 points on 47% from the field ,8 assist, and 3rd in the league in steals with 2.10 a game. Curry has led his team the entire season, playing in 69 games.

James Harden has led the Houston Rockets in a strong playoff push, much without Dwight Howard, where they currently sit in the 3rd seed. Harden is 2nd in the NBA in scoring, averaging 27 points on 44% from the field and 7 assist. Harden has played in 70 of his teams 71 games.

Lebron James has rallied the Cleveland Cavaliers to the 2nd best record in the Eastern Conference after the teams early season struggles. James is 3rd in the NBA in scoring, averaging 25.8 points on 49% shooting from the field, and 7.3 assist. James injuries has caused him to only play in 62 games this season.

Russel Westbrook has battled injuries all season, and has carried the Oklahoma City Thunder, much without reigning MVP Kevin Durant,  to a fight for a playoff spot, where they currently sit in the 8th seed. Westbrook is the leading scorer in the NBA, averaging 27.3 points per game on 42% shooting from the field, 8.7 assist, and 7 rebounds. Westbrook has only played in 57 games this season.

So those are the facts, but who is the MVP?

On the surface, it's easy to go with Steph Curry. His team has the best record and he has been great all season. Rewarding winning is always a great thing. So I can easily see him winning.

For individual performance, there is no question Russel Westbrook deserves the award. The guy has racked up 9 triple doubles this season, (the NBA ruled that his 10th wasn't legit), and has kept his team in the hunt. Leading the league in scoring and tallying assist and rebounds along the way is very impressive.

But he's not my MVP.

My MVP is James Harden. Harden has played in 70 of 71 games this season and is 2nd in the league in scoring at 27.1 points per game. In my opinion, he's number 1 in scoring because Westbrook has only played in 57 games.

Harden has been consistent and has carried his team to the 3 seed without the help of Dwight Howard. Unlike Curry and James, Harden has been without his strong 2nd, and has gotten it done.

Again, I can understand a case for any of these great players, but my choice is James Harden. Best of every scenario. 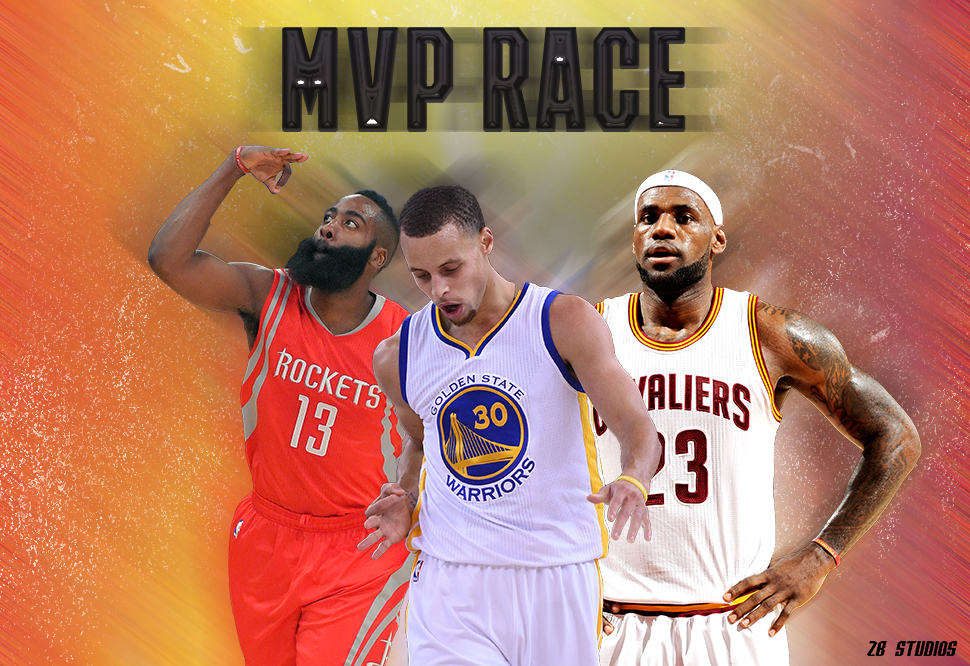