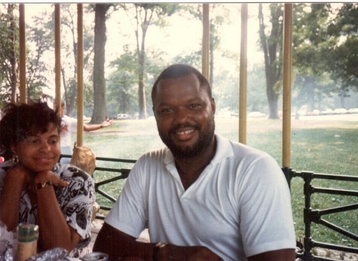 God called Larry home on Tuesday October 16, at Good Samaritan Hospital. Till his final day, His devoted and precious mother cared for and deeply loved him.

Throughout Larry’s upbringing, He was very active in the Wilson Park Community. Larry was always willing to help. Mowing lawns, cutting hedges and pulling weeds, were just some of the many acts of kindness Larry routinely showed. For many years, Larry along with his brothers got up at 4am to deliver the Baltimore Sun paper to the many surrounding Communities throughout Baltimore City, before going off to school.

Larry was a servant of the Lord Jesus Christ. Larry accepted Christ at a young age and would travel with his brother Garry to Towson to serve God with their grandmother, Rev. Sarah Gardner Causion. Larry and Garry were members of Rev. Causion’s singing group, The Children of Zion, and would sing from church to church through Maryland and Vicinity. Larry also sang on a multitude of Choirs throughout the city including the Jackson Choral Ensemble. He was an active member of the Wilson Park Christian Community Church, where he served on multiple boards and choirs.

Larry received his education from Baltimore City public Schools, and was one of the Inaugural students of the New Winston Elementary school in 1959. Larry graduated from Northern High School and went to pursue higher education at Morgan State University.

“Cutty”, as he was known as by his friends, was a Morgan man through and through. He loved his school and loved his Fraternity, Groove Phi Groove. Larry was featured in Morgan State University’s book, Who’s Who in American Sports, as he excelled in Swimming.

Larry was a care provider in the Funeral Industry for more than 30 years, serving families all over the City. He loved to serve and made lasting connections with people wherever he went. Larry also worked many side jobs to provide for his family.

While attending Morgan, Larry met the love of his life, Linette Smackum, and married her on July 16, 1986. This union produced three children, Maria, Larry Jr., and Catherine Causion. Larry loved his family and would do whatever it took to make sure they were taken care of.

Larry traveled extensively with his family, and made sure that his children were never shortchanged of anything in life. From weekend stays at the Embassy Suites or Ocean City, to week long trips to Disney World and Las Vegas, Larry and Linette made sure their children were exposed to the world outside of Baltimore City.

Larry enjoyed life and loved sharing it with his friends and family. He loved fishing, he loved camping, and he loved shopping. He would routinely seek out yard sales, flea markets, and drive up to the auction on Monday night’s, all in search of a deal, even when he didn’t need it. Larry was also a salesman, or hustler by nature.  But no matter what, he had a heart of gold.

He would help anybody who needed help. Larry would cook a pot of food and feed everybody in the neighborhood if he could. He opened his doors to those in need. That’s just how he was.

On this father's Day, I remember the strong willed man who taught me how to be a man. He showed me how to do so many things that are so important to how I live my life today. Growing up was not easy trying to please him sometimes, but as you get older, you realize that those lessons where done for a reason and they helped prepare me for life's obstacles.


My father's legacy will forever live on through his children, Maria, Catherine and Larry Jr. Happy Father's Day Daddy, until we meet again. 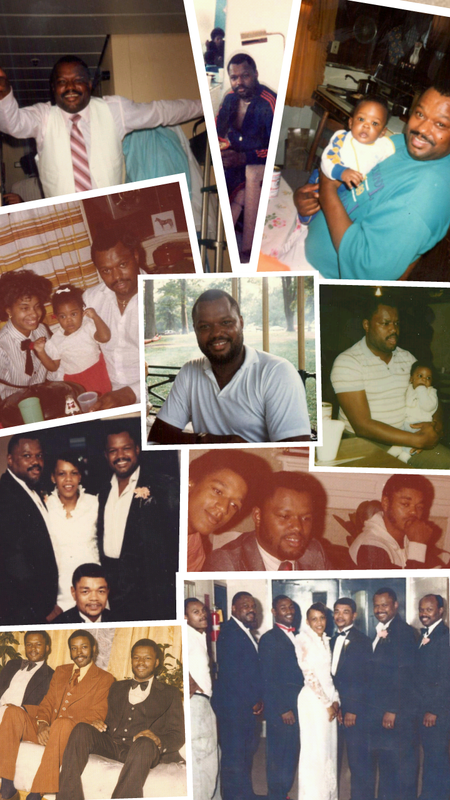