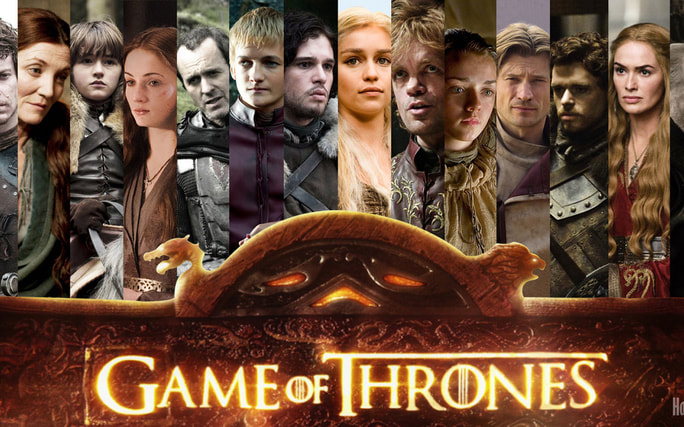 By: Larry Causion Jr.    CausionCreations.com
Posted: Friday, April 10, 2015
One of the many perks of running my own website focused on things I love to talk about is I get to connect with so many people who love the same things I do. And my passion for great television has not gone unnoticed.

So much so that I have now begun receiving advanced screeners for upcoming television shows, thanks to a great friend who is connected in the Industry.

So recently I was able to watch the premier of the new season of Game of Thrones, and it was intriguing. Of course I won't spoil much, but i must warn you that I will be touching on some upcoming plot lines.

So skip this article if you don't want to know anything, but there are no spoilers.

Last season Joffrey was killed, and Tyrion killed Tywin Lannister, on the toilet, LOL, so the power is up for grabs in Westeros.

Tyrion is on the run, after Jaime freed him, and Tyrion has Varys to protect him. Tyrion fears that he will never be able to return to the Kingdom since he assassinated his father, but we all know Tywin deserved it after what he did Tyrion, accusing his own son of murdering Joffrey, and making him stand trial.

Stannis Baretheon is seeking the help of the Night's Watch and Jon Snow, as he trie to take over Winterfell now that Tywin is dead. Yea, trouble is on the horizon folks.

Daenerys continues to try to rule as a kind a gentle leader to the common man, but of course its causing issues with the leaders in her society. She just can't please everybody. And those Dragons are getting huge and dangerous. They may even turn on her pretty soon.

The 5th season of Game of Thrones looks to be an interesting one, with many questions to be answered.

How Cersei and Jamie's disgusting relationship be affected by the revelation that he freed Tyrion?

Will Stannis be able to take rule of Kings Landing now that Tywin is dead?

Is Daenerys and her strong army of freed slaves ready to take rule?

Will Arya Stark return to King's Landing avenge the death of her parents!!!!!!

Lots of questions, and, I’m sure, more to come as the season continues.

Be sure to check out Game of Thrones, Sunday night on HBO.