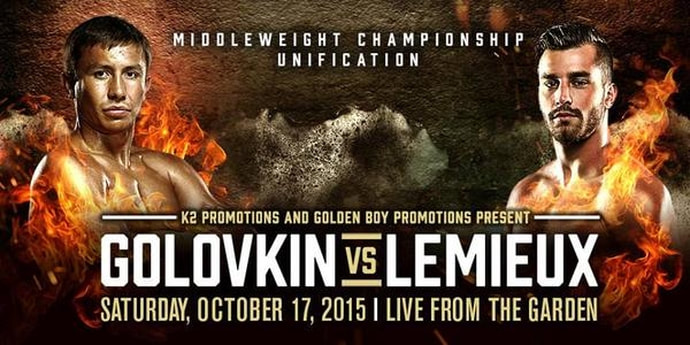 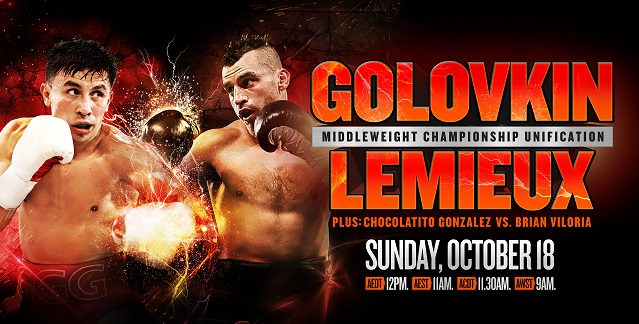 ​Boxing fans and boxing critics have been waiting a very long time to finally find out if GGG is the real deal or if Lemieux could pull this upset. Welp..... 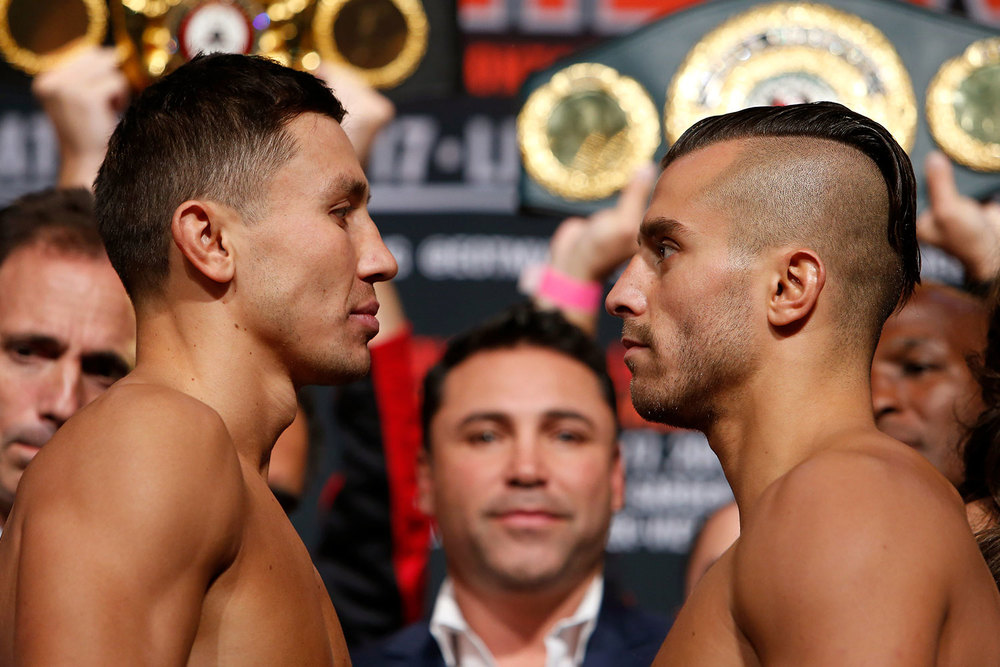 IBF champion David Lemieux
vs
​IBO/WBA champion Gennady “GGG” Golovkin
GGG gave Lemieux a methodical beating in stopping him in the 8th round to score his 21st consecutive knockout. Golovkin hurt a bloody Lemieux with a flurry of power shots to the head and body in the 8th, causing referee Steve Willis to halt the fight at 1:32 of the round with Lemieux still on his feet.

Golovkin knew how to nullify Lemieux’s punching power by fighting on the outside, jabbing him, and picking him off with left hooks and right hands. Lemieux was winding up on his big left hook all night long, but with Golovkin not getting close enough for him to and it, Lemieux was hitting air all night long rather than finding the target with his left hook. The fight became really easy for Golovkin after he hurt Lemieux with a big left hook in the 4th round. It became a total route after that round.