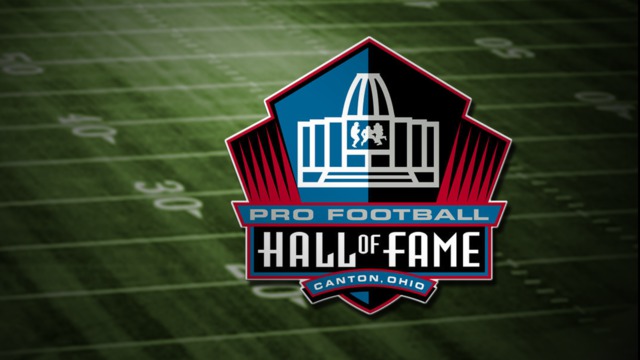 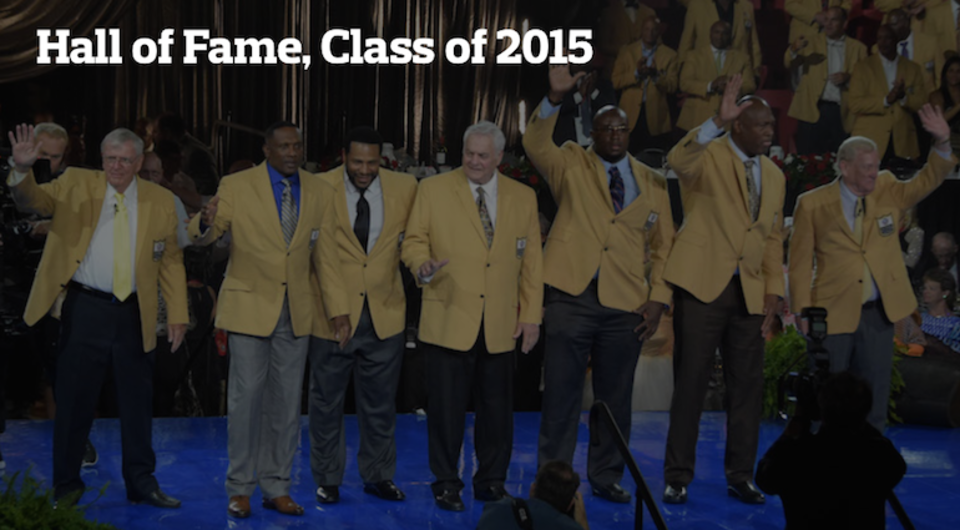 Highlights that stood out me included the induction 5 time Superbowl Champion, Charles Haley.
Another highlight for me was the speech given by Bill Polian. I actually thought he was excellent, paying homage to all the coaches and players that helped him be great at his job over years.

I have a special respect for men such a Polian because scouting and recruiting talent is often a selfless job. He never played in the league, and yet has the respect of so many and has had great success. I loved his speech.
Emotions reach a super high when Junior Seau's daughter, Sydney inducted him into the Hall of Fame. Jeez. That guy was a monster, and his death was so unfortunate. His mother's weeping was gut wrenching.

Words can't express the strength it took for his daughter to speak in the place of her deceased father. No question, the best moment of the night. I also liked that they did it in interview form, and didn't have her stand at the podium alone. She showed so much strength.
Tim Brown's speech was what you would expect out of a all about me wide receiver. He just talked about himself a lot. I can't say it was great, but good for him for getting in. I wouldn't have voted for him though.

And closing the night was Jerome Bettis. I am on record as saying I don't think he's a Hall of Famer. But honestly, I'm happy for the big fella. He's a good man, and played a tough style of football that I appreciate. I hate the Steelers, and their fans were obnoxious as usual, but good for him.