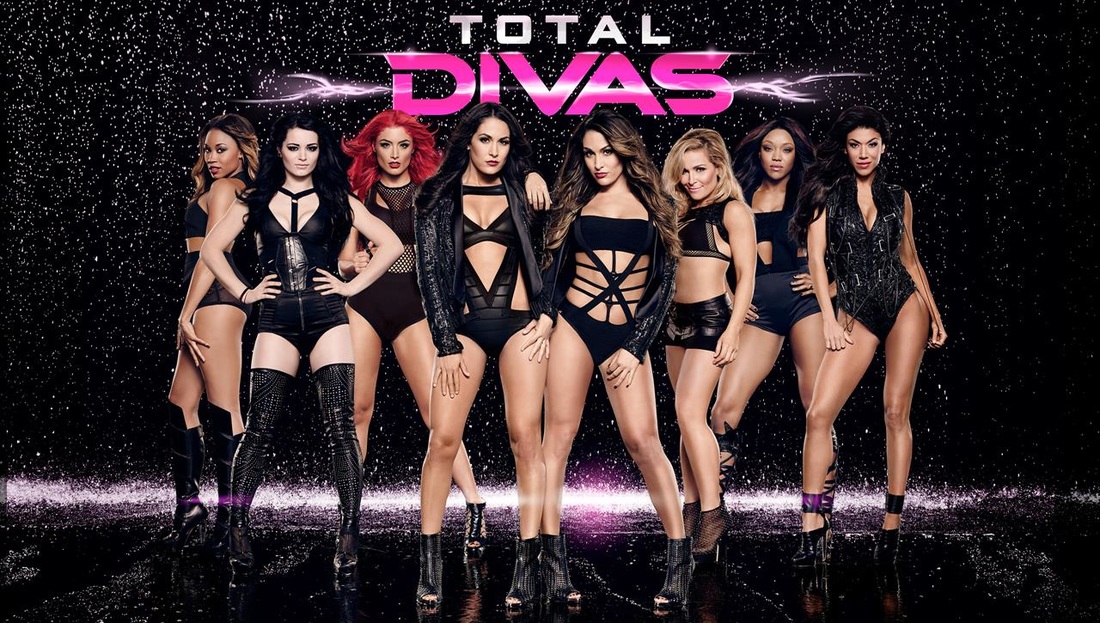 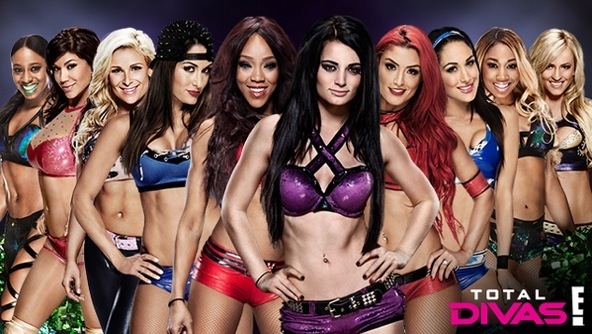 I hate Total Divas. It's the worst thing to happen to the wrestling business since the introduction of the XFL.

Its so phony and contrived and it adds no purpose or value to the product. They are good to look at for the most part though, but its still not enough to be worthy of my time.

But since I review everything and I am a wrestling fan, I feel obligated to at least give you a brief summary of what has been happening this season.
Season 4, Episode 1

-Nobody Likes Eva Marie: Last season, everyone was fairly impressed that Eva Marie was going back to NXT to train. Nope, turns out she was actually going to Los Angeles to train privately with Brian Kendrick because WWE thinks she's special. Mark From Talent Relations side-steps the “Eva's special” issue and the entire thing turns into the other girls getting mad at Eva. In other news, Eva's having a rough time because wrestling isn't something you can get great at through a few weeks of Brian Kendrick training you.

-Are The Bellas Leaving? WWE offers the Bellas a better contract than they did before. They both hem and haw. Nikki decides to stay. Brie doesn't. (Although I would bet cash money that she caves by the end of this season.)

Sadly, no John Cena in the premiere and barely any Daniel Bryan. The episode ends with a cliffhanger with Eva Marie walking into the Divas locker room backstage at RAW.

It's WrestleMania Weekend! And there's all kinds of chaos going on!

-The Anvil At Mania Weekend: Nattie's dad, Jim Neidhart, is out of rehab and attending WrestleMania weekend. Expectedly, putting a recovering addict into a party atmosphere is a terrible idea – Bret Hart says as much – and Nattie stresses about it. After a lunch with Bret and his wife, Nattie decides to relax a bit; if her dad is going to recover, he's going to have to want it for himself. They do a signing together at Axxess and it's adorable.

-Brie Wants A Baby: Brie and Bryan Danielson go to a fertility clinic. Jokes are made.

-Paige Finding A Dress: Paige is going to the Hall of Fame and needs to find a fancy gown. She and Alicia Fox go hunting for a gown, but cannot find one she likes. After an encounter with a fan, she decides to wear a black dress with her normal boots because she doesn't want to change who she is.

And for the second straight episode, we end with a cliffhanger as Eva and her husband arrive at a charity event on WrestleMania weekend, expecting another big confrontation.

This show is worthless, but some women like it so good for them.

I filled my quota, I'm done talking about this crap. 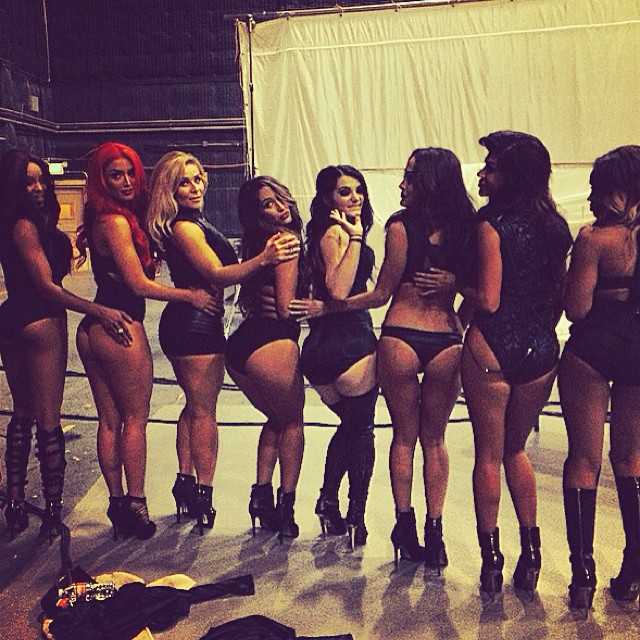