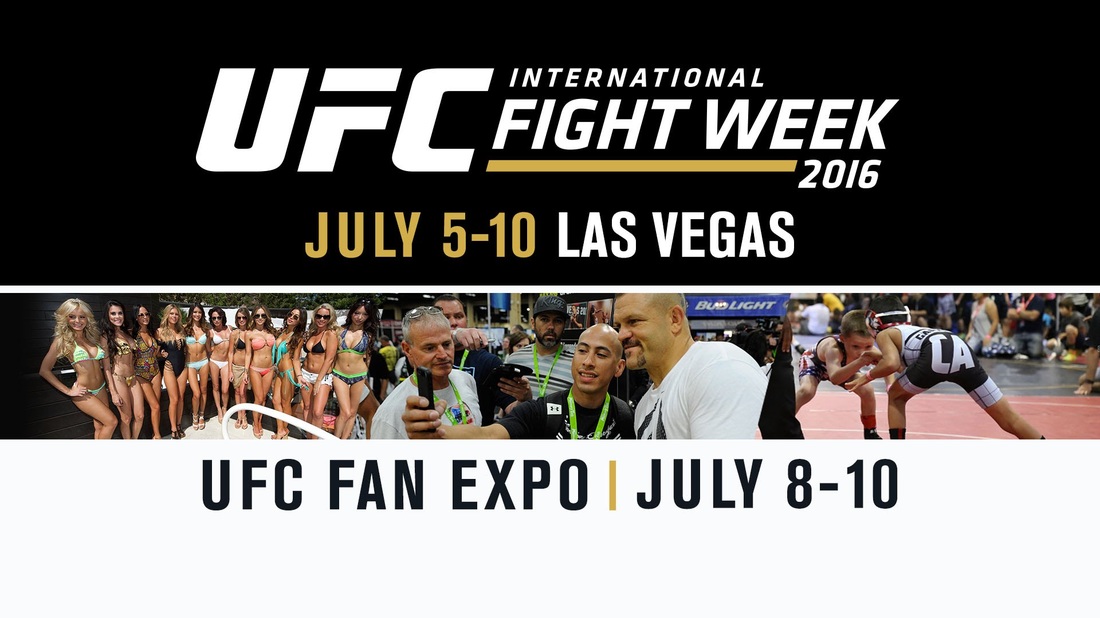 ​By: Larry Causion Jr.    CausionCreations.com
Posted: Tuesday, July 5, 2016
This week, thousands upon thousands of Mixed Martial Arts fans will journey to Las Vegas Nevada for the International Fight week. There the UFC will present its Annual fan expo, and three fight cards, headlined by championship title fights. The biggest of which takes place on Saturday night at the new T Mobile Arena, UFC 200.

I will be traveling to Vegas with two of my closest friends and my cousin, as I couldn't allow this great weekend to come and pass me by. Today, we will run down the highlights for the week and preview what to expect. 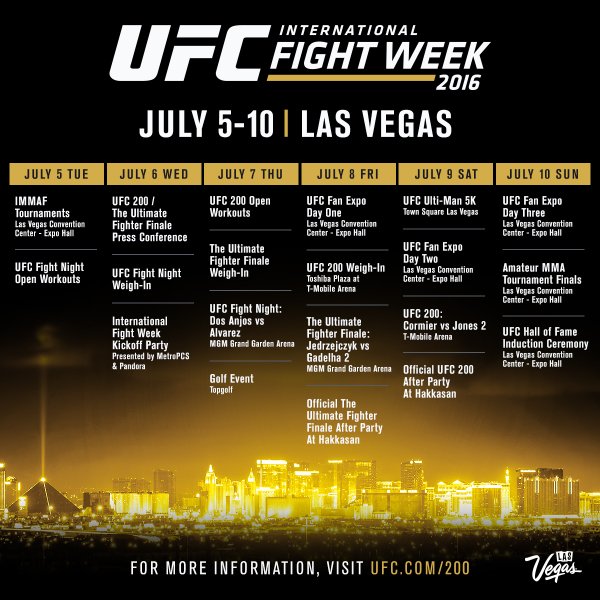 On Thursday night, UFC will present a UFC Fight Night at the MGM Grand on Fight Pass. The card is headlined by the return of UFC Lightweight champion Rafael Dos Anjos, as he defends his title against former Bellator champion Eddie Alvarez. Its crazy to think that many of the events of the past 6 months in UFC were due to Dos Anjos getting injured and having to pull out of his fight with Conor McGregor. And he was replaced by Nate Diaz, the man who choked McGregor out. I expect Dos Anjos o come out ready to destroy.

Roy Nelson will battle Derrick Lewis in a heavyweight bout, which should be a slug fest that won't last long!! Show will be on Fight Pass only. 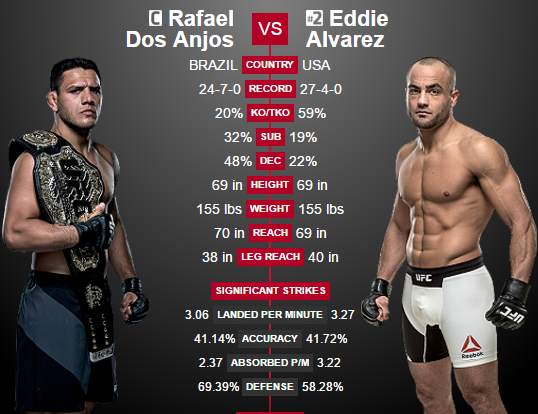 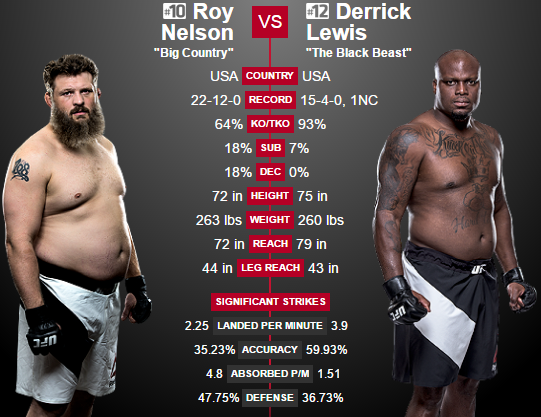 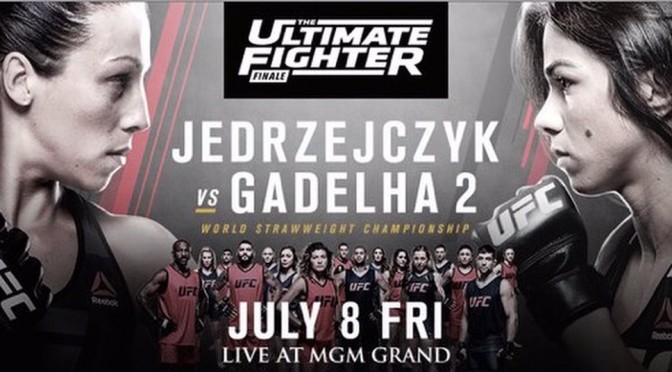 On Friday night, the UFC will present The Ultimate Fighter finale, headlined by a grudge match between this seasons coaches, UFC straw-weight champion Joanna Jedrzejczyk will defend her title against Claudia Gadelha on FS1. This will be a true blood fight, between two women who hate each other. The hate is real and I expect a brawl.

The winner of the Ultimate Fighter also be decided on the show. 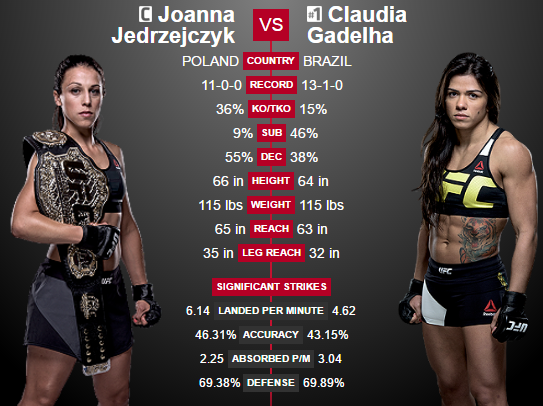 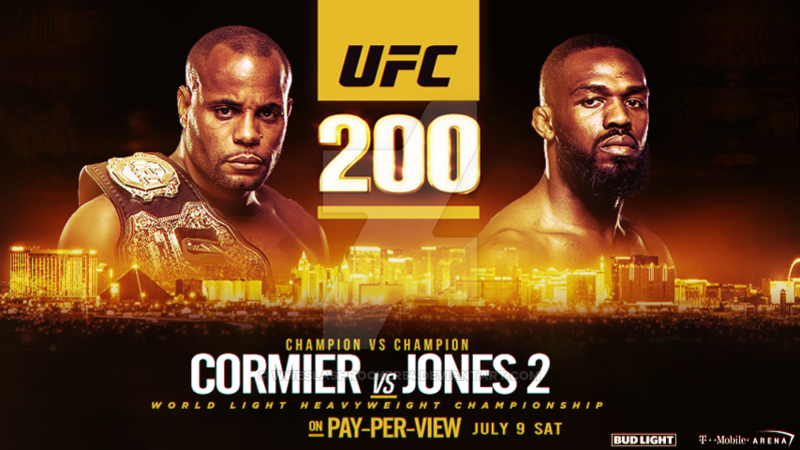 And then there is what we all are here for, UFC 200 on Saturday night. This card is simply stacked!!! Not only is this show headlined by a battle for the Undisputed Light-heavyweight championship, a title Jon Jones never lost, but its a battle between two men who absolutely hate each other. Yes its a rematch, yes, Jones beat him convincingly the first time, but it doesn't matter, I want to see Jones kill DC!!!

Three world title fights one card is ridiculous. And then there is the return of the beast, Brock Lesnar. Jeez. This show is going to be epic!!!!!!!! 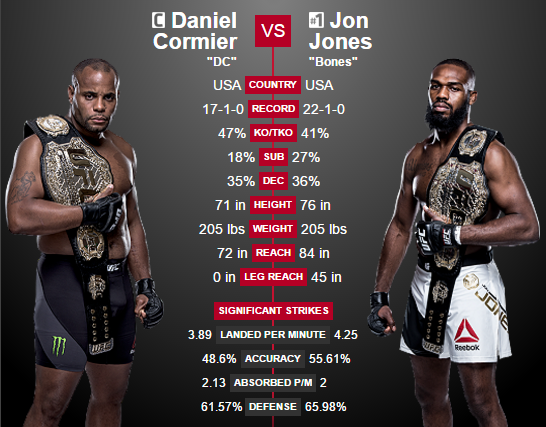 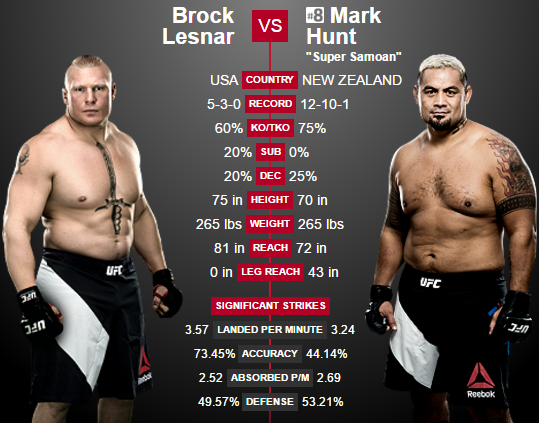 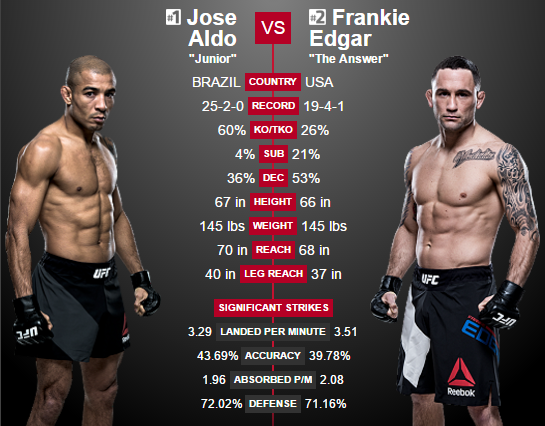 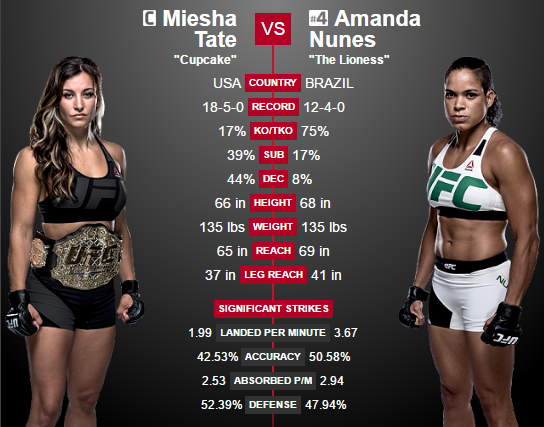 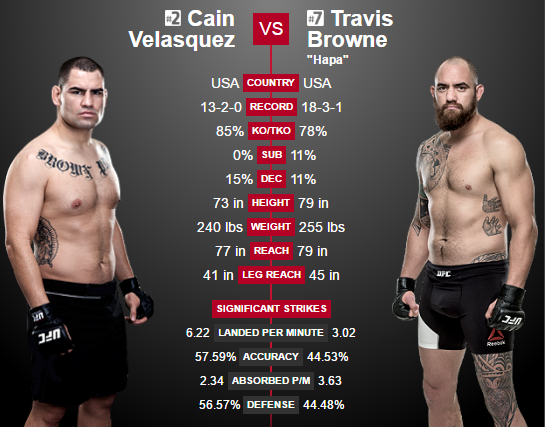 And that's just the main card!!!! The prelims could headline a show all in itself. I mean got damn. Check out this lineup. 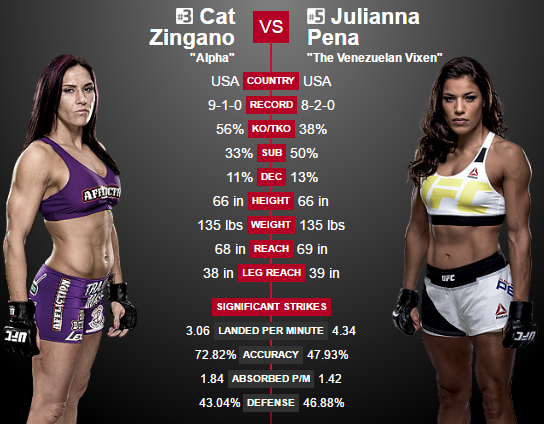 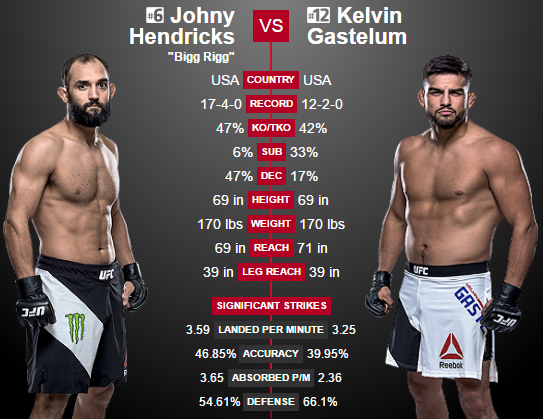 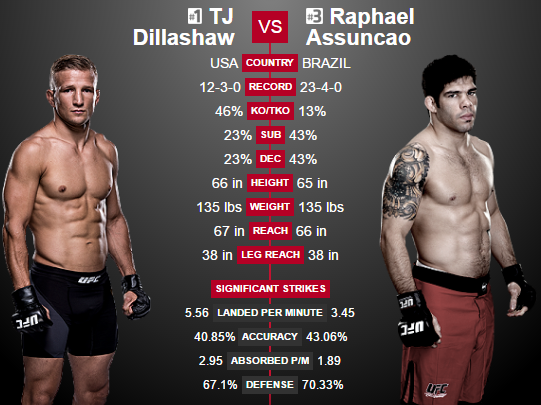 With quite possibly the deepest show lineup in history capping off the week, UFC 200 could challenge the UFC PPV buys record set by UFC 100. I'm just glad I will be in Vegas to witness this and feel the atmosphere. And I will bring you reaction and reviews from Vegas all week. I can't wait!!!!!