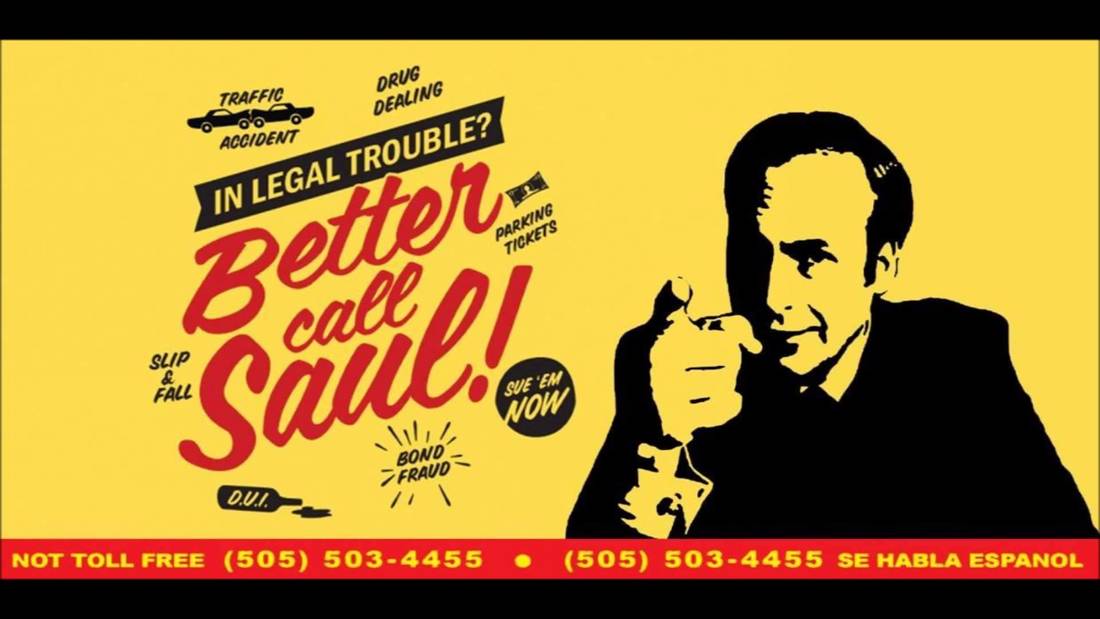 What you Should be Watching: Better Call Saul

By: Larry Causion Jr.    CausionCreations.com
Posted: Saturday, March 28, 2015
Anyone who was a fan of Breaking Bad should already know this, but for those who were not, you may want to give it a try. Breaking Bad was one of the best shows I ever watched and is ranked number 2 on my all time greatest TV drama list, and with great reason.

Breaking Bad focused on Walter White, a High school Chemistry teacher who was diagnosed with cancer, and given an expiration date on the rest of his life. Knowing his death is imminent, Walter decides to take matters into his own hands, and make as much money as he can to leave for his family when he's dead. So, he decides to put his science knowledge to use and become a crystal meth cooker. Eventually Walter not only becomes a cooker, he runs a business, along with his former student Jesse.

Like any good criminal, Walter needed a way to "clean" his dirty money, so he retains the services of a crooked lawyer, by the name of Saul Goodman. On Breaking Bad, Saul is represented as every underhanded, slimy lawyer you ever heard of, and he is mixed up with some heavy criminals as well. But there is always a charm to Saul, that always comes off as entertaining.

So at the conclusion of the series run of Breaking Bad, fans were delighted to hear that show creator Vince Gilligan would be producing a spin off  concentrating on Saul Goodman.

The show was given a perfect title, Better Call Saul.

Better Call Saul concentrates on the years prior to when we originally meet Saul on Breaking Bad and it really gives us great insight into the man we later were introduced to. Saul, whose name is really Jimmy McGill is such a complex character and the growth and revelations we as viewers witness every week is quite fascinating.

Vince Gilligan has done a great job filling out not only the background of Saul, but also Mike, the tough guy enforcer from Breaking Bad.

I won't spoil the show for you, but do yourself a favor, watch Breaking Bad if you have not. And then watch Better Call Saul. You won't be disappointed. 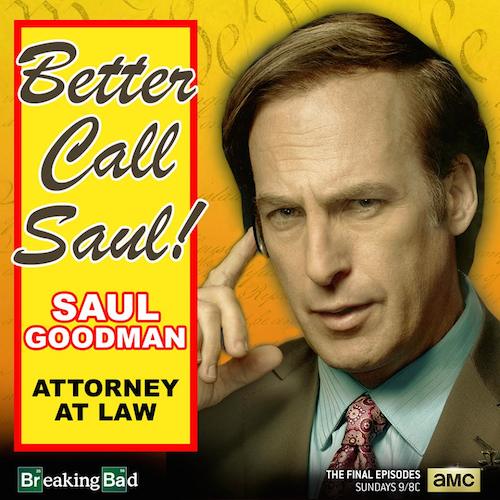