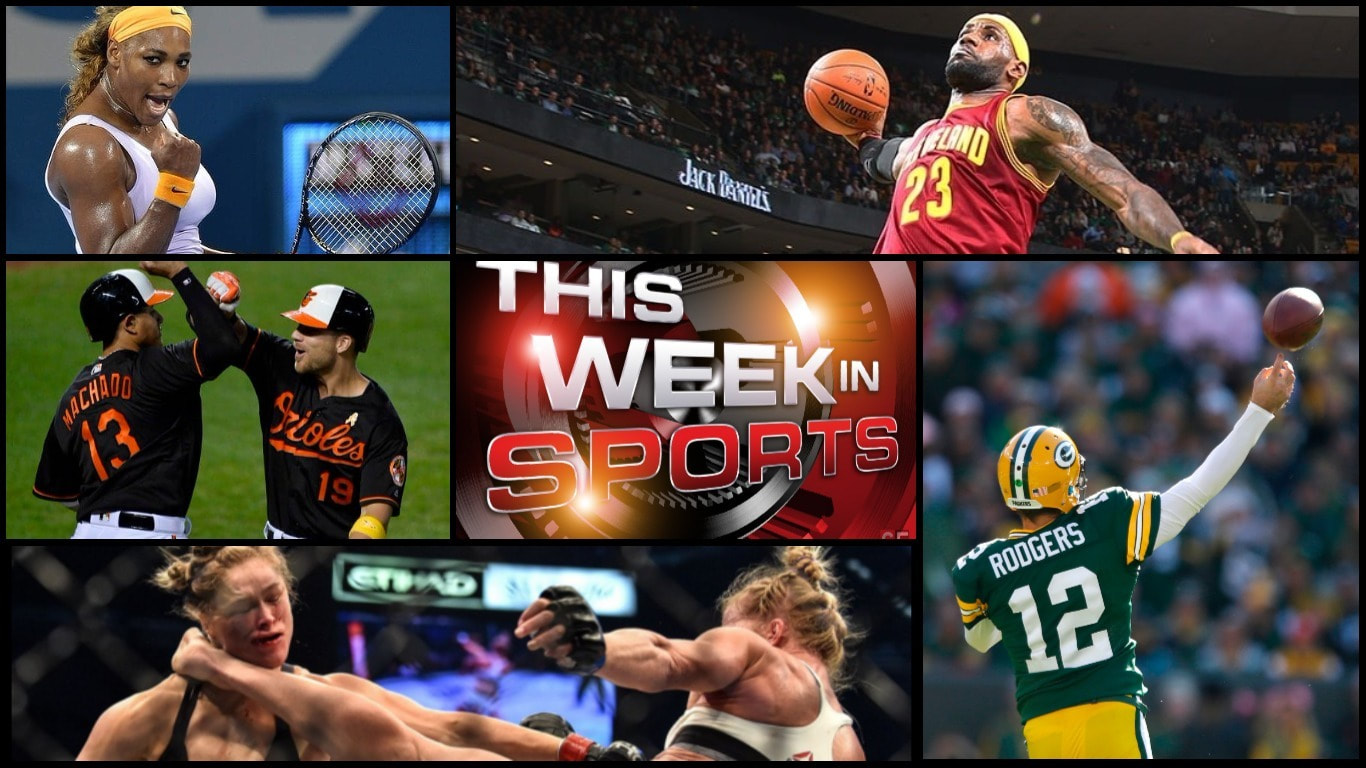 I LOST THE MAGIC

Growing up in Baltimore, I have been a Orioles baseball fan my entire life, and have supported the team through thick and thin. I remember back to my early days going to Memorial Stadium, not far from my house in North East Baltimore, and watching the games with my father. I also remember watching the Orioles vs the California Angels during the inaugural season at Camden Yards. Who could forget the magical season where Cal Ripken broke the consecutive games played record. Who could forget the excellent and loaded Orioles team that should've gone on to win the World series but got robbed by Jeffrey Mayer in Yankees Stadium.

​Watching Peter Angelos disband a team that should have rivaled the Yankees for years. Signing Albert Bell to ludicrous contract. Completely tanking things for years, wasting Cal's latter days. Never investing in young pitching. Teasing us by signing Sammy Sosa, Miguel Tejada, Javy Lopez, and bringing back Rafael Palmeiro. Finding out everybody was juicing!!! Rebuilding with Brian Roberts, Matt Wieters, Nick Markakis, Adam Jones, Chris Davis, and Manny Machado. It's been a hell of a ride. 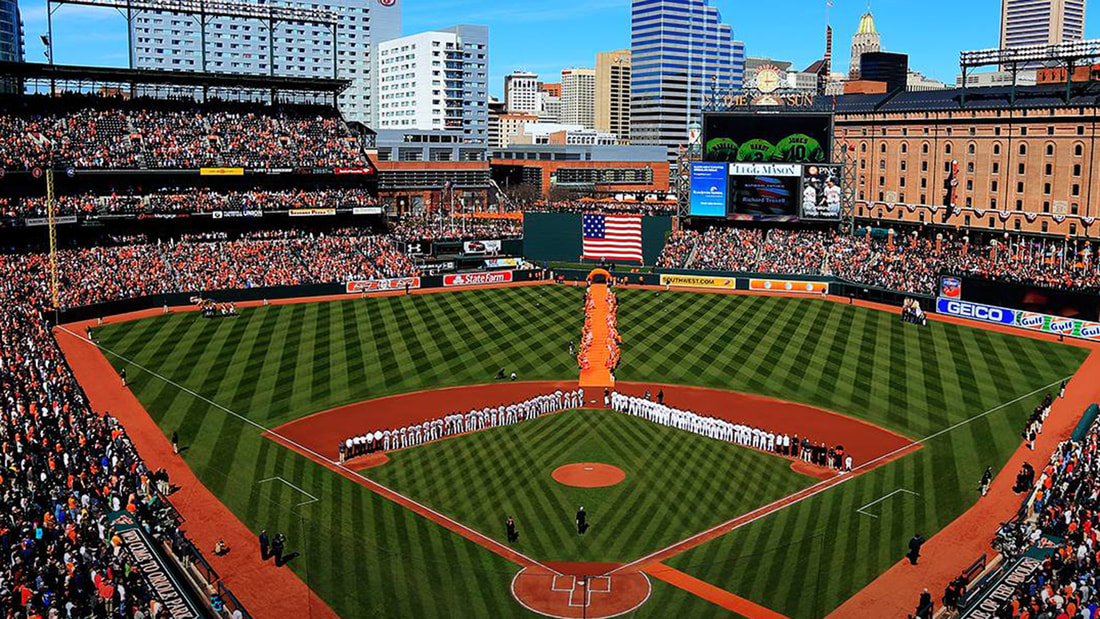 The picture above was shot at just about the same view I enjoyed from my season ticket seat for multiple seasons. I not only supported the Orioles with my fandom, but with my dollars. Sure, I have been frustrated with decisions the organization have made in the past regarding roster decisions. Sure, I hated the fact that despite receiving millions upon millions of dollars from TV contracts every year, they haven't invested that money into significant free agent signings. And sure it bothers me greatly that they are even contemplating letting a once in a generation talent like Manny Machado walk, when they have more than enough money to resign him. But none of that was the final straw.

I'm not feeling the Magic because after 64 years, the greedy Scrooge Mcduck, Peter Angelos, has decided to remove Orioles baseball from local television and air it exclusively on MASN. This is the definition of greed. How can you be the local baseball team for a city with the level of income and issues that Baltimore has, and be so naive to think that everybody has cable. What about those seniors, who grew up watching the Orioles and can't make it to the Camden yards or afford cable TV. So now, they can't watch the team they have grown to love for years. And for what? Greed. 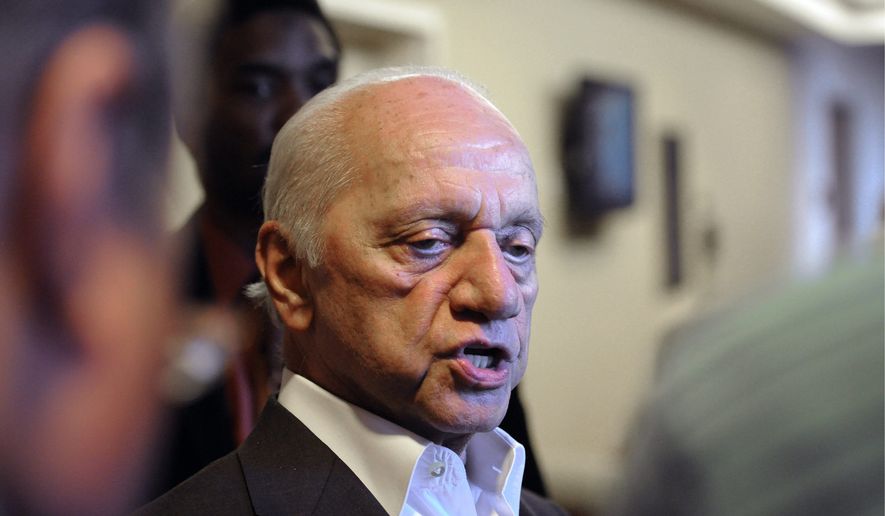 And the way they did it was simply sneaky, cowardly and pathetic!! They released a statement two days before opening day and just basically said, buy cable. You don’t break a 64-year-old tradition in a city that honors its past as Baltimore does with a three-sentence statement that offers no explanation for the change. This is part of the reason why people care less and less about the sport of baseball and wind up not giving a shit about the team. There is a disconnect between this etam and the community in which it reside and it starts from the top and its owner. It's simply ridiculous and I really am struggling with supporting them. Do I love my O's, of course. Will I still root for them, yea, because of my long storied fandom. But that Magic feeling is gone. No more benefit of the doubt. It's ridiculous man. 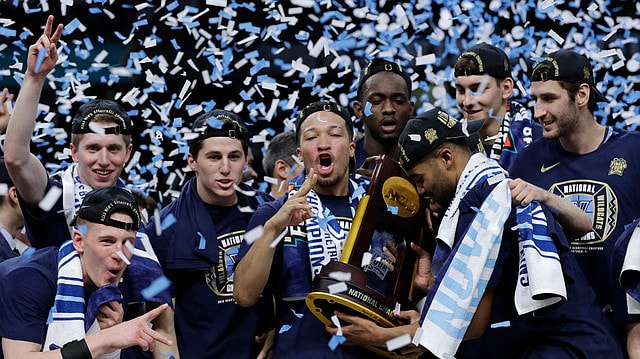 Congratulations to Coach Jay Wright and the Villanova Wildcats for capturing their second NCAA championship in the last three years, as they destroyed the Michigan Wolverines in Monday night's National championship game. I picked Villanova from the start and of course I still lost my bracket due to every other region being littered with upsets, but the champs were simply the best team in  the field. You have to give a lot of credit to Jay Wright for doing this in this climate, where he featured no seniors and the team gelled like a well oiled machine.

Donte DiVincenzo came off the bench and was simply sensational, putting up 31 points and taking home the Most Outstanding Player award. But the real story was what it has been during this entire run, the ability for Nova to shoot the three ball with regularity and efficiency. All five guys can stretch the court and shoot it from deep, which puts any defense in a heap of trouble. Michigan stood no chance from the opening tip, and it was a rout. Congrats to the City of Philadelphia, who are one hell of year so far. 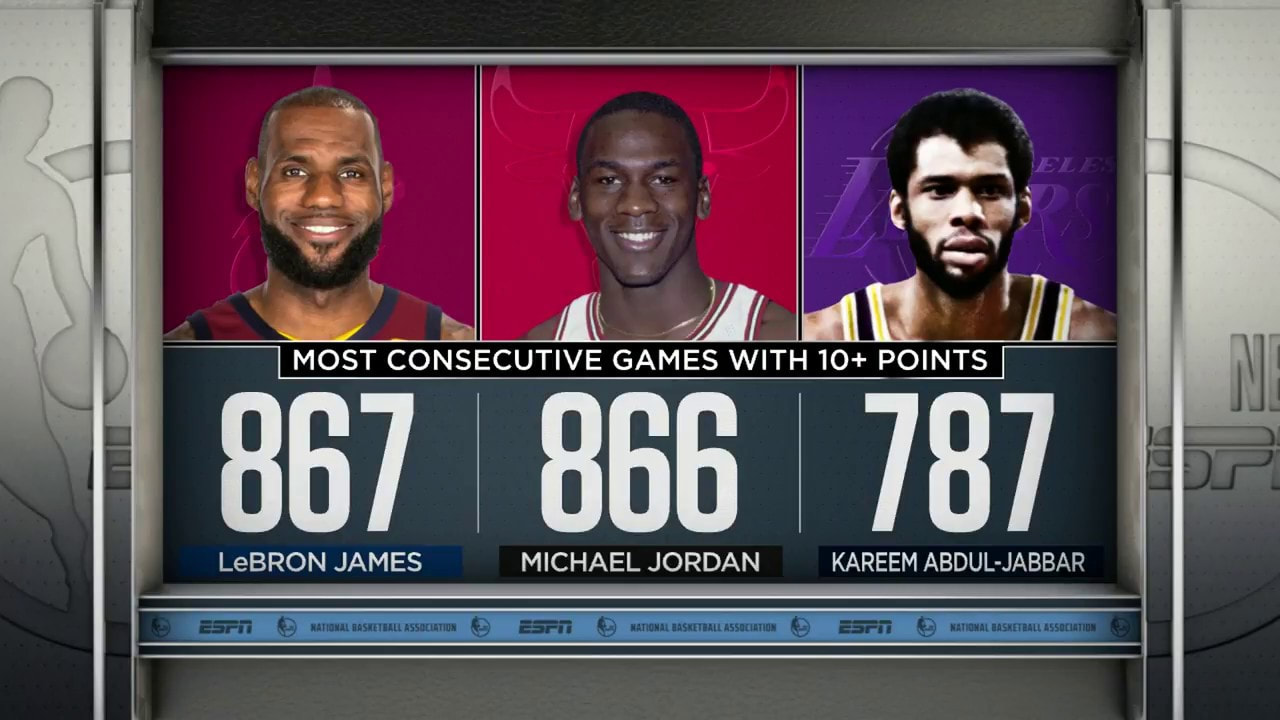 No Lebron is not better than Jordan. No this record doesn't mean he will be better than Jordan. Yes, Jordan is still 6-0 in NBA finals and universally regarded as the greatest basketball player of all time. But that diminish the fact that Lebron James scoring at least in double figures, 10 points, in 867 straight games is a hell of feat. We've seen players get hurt, ejected, have a terrible night from the field etc., and not score in double figures. Players who are extraordinary. But for 867 games, Lebron, who is universally regarded as a pass first player, has put up at least double figures. That means he not only shows up to play but produces on a consistent basis. Impressive. But you know haters gonna hate.
By: Larry Causion Jr.    CausionCreations.com
Posted: Tuesday, April 3, 2018