OBJ Shut the Loud Mouth Up! 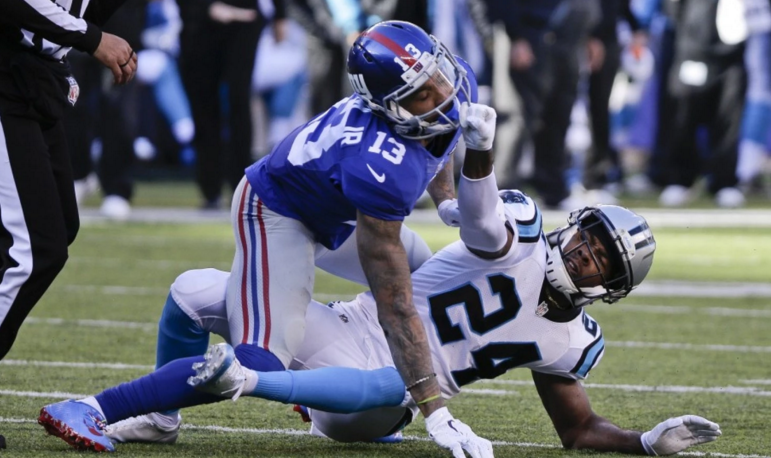 Let me say this right off the bat, Odell Beckham Jr. made a stupid decision on Sunday when he decided to take his helmet and rammed it into the head of Josh Norman. This was a dirty play, and should never happen in the sport, no matter the circumstance.

That being said, I ain't mad at him.

Last night, I heard so many people calling Beckham a dirty player for committing that action. I just think he made a rash decision out of anger and should have been punished swiftly for it by the refs. But they decided it wasn't worthy of an ejection, and the battle continued on.

The brawl, cause this was a brawl, between these two great players at their position, happened all day long and got physical and combative. Watching on TV is one thing. Seeing what was available via TV replays is another. But being down on the field in the heat of it, is an entire different monster.

The refs were in a tough spot. Norman was jaw jacking before the game even started. Reports are that Beckham felt he was threatened with a baseball bat. Kind of a stretch in my opinion, but I don't know about that. Seems a bit far fetched. But something happened that took this thing to another level between these two.

Now I have heard many say that its Norman's job to get in OBJ's head and do whatever her has to to take him out of his game. I agree that a huge part of the game is mental, and in that regard, Norman was hugely successful. But to that end, whatever he said or did, pushed Beckham over the edge, further than Norman ever thought. So shit got real!!!!

If you read my Facebook, I explained that I earned respect for OBJ. Not for the cheap shot helmet to helmet that people will concentrate on. But for standing up to the bully. Norman clearly was egging him on, getting extra physical with him, and skirting the rules to rough Beckham up. To the point that OBJ said fuck it, and went on the attack. I loved it. He put Norman on the defensive, and in the end, he got in Norman's head, and took him out of his game. Giants still lost, so Norman won in the end, but as a man, I don't blame OBJ one bit for defending himself and fighting back.

Do I condone The head butt, no. But I do condone a man, standing up against a loud mouth bully, and that is what Norman has become to me. Another Richard Sherman, that needs to punched in the mouth and knocked off his game in order to have success against him. Of course, the helmet shot was the extreme, but the rest, was great!!!

Just a heads up, I don't care if you agree or disagree with me, these are my thoughts. You are completely right in thinking its bad sportsmanship or a punk move. Sure you are right. you are right in saying OBJ should have taken the high road and ignored Norman cause it hurt his team. You are right.

But guess what, I don't give a fuck!!! At some point, a man has to stand up and defend himself and not be punked by nobody. You are free to govern yourself how you feel, but Norman took it to the streets and thought he was messing with somebody soft. He found out he was dealing with a somebody with that dog in him. I loved it.

​And who is crying now? 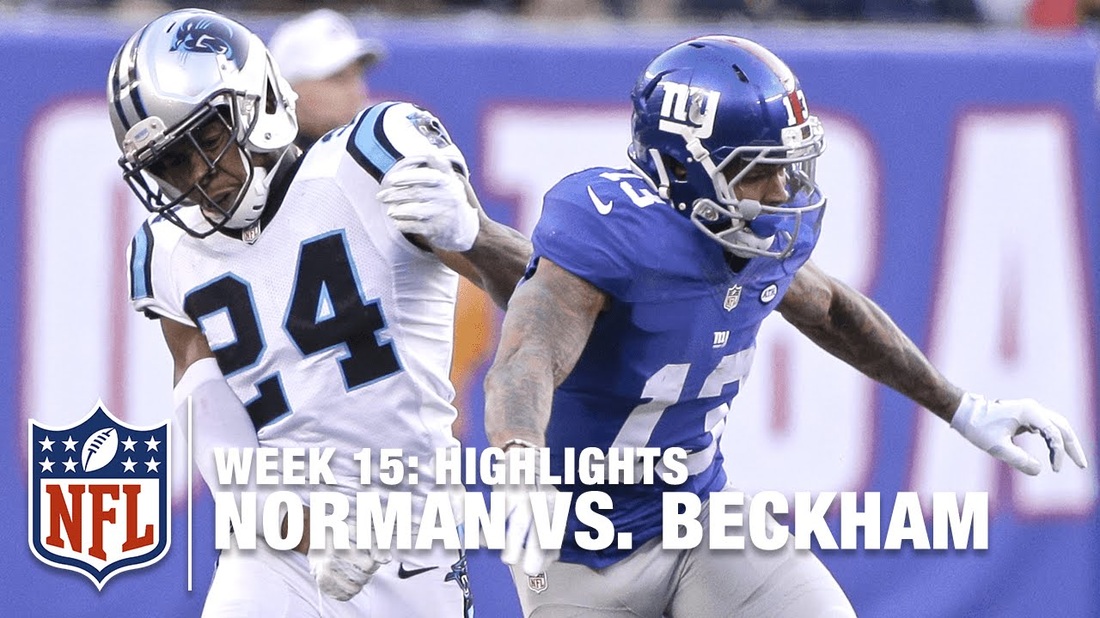