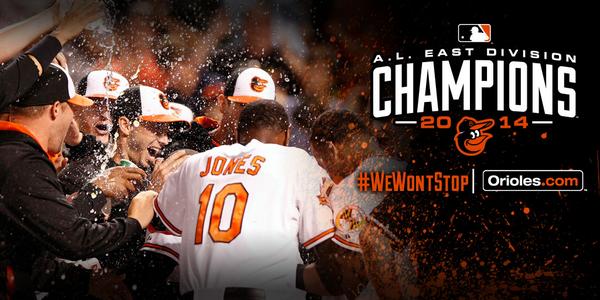 Why I love supporting the Baltimore Orioles 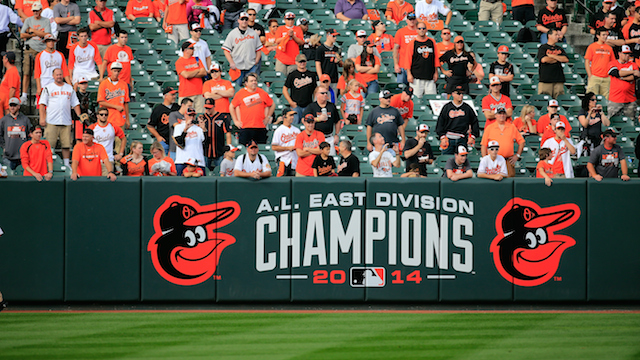 There are few things in life i enjoy more than watching sports. And there is nothing like going to a live sporting event.

My love for the Ravens is well documented, and there is no place I rather be than M&T Bank stadium during a Ravens game. I will continue to pay my money every season to feel that thrill, that excitement, and jubilation of witnessing the boys in purple fight for victory.

But my love for the game of baseball, in particular my home team, the Baltimore Orioles, is a love that I can't compare to any other sport.

You see, before we had the Ravens in 1996, I was a Orioles fan.
My father was a fan, my uncles were fans, and I was raised with orange in my veins.

I remember going to Memorial stadium on 33rd street, sitting in the bleachers, watching the O's battle it out. I was a member of the Junior Orioles. Long before Ray Lewis, I was a fan of Eddie Murray and Cal Ripken Jr.

I remember when Camden Yards opened, the church took us to a game in the new stadium and it was amazing. We played the California Angels and the Orioles won. I remember it like it was yesterday.

Following the Orioles in the 90's was a treat. We had so much talent and we finally put it all together to make great Playoff pushes in 96 and 97. Though we never won a title during those years, we had pride in following a contending team.

The issues that followed are well documented, and fans wouldn't be so passionate and frustrated over the decline and mismanagement of the team, if we didn't love the O's and want them to succeed. We know that many of the issues fans with owner Peter Angelos, are valid.

But the frustration and struggling years, caused many to abandon the Orioles and adopt the Ravens as the official team of Baltimore, especially after the Superbowl win in 2001.

But for me, that love for the Orioles is a part of me. I remember back when I was in college, I would convince my friends to go to 5 dollar student night at the Yard. Many were not even baseball fans, but they would go and enjoy themselves. Because going to the Yard is special. And the Orioles sucked. I mean were terrible, and we still went.

Then suddenly they got better, and we had something to celebrate. Suddenly the crowds started growing. The O's picked up Miguel Tejada, Sammy Sosa, and Javey Lopez. At the All Star break, we were in contention for first place! And the yard was filling up.

Then, damn near the whole team got busted for steroids, the team plummeted again, and all those bandwagon jumpers went back where they came from.

But not me. I'm a real fan. Through Jeffrey Mayor, Albert Bell, dog days of Sidney Ponson, Palmeiro wagging his finger, and the Buck truck, I have always loved my O's.

So last season me and my co worker Annette Burman decided to invest in season ticket packages. Best decision I made in a long time.

I love sitting with the real people just behind home plate, up the top. There is no other spot i want to watch a baseball game. Right over home plate. Nothing like it.

Last night the Orioles beat the Toronto Blue Jays 6-1, and really treated the fans to a nice dominant performance.

Sure the crowd was slim, for various excuses you will hear every season. It was chilly outside, a school night, it's only May, and the team is in last place. But the fact is, real fans show up to support their team consistently. Fair-weather fans wait until the team is doing really well, so they can hop on the bandwagon.

I don't worry about anybody else when I'm at the Yard. My tickets are paid for and i go to enjoy myself and support my team.

No other place I'd rather be.