Down goes my NBA Finals pick 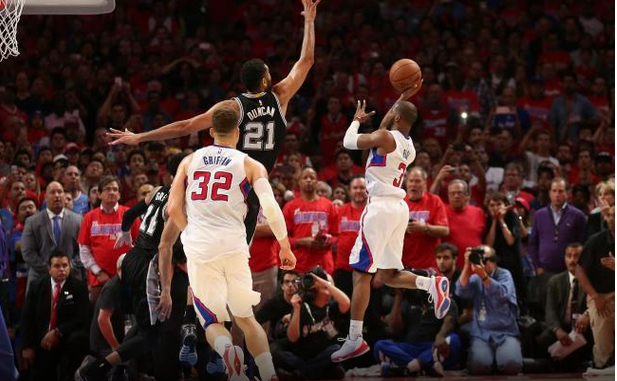 Last night it all came down to a few plays, and one big foul call.

The San Antonio Spurs, the defending NBA champions, my favorite team, and my choice for this years NBA finals champion, were eliminated in the 1st round of the 2015 NBA playoffs.

My initial reaction was fury, disgust and anguish. Not because we lost, because that obviously was disappointing, but the way we lost is what really pi**ed me off.

Now please don't confuse what I am about to say. We lost. We should have not let this series go 6 games. We should have won the last game of the season and been the 2 seed. We should have put put them away in 6 games. So in many ways, we lost because of our own mistakes.

Also, I won't discredit the gutty performance of Chris Paul. I don't dislike the Clippers in any way. After all they went through with Donald Sterling, the racist former owner, I am happy that they have bounced back this season.
But my issue is with a few blatant mistakes by the officials, all with just seconds remaining in the game.

How you blow the whistle and call a foul on Tim Duncan against Chris Paul is criminal. You don't make that call for incidental feet contact in game 7 of the NBA playoffs with seconds left.
Simply pathetic.

Then how with 1 second left and the Spurs attempting to get off a last second game winner, how do you run the clock and stop play when Belaneli breaks free on a screen and roll and was wide open to catch the inbound and put up a three.
No excuse for those to blunders by the officials. You can say what you want about other calls throughout the series, but in game 7, you don't make those mistakes.

I will talk about the season as whole for the Spurs at a later date, but for now I'm furious and I'm not letting this go easily.

The Spurs season ended before it was supposed to, but there are multiple reasons why.