For all the latest news on Wrestlemania, check out our latest volume of the
Road to Wrestlemania Podcast 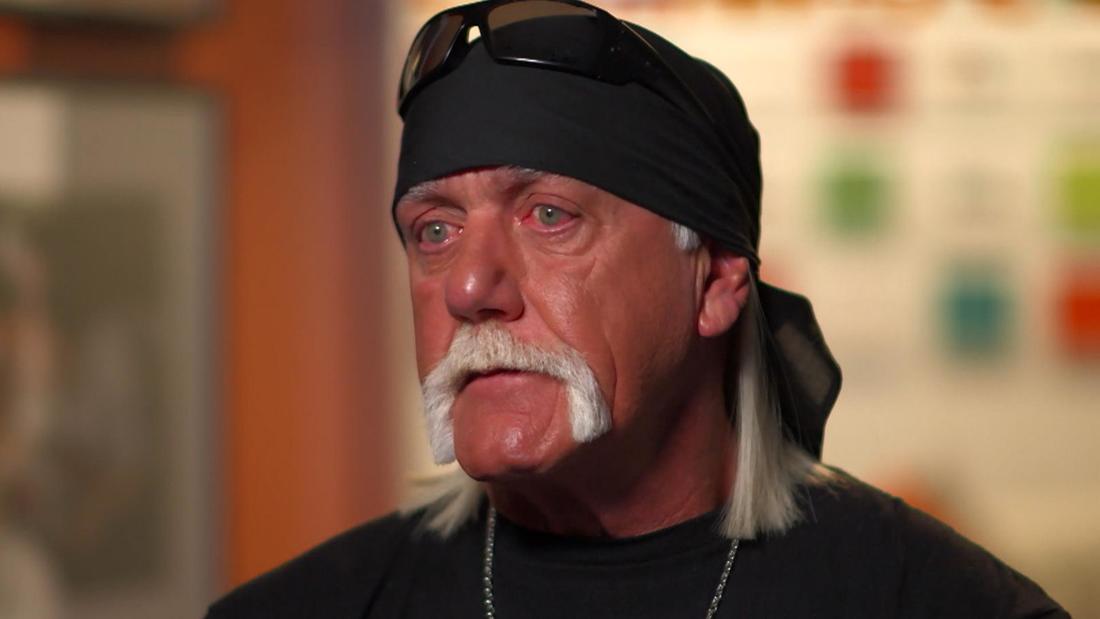 Hogan Still Not Welcome Back

Lately there has been speculation and rumors that WWE could be gearing up to welcome back Hulk Hogan into the family, but that was pretty much shot down yet again this week. The bottomline is, while we all know Hogan is a major part of the WWE history, and a major reason why many, me included, became fans of the genre, not bringing Hogan back is all about sponsor reaction. WWE and Hogan have had regular communication for some time now and it's basically waiting for the right time to do it without risking any sponsor backlash.

​This past Thursday night, Hogan was at the party for the premiere of the Andre the Giant documentary that Bill Simmons, HBO and WWE were behind. But then WWE released a statement that they have no contract with Hogan and at this time, he's not coming back. To me, it's been long enough. I get it, what he said was inexcusable and it gave us a glimpse of his true heart. The man so carelessly used the "n-word" and spoke on how he didn't want his daughter dating a "n-word" unless he was a tall ball player. It was horrendous.

But at some point, I believe in second chances. I know it sounds like I'm putting my love for Hogan the performer over what my brain should be telling me as a black man. But we all say some crazy shit sometimes in private that we would surely regret if it were secretly taped and broadcast on the internet. Well, I know I do. At some point, you can't just erase Hulk Hogan, the biggest star in the history of wrestling, from the company he built. 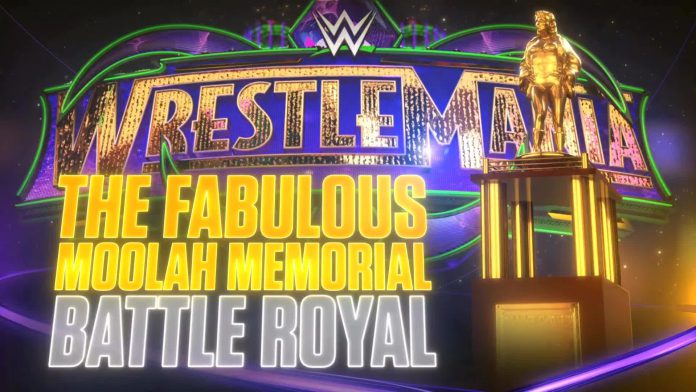 After a tons of backlash on social media got the attention of Snickers, who is the biggest sponsor for this year's Wrestlemania, ​WWE dropped the name of the Fabulous Moolah Battle Royal. For me, a man who just made a case the Hulk Hogan should be forgiven and brought back into the WWE fold, this move stunk of corporate pandering. WWE named the match after Moolah because Vince feels she was a major part of their history and both he and father had a great working relationship with her. Hell, Vince used her as a talent during the hottest times of the Attitude era. Where was this backlash and vitriall then? Its not like the issues people have with her are from things she did recently. We are talking things from 30 to 50 years ago. It's very hypocritical in my opinion, because nobody's hands are that clean.

In 2006, that's right I said 2006, some stories started getting traction where old timers talked about how Moolah basically pimped them out and made them do sexual favors for promoters and wrestlers on the cards they worked on. She also took a pretty high percentage of the money the wrestler received as payment for getting them bookings. Welcome to the business world folks!!! Long before Moolah, the notion that women wrestlers had sex with promoters for better bookings or payoffs is as predictable as young singers screwing a producer trying to get a better record deal. Of course it's bad through 2018 eyes, but its not like earth shattering or something that wasn't a fabric of the times. To make it seem like Moolah was any worst than Vince Sr., or some of the old time promoters is crazy, its just she was a woman, trying to navigate in a man's world. And of course she's being judged harder. Smh.

​Many who spent years working for her also defended her, saying many of the things she's accused of didn't happen, but it tells a juicy story. I mean, watch a few shoot interviews. There are plenty of guys who shit on people or tell stories that others call bullshit and sour grapes on. But it's that person's word, and you have to take it for what it is. Probably a lot of truth to the claims, but its still wrestling people and carnies will be carnies. Especially if you have an axe to grind.

​But Snickers responded to the people and put pressure on WWE to eliminate Moolah from the Battle Royal, and essentially she'll be erased like Hogan was. 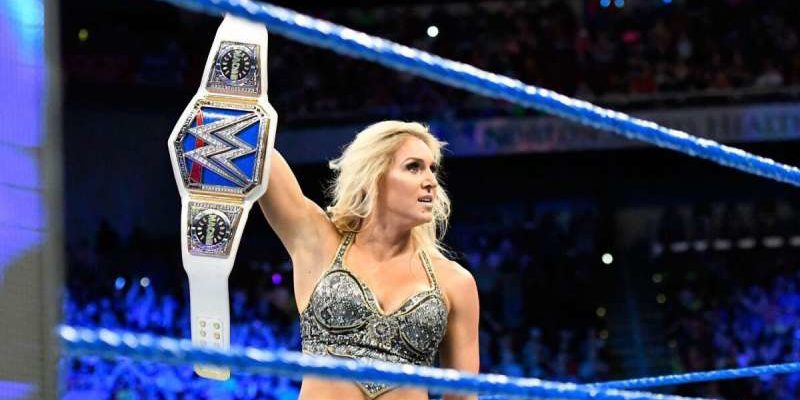 Why Charlotte was Missing

Charlotte was missing from TV this past week due to not recovering as quickly from dental surgery. She still had black eyes from the surgery and simply wasn't ready. I know that a lot of people thought it was quite strange to replace her in the mixed match challenge with a fan vote, if the ultimate goal was to have The Robe Warriors, I love that name, face Asuka and Miz in the finals, just before Mania. But word is she will be back this week for the finals.

The Upcoming Touring schedule leaked last week and here are some big show dates ​With Christmas Eve, Christmas Day and New Year's Eve and New Year's Day falling on Monday and Tuesdays, they are going to be taping those four shows ahead of time. ​The schedule is really sketchy when it comes to house shows as far as late in the year and next year, and most dates listed are PPV shows, Raws, Smackdowns, Takeovers and NXT tapings, so it's not clear whether they will come back with a Starrcade show over Thanksgiving weekend in the Carolinas. 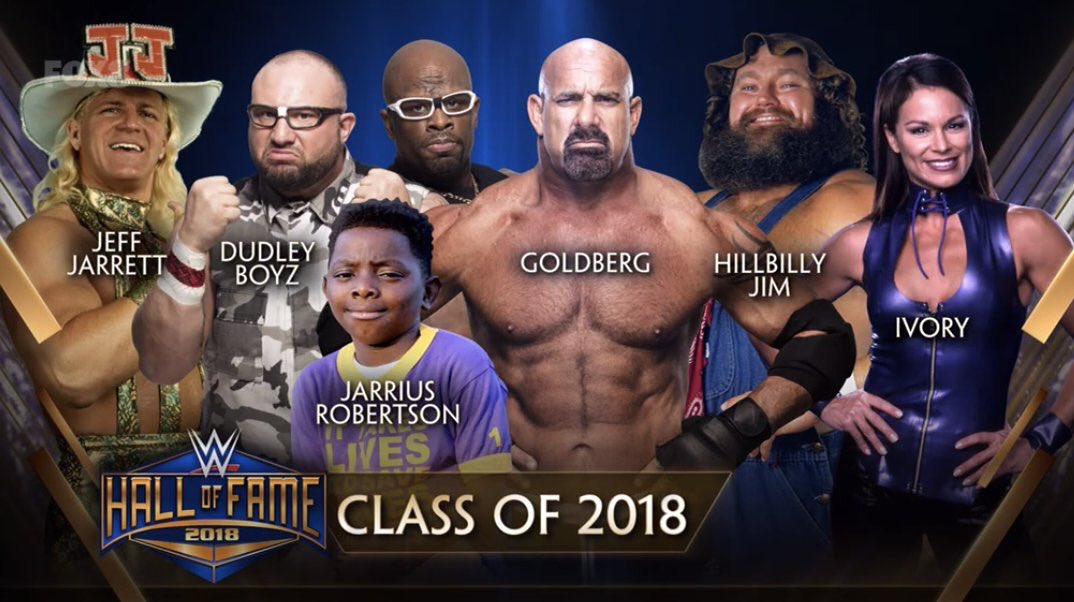 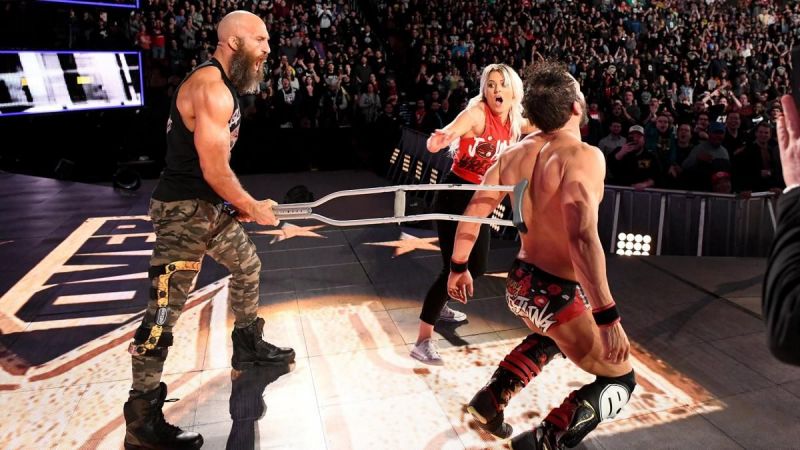 It was announced last week on NXT that Tommaso Ciampa will face Johnny Gargano at TakeOver in an unsanctioned match at NXT TakeOver: New Orleans. The stipulations are if Ciampa wins, Gargano will be out of NXT forever. But if Gargano wins, he will get his job back.

Gargano was forced out of NXT in storyline after he lost a title vs. career match on NXT to Andrade "Cien" Almas. Ciampa had interfered in the match, attacking Gargano with his crutch, which led to Almas getting the win with the hammerlock DDT. This blood feud has been so well built and should be excellent. 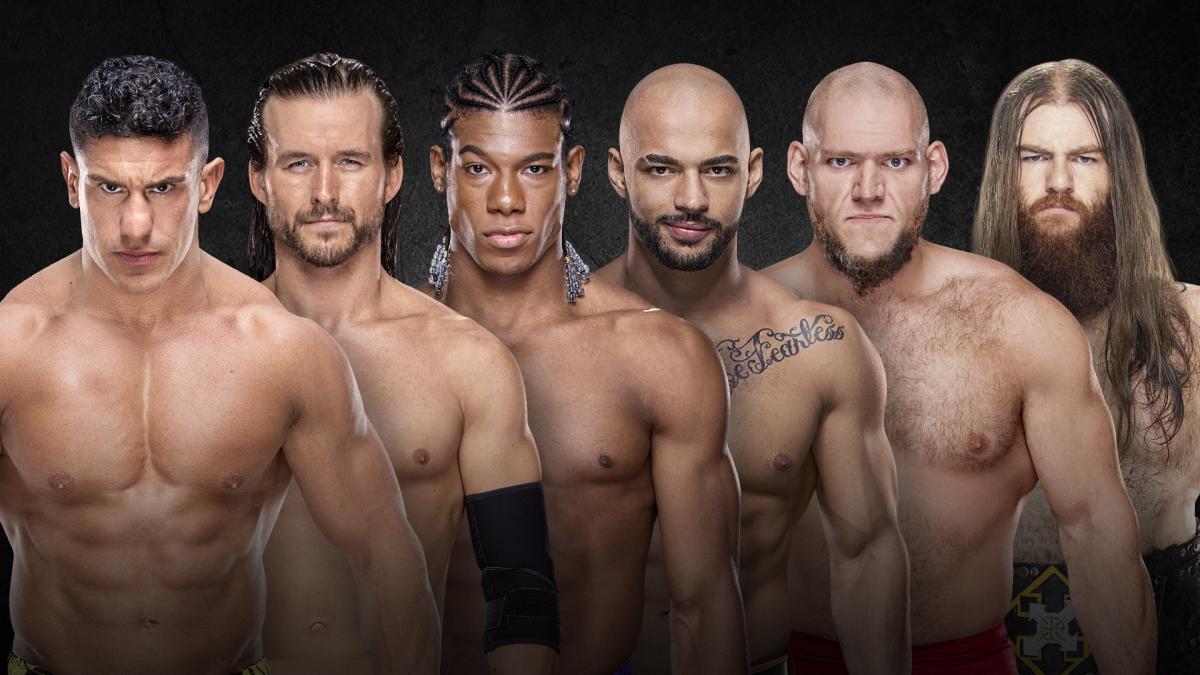 New Japan Pro Wrestling ran a show which aired last Sunday, 3/25, on AXS TV, from the 4,700-seat building in Long Beach, California called Strong Style Evolved. Its was a pretty good show headlined by the Golden Lovers vs. Young Bucks. The tag match was action packed and a great cap to a signature show for NJPW in the United States.

​G-1 special at the Cow Palace

NJPW will take its biggest step in the U.S. market to date with the official announcement of the G-1 special, a 7/7 show at the 14,000 seat Cow Palace in San Francisco. ​Obviously New Japan will need a major match to draw that kind of a crowd. 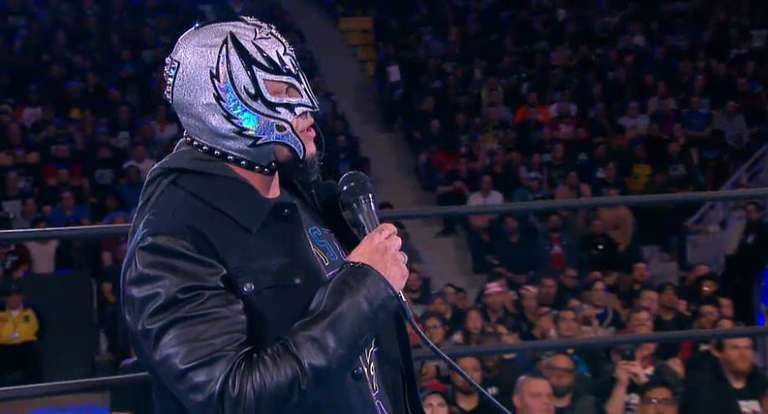 What's Going on with Rey?

Rey Mysterio Jr. had to pull out if his planned match with ​Jushin Liger on the Long Beach show due to his partially torn left biceps, but they did appear to set up some matches for hi  down the road. He came out before Liger's match with IWGP jr. champion Will Ospreay, and said that he and Liger had met once before, on a WCW show in 1996. Will Ospreay issued a challenge to Mysterio. This got a huge reaction. Marty Scurll stomped on Mysterio's bad arm and unmasked him. So that's three potential opponents.

That was interesting because Mysterio Jr. is involved in serious negotiations with WWE and actually flew to Birmingham to get his arm checked out for WWE as part of the negotiations. 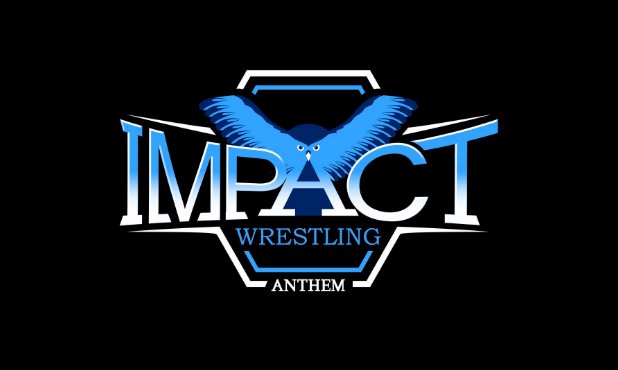 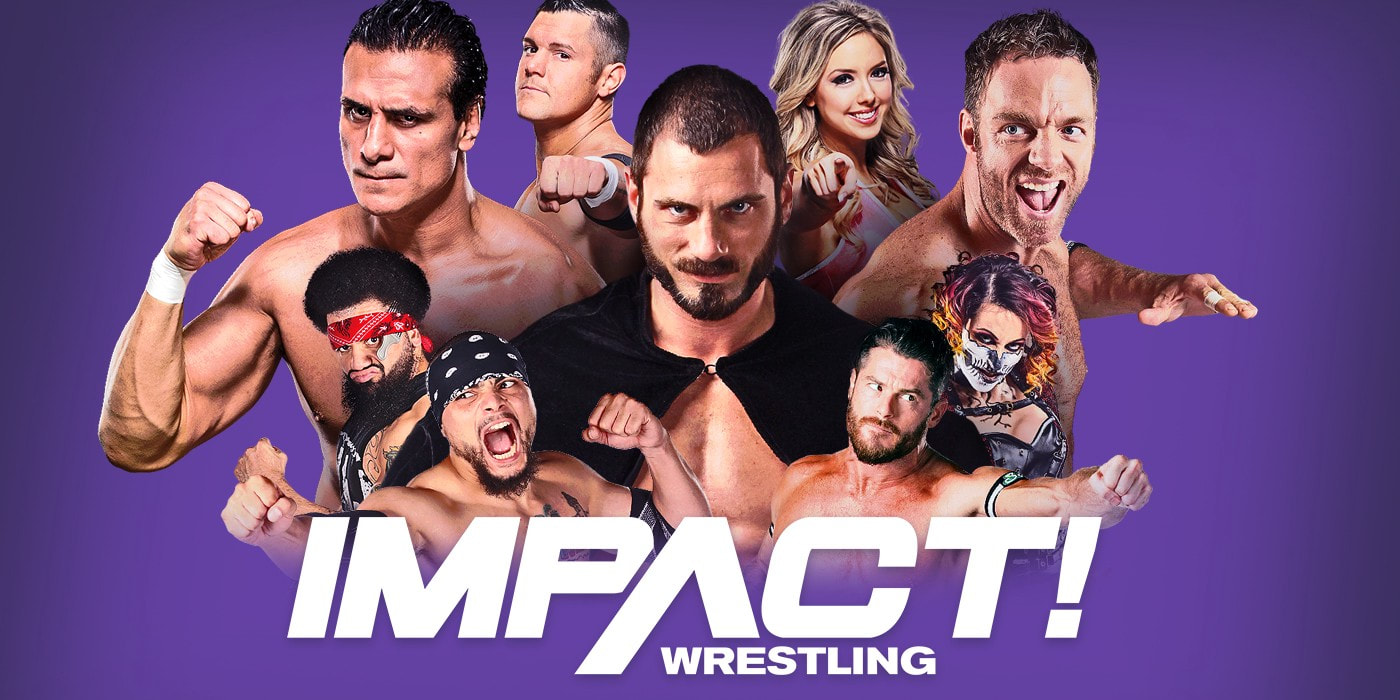 ​The company is clearly getting some momentum as the ratings are up and the two weekend shows in California did well. The 3/23 show in Newark, CA, sold out a 900 seat building a week ahead of time and ended up adding more chairs and did 950. The 3/24 show in Salinas, CA, which was a One Night Only TV tapings, did 700 fans. For the Newark show, the matches with the Impact wrestlers were, James Ellsworth beating Trevor Lee in a comedy match, Eli Drake beating local wrestler Kimo, Matt Sydal beating Eddie Edwards in a very good match that was at times spectacular, Allie kept the women's title beating Taya Valkyrie, Alberto El Patron beat Moose in a very good match and Alberto did a great promo after the match, and LAX beat Reno Scum in a match said to be ****. The two shows were so successful that local promoter Kirk White is a looking at a two-shot weekend and a three-shot weekend with Impact later this year in Northern California. 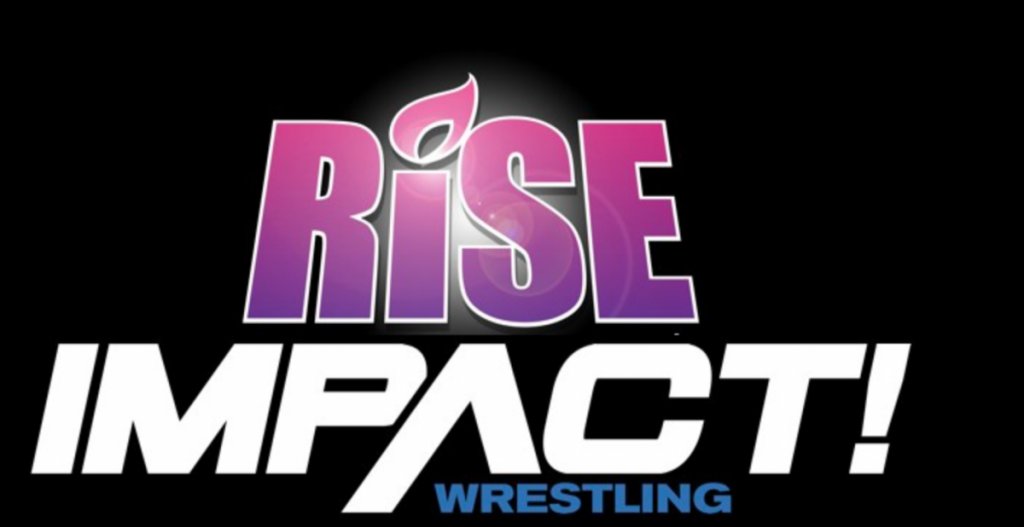 ​The company announced a partnership with the Rise women's promotion. They announced they would host seminars, focus on developing new women stars and also create more original content for their Twitch channel and Global Wrestling Network. They will be taping a show on 5/12 that will first appear on Rise's streaming platform, but later be added as content on the Global Network. Sienna will be the announcer for the show and one of the stars from Rise will be performing soon with Impact. They have also put 2016 and 2017 Rise events on the Global Network and they will work together for other original content.

Below is a schedule for the big non-WWE, NXT and ROH shows that will take place in New Orleans over WrestleMania weekend. I will be in attendance at many.

​Matt Riddle's Blood Sport at 3 p.m. at the Ponchartain Center in Kenner, LA also streaming on Club WWN and as an iPPV on Fite TV: This is a series of no rope knockout or submission only finishes based on the movie "Blood Sport" with Low Ki vs. Matt Riddle, Nick Gage vs. Timothy Thatcher, Walter vs. Tom Lawlor (if he is able, as he may not be ready due to recovering from a broken forearm and it's touch-and-go), Chris Dickinson vs. Dan Severn, Eddie Kingston vs. Tracy Williams and more

​WaleMania at 7 p.m. at The Republic NOLA with a Q&A with Mark Henry, Sean Mooney, MVP, Dave Meltzer and many others, and a performance by Wale at 11 p.m.

​Evolve at 8 p.m. at the Ponchartain Center, also streaming on Club WWN and as an iPPV on Fite TV. The show is headlined by Zack Sabre Jr. vs. Matt Riddle for the Evolve title, Daisuke Sekimoto & Munenori Sawa vs,. Timothy Thatcher & Walter, AR Fox vs. Will Ospreay, Keith Lee vs Darby Allin, and more. 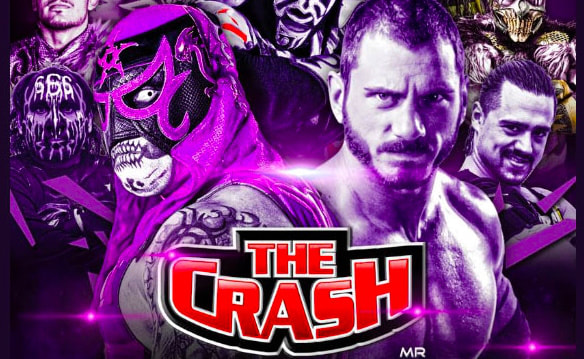 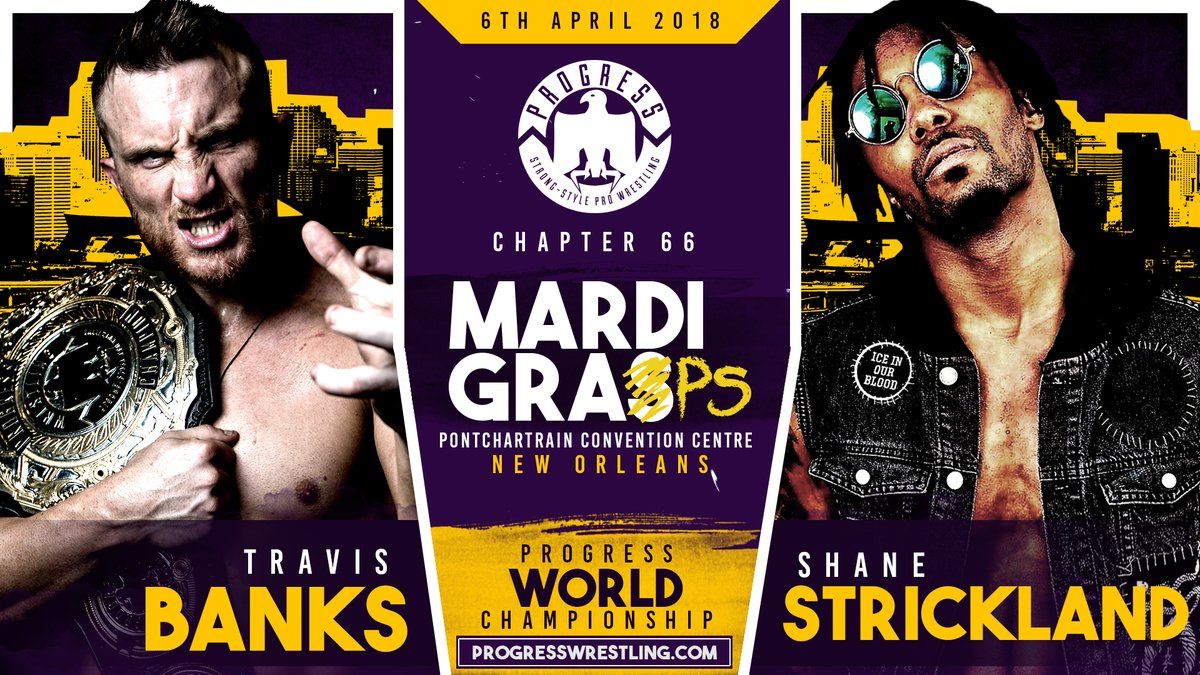 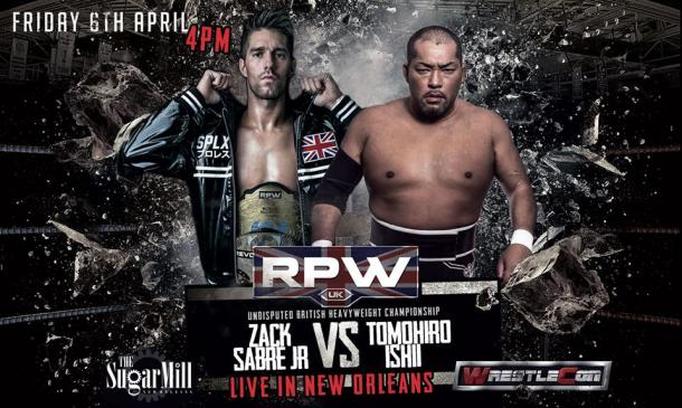 ​Evolve at 4 p.m. at the Pontchartain Center on Club WWN and Fite TV with Matt Riddle vs. Daisuke Sekimoto, Chris Dickinson vs. Travis Banks, Darby Allin vs. Walter, Keith Lee vs Austin Theory

​WWN Supershow at 8 p.m. at the Ponchartain Center on Club WWN and Fite TV with Keith Lee vs Daisuke Sekimoto for the WWN title, Zack Sabre Jr vs. Munenori Sawa for the Evolve title, Chris Dickinson & Jake vs. Walter & Timothy Thatcher for the Evolve tag team titles, Matt Riddle vs. Will Ospreay 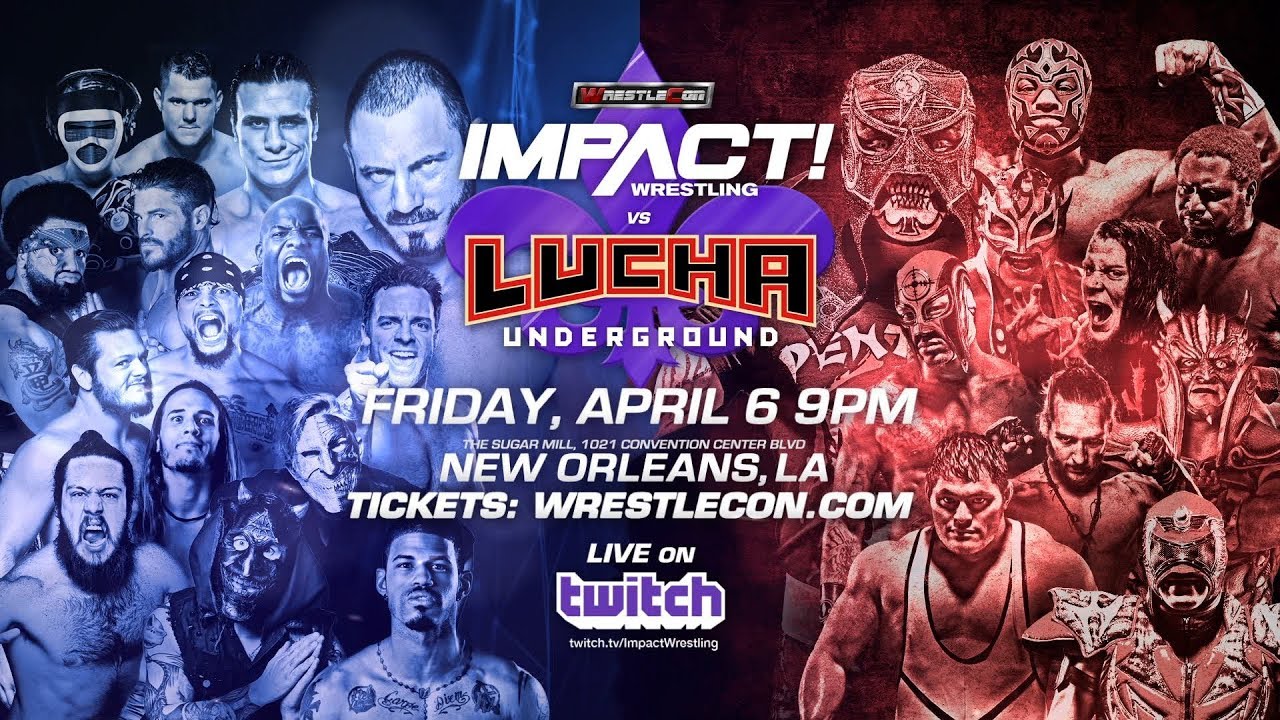 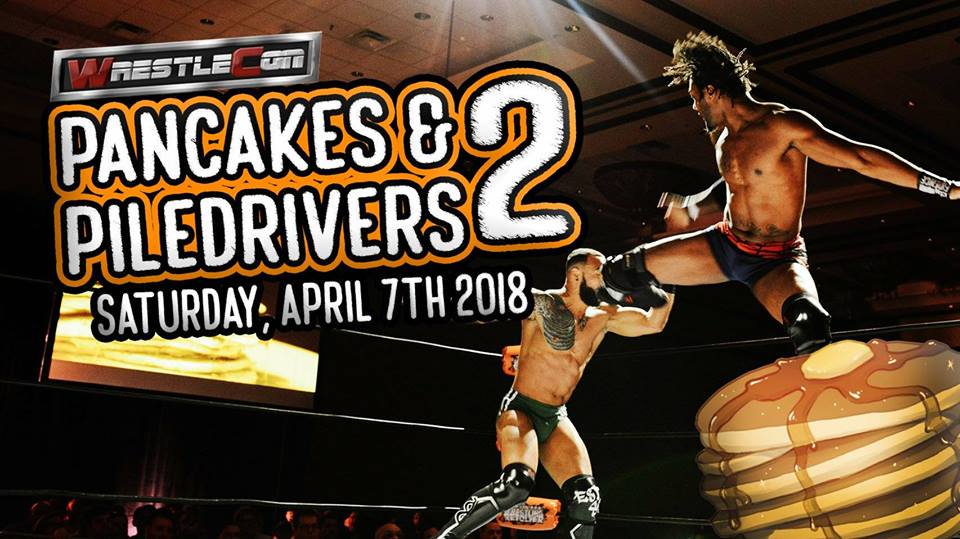 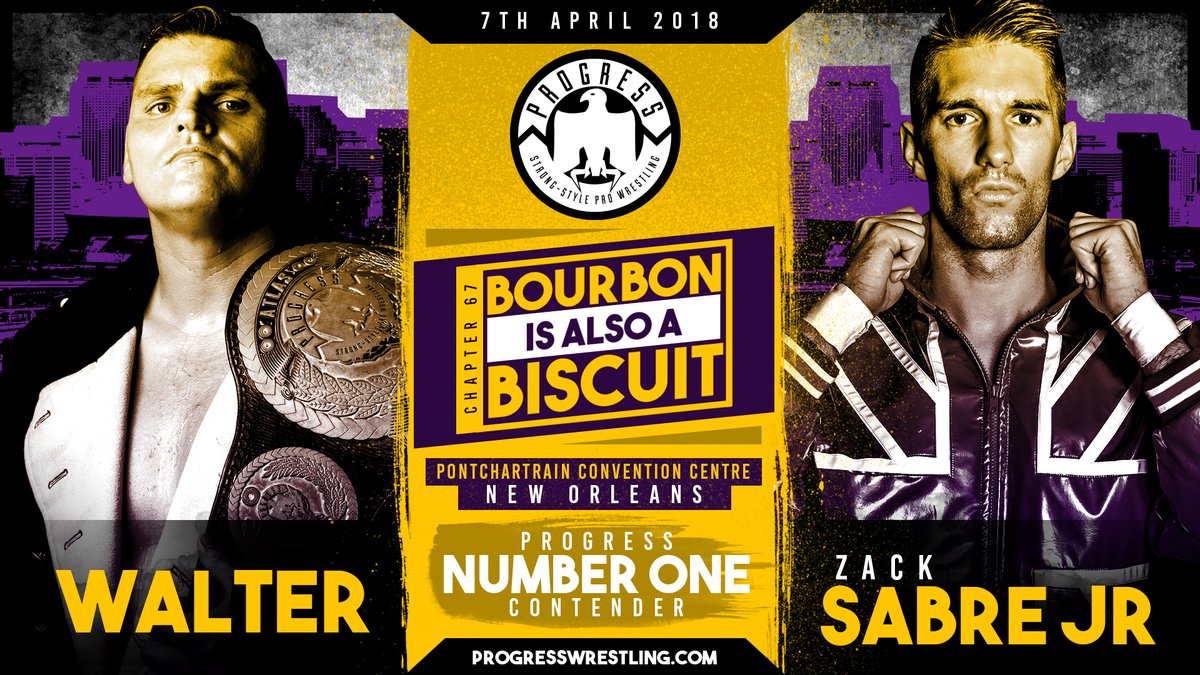 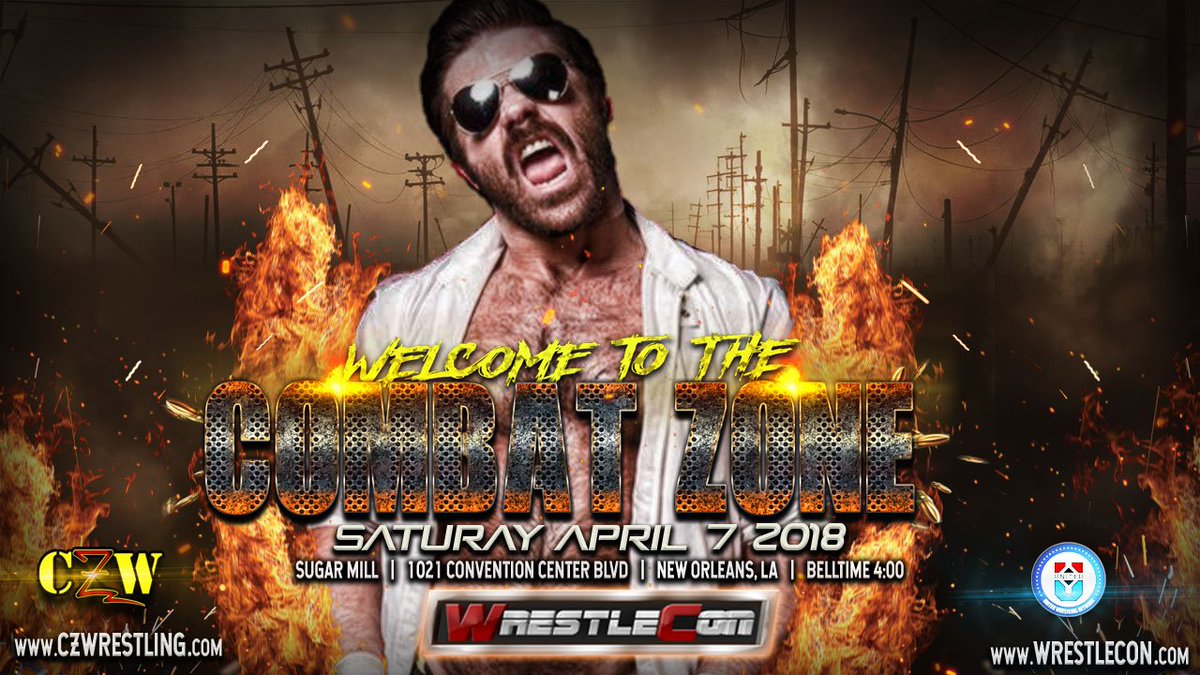 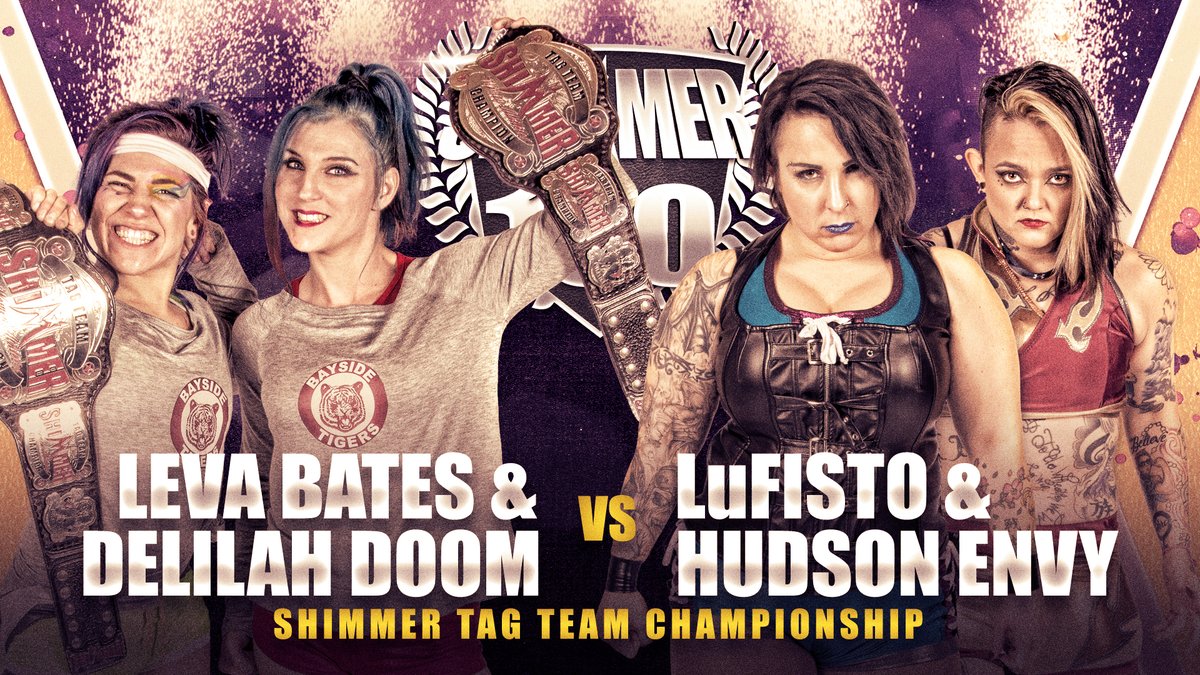 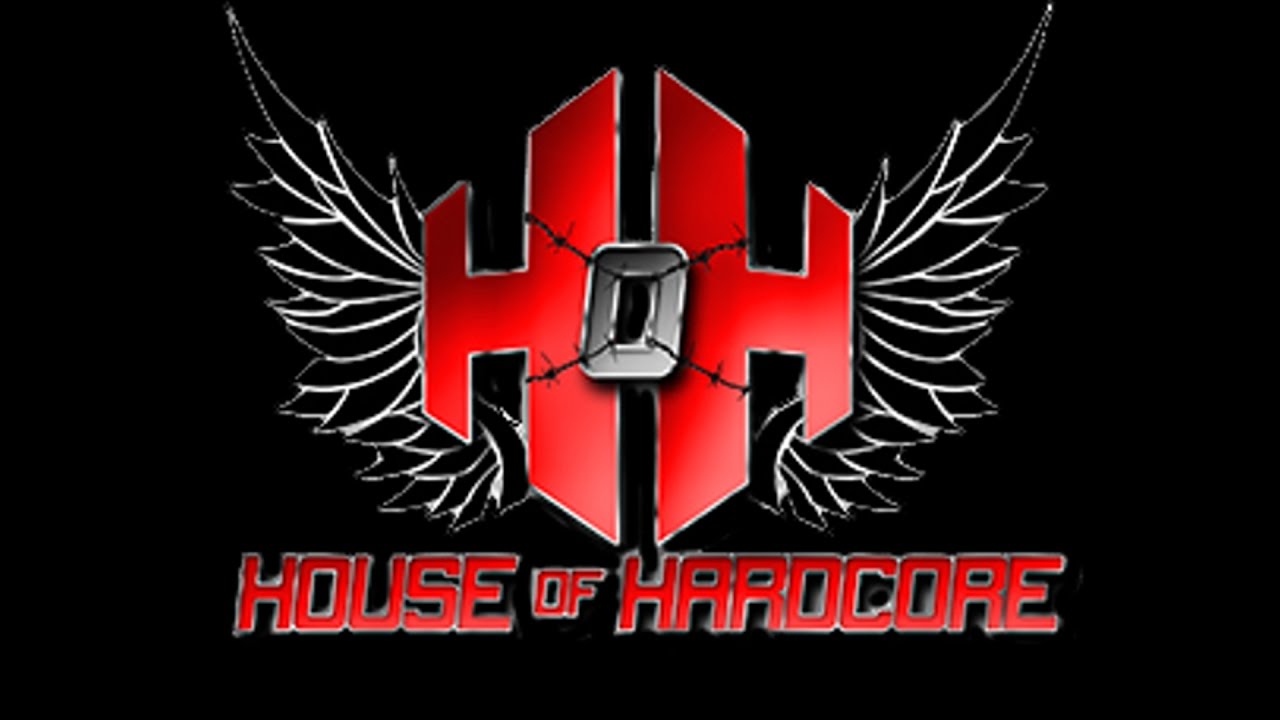