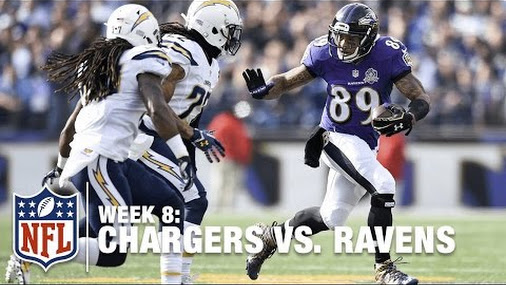 Before the Ravens played the Chargers of Sunday, the greatest Ravens of all time and the face of the franchise gave a speech in the locker room.
If the Ravens would have lost to the San Diego Chargers after hearing that, they should have just ended the season. If after hearing that you were not ready to find a some shoulder pads, a helmet and jersey and take the field, you don't have a ounce of pride in your body.

​But thankfully, no matter what you can say about the 2015 Baltimore Ravens, you can't say they don't have any heart. Yea, they are not the most talented team, no they are not the smartest, and no they are not great at anything. But any team that has been in every game they have played and not lost a game by more than a possession, can not be accused of not fighting and not showing they have some intestinal fortitude.

Yesterday, they lost Steve Smith for the season to a torn Achilles. That man showed heart and fight ever since he entered the league. He gave us everything he had, but it was just too much to ask of a 37 year old receiver. We will miss him and I wish him well in the next step in his life.

But the game was still up for grabs, and the team rallied together to defeat the Chargers in an emotional hard fought victory. You could feel the City exhale after it was over. No matter what this team always has a chance to win. Hope is still alive, no matter how improbable a run at the playoffs appears.

Now look, I'm not delusional. Clearly, 6 losses through 8 games is pathetic. They are in too deep of a hole to climb out of. But lets look at the rest of the AFC. 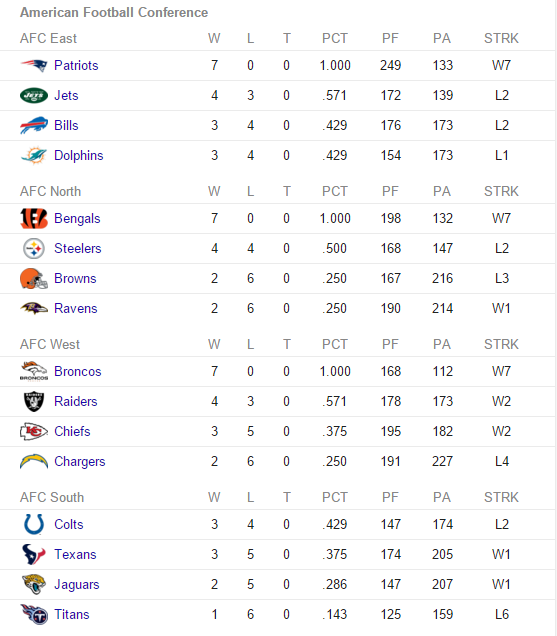 The AFC is down across the board. Aside from the division winners, the 2 wildcard spots are still in clear sights and for the taking. The Ravens are 2 games back of a wild card spot and teams with 8 games to go. Do you know how much can happen in 8 games?

Of course I'm being extremely optimistic, and of course my mind is saying, no we suck to bad to make a run, but you never know. One thing for sure, two things for certain, the Ravens have a slot of home games left and we always play our opponents tough. So anything can happen. 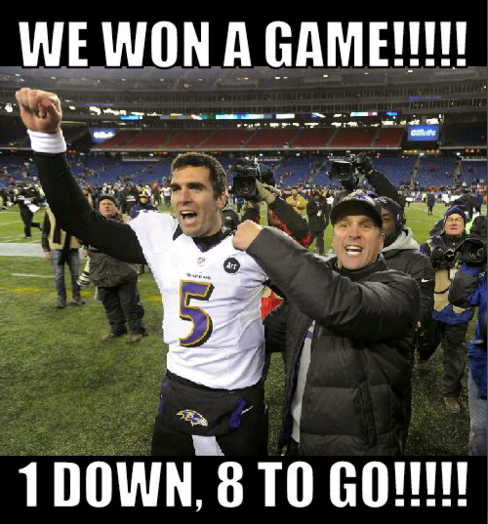