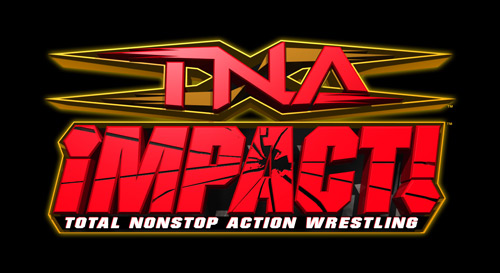 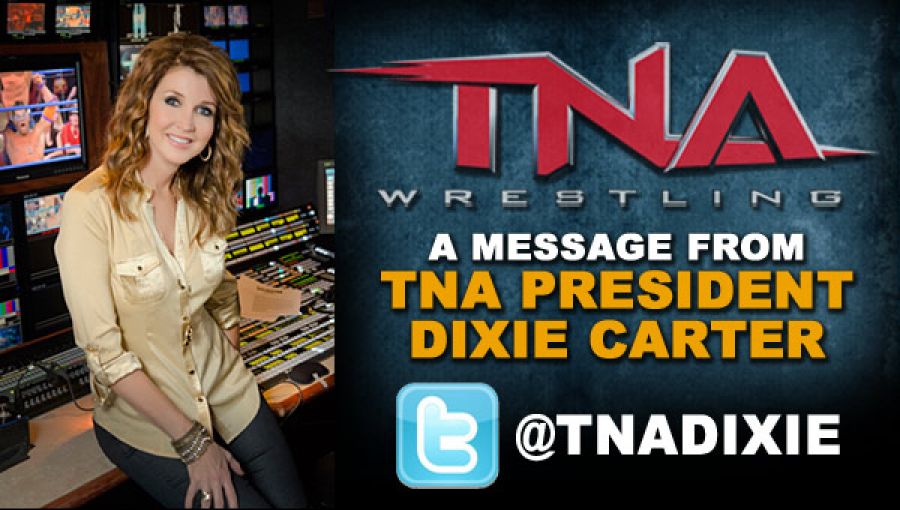 As we mentioned in our previous installment,The Rise and Fall of TNA: Vol. 3 - For Sale #1, due to huge financial losses, Jerry and Jeff Jarrett were forced to sell 72% of TNA to Panda energy in the fall of 2002. The sale was completed for a mere $250,000. Now that may not sound like allot of money for such a large percentage of the company, but the Jarrett's were in no position to drive hard negotiations.

The fact is, they were bleeding money, and the only reason why Panda purchased the company in the first place, was because CEO Bob Carter's daughter, Dixie, was working for TNA in promotions and she wanted to save it.

Dixie Carter became a fan of TNA and the people who worked there. So she proposed they buy the company as a way to expand the Panda brand. Little did Bob know, that he would be sinking money into this company with no return for the next 13 years!!!!

For the first year, Dixie was a behind the scenes financial adviser, who was in charge of the money for her parents company. Jeff Jarrett made all wrestling decisions and handled business as usual. the company continued to run weekly PPV's, and sometimes even turned a profit.

The sale to Panda, infused a new flow of cash into the company and it allowed them to bring in huge stars they previously couldn't afford. The list of performers who came in from late 2002-2005 is crazy if you really sit back and think about it.

Over the summer 2003, NWA TNA started to do things to differentiate itself from the WWF and give itself its own identity. Most notably, was the creation and evolution of the X division.

The X division was a mix between the old cruiser-weight division in WCW and Mexican style lucha libre. Athletic, high flying athletes were featured in prominent, high paced spot fest matches that captivated the audience. And ther were no weight limit restrictions on who could compete. Talent like AJ Styles, Christopher Daniels, Kazarian, Chris Sabin, Low Ki, and Jerry Lynn were highlighted as the stars of the division. These guys were going out there and busting there asses in innovative matches to put on a fantastic show for the viewers.

Another very important part of the early days of TNA was the strength of their tag team division. Not since the 80's had we seen a tag team division featured so prominently, with tag teams that were putting on classics every week. Most notably were America's Most Wanted, Triple X, and Sports Entertainment Xtreme. These guys put on classics, and often were inside of a steel cage while doing so. Greatness.

While TNA was still doing the weekly PPV model, they were actively looking for a way to expand on to national television platform. As we talked about i Volume 3, the concept of weekly PPV's was a guaranteed flop. The company needed a way to reach more people and a national TV deal was the way to go.

But to get there, it was not easy. First of all, for TNA to be successful, it not only had to put on a great in ring product, but the people running and writing the TV had to be logical and prepared for success. Well, that was a huge problem.

Dixie Carter entrusted her investment into the hands of Jeff Jarrett and anyone who knows anything about Jeff knows, he loves Vince Russo. Vince Russo is the creative mind behind what drove WCW over the cliff and out of business. And Jeff was there right next to him. So of course, it was only right that once Jeff was put in charge of the creative behind TNA, he called on his old pal.

Its well known that Jerry Jarrett, Jeff's father, couldn't stand Russo's guts and advised his son to cut him loose. But Jeff wanted to do things his way, and Dixie didn't know any better.

Jerry once wrote his son Jeff along letter detailing his issues with Russo to Jeff. Here is an exert.

"I have feared since the beginning the situation that has developed. I understand and really appreciate your respect for Vince Russo, Bob Ryder, Jeremy Borash, etc. etc., etc. I hope you can appreciate that I have almost the opposite regard for one I will explain my thoughts concerning Vince Russo. You have pointed out some circumstances that Vince worked under at WCW that well explains some of his decisions. I agree that he was in a position that I had refused to place myself. I agree that probably no one could have succeeded under the conditions that existed. However, this does not explain all his mistakes nor does it erase the fact that he failed and failed miserably at WCW."

"His reputation as told to me personally by Jimmy Hart, Hulk Hogan, Bill Bush, Kevin Sullivan, Brad Seigal, JJ Dillon, Lanita Ericson, Mike Graham, Jim Ross and Eric Bishoff, was that he would not compromise or even listen to another opinion. And that he was so ‘hard headed’ that he resisted changing his opinion even after failing over and over. I realize that you consider all of the above people to not be yours or Russo’s friends and therefore would naturally be prone to knock Russo. But, can they all be so wrong in their opinion? Can there be a conspiracy so widespread to include all these people?"

"The issues that we discussed [during the last few days], (1) your participation in the first segment, (2) a major angle in the first segment, (3) your over exposure in the show, (4) diminishing the climax of the program, are all totally against everything I learned in 38 years of writing television. Your point is well taken, that is the only time we will ever get a chance at a first impression. I feel that way too. But to sacrifice every principal just for the sake of excitement is too close to the fiasco that was WCW I honestly woke up in a cold sweat and my mind was reliving the horrible hodgepodge that was a WCW television."


"One can make plenty of excuses about talent cooperation, and corporate interference, but there are no excuses for ignoring the basic rules of creative writing whether it’s a novel, short story or a wrestling program. By the way, did Russo major in writing or journalism in college? What was his background prior to taking the magazine job at WWF. Son, just the thought that a miserable failure such as Vince Russo could even a job in the wrestling business unless you give it to him. My thinking is based on the belief that it’s Russo’s influence that is causing our problems because I guess I won’t allow my mind to even think that it is your opinions that I’m discussing."


This opinion about Russo was and is still shared by anyone who knows anything about this business, yet the naive Dixie Carter, sat by and let Jeff and Vince book her show into a self centered ego driven car crash. And she was bleeding money.

The fact is, TNA had a lot of great talent and Dixie's parents money only gave them more big names to work with. But the creative aspect was flawed , from the beginning and something drastic would have to happen for eh company to turn around.

One major step that needed to be taken, was getting on a TV network and stop running weekly PPV shows. It was a money losing business model. But for the company to make the jump to national TV, it would take a lot more money and a lot more risk.

Join us next time as we examine the companies move to national TV and Fox Sport Net.