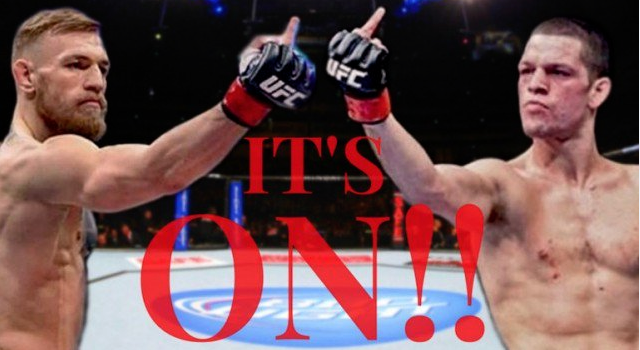 ​McGregor vs Diaz - More than a Fight

By: Larry Causion Jr.    CausionCreations.com
Posted: Tuesday,  March 1, 2016
UFC 196 was supposed to feature a huge double championship fight between Lightweight champion Rafael dos Anjos and Featherweight champion Conor McGregor, where Conor was attempting to become champion in two weightclasses. But a broken foot to Dos Anjos caused him to have to pull out last week, leaving the UFC in a spot to find a new opponent.

Well, after many of the more obvious contenders were unable to or decided against taking the fight on such short notice, UFC decided on a fight between Conor McGregor and Nate Diaz.

Fight fans know the reputation of the crazy and eccentric Diaz brothers, especially older brother Nick, and the announcement of the fight really sparked great interest among the hardcore. And really for one reason, and it not the fight. Its the charisma of both. Don't believe me?

​Check out the press conference.
Can't lie, before watching that, I had little to no interest in the fight. I wanted Conor vs Aldo again. But after that, I CAN'T WAIT!!!! Conor is so damn great. "How does it feel to be a millionaire again? Feels good don't it. Thank me" I love it!!! " The only weight i care about is them checks and my checks are always super-heavyweight!!!!" THIS GUY IS GOLD!!!!!!

We will have a full preview this weekend, including thoughts on Holly Holm vs Miesha Tate. But I'm pumped up now!!!! 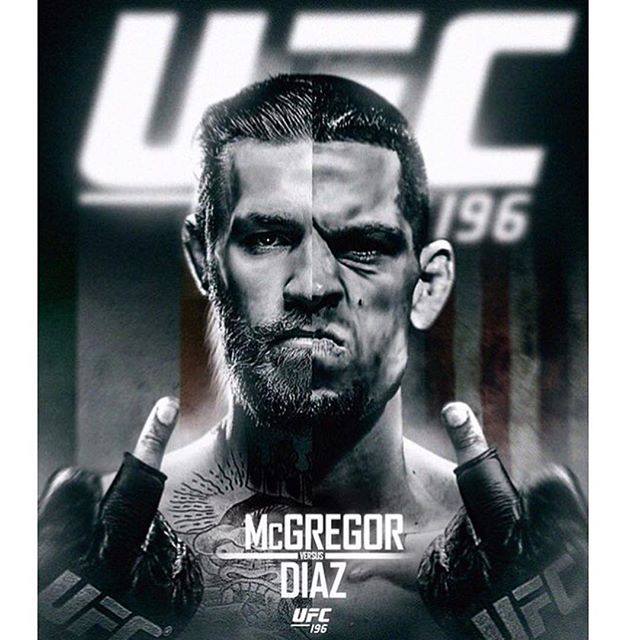