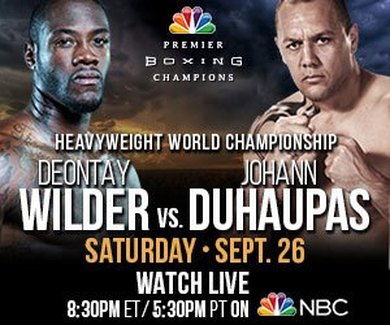 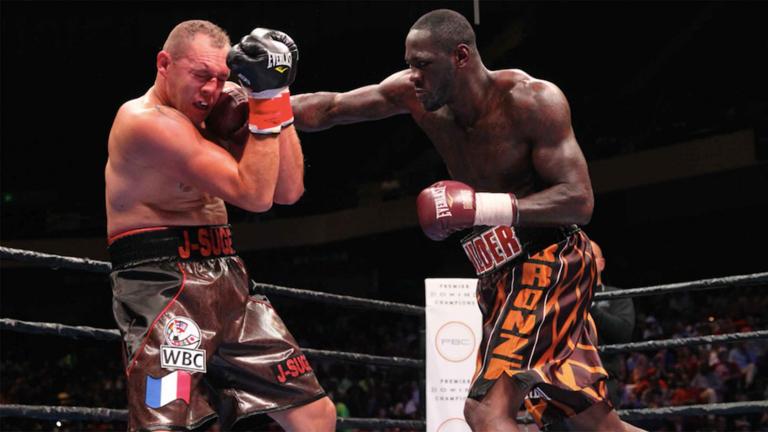 Deontay Wilder is the other the World champion in the heavyweight division, not named Klitschko, and he has been receiving a groundswell of hype over his rise in the ranks and impressive size and agility. 6'7 man that possesses the speed and punching ability he does is something to behold. I have seen him knock out a few tomato can opponents in the past, but I wanted to see what he would look like when he was pushed and challenged. 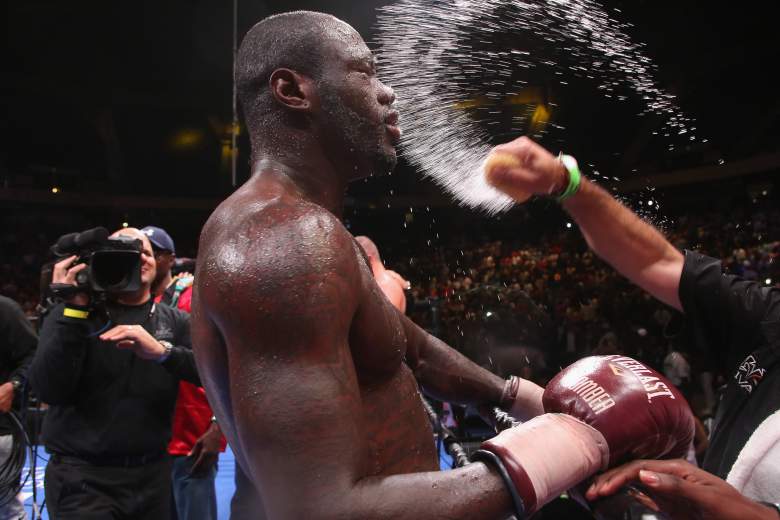 In the end, after perhaps the hardest fight of Wilder’s career, he had to battle hard to put away Duhaupas, earning a 11th round win. But this was not easy.

The fight was stopped after Wilder put together an impressive combo of left hooks and uppercuts to the head of Duhaupas. Wilder had bad swelling around his left eye that gave him a sense of urgency in the fight, as his eye was in danger of closing.

In the 9th round, Wilder came back strong to land a flurry of hard power shots to the head of Duhaupas. The punches were incredibly loud upon impact and looked powerful. Duhaupas blocked some of them, but many of them got through to his head full force. It was a really one-sided round and you had to wonder why Duhaupas’ trainer didn’t throw in the towel in this round. Duhaupas looked like he had no chance of winning the fight by this point in the fight. Wilder’s swelling in his left eye hadn’t gotten worse due to Duhaupas not going much because of the huge punches he was getting nailed with.

Duhaupas was able to land his jab frequently in the fight, and it did a lot of damage to Wilder’s swollen left eye. You’ve got to give Duhaupas a lot of credit for the amount of punishment he was able to take in this fight. I don’t know of too many heavyweights that would have been able to take the kinds of shots that Duhaupas took without dropping to the canvas and getting knocked out.

All in all, it was a good performance by Wilder tonight. Yes, you can say that the fight was a mismatch and that it was a real one-sided fight, but it was still very interesting to watch. There was suspense there even though it was one-sided because you never knew whether Wilder’s swollen left eye would cause a stoppage in the fight. Plus Duhaupas showed some heart, which I loved.

Wilder is not ready for Wladimir Klitschko though. This fight showed have ended alot sooner if he was. A fighter with more power and accuracy would have knocked Wilder out.

Wilder now looks to be set for a match up with Russian Alexander Povetkin, who has knock out power. That one should be the test we that will really tell the story.