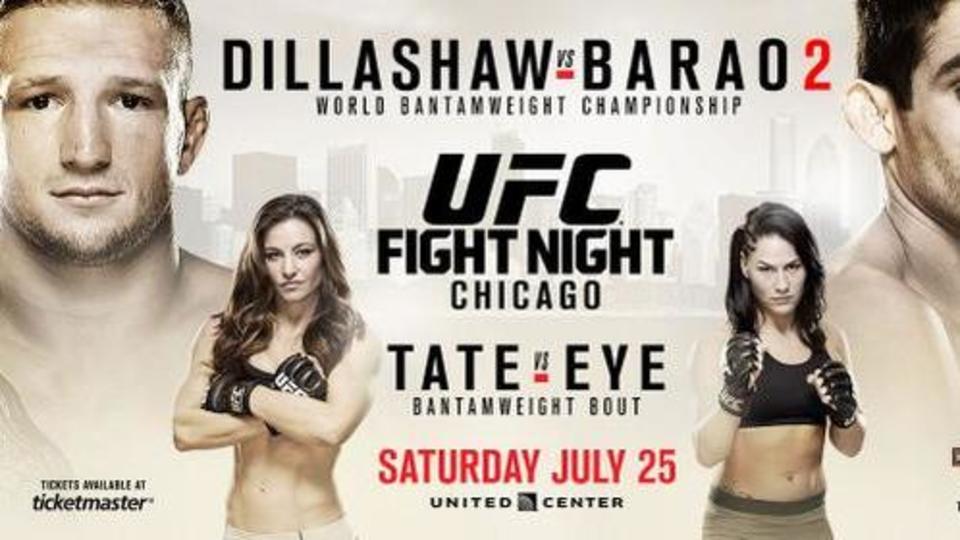 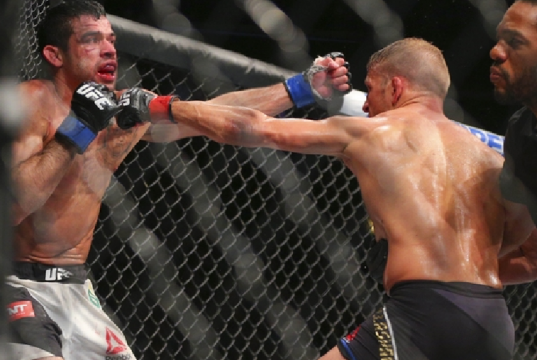 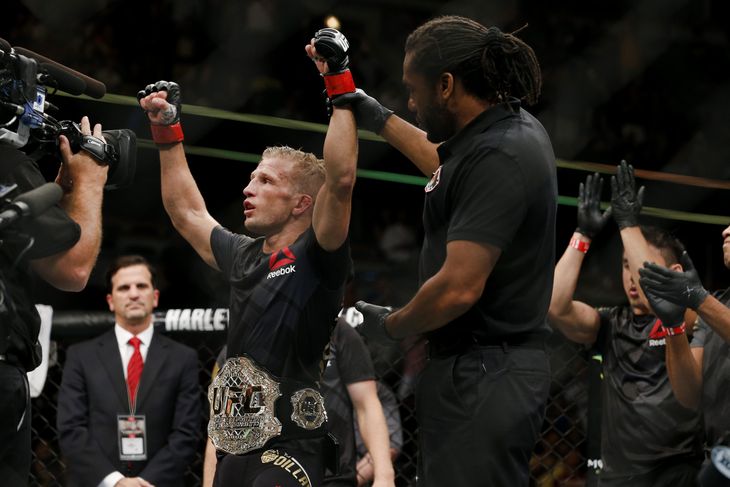 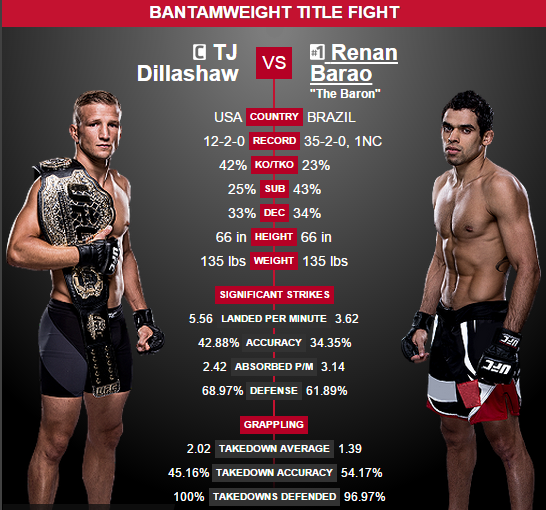 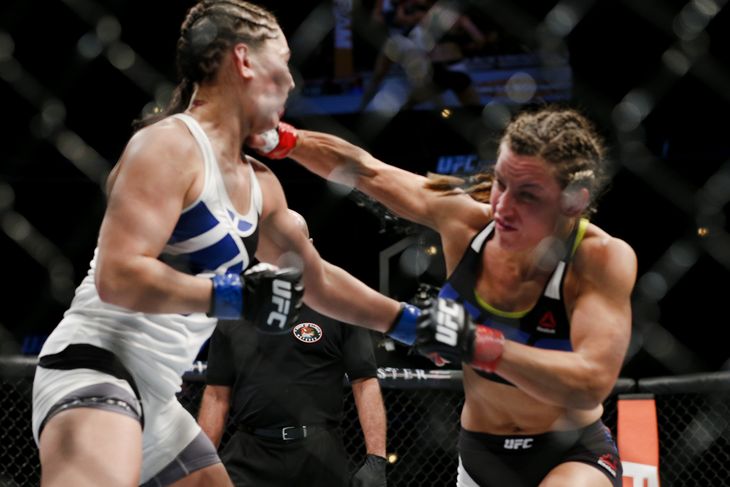 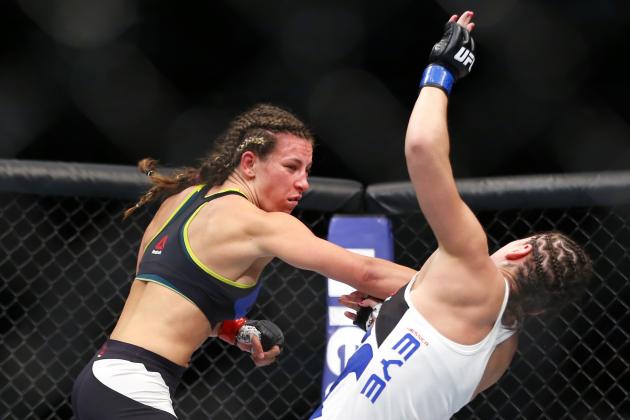 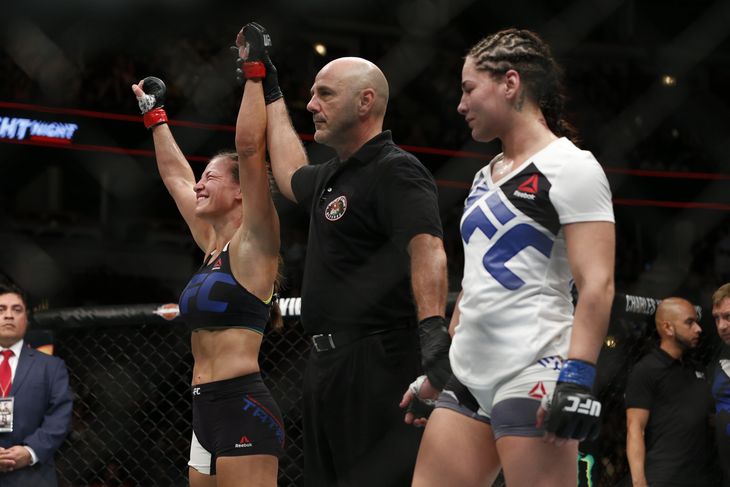 Second round: Right by Tate.  Body kick by Tate.  Nice right by Tate.  Tate in with a right.  Tate pushed her into the fence.  Tate landing good punches.  Tate hurt her and put her down again.  Eye got her in a no arm triangle.  Tate escaped.  Tate on top pounding the body.  Tate throwing elbows to the body.  Tate working for a guillotine as time expired.  20-18 Tate.

Third round: Head kick by Eye.  Hard kick by Eye.  Tate took her down.  Tate has her back.  Tate kicked her in the head on the ground and it wasn’t called a foul.  Yves Lavigne ordered a stand up as Tate was in control on the ground.  That was insane.  Tate working for a takedown but didn’t get it.  Eye with two hard knees Tate 30-27. 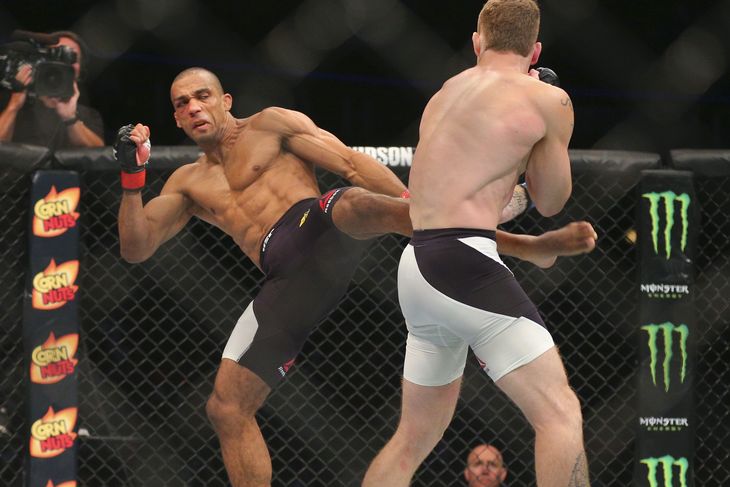 Edson Barboza vs. Paul Felder
First round: Barboza with a left kick.  Body kick by Barboza and a second one.  Low kick by Felder.  Barboza’s right eye is in bad shape already.  Spinning backfist by Barboza. Spin kick to the groin by Barboza.  That was one of the worst low blows you’ll ever see.  Felder tried a spinning kick but missed.  Knee by Felder.  Barboza 10-9.

Scores: All three had it 29-28 for Barboza.  Felder was furious. 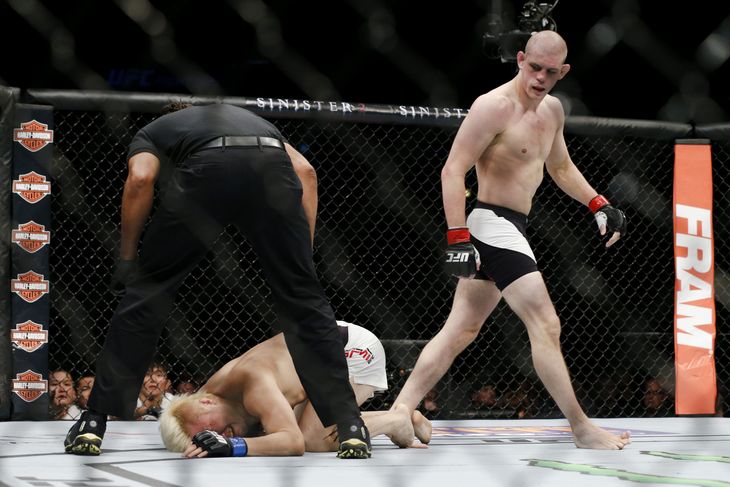 Joe Lauzon vs. Takanori Gomi
First round: Gomi landing punches now.  Lauzon aleady bleeding.  Lauzon took him down and got his back.  He went for a stump puller but Gomi got away.  Elbows on the ground by Lauzon.  Lauzon pounding on him from back control.  Hard shots and Gomi was out.  Lauzon got up and walked away even though Herb Dean didn’t call it of.  When he saw how messed up Gomi was, Dean called it.  That was weird.  Thank God it didn't backfire on him.