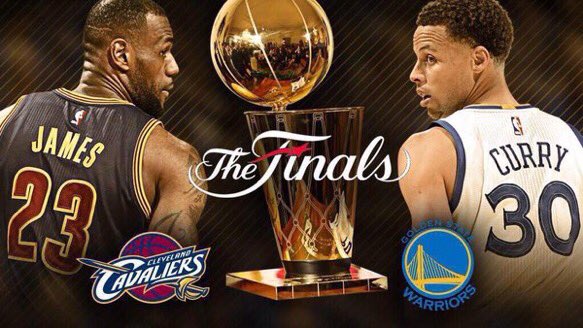 The NBA Finals are all set, and its a rematch from last year, as the Golden State Warriors look to defend their championship against the Cleveland Cavaliers. Boy ole boy, this should be good one.

These two teams have been on a collision course all season, and deep down, even as Spurs fan who was confident my team would make it to the finals, this was the match up destined to happen. You have the two time reigning MVP, and player who many now call the best player in basketball, Steph Curry, against the four time MVP, and two time champion, Lebron James, whom many once called the best player on the planet. You can't write this stuff.

In last years finals, Curry and the Warriors were able to defeat the Cavs to win their first championship, but many have put an asterisk beside the win because Lebron was playing without his two best teammates Kyrie Irving and Kevin Love. I mean, I understand the rationale, because if Steph was without Klay Thompson and Draymond Green, how would be people value a Cavaliers win?

So this year, both teams are at full strength, and there should be no excuses. The Cavs have been largely untested on their way to the Finals, while the Warriors have dealt with injuries to Curry and battling back from a 3-1 deficit to the OKC Thunder. But none of that matters now. 4 wins is what each team covets to be champion of the world.

I for one predict that the Cavs will win this hard fought series. I mean at some point, Cleveland has to win something right? And there should be no excuses. The Cavs can go small or big. They can shoot the three and play inside. This is a great match-up for moth teams. It will all come down to who wants it more. The Warriors will be great, and it will take the ultimate team effort to defeat them, but I predict the Cavs will get it done in 6 games.

That's my pick, and I'm sticking with it. Enjoy the series!! 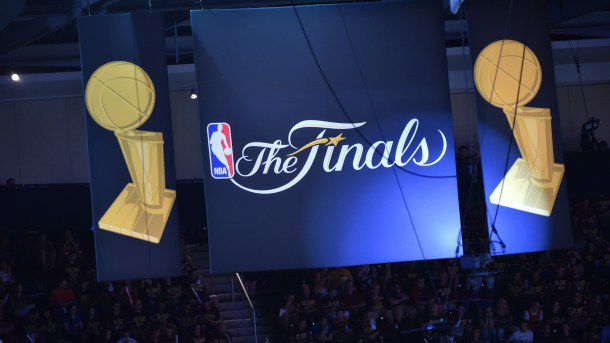