Growing up, we went to church allot. So much so that most of our friends were people we met in church, and we did things with each other based off the church schedule. Lol. For me, I have a big family, so when I wasn't in school, I was either with family or with my church family. Well, these fellas are some of the young men I spent many fun filled weekends with. We have done allot with each other had allot of good memories, and although life has led us all in different paths, they will always be my friends, my family, and my brothers.
As I kid, my big cousin Devin was who I wanted to spend my time with. But every time I tried to do something with him, this old fat dude was always around. Smh. LOL. Sike naw, Tim became a great friend and these two were the glue that kept our unit together. Tim was our driver and chaperon, LOL, and Devin was the guy who had to be home before 9pm, so we always had to cut the fun short. Great times though.

Mike and Leonard are two brothers who are exact opposites but exactly the same at the same time. LOL. Sports debates with these two could go on forever, and they did, many many many times. I remember one time, somebody called the police on us in Parkville because we were arguing about an NBA playoff game. Lol. Great times.

HJ, Charles and I were all around the same age and when the old heads started to phase out and go off to school and have babies, we became tighter and tighter. I remember when they finally got their drivers license and could drive me around. Greatness. Lol. We would spend weekends together all the time. HJ's house was the place where everyone went, cause his parents were cool and we always had fun. We all are in different places in our lives now, and don't see each other like we used to, but no matter what, these are brothers I share great memories with.

Dorian and David are my younger cousins who finally were able to roll with us when they got older. And not only did they roll with us, they were with us all the time. I really thank God that we were able to stay so close for so long because I took it as a personal goal to make sure my younger cousins were with me doing something positive and having a good time. We have done allot together and while we don't see each other everyday like we used to, I thank God for the time we spent together during those years.

Unfortunately, Satan is always busy, and our cousin Mel, who was right with us cracking jokes and having a good time, was the victim of a senseless murder that I will never understand. And although he's resting with the Savior and we know we will see him again one day, it still hurts.
Rest in peace MEL. Love you brother. 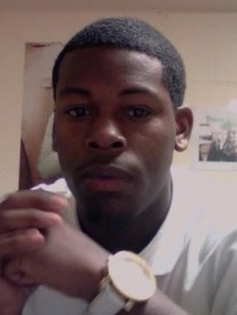 Lamell Ausby
Corey and Chris are my two brothers from another mother who will have you laughing until you crying. They have a family as big as mine, and our families grew up together in Wilson Park. As I got older, we became tight and when they came back to Wilson Park from their father's church, they joined right in with the fellas like they were there all along. To this day, our friendships are close and one you can depend on.