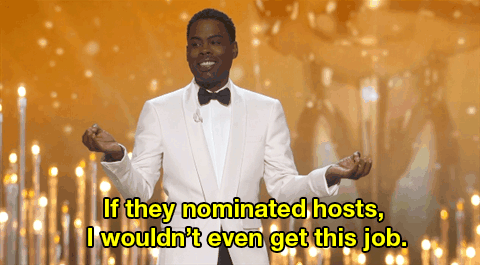 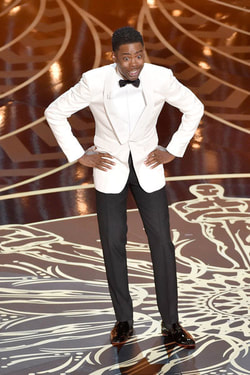 If you didn't enjoy Chris Rock hosting the Academy Awards, or felt he was beating a dead horse, too damn bad. LOLOLOLOLOLOLOL. I loved it. He did exactly what he wanted to do and wouldn't let it go!! People thought, the opening monologue was going too far. LOLOL. I didn't think he went far enough!!!! No cut cards.
LOLOLOLOL

Oh, but he wasn't done there. For the rest of the night, every time he was on the screen, other than when he was selling his daughter's girl scout cookies, Chris Rock addressed the lack of diversity, and more specifically lack of black nominees at this years Oscars. And again, he cut no cards.

​“Welcome to the Academy Awards, otherwise known as the White People’s Choice Awards! You realize, if they nominated hosts I wouldn’t even get this job. You’d be watching Neil Patrick Harris right now.”

“But why are we protesting this Oscars? It’s the 88th Academy Awards, which means this whole no-black nominees thing has happened at least 71 other times.”

“People are like, ‘Chris, you should boycott. How come only unemployed people ask you to quit something?’ No one with a job tells you to quit.”

“I’m sure there was no black nominees some of those years, say ’62, ’63, and black people didn’t protest. Why? Because we had real things to protest at the time…We were too busy being raped and lynched to care about who won best cinematographer! When your grandmother’s swinging from a tree, it’s really hard to care about best documentary foreign short.”

“If you want black nominees every year, you need to have black categories. You already do it with men and women. Think about it: there’s no real reason for there to be a men and women category in acting…It’s not track and field. You don’t have to separate them. Robert De Niro’s never said, ‘I better slow this acting down so Meryl Streep can catch up!’”

“Is Hollywood racist? You damn right Hollywood’s racist, but you’ve grown accustomed to it. Hollywood is sorority racist. It’s like, ‘We like you Rhonda, but you’re not a Kappa.’ That’s Hollywood.”

“Not everything is sexism, not everything is racism. They ask the women [on the Red Carpet] more because the men are all wearing the same outfits. If George Clooney showed up with a lime green tux on and a swan coming out his ass, someone would go, ‘What you wearing, George?.’”

“What I’m trying to say is it’s not about boycotting everything, we want opportunity. We want the black actors to get the same opportunities as white actors. That’s it. Not just once.”
But he wasn't done there. As the show went on, they sprinkled in segments which touched on the issue even further. Some was hit or miss, especially one pathetic segment in particular where Stacey Dash made an appearance. But overall, I thought there was some funny stuff on this show. Especially, Tracy Morgan!!! 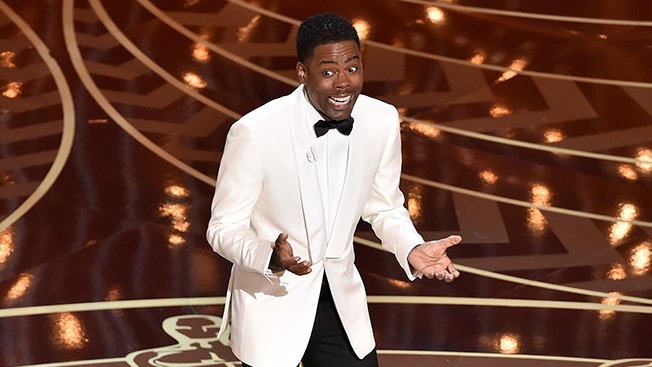 Good job Chris doing what you do. I ain't mad at you bruh.