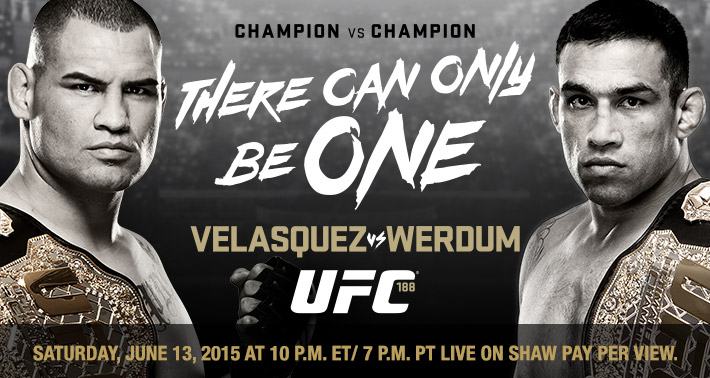 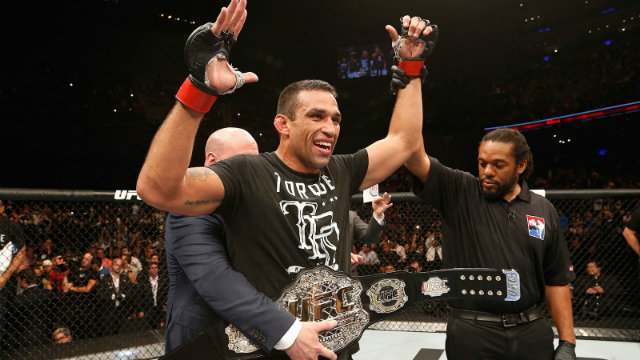 Fabricio Werdum can now take his place among the all-time greats.

Werdum submitted Cain Velasquez with a third-round guillotine choke and captured the undisputed Ultimate Fighting Championship heavyweight title in the UFC 188 main event on Saturday at Mexico City Arena in Mexico City. Cain tapped out 2:13 into round three.

Cain came out fast and hard in the first round, where he attacked with punches in the clinch, leg kicks and a pair of takedowns. Werdum did not flinch, and he turned the tide in round two. There, he picked Cain apart with punching combinations, a stinging jab and knees from the clinch. Accuracy and output were keys. Afterward, Cain had numerous cuts above both eyes, and he was gassed.

A little less than midway through round three, Werdum snatched the guillotine on an attempted takedown, fell to his back and finished it. Werdum has won six fights in a row. At 37 years of age, Werdum (20-5-1, 8-2 UFC) now boasts submission victories over Velasquez, Fedor Emelianenko and Antonio Rodrigo Nogueira.

People will say the altitude in Mexico City did Cain in, but I don't buy that as the reason for the loss. Werdum punished him and beat him into submission.
Check out the entire fight here.
UFC HEAVYWEIGHT CHAMPIONSHIP
CAIN VELASQUEZ VS. FABRICIO WERDUM
First round: Both swinging. Werdum dropped. Both trading punches. Werdum grabbed a clinch. Both swinging more. Velasquez with a knee and punches. Crowd is going crazy. Velasquez with a knee and punches.  Velasquez punched him and is bleeding from the eye. Velasquez took him down into side control. Velasquez got back up and pushed him into the fence. Werdum tried a trip but didn’t get it. Both trading.  Velasquez landing several punches. Werdum got a takedown. Werdum with a knee. Both trading again. Both are getting tired from the pace. Werdum with jabs and landing punches now. Velasquez landing punches and Werdum back. Takedown by Velasquez. Velasquez let him up and is all bloody. Right by Werdum but Velasquez back with punches.  Velasquez 10-9.

We have a new undisputed heavyweight champion of the world. 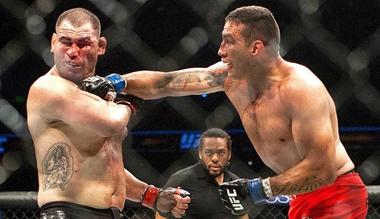 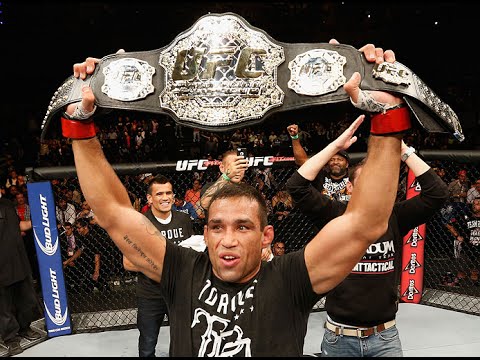