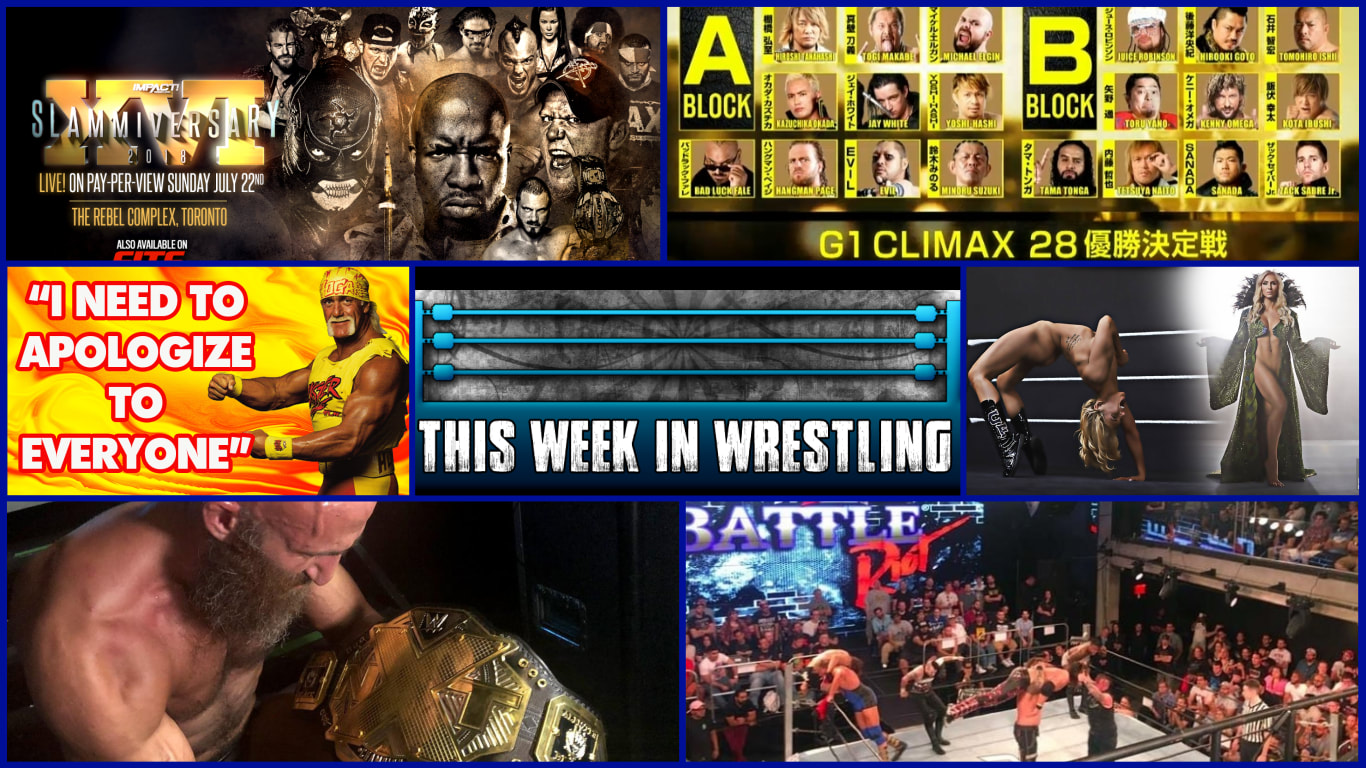 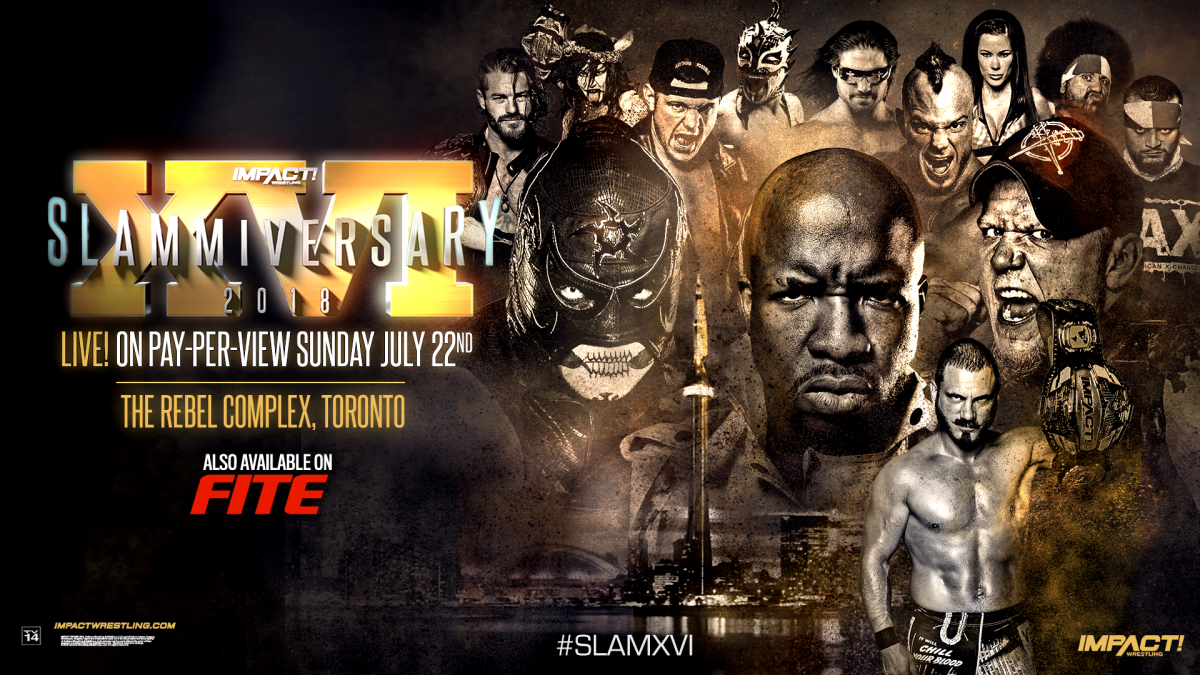 Tonight Impact will be run of their biggest shows of the year, Slammiversary, from Toronto. The card has been extremely well built up on TV, and presents some strong angles and matches that are worth checking out. Here are a few brief thoughts on the matchups. 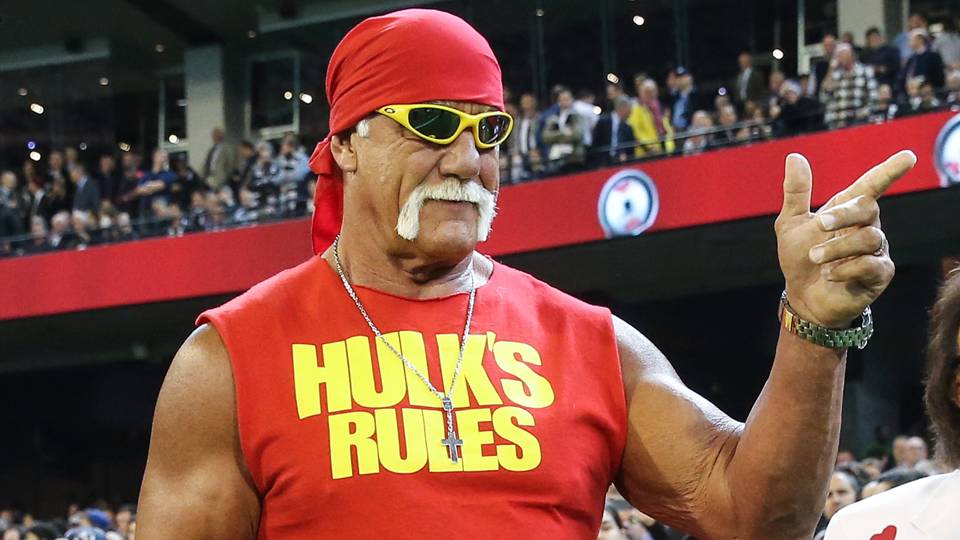 We reported breaking news last week that Hulk Hogan was returning to the WWE, and he did so at the Extreme Rules PPV in Pittsburgh. The company made an announcement in a press release on 7/16 that Hogan had been reinstated into the WWE Hall of Fame. A mandatory meeting was held with every wrestler on the roster, whether on the card or on tour this weekend or not, for Hogan to come out and apologize and be welcomed back.

Hogan talked about how he regretted what he said, regretted the people he hurt and regretted embarrassing the company with what he said. There were very mixed feelings with many not believing he was sincere, and taking the speech he gave as more I embarrassed the company because somebody filmed me when I didn’t know I was being filmed, and not that, under any circumstances, what I said was abhorrent. 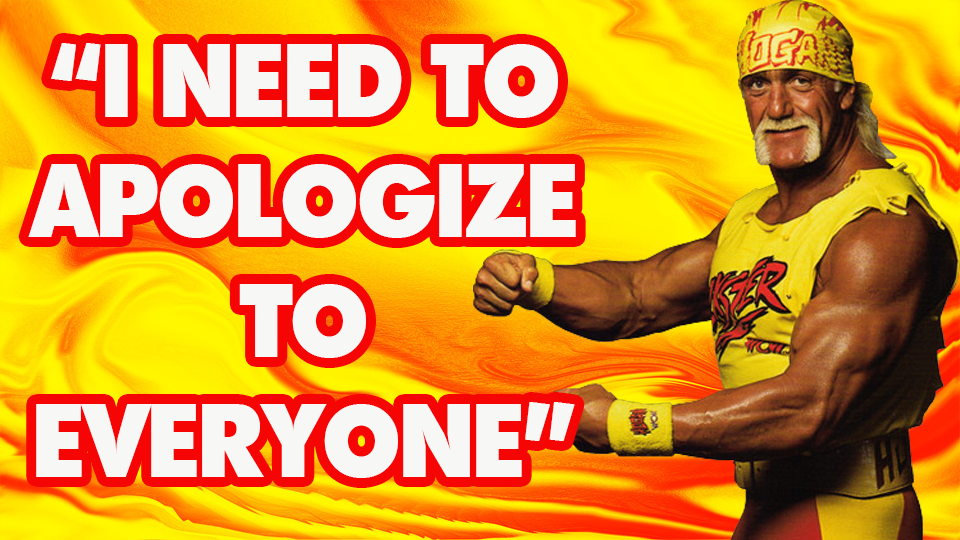 ​He said you have to remember when you go out that people may record you with their phones without your knowledge, all of which is true and all of which talent and anyone who is a celebrity has to be aware of. Hogan then apologized for what he said, and mentioned that he didn’t know he was being recorded. It appeared to most that the majority of the talent accepted what he said. Publicly, there was no scene. Much of the talent seemed to react favorably, many shaking his hands and hugging them, and Hogan was crying.

Still, this did rub a lot of people the wrong way as well. Hogan did get screwed by being recorded unknowingly, but what he said was really bad in any context. At least several people were not happy that he tried to make the subject and Levesque did about secretly being recorded as opposed to him saying some things that absolutely can’t be justified in this day and age, and apologizing in a sincere fashion for those statements. 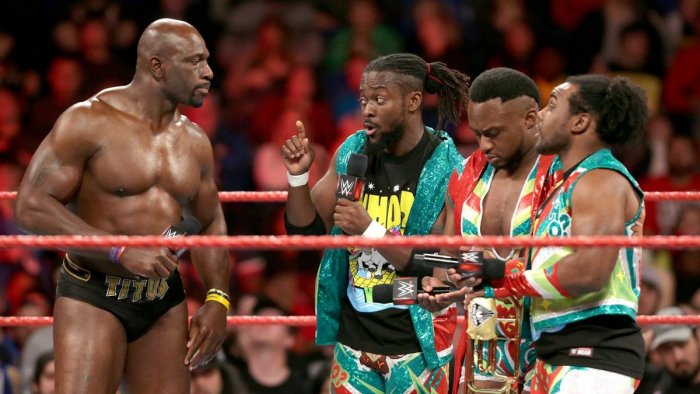 Mark Henry, who said he supported Hogan personally, said it was 50/50 among the African-American talent on the roster as to whether they believed he was sincere in a TMZ interview and some were very upset, and at least one wrestler was furious. He later confirmed that same figure as his belief later. You simply can’t argue with the personal feelings of anyone who objected to this. Another person said it was way more than 50 percent, not of the African-American wrestlers, but of all the wrestlers, who felt it was fake and contrived.

Titus O’Neil was reported to be unhappy, but has said that the story of him being upset was greatly exaggerated. It was noted that on social media he liked a message from a fan who wrote, “F*** this” about Hogan’s return. Kofi Kingston, with support of Big E and Xavier Woods, released a statement and said it was a subject they would not talk about further. 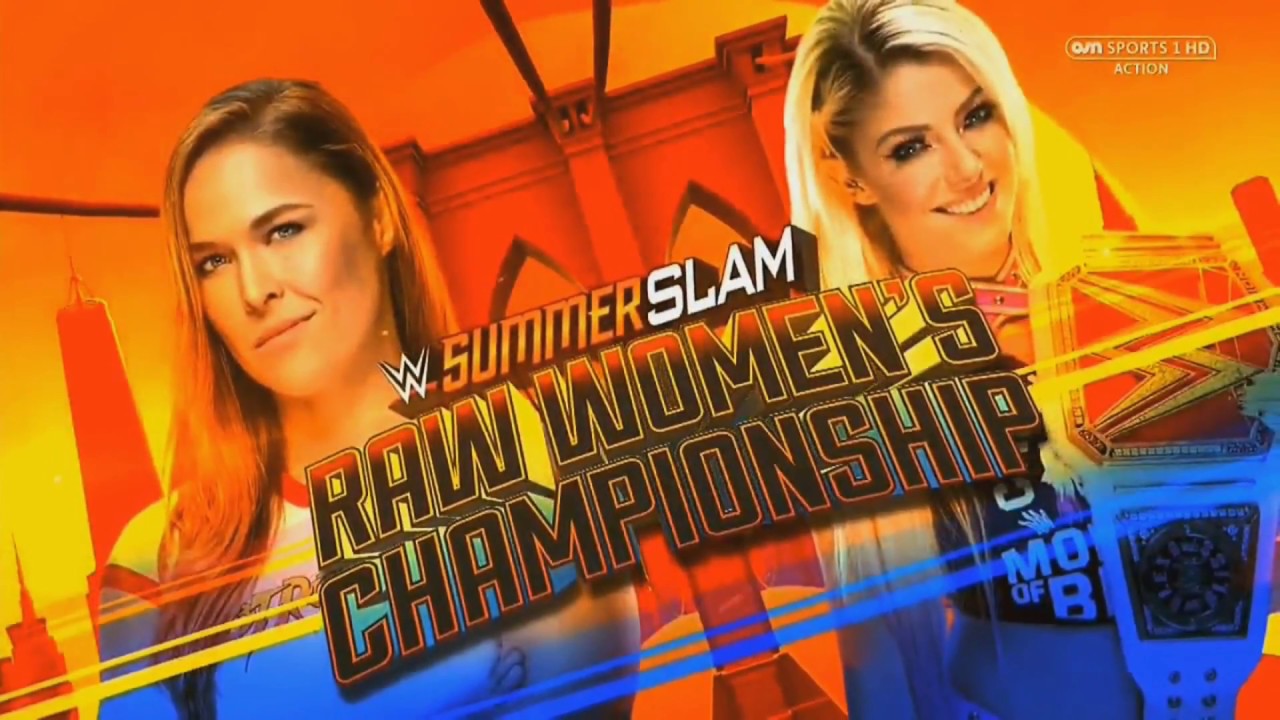 SummerSlam is on 8/18 at the Barclays Center. Aside from Brock Lesnar defending the Universal title against the winner of the Bobby Lashley vs. Roman Reigns match that takes place on RAW tomorrow night, and Alexa Bliss vs. Ronda Rousey for the Raw women’s title, nothing else has been officially announced. The Bludgeon Brothers' challengers will be decided on SmackDown over the next few weeks, as a four-team tournament over the next three weeks of episodes, with the winners challenging Harper & Rowan.

Not a lot else has been strongly hinted. Daniel Bryan vs. The Miz looks likely, and there is an angle where if Becky Lynch beats Carmella on this week's Smackdown show, she gets a title match at SummerSlam. There looks like a possible multiple team match for the Raw tag titles with The B Team, Matt Hardy & Bray Wyatt and The Revival, as well as something with the U.S. title with Shinsuke Nakamura, Randy Orton and Jeff Hardy. And there are the obvious Undertaker vs. John Cena rumors. 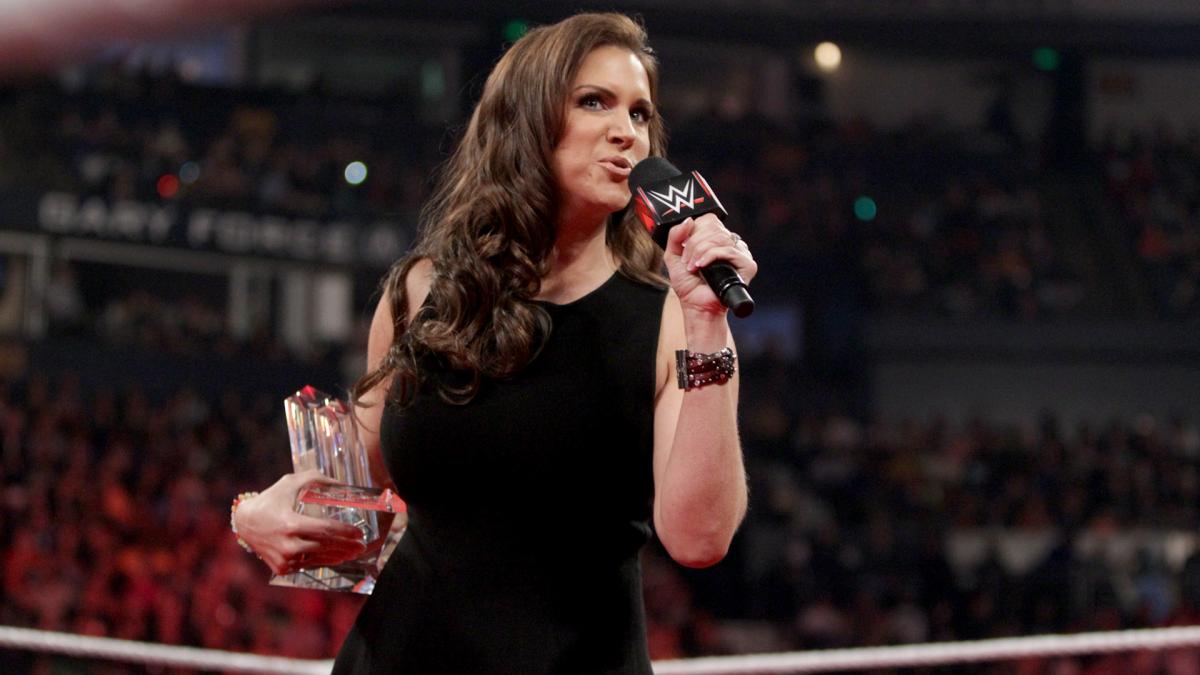 Stephanie McMahon is returning to WWE television to make a "historic announcement" on Monday's Raw from Cincinnati, Ohio. ​McMahon's most recent history-making announcements were when WWE confirmed the first-ever women's Royal Rumble and Elimination Chamber matches for this year. If this were to be in the same vein, it could be about the all-women's pay-per-view that Pro Wrestling Sheet reported WWE was discussing earlier this month. The report mentioned that the PPV would take place in late September or in October if it happens, which would be after SummerSlam. 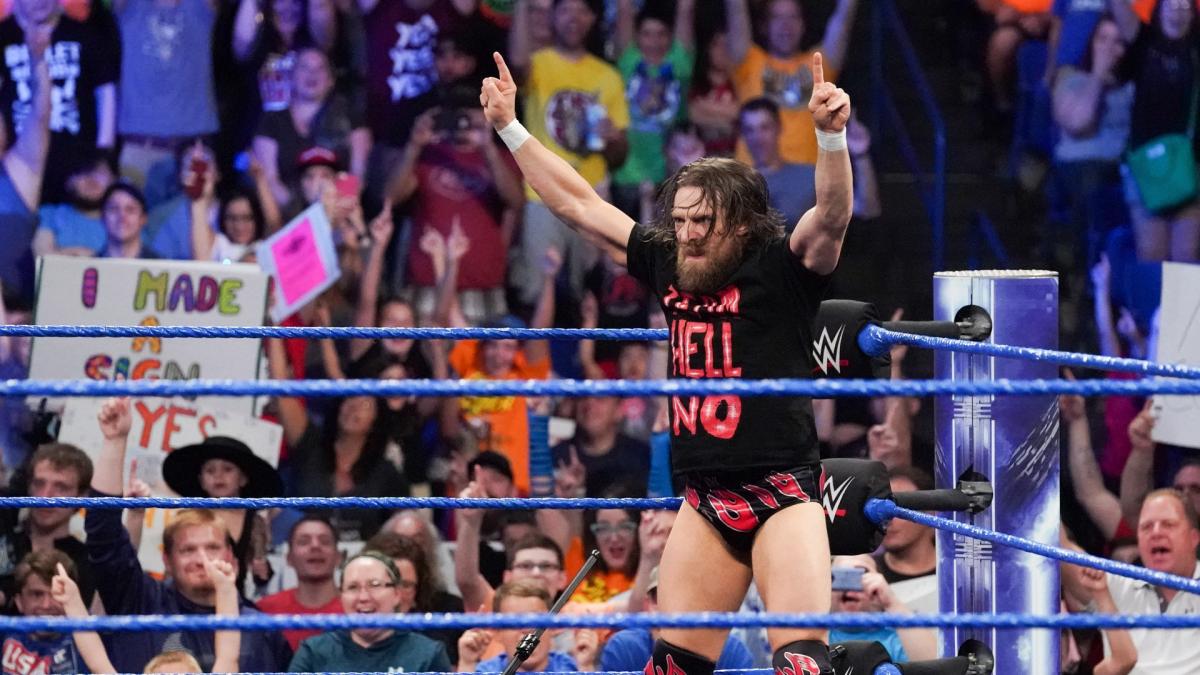 Even though Bryan is being advertised for dates after 9/1, he has not signed a new contract. But there’s nothing that indicates he’s leaving either, and in fact, he’s strongly indicated the opposite. A few weeks ago he said that he missed being away from his daughter at the age she is for long periods of time, and would to work 50 to 100 dates per year. Right now I can’t see WWE not signing him to that type of a deal. He has made it clear, and until a few months ago, was 100 percent in on the idea that he would be wrestling in places like ROH and New Japan prior to WWE clearing him. 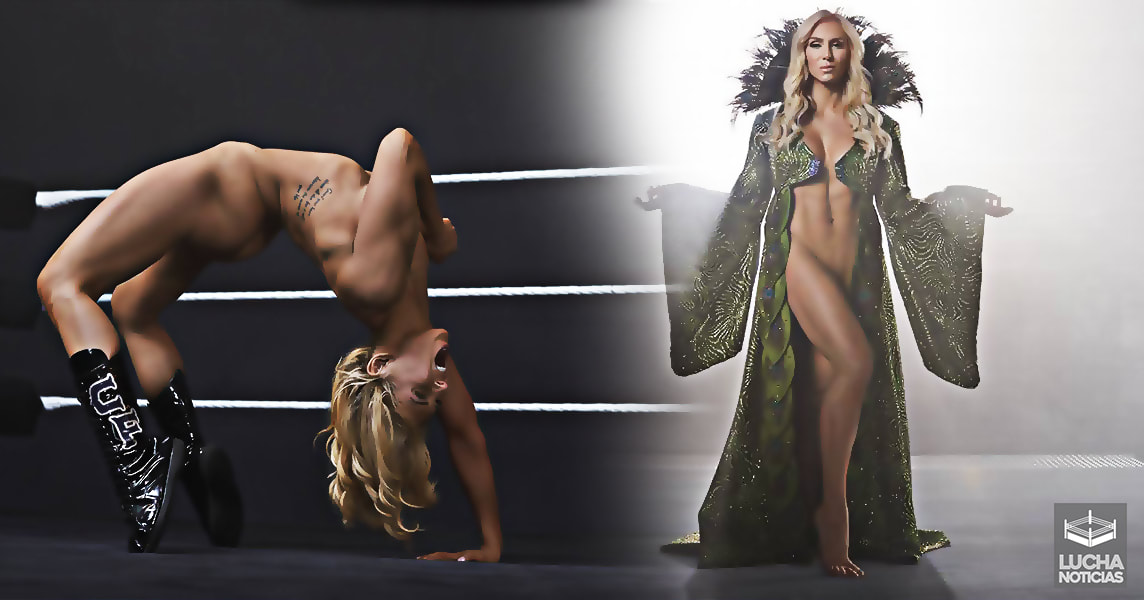 Charlotte is scheduled to start back on the road on 7/31. She explained her problems with her implants. She first got implants at the age of 21 and they were saline implants that leaked. She got them redone with silicon, and they also leaked, actually both of them. She didn’t know but she had started getting a lot of pain in her back and in different parts of her body. She didn’t know what was wrong because she couldn’t remember an injury. So she finally got checked and they included a mammogram which found that her pain came from her silicon leaking to other parts of her body, so she her breasts redone to prevent further leakage. Because of WrestleMania and being booked on Backlash, and shooting for the ESPN Body issue, she made the call to just work through it, get the surgery after Backlash, so she’d be back before SummerSlam. 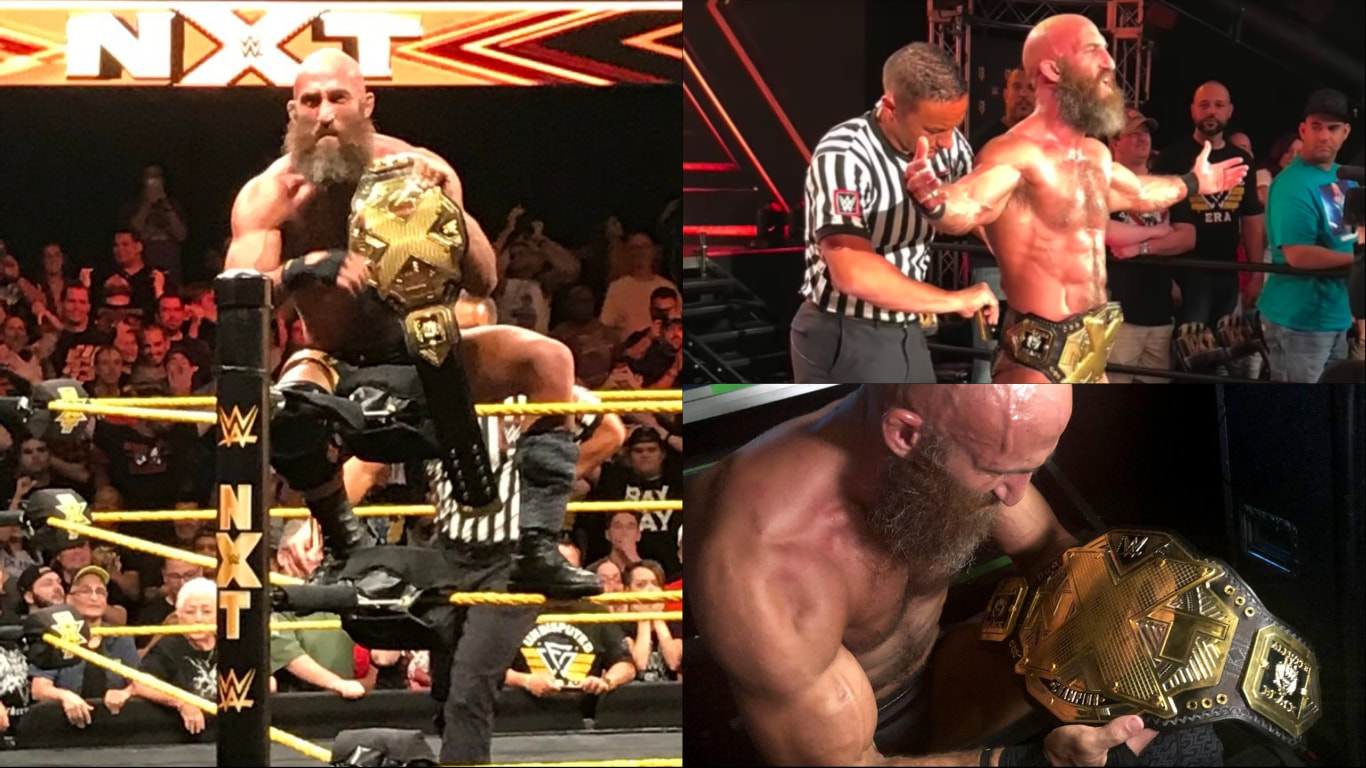 Tommaso Ciampa won the NXT Championship from Aleister Black at last week's NXT television tapings. ​The story was that Black had the match won, but a ref bump prevented the pin from being counted. Gargano ran in while Ciampa was trying to use the NXT title as a weapon. He attacked both Ciampa and Black, kicking Ciampa and then hitting Black with the championship belt. Ciampa threw Gargano out of the ring and hit an Angel's Wings slam on Black to become the new champion.

Black vs. Gargano was made for later in the night, but it ended in a no contest when Ciampa attacked them. William Regal entered and announced the triple threat match for TakeOver. 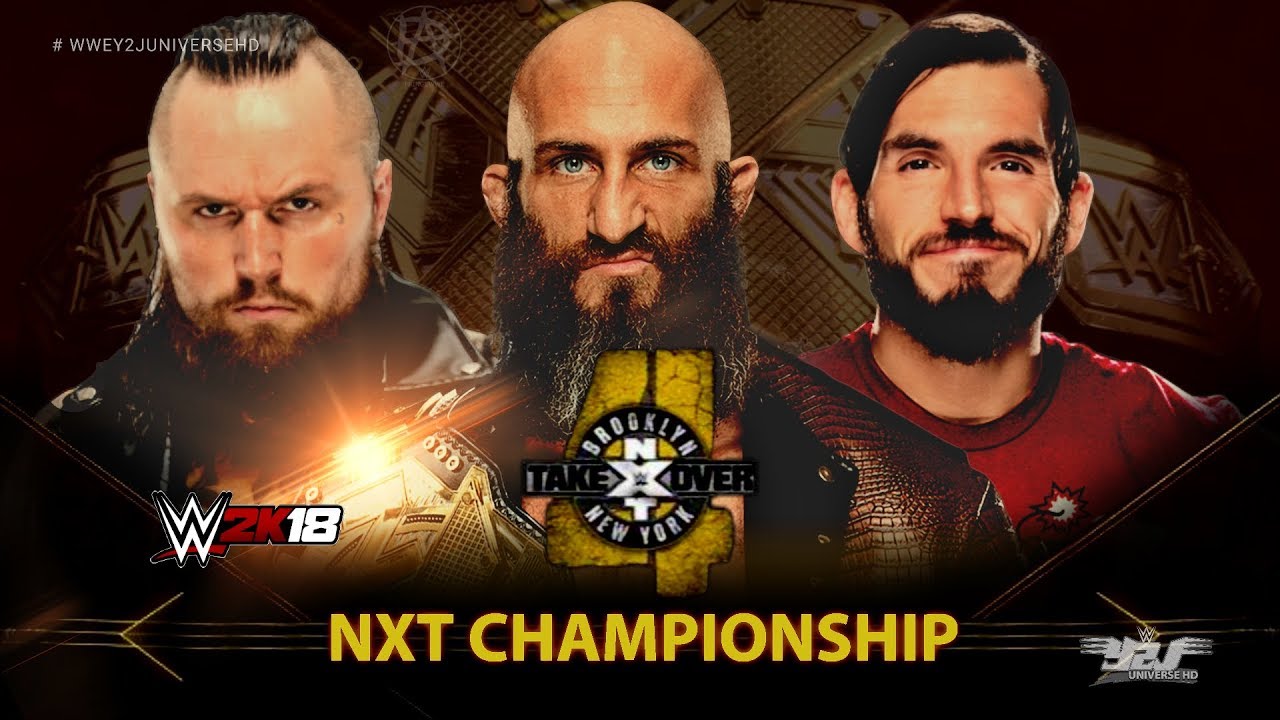 With so much happening over the past few weeks, we haven't been able to dedicate enough time here to run down the blocks in this years G1 tournament, which began last weekend, and so far is trending to be the best tournament in history, especially the B block. 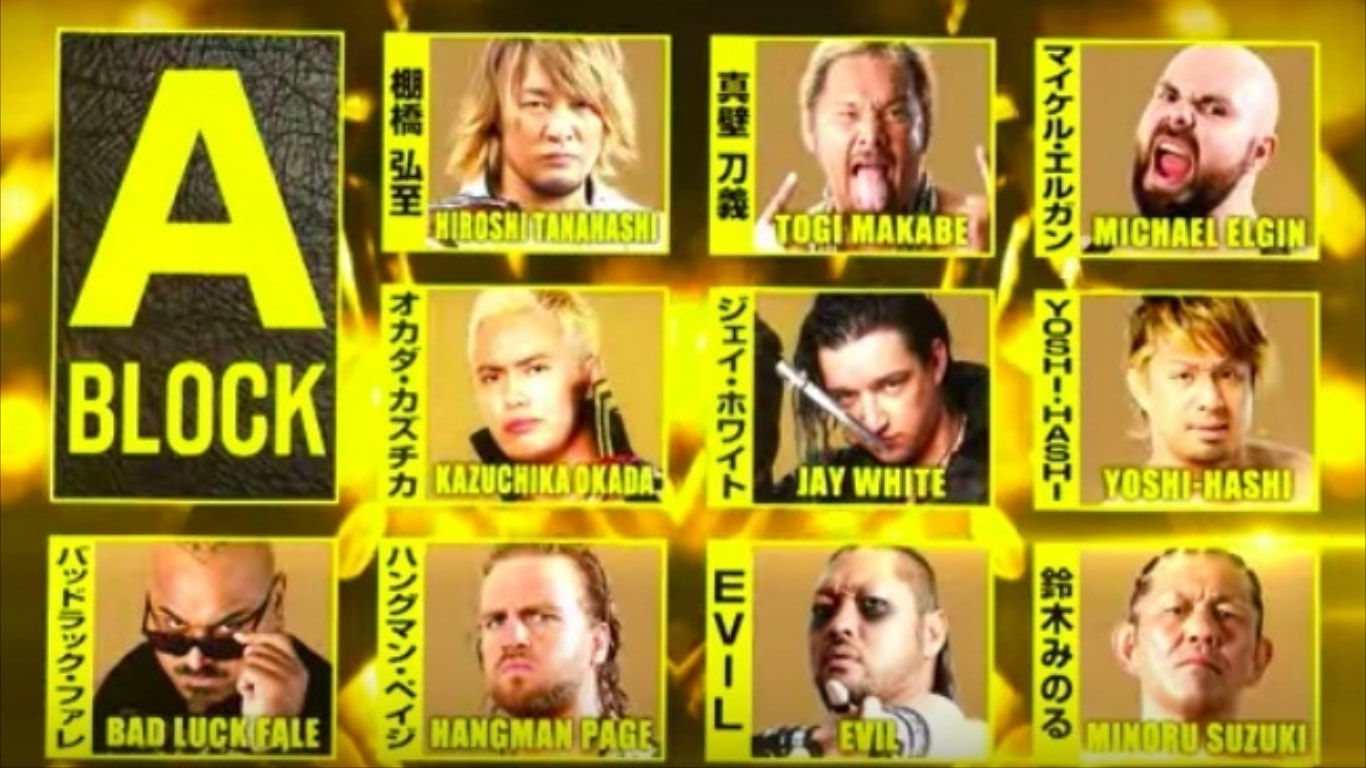 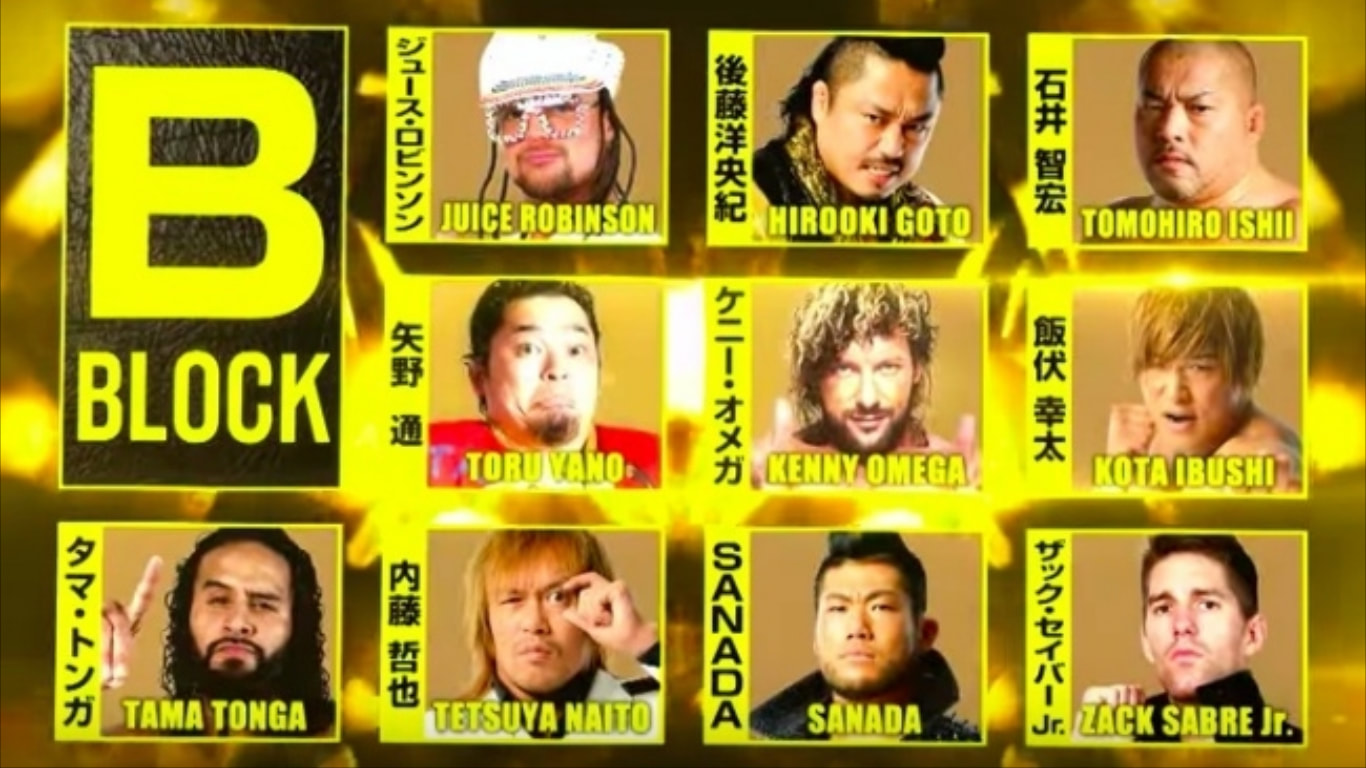 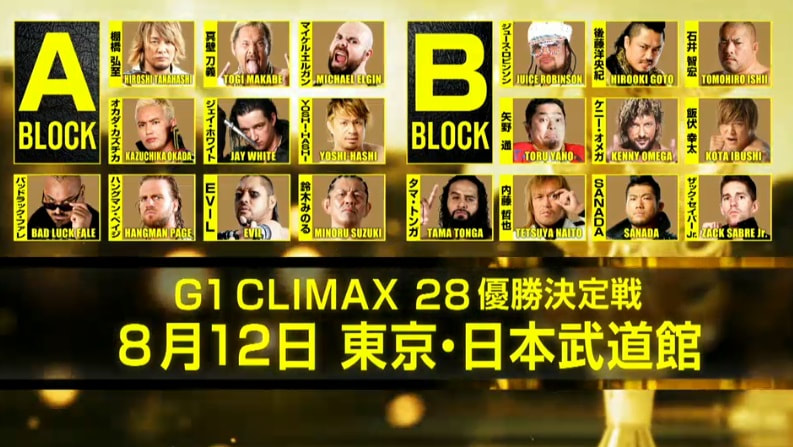 The tournament is so far tracking to be the most successful business-wise in history, opening with four straight sellouts. While a misleading stat, having to do with larger capacity venues, since last year’s tournament also started with four sellouts, currently attendance is up 40.6 percent. Jay White has opened the A block with wins over Kazuchika Okada and Hiroshi Tanahashi. 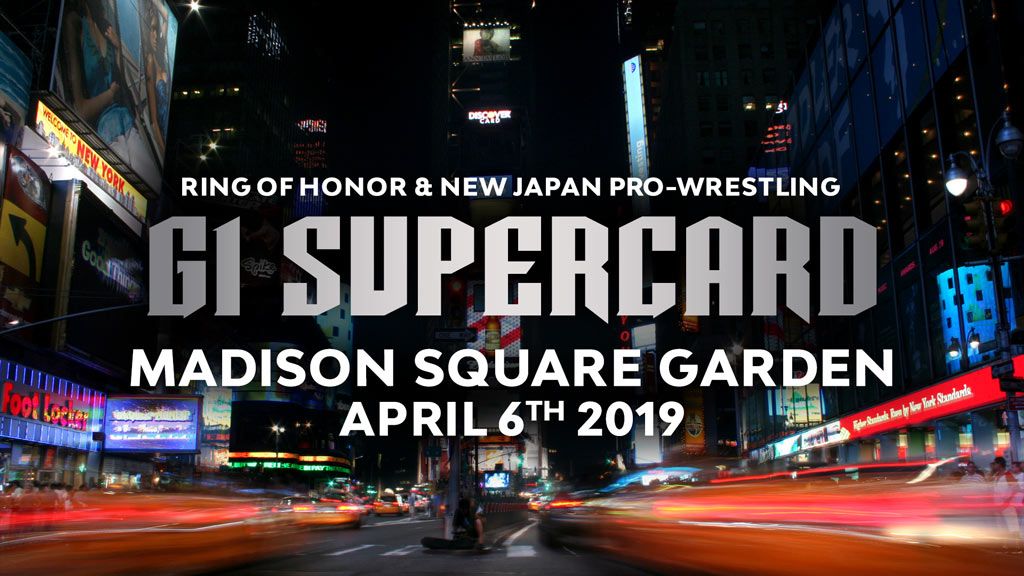 This is a head-to-head battle, not just because of WrestleMania, but NXT Takeover will go head-to-head at the Barclays Center, making it the biggest head-to-head wrestling battle that night in the history of New York City. With the on sale date being in just a few weeks, the ticket pricing has to be decided shortly. We’ve talked with a few people who have knowledge of the ways the discussion has gone. This will be very different from All In, as tickets won’t be cheap. The actual pricing was not decided as of several days ago, but the idea of a $300 top price, with lots of seats at the price, and a $50 low price is probably close to how it will go down.

Because it is New York and MSG, and with NXT competition, it is incumbent to do an Omega vs. Okada IWGP title match, or something very close to that, as the main event. MSG will be set up for 15,000 fans. WWE usually sets up for 15,000 to 16,000, depending on stage size, always does well, but has only sold out once in more than six years, which was the October 3, 2015 show with Brock Lesnar’s first MSG match in more than a decade.

The way tickets are scaled, if this does sell out, or comes close, this would be the first non-WWE pro wrestling event ever held in the United States to ever top a $1 million gate. Even WCW never reached that figure for their biggest stadium events. 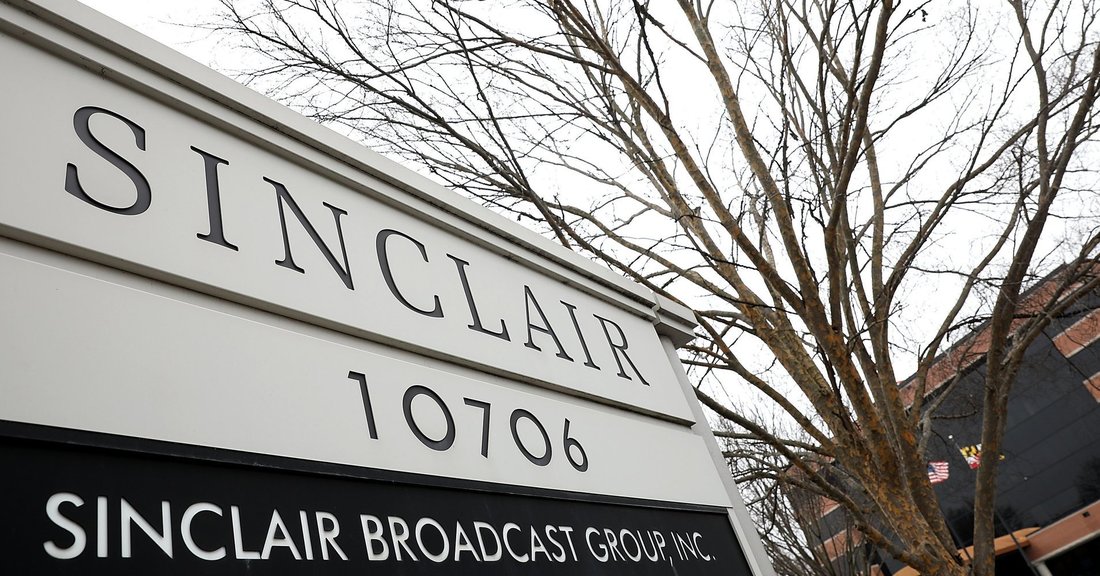 A major news story that has pro wrestling implications as far as ROH is concerned is that FCC Chairman Ajit Pai said that he had serious concerns about the planned Sinclair Broadcasting Group’s purchase of Tribune Media, and that the merger would not be approved as things stand right now. The proposed $3.9 billion purchase by Sinclair of Tribune stations would give Sinclair stations in 59 percent of the country, or 215 stations in 102 markets. The law is that no single company can own local television stations that reach more than 39 percent of the country. To get the number down to 39 percent, Sinclair was going to sell 23 stations, but was structuring the deals where they would sell but still control the programming on those stations.

The pro wrestling connection is that the sale would give Sinclair a number of major market affiliates, including in New York, Los Angels and Chicago, where ROH would get local television that at this point they don’t have. What’s notable is that New York and Chicago, even without local television, are ROH’s two best regular markets. Whether local TV would boost their profile, or with niche hardcore product, the fans they would draw from already know about the product, is unclear. 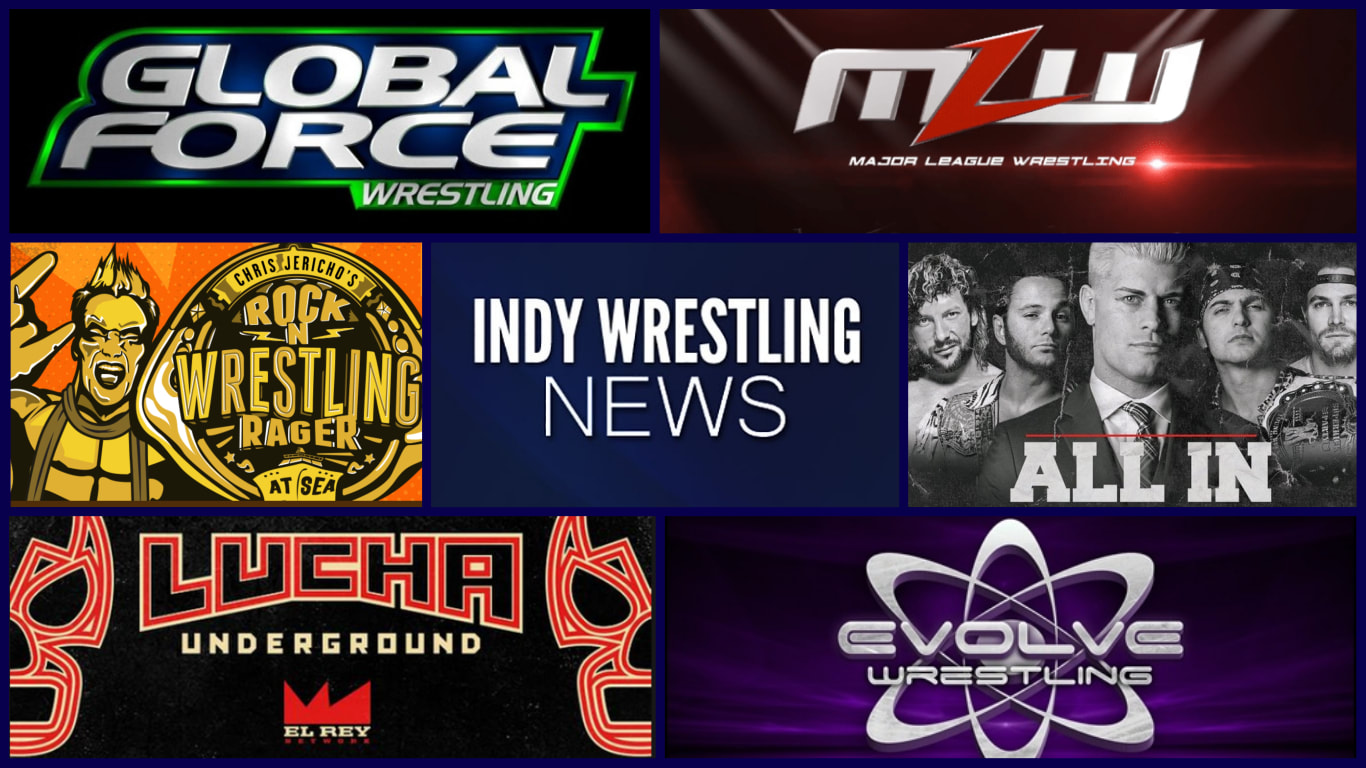 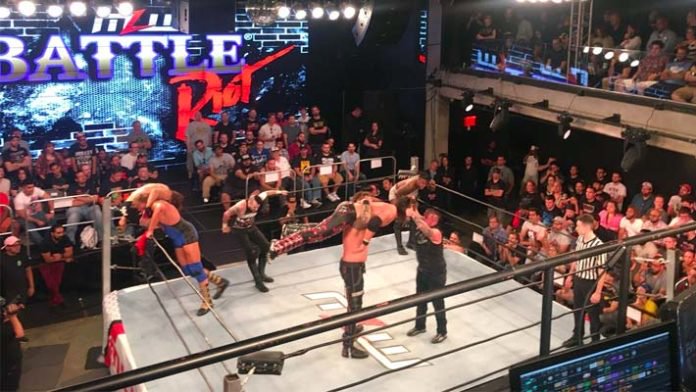 Lawlor last eliminated Hager for the win. He will be able to challenge for the MLW title anywhere at any time. This match, along with the middleweight title match and Brazil vs. Reed will be part of a two hour special that will air this Friday night.