Suggs Out for the Season 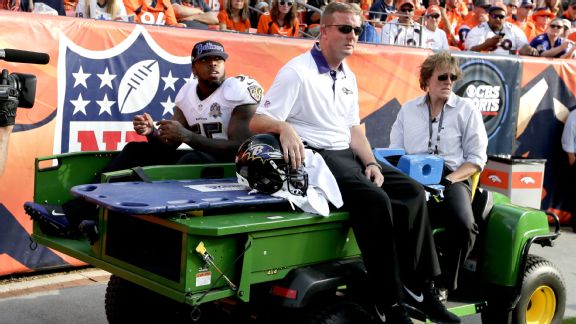 The sight of Terrell Suggs being carted off the field yesterday in Denver was like a kick to the gut. My friend Chris Jackson said, he's probably cramping up due to the heat, but I knew better. Suggs' face told the story. He was done.

Not long after the lost to the Broncos, Coach John Harbaugh announced that Suggs tore his left Achilles during the game. Suggs tore his right Achilles a few years ago, and now this one could be catastrophic. Torn Achilles on both legs in the short span of 3 years. Smh. That is a lot to come back from.

Now some think I don't like Terrell Suggs, but that is simply not true. I have been critical of his level of commitment to staying in shape in the off season and coming to camp ready to play. I have been critical of his constant talking and not stepping up in big moments to back it up. But I clearly know that Suggs is a great player and very important to the overall effectiveness of our team. He is a force to be reckoned with, and losing him will have a huge impact on our season.

The combination of Suggs and Elvis Dumervil was a tandem of destruction. Together, they instilled fear in the hearts of the opposing quarterbacks and gave us an edge in the sack category. Replacing Suggs will not be easy.

The Ravens can go one of two ways. One is to rely on Za'Darius Smith, the rookie 4th round pick, to step in and try to make some plays. He won't be Suggs, but you never know what you have until you put him out there and let him swim.


The other option is to try to sign a veteran off the scrap pile like Dwight Freeney, John Abraham, Mathias Kiwanuka or Shaun Phillips, as Jamison Hensley suggested in the Baltimore Sun. The Steelers brought in James Harrison last year and he worked wonders for them. So its possible a veteran could come in and help fill the void for us.


Either way, they will have to do something, because the lost of Suggs is not just a hit on the field, but he brought that Swagger to the team that is hard to duplicate or replicate. His leadership will be missed and I hope we can bounce back from the lost quickly. I pray that Suggs is able to fully recover and make it back, sooner rather than later. 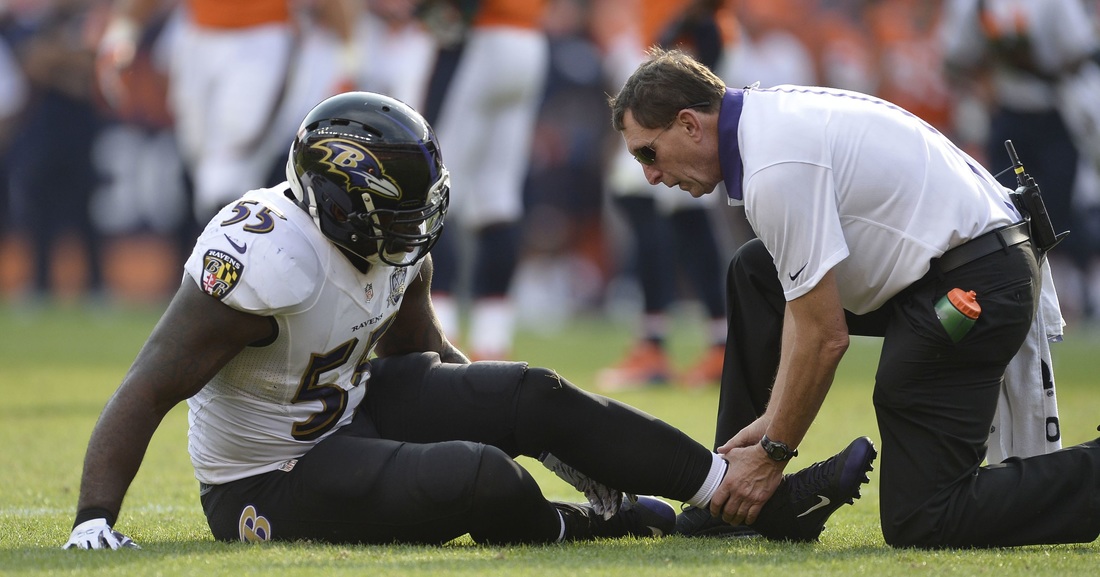