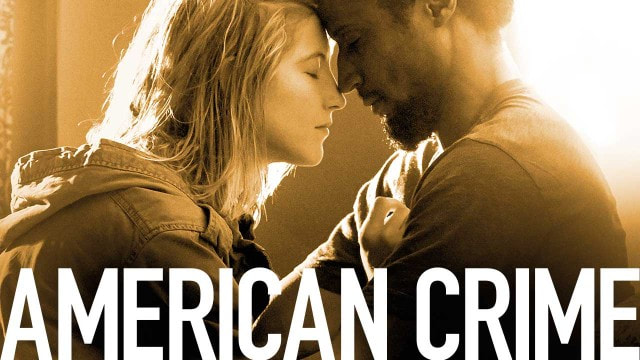 When ABC ran promos for American Crime during Scandal and How to Get Away with Murder earlier this Winter, I was skeptical. The previews just didn't grab me. Their main focus seemed to center on the writer of the film 12 Years A Slave being the creator, but that didn't impress me.

So I didn't watch the show during its original premier and instead watched a few days later on DVR.

I was intrigued with the premier, and while it wasn't a blow away episode, it set the stage for a story to develop. The cast is impressive and the the pacing and presentation reminded me of the movie Crash.

I normally don't do this but the show is so complex and good, I want to post the exact show synopsis from ABC.com.

"Following the home invasion murder of Matt Skokie – a war vet – and an assault on his wife Gwen, four suspects are brought into custody: Tony Gutiérrez, an impressionable teen who got in way over his head even under the watchful eye of his dedicated and hard-working father, Alonzo Gutiérrez. Hector Tontz, a young man who has lived life on the fringes of society and has made bad decisions just to survive. Carter Nix and Aubry Taylor, two incredibly lost souls whose addiction to drugs and to one another has become destructive and paralyzing.

Though the suspects fit a profile, they and their situations are far more complicated than anyone would have initially believed... As is true for the victims themselves. As Russ Skokie and Barb Hanlon – divorced and estranged – arrive to both bury their son Matt, and seek a measure of justice for his killing, they discover their son may have been far from an innocent bystander in his own murder.

Told from the points of view of all those involved, this new drama examines preconceptions on faith, family, gender, race, class and other aspects of our social experience with an approach and perspectives historically undeserved in media."

Well, over the next few weeks, this show completely captivated me and actually has become must see TV. The development and story progression from week to week is exactly the type of TV that I love, the kind that keeps you excited for the next episode.

Last week's episode was the best yet, as the layers to the onion continue to unravel. I suggest you take the time to catch up with American Crime. It touches on the racial and social divide in this country and does it from different points of view.

Definitely worthy of your time and it's my pick for TV Best of the week.