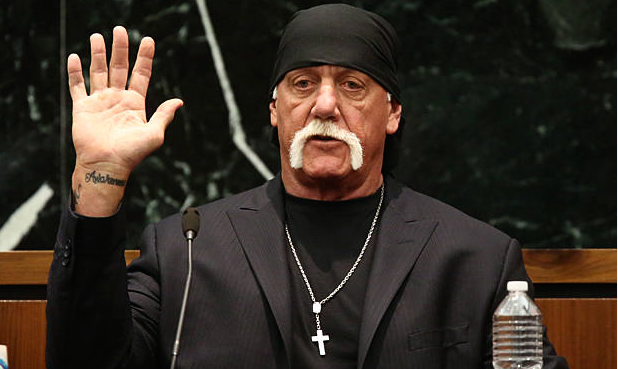 Hogan vs Gawker: Hogan or Bollea? 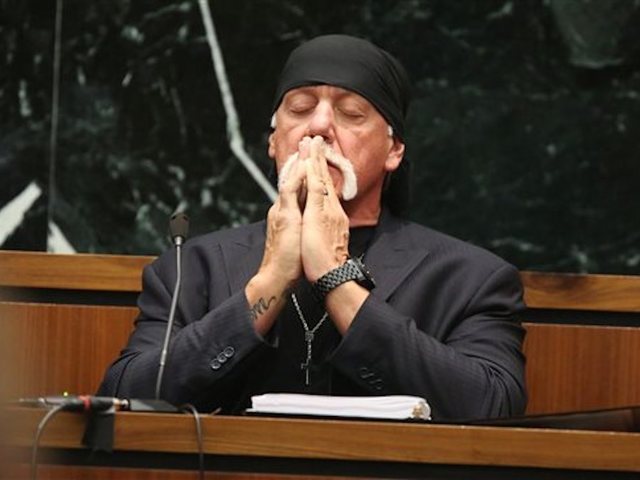 If you don't know, the basis of the lawsuit is Hogan is states that his right to privacy ws violated in a post Gawker ran in October 2012 that included a video showing the wrestler, then 58, appearing to have sex with a woman called Heather Clem, who at the time was married to Hogan’s best friend, talk radio DJ Bubba “the Love Sponge” Clem. 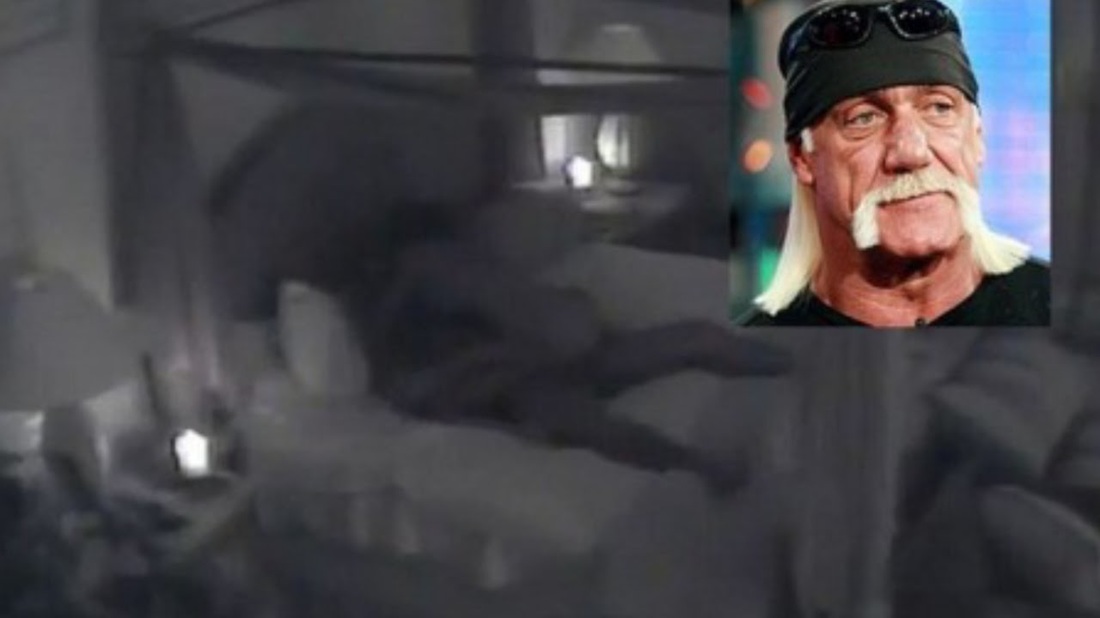 The post, which was titled “Even for a Minute, Watching Hulk Hogan Have Sex in a Canopy Bed is Not Safe For Work but Watch it Anyway”, included not only the video but an accompanying essay describing the intercourse in not-entirely-flattering terms.

The Hulkster is asking for $100 million in damages for defamation, emotional pain and loss of privacy.

​What it comes down to is that Gawker is saying that the video of Hogan and Heather Cole having sex was a matter of “public concern” because Hogan had not only made his sex life and sexuality a major part of his public persona, but had denied having sex with Cole.

Well it got really serious on Monday and crazy on Tuesday. 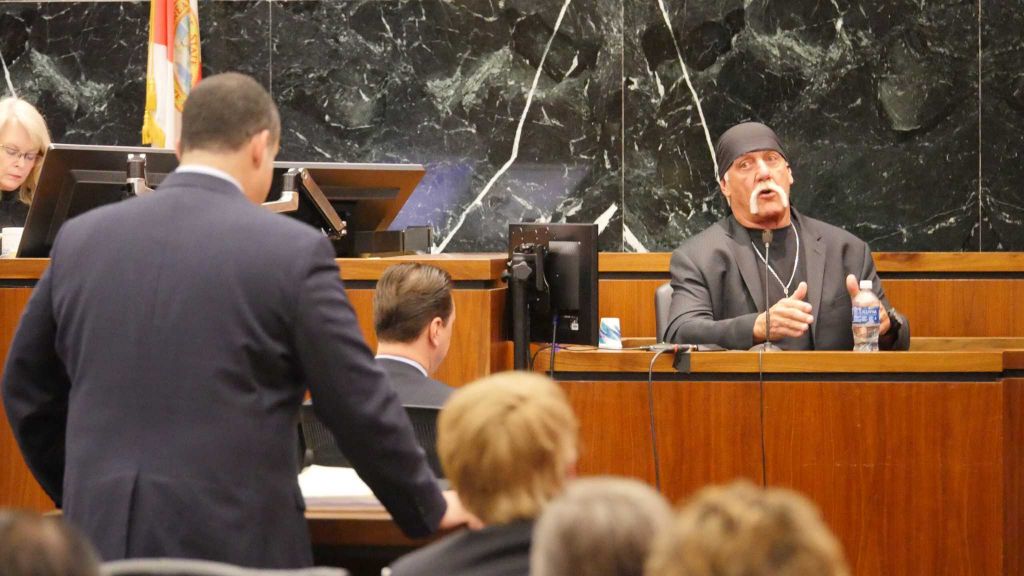 ​Hogan testified on both days. The Gawker lawyers tried to impugn his credibility based on all the lies he’s told over the years, and he tried to claim that it was Hulk Hogan telling lies, but it was Terry Bollea who was filing the suit, that Hogan is an entertainer playing a role and everything he does in public is Hulk Hogan, but he’s not Hulk Hogan, he’s playing the role of Hulk Hogan.

Gawker’s side of the story is that Hogan had talked sex and his sex life many times and thus as a public figure his doing so makes it a news story.

Hogan tried to act like the video of the sex tape airing has greatly hurt his marriage and his relationship with his kids. 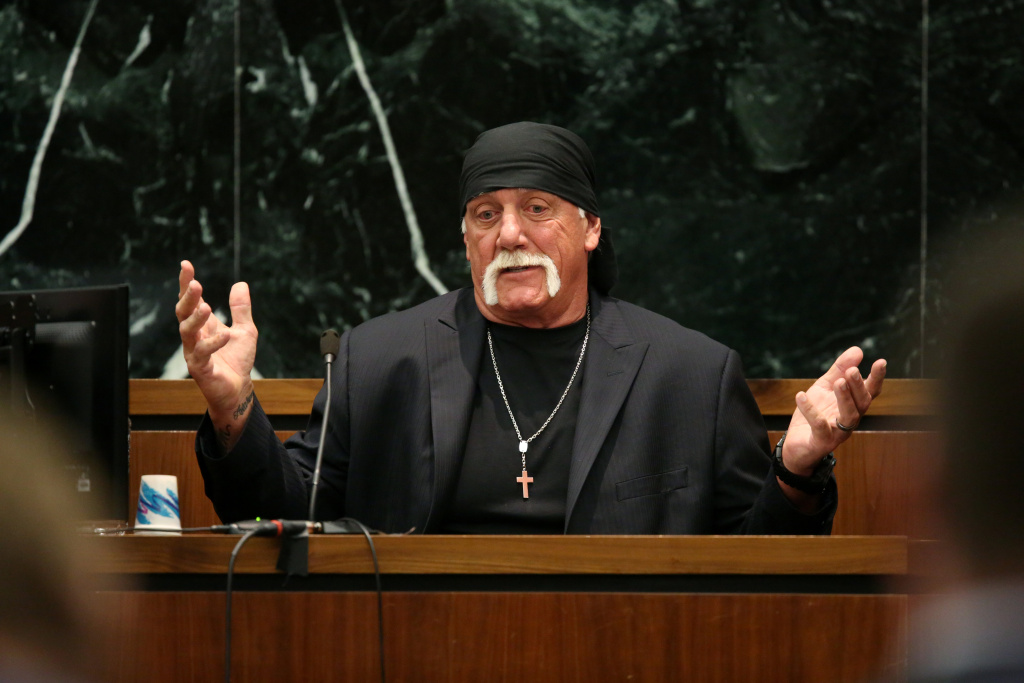 ​Once when it was brought up him talking about the size of his penis on Bubba the Love Sponge’s show, he said that was Hulk Hogan, not Terry Bollea.

He pushed that he thought he really didn’t have a lot of friends and Bubba was his closest friend and how broken hearted he was when you found out Bubba had secretly taped him having sex with Bubba’s wife and on the tape you could hear Bubba and Heather basically saying that if they needed it, that’s their retirement with the idea they could blackmail Hogan with the tape later in life.

He said he nearly had a heart attack seeing it but was able to get past it when he realized Bubba was never really his friend. He said Bubba had denied to him ever taping it. He claimed he went into the match with Andre the Giant at WrestleMania III not knowing if Andre would be kind enough to let him win because there was no way he could beat him legitimately.

Hogan being Hogan and I must say, it appears to be working.

As for the actual substance of his testimony, the key is Gawker pushing Hogan as an unreliable liar/con-man/worker with Hogan emphasizing his lack of consent and his emotional distress. 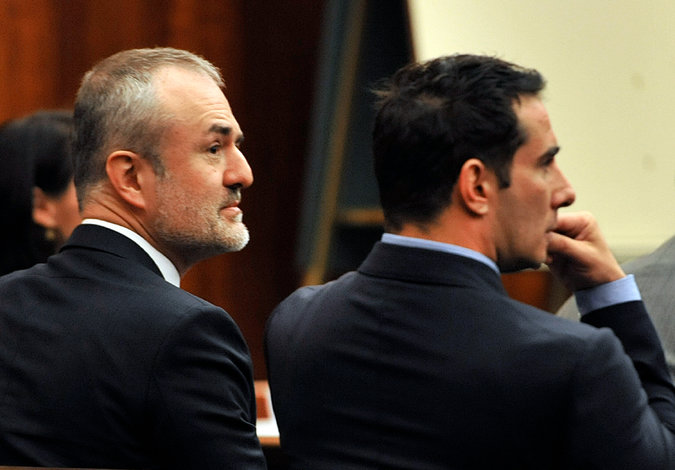 The story that’s gotten the most mainstream attention is another oddity. This time, it came from a playback of deposition testimony (he wasn’t live on the stand) former Gawker writer and editor A.J. Daulerio, the co-defendant of Gawker Media and founder Nick Denton. Here’s the exchange:

Q. So it’s fair to say that whether he suffered emotional distress or not that played no part in your decision about whether and what to publish?

Q. Is it your view that any celebrity sex tape is newsworthy?

Q. What sort of celebrity sex tapes would not be newsworthy?

A. I couldn't say specifically.

Q. Well, can you imagine a situation where a celebrity sex tape would not be newsworthy?

SETH BERLIN (Gawker Attorney):: Objection, cails for speculation, but you can answer.

A. If they were a child.

Q. Under what age?

Q. No four-year-old sex tapes, okay. [Then continues with a new question.

This was on the front pages of tons of mainstream news sites, including, of course, the New York Post. Gawker came off terribly here. ​​

This case will continue on and we will give our thoughts more next week.