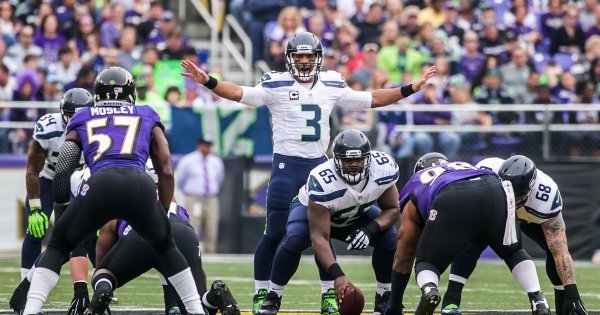 The Ravens started Jimmy Clausen, their third QB of the year. prior to this season, the one constant the Ravens have had since 2008 has been Joe Flacco at QB. With him being gone, the team experiencing the agony of the numerous other teams who have lacked stability at the QB position. Really makes you appreciate the importance of having a franchise QB like Joe Flacco who, while is nowhere near perfect, has at least given us a great chance to win many games over the course of his tenure.

The game was competitive early, and the Ravens fought hard. But just before halftime, the Seahawks were able to score a touchdown and create some separation. And they never looked back. The Ravens failed to reach the end zone with Clausen at the helm, which was no shock. the team is littered with significant injuries and at this point, we are just playing for pride and evaluation.

I like Kamar Aiken, and I think he will be a piece to the receiving core next year. Other than that, the rest can go. Butler has a lot of growing to do. The offensive line will be experiencing some change this off season as well.

But overall, this was a straight ass whipping, one we all saw coming. On to next week, no highlights needed.