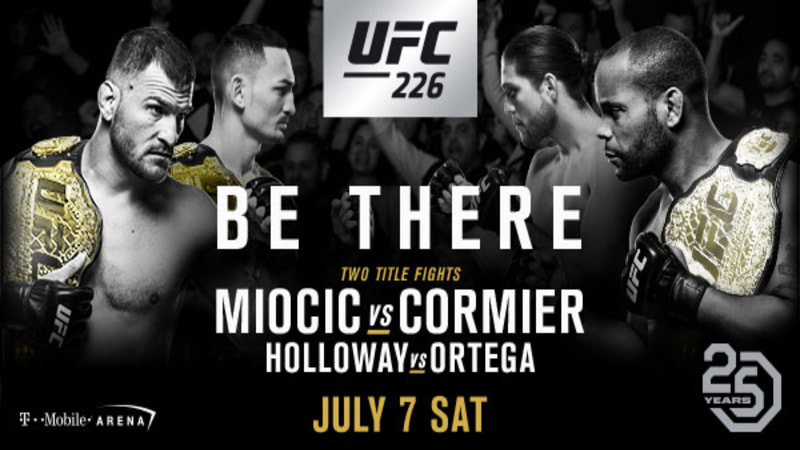 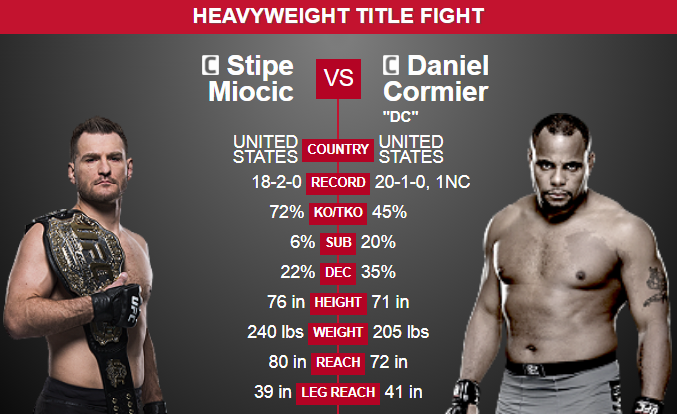 On Saturday night, Daniel Cormier shocked the world when he knocked out Stipe Miocic to become the new UFC heavyweight champion, making him the champion of two divisions. Cormier looked huge coming into the Octagon to be quite honest, and he is one of those fighters that you could easily underestimate if you look at his physique. But don't get it twisted, this guy is a cardio monster and he is as strong as an ox. He manhandled Stiipe from the opening bell, and it was obvious that he was clearly prepared for a fight.

Cormier is a world class wrestler, but he doesn't get enough praise for his striking. We have seen him destroy Rumble Johnson, a world class puncher, twice. The only blemish on DC has been his inability to topple Jon Jones, though the argument is that Jones may have have been dirty during both fights, after drug testing nullified Jones second victory. But this win over Stipe, a dominating knockout win, not a fluke win by any means, has to earn DC the respect of anybody who doubted just how great he really is.
The post fight ange was clearly contrived between DC and Brock, but that doesn't mean it wasn't great! I loved this, and its exactly what UFC has been missing without guys like McGregor and Jon Jones. The heat and buzz after the angle was electric, and it got everybody wanting to see the fight. A fight, I quite honestly did not want to see prior to Saturday night. But after seeing DC topple Stipe and then the angle with Brock, I'm intrigued. 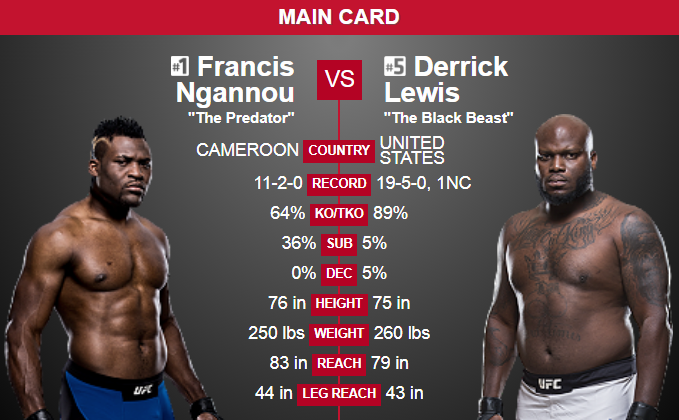 I hesitated on whether I should comment on this fight, but I must. This was the worst fight between two guys who I know are better, that I have ever seen. I mean they did NOTHING, for three long ass rounds. It was pathetic. Ngannou went from looking like a world beater 6 months ago, being praised as the next big superstar, to getting destroyed by Stipe and shell shocked and scared to fight in this one. Both men deserved to lose. Terrible. And you know Dana White was pissed afterwards. It was a disgrace.
By: Larry Causion Jr.    CausionCreations.com
Posted: Sunday July 8, 2018