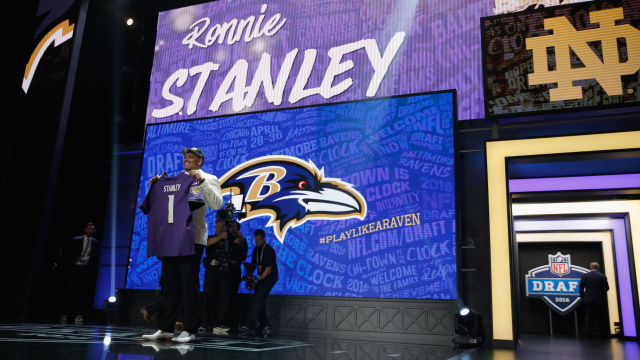 Let's not waste anytime. All day Monday, I had to hear and read Mel Kiper and Todd McShay express how impressed they were with the 4th round the Baltimore Ravens had during this years NFL Draft. It was historic, the value they were able to get and Mel gave the Ravens the grade of an A, for the draft. And you know, these guys are paid a lot of money to evaluate the talented players that enter the draft and I respect their research and opinion.

But that doesn't mean I excuse the obvious. Heading into this draft, i said the two main areas the Ravens would need to address would be corner back and inside linebacker. After the draft, I feel the same damn way.

​Let's take a look at the Ravens selections:
As I look around, many are giving the Ravens very good grades. As I said, that is great and as a fan I hope it all works out. But I believe the Ravens missed out on some true studs in this draft and time could prove me to be correct once again. And before you tell me to calm down or be patient, this is not the first time I have come after a Ozzie Newsome draft questioning his choice to pass on certain talents due to things that have little to do with the talent of the player. I am a fan of Ozzie so I'm not attacking his ability to do his job or omitting all his great selections and signings, but anyone who chooses to ignore his cases of bad judgement are drinking too much kool-aid.

It's not arm chair quarterbacking or judging in hindsight, its analyzing the situation and seeing that time has proven that our evaluation was wrong. If you don't believe me, lets take a walk down memory lane. 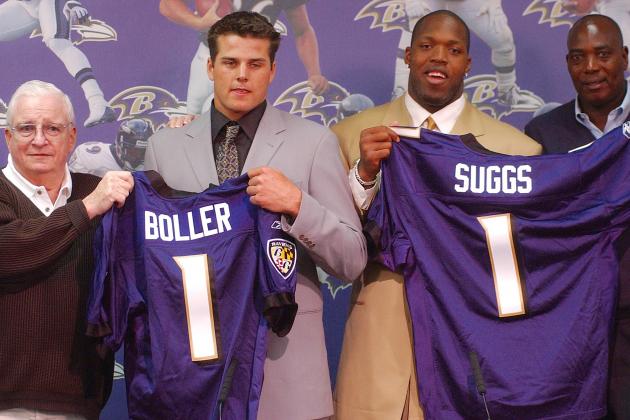 In 2003, Ozzie drafted the great Terrell Suggs with the #10 pick overall. A pick that has added to the legacy of Ozzie as one of the best to ever do it. But one move in that very same first round that may have cost us a few more rings was the decision to take Kyle Boller at #19, trading away a second round pick in 03, and 1st round pick in 04!!!!!!. Smh. And this bum went on to waste the prime of maybe the greatest stretch of defense this league has ever seen. 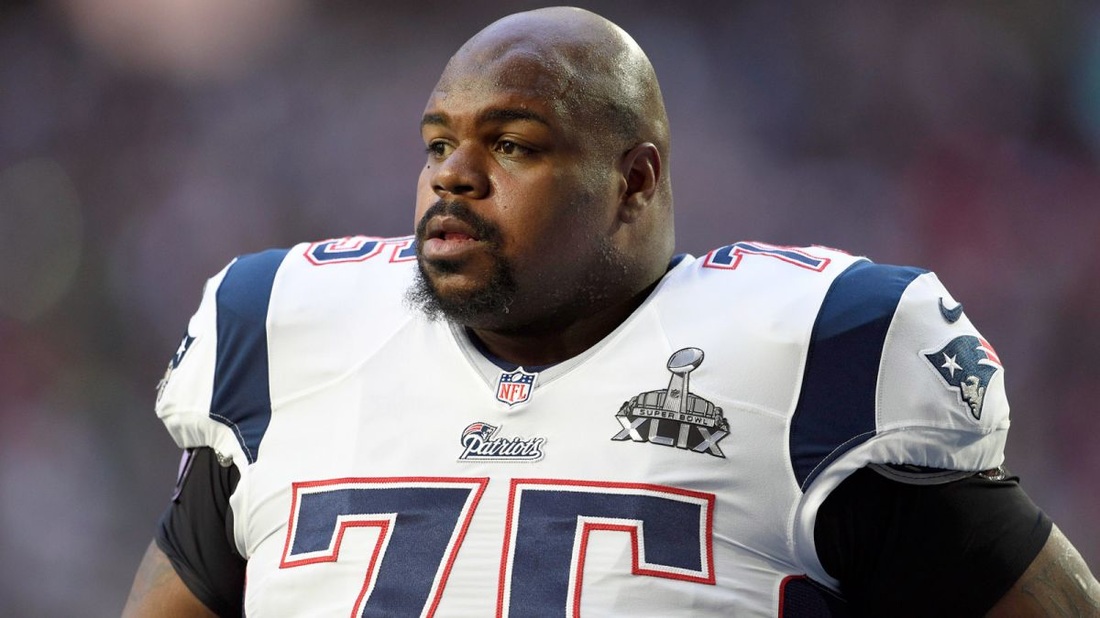 In 2004, we had no round 1 draft pick because we wasted it in trading for Kyle Boller in 2003. With that selection, the Patriots selected Vince Wilfork, the dominant defensive tackle. A defensive tackle the Ravens could have really used. Think about how that would have changed things for us. We wouldn't even have had to draft Ngata a down the road. Or could have paired Ngata with him. Jeez.

Ah boy. In 2005, the Ravens selected wide receiver Mark Clayton, #22 overall. Now don't get me wrong, Clayton was a baller at Oklahoma, but this is about how the pick turned out. Many, including myself thought the Ravens could have drafted a way better player at that spot, but they chose to pass on guys like AARON RODGERS!!!! But it didn't stop there. their 2nd round pick, Dan Cody was huge bust as well!!! Jeez. Considering all the talent we had on the team at the time, I would say this was a problem.

In 2006, the Ravens made one of the best selections the franchise ever has by selecting defensive tackle Haloti Ngata #12 overall. Ngata gave us many great years and will forever be one of the best Ravens ever. But like I mentioned earlier, we may not have even had to draft a defensive tackle in 06, if we hadn't botched things up in previous years. In round 2, the Ravens added a valuable piece in Chris Chester, though he didn't knock anyone's socks off. It was solid pick up. But when you look at the rest of the class, there was value in a good punter in Sam Koch, but we passed on some very good talent. 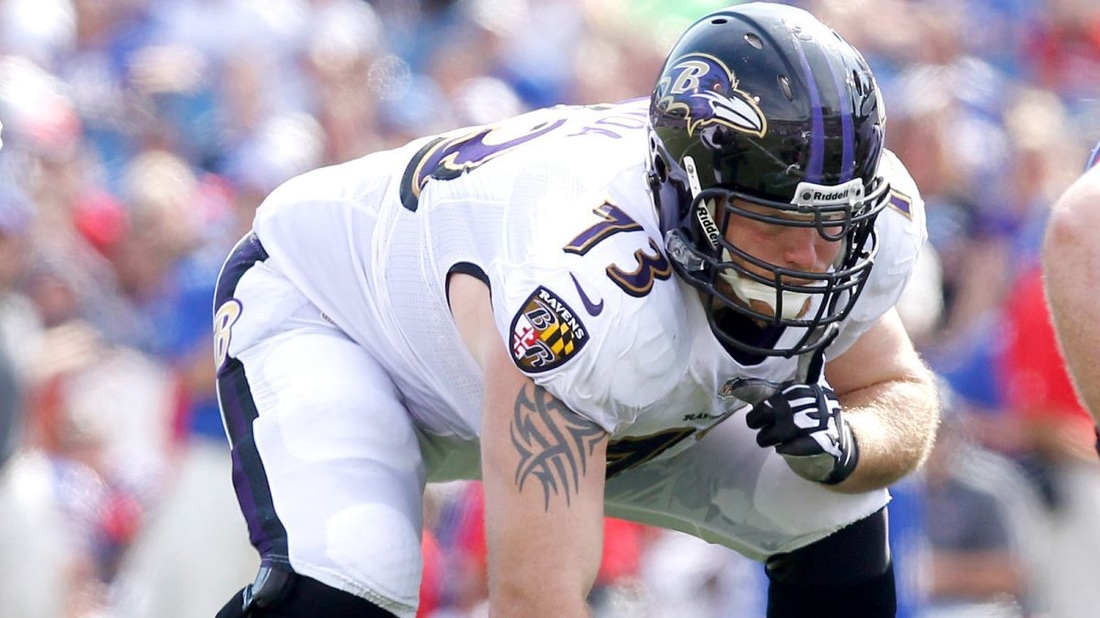 The 2007 draft is one of those years that really bothered alot of Ravens fans on the surface, but considering the fact that we traded away a 3rd and 7th round pick for Willis McGahee, one would expect less impact. But the Ravens took Ben Grubbs and Marshall Yanda in this draft who were excellent offensive linemen for the team. So those picks along justify the draft to me. Ozzie showed that he could trade away picks and use the one he kept to bring in great value. Best draft moves in awhile if you ask me. But there still was one very notbale bad decision that pissed alot of people off including me at the time. Yea, Yamon Figurs. Smh. 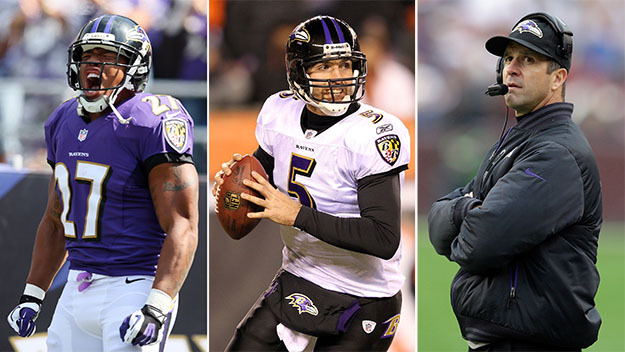 What began the year before, continued in the 2008 draft, as finally the Ravens proved they could draft offensive players again!! They got the linemen in 07 and in 08, the new era began with the selections of Joe Flacco and Ray Rice. Ozzie showed he was the man with the plan and they pulled the trigger. Though, after those two picks, there really were some clear misses. Yikes. 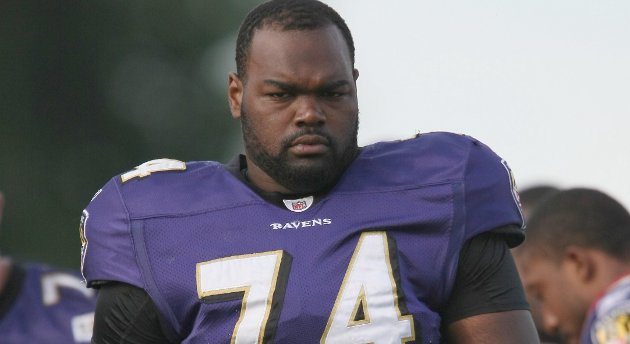 In 2009, Ozzie selected what was supposed to be Jonathan Ogden's replacement, Michael Oher, with the #23 pick in the draft. We all knew his story from the movie "The Blind-Side". But he is one of the worst underachievers ever selected by the Ravens. Just sickening how many Sunday's we were tormented by this bum. And to think, we could have had Clay Mathews at the spot. But we also picked up some quality players as well. 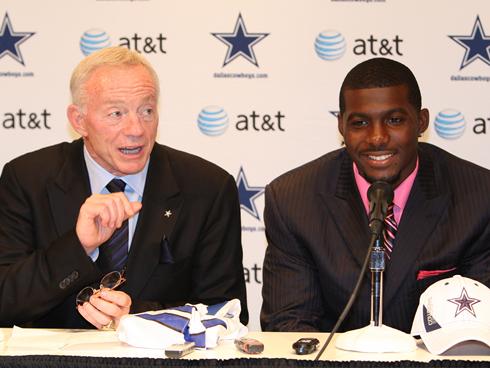 The beginning 2010 draft for the Ravens had the theme of what could have been. The Ravens were sitting at 25, hoping that star wide receiver Dez Bryant would fall to them. Then suddenly trades started happening, and they scooped by the Dallas Cowboys who traded up and drafted Bryant, who is today one of the best receivers in the league. Failing to get Bryant, the Ravens traded out of the 1st round and acquired an extra 2nd round pick. They drafted Sergio Kindle out of Texas with their first pick and unfortunately Kindle never touched the field to contribute for the Ravens. Also they drafted Ed Dickson and passed on Gronk!!! But they did find value in 2010. 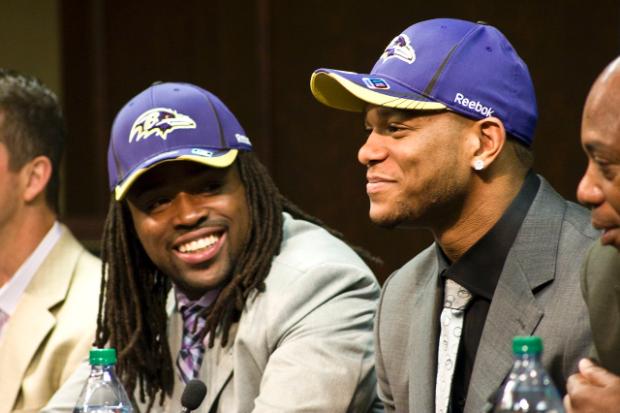 In 2011, the Ravens made two interesting selections with their first two picks. Needing a potential stall worth corner, with the the #27 pick they picked their current #1 corner-back, Jimmy Smith. Smith has been a disappointment overall, especially last year when many thought he was posed for a breakout season. In round 2, they chose Torrey Smith, the best receiver the team has ever drafted, which says a lot if you think about that. And we know how that ended. 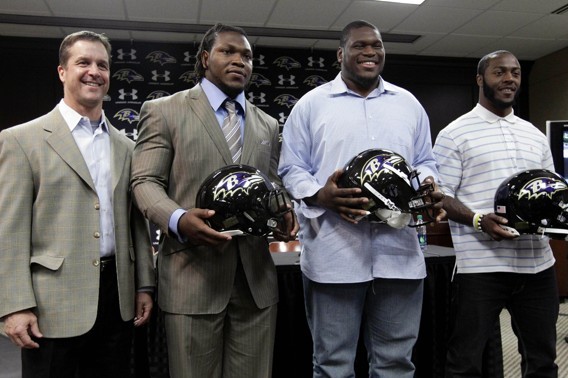 If you look back at the 2012 Draft, the most interesting thing is that not one player from that draft is on the roster today. Of course, the best selection was our 2nd round pick Courtney Upshaw out of Alabama but KO was a huge key to our success as well. But honestly, overall, this draft class for the Ravens was weak. Really weak. And we won the Super Bowl!!! 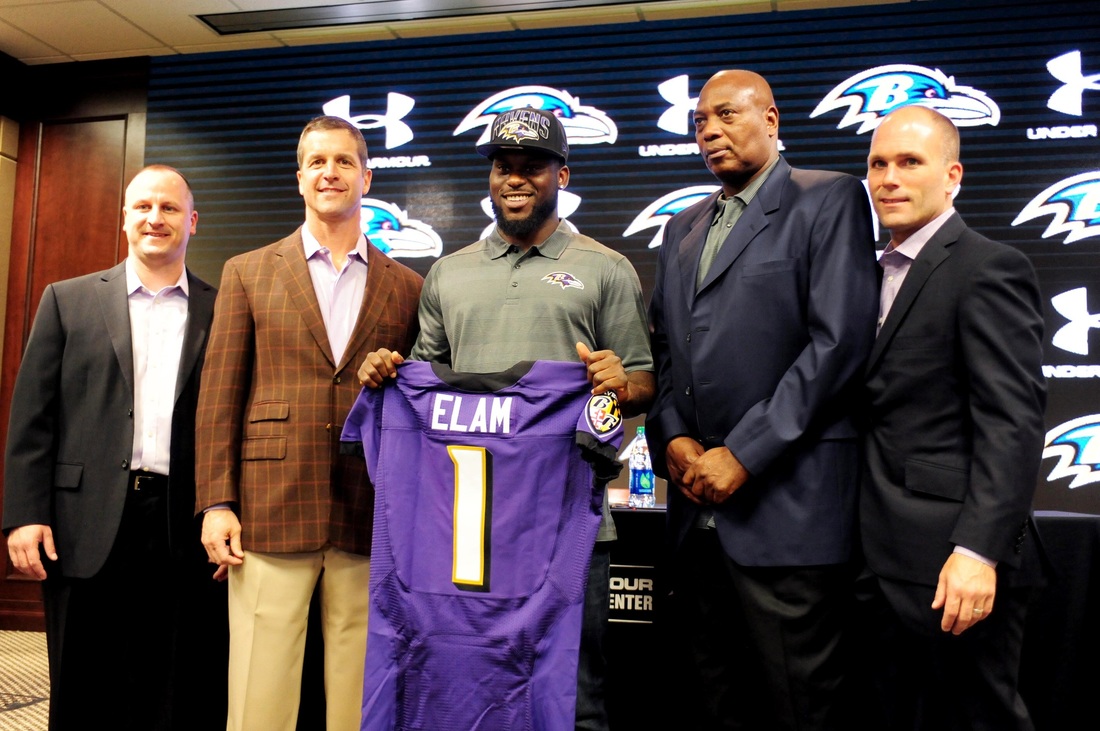 One word describes the 2013 Ravens draft, underwhelming. On Monday, the Ravens decided not to pick up the option year on the player they took #32 overall, Matt Elam. Calling him a bust would be an understatement. While Brandon Williams and Rick Wagner are good players, there was so much more value in this draft that the Ravens just missed. Let me count the ways. 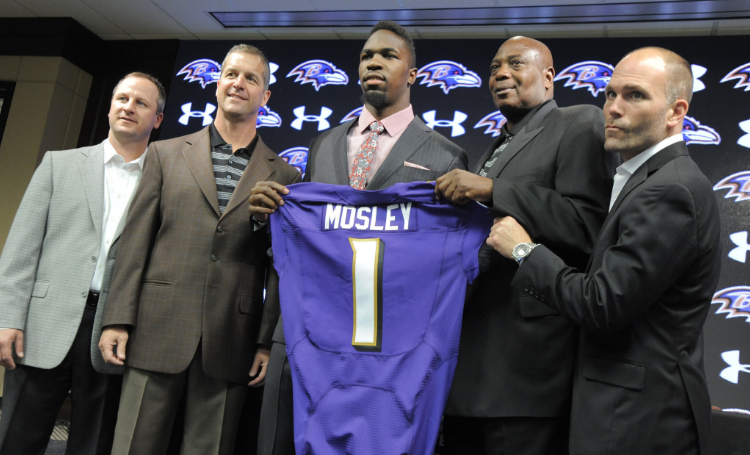 The story of the 2014 Ravens draft is still to be determined to some extinct, because enough time has not elapsed. But what we do know is the Ravens drafted the guy they believe can be their star linebacker for the next 10 years. With the #17 pick, they selected CJ Mosley, and he has proven to be a monster on the inside. Mosley is definitely someone to build around, and in this draft the Ravens may have selected the most talent they have in quite some time. 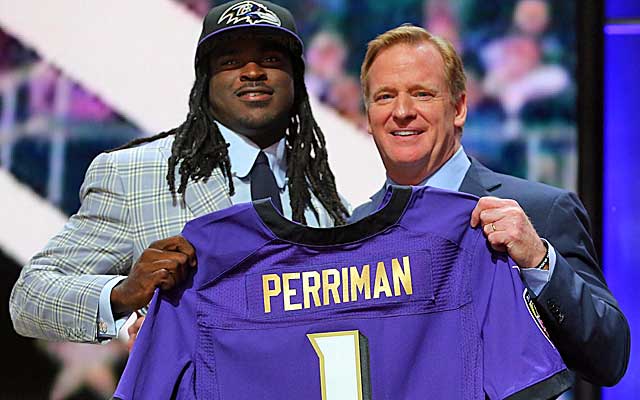 And finally, last years draft, which clearly is still to be determined on how the players will turn out, was headlined by the selection of Breshad Perriman at #26. Due to injury, Perriman has yet to touch the field, and the jury is still out on him. But the jury is still out on the entire draft class. Time will tell.
​
Players Ravens drafted include: ​​Maxx Williams (rd 2), Carl Davis (rd 3), Za'Darius Smith (rd 4), Javorius Allen (rd 4), Tray Walker (rd 4), Nick Boyle (rd 5), Robert Myers (rd 5), Darren Waller (rd 6),
Which brings us back to 2016 and the Ravens choice to bypass certain star prospects with question marks in rounds 1 and 2. I am on record wanting the Ravens to take the chance and draft Myles Jack, the phenomenal linebacker from UCLA, who was injured during his final season in college. Jack could have played next to CJ Mosley and the two would be the best linebacker unit in the league for years to come, and with Suggs and Dumerevil on the edge, Jack could protect the middle of that field in coverage and run shit, while Mosley kills. DAMN I'M STILL MAD!!!!

​But clearly, picks like Sergio Kindle and Perriman have scared Ozzie and this year he decided just take the lineman. And I'm sure Ronnie Stanley will be a great lineman for years to come. But to trade back in round 2, when they could have taken Jack in that spot, really really bothered me. I hate that.

People have applauded the fourth round the Ravens had and made that the justification for trading back to get more picks and not pick Jack in the 2nd round. But I hated it because sometimes you have to go out on a limb and take a chance to find a star. And the Ravens failed to pull the trigger. Aggravating.

But the question still remain, who will be our inside linebacker next to Mosley? Are they just going to roll with Author Brown, who hasn't shown any type of star quality at linebacker. If that is the case, we will get ate up again.

Another puzzling decision not to draft a top corner in the draft. I know they targeted Jalen Ramsey and couldn't get him, but they were not aggressive enough with giving away the pick that would entice the Cowboys. Word is they low-balled them, and I believe it. Cause Ozzie wanted to keep his picks for later. But the myth that our late round picks always pan out pisses me off. Even our early round picks have been flawed on numerous occasions.

​When you have a chance to trade up for special talent or select another special talent after he falls to you in round 2, you take it!!! Far too often, we sit back and play it safe, or reach for players who were never that good to begin with. I'm just being honest. Scroll back up, look at the proof. It is all there for you to see. Smh.