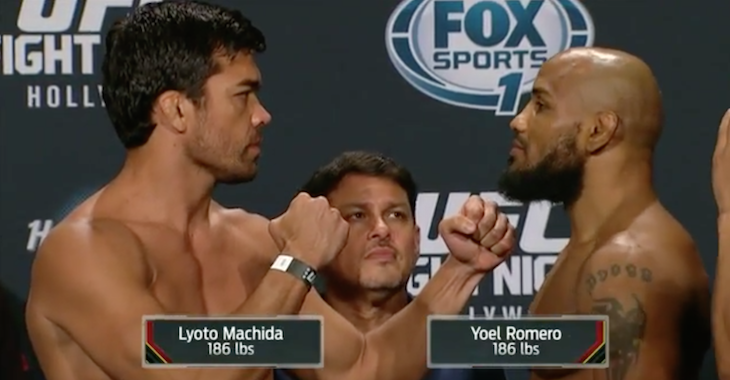 Alex Oliveira vs. Joe Merritt
Leandro Silva vs. Lewis Gonzalez
Steve Montgomery vs. Tony Sims
Danny Martinez vs. Sirwan Kakai
This is one of the most cursed cards in UFC history due to technical issues with the United States Visa System going offline and the inability to issue work visas to numerous fighters coming to Florida to fight.

This lead to 12 Brazilian fighters not being able to make the trip due to the aforementioned visa issues, but that wasn't going to be an issue until the technical issues hit the visa website last week.

The visa issues forced the UFC to scramble to make a card and we are left with numerous fights being made on just a week's notice with many fighters making their UFC debuts, and many fighters fighting up a weight class due to being unable to get a proper training camp in and fighting on short notice.

Lyoto Machida is looking to rebound from a loss in his last fight. He is coming off a second-round submission loss to Luke Rockhold at UFC On FOX 15 in April. He is 3-2 in his last five fights.

Yoel Romero is looking to extend his 5-fight win streak. He is coming off a third-round TKO win over Tim Kennedy at UFC 178 in September. He is 5-0 in his last five fights.