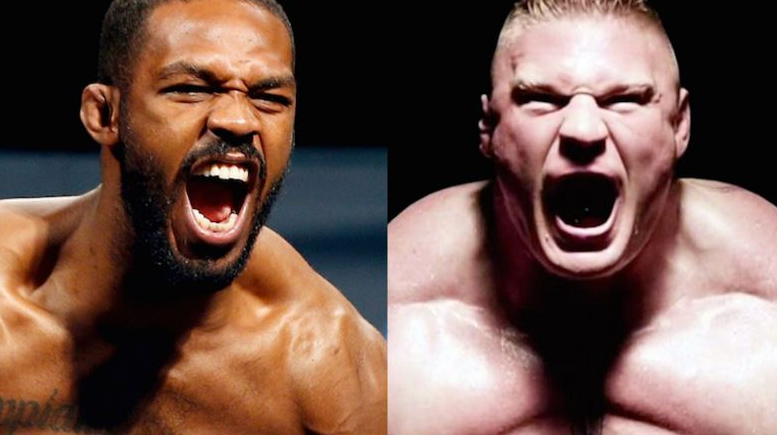 ​Just two days before the biggest UFC show of all time, it was announced that Jon Jones failed an out-of-competition drug test taken on 6/16, three weeks before the fight. Jones is claiming a tainted supplement, which is what many fighters automatically say when they have been causght and can't ndertand how they got caught.

On Monday morning, during the Nevada State Athletic Commission hearing, we learned that Jones in fact failed for taking two anti-estrogen substances. The two substances that Jones tested positive for are reportedly hydroxy-clomiphene and letrozole metabolite. Estrogen blockers like the two that Jones tested positive for are commonly used when cycling off of steroids. ​Generally estrogen blockers would be used to prevent things like gynocomastia (bitch tits) when on or after a steroid cycle. 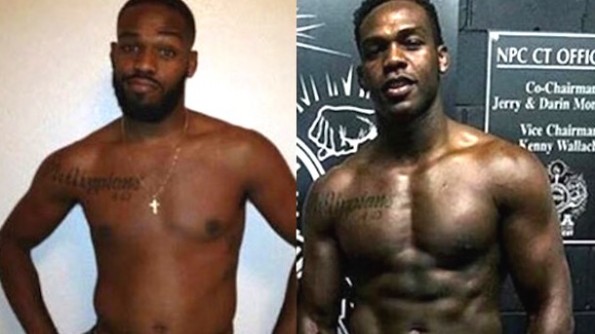 Now let me be clear, its no secret that i am a huge fan of Jon Jones and belive he is the greatest MMA fighter of all time. But this does not shock me. Jones has had his issues with recreational drugs in the past, and while he was out suspended there were some pictures of him looking extrememly buffed up and lifting alot of weight floating around the internet. This drew a red flag in my mind. Just look at the picture above.​

Generally estrogen blockers would be used to prevent things like gynocomastia (bitch tits) when on or after a steroid cycle.

A two-year suspension would be devastating for Jones’ career and be significant for UFC. The precedent is if he took things unknowingly and can prove it by producing a sealed supplement container and having it tested and shown it contained what he failed for, that he could be back in less than two years.

Even a six month suspension puts Jones off the Madison Square Garden show that he was expected to headline. Cormier’s next title defense without Jones would have to be against the Glover Teixeira vs. Anthony Rumble Johnson winner. That fight is 8/20 so the title fight isn’t likely as soon as MSG in November.

​If Jones had tested positive a week later, but the result didn’t come in until after the fight, it would have been even worse. If he was on PED’s, then beat Daniel Cormier and won the title, and the result was overturned, and then Cormier was given the title back, it would be a black eye for the company and badly hurt the division. Because something similar happened last year with Anderson Silva, it would be hard to have sympathy for them in that case.

Well, that's exactly what happened with this guy.... 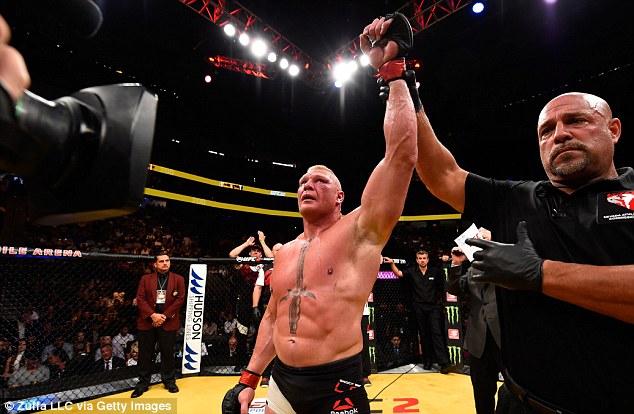 Brock Lesnar successfully made his return to MMA after a five-year layoff against Mark Hunt at what the UFC was hoping would be their biggest event in history. he dominated Hunt and was physically impressive.

Then, this past Friday afternoon, the UFC released a statement saying that Lesnar had been flagged by the anti-doping organization because of a possible out-of-competition violation.

The sample was taken on June 28th and UFC received word that Lesnar had been flagged on July 14th. It is not clear what caused the failure or what this will mean for Lesnar’s mixed martial arts career going forward, other than a possible two-year suspension if Lesnar failed for performance-enhancing drugs.

When asked about the situation by the Associated Press, Lesnar said, "We will get to the bottom of this." 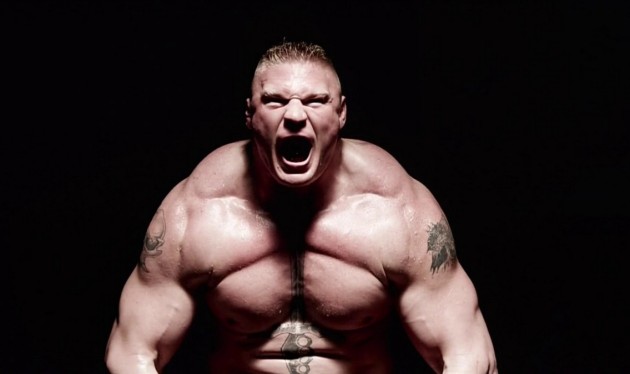 He also confirmed that he had passed five other tests since announcing his return to mixed martial arts for the fight. But that just means, he skated by 5 out of 6 times. And this should be no shock to anyone who is paying attention.

Mark Hunt has been vocal on social media about the apparent test failure. He initially told MMAFighting.com that he wants either half of Lesnar's record-breaking UFC 200 purse or to be released from his contract. But he later tweeted that he now wants all of Lesnar's purse.

This is a nightmare. There is an issue with test done that close to a fight and the time it took for UFC to get the results. Tests done with headliners in the last few weeks before the show need to be expedited and shouldn’t take three weeks. Even if they feel the need to retest positive samples before getting the word out, UFC should at least get private word so they can start making plans. In this case you had someone in the main event of one of the biggest shows in history fail a test on 6/16 and 6/28, but UFC wasn’t even aware of it until weeks later. Its crazy. 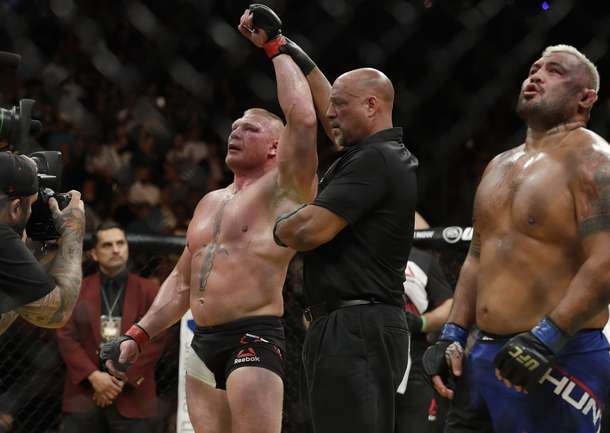 ​Despite vowing to get to the bottom of the issue after being flagged by USADA for a potential anti-doping violation, UFC released a statement on Tuesday afternoon saying that Lesnar has failed his in-competition test taken on the night of UFC 200 for the same substance that caused the previous flagging.

Lance Pugmire of the LA Times tweeted that an official with knowledge of the situation told him that the substance that caused the failure is clomiphene, which also caused Jon Jones' test failure. Estrogen blockers like clomiphene are commonly used when cycling off of steroids.

A possible two-year suspension for performance-enhancing drugs could have ended Lesnar's mixed martial arts career right as it began again anyway, but another failure is likely to increase pressure on WWE to further respond to the situation.

What it furthermore shows is that way more fighters than people think are using some type of illegal substance to perform at a high level. And many are just not testing as much and are sliding by. If two of the biggest stars getting popped doesn't scare some people straight, nothing will. 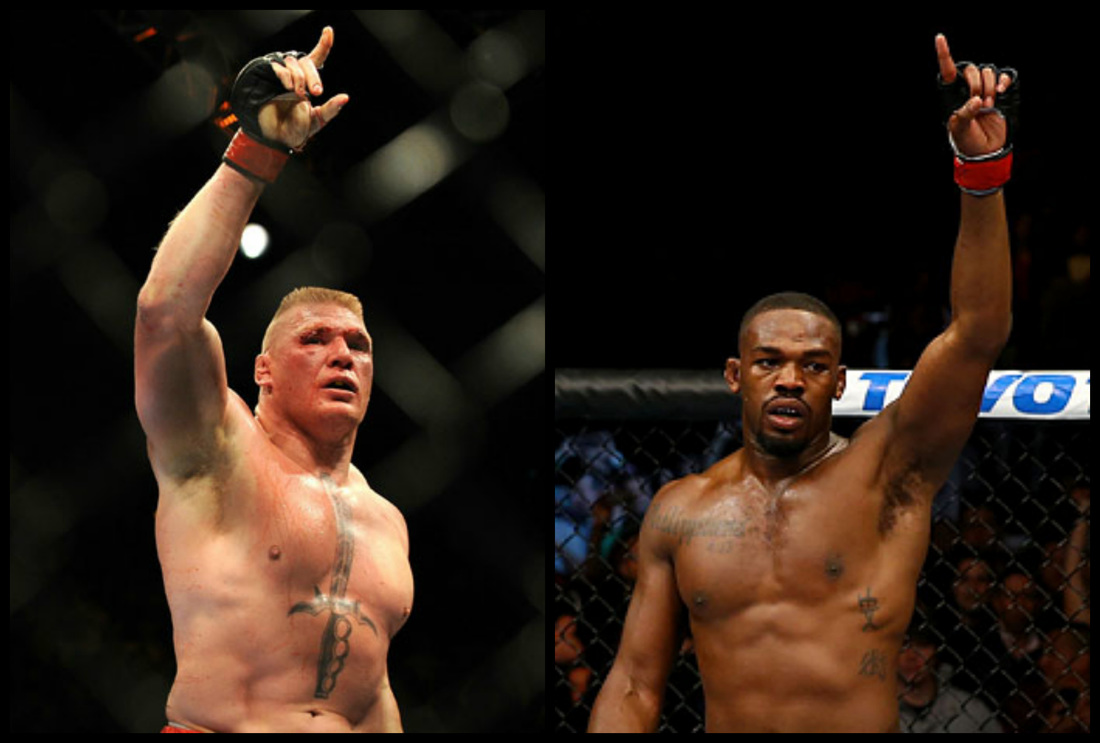