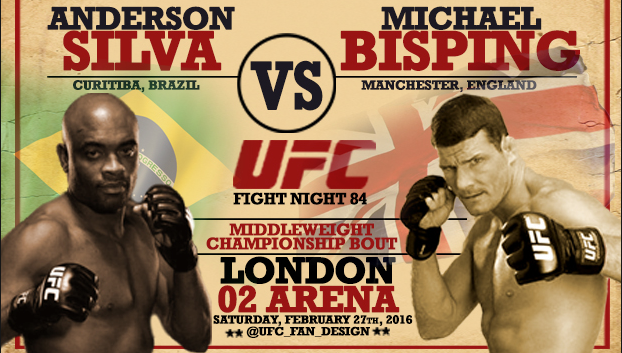 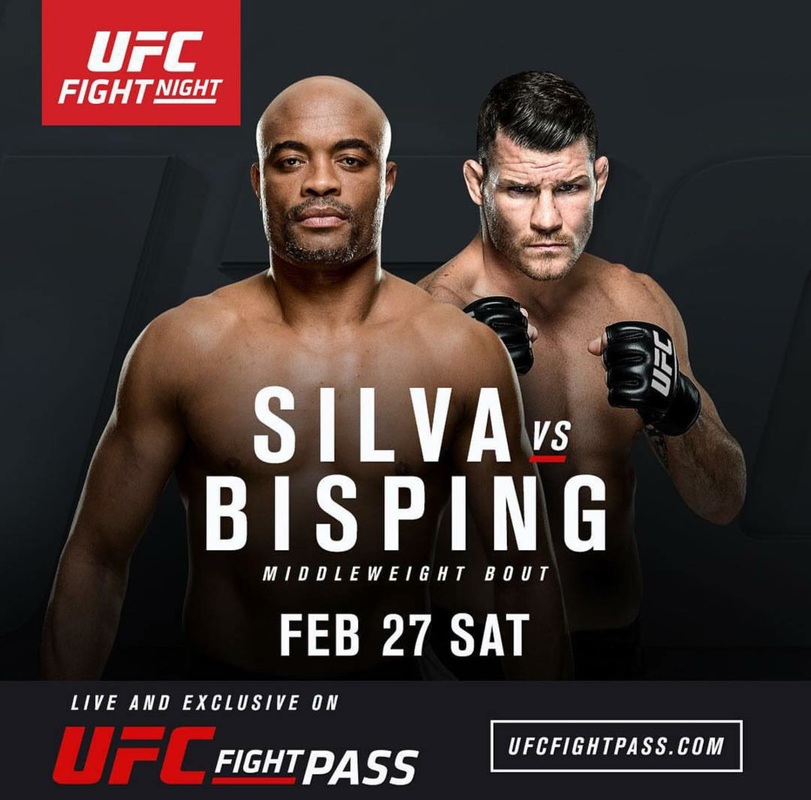 UFC Battle Lines: Silva vs. Bisping takes an intimate look at the lives of Anderson “The Spider” Silva and Michael “The Count” Bisping as they get set to face off at UFC Fight Night London. Examining the experiences and inspirations of these two legendary fighters in a refreshingly candid manner, fans new and old alike will gain insight into their individual journeys before the long-awaited battle goes down, only on UFC. 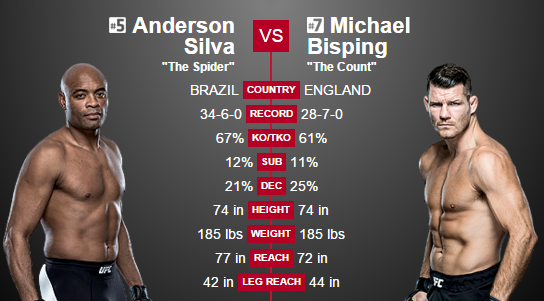 ​-Anderson Silva is looking to end a 3-fight winless skid. He is coming off a unanimous decision win that was later changed to a no contest over Nick Diaz at UFC 183 in January 2015. He is 2-2 with 1 NC in his last five fights.

-Michael Bisping is looking to extend his 2-fight win streak. He is coming off a split decision win over Thales Leites at UFC Fight Night 72 in July. He is 3-2 in his last five fights.

​-Michael Bisping was originally scheduled to fight Gegard Mousasi in the co-main event of this event. However, on December 24, the UFC announced that Anderson Silva would instead take on Bisping, and that would serve as the main event of the card. Days later, it was announced that Mousasi would remain on the card, taking on Thales Leites in the co-main event.
MAIN CARD (UFC FIGHT PASS):
Anderson Silva vs. Michael Bisping
Gegard Mousasi vs. Thales Leites
Tom Breese vs. Keita Nakamura
Francisco Rivera vs. Brad Pickett