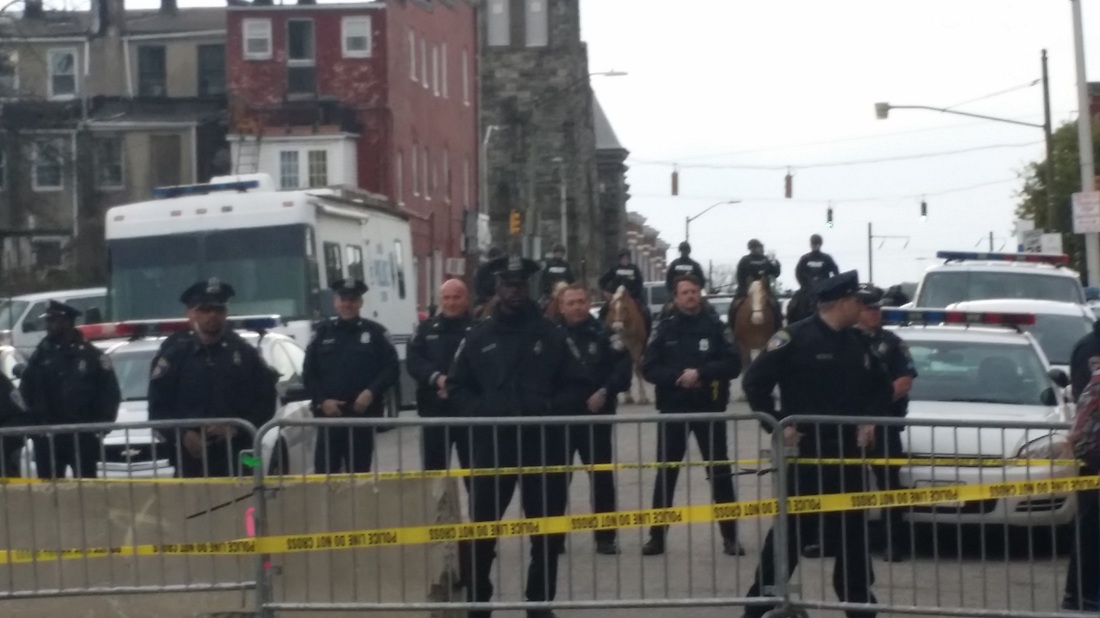 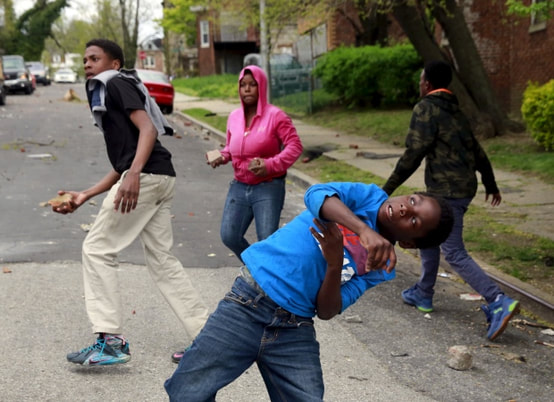 There is no excuse for taring down your own community.

Saturday, what started as another day of peaceful protest, turned into chaos in downtown by Camden Yards. Groups of young people, outraged over a number of issues, decided to express their anger by breaking windows, attacking police officers, setting police cars on fire, and causing all kinds of unrest.

No justice No peace indeed.

You see, the root issue began with the death of Freddie Gray, at the hands of the police, but it has snowballed into something much bigger.

Last Thursday, myself and a few friends traveled to the Western district police headquarters, where a march that began at City Hall culminated. Protesters chanted and demanded justice from the police, who stood like an army of solders, surrounding the police station. The Image was crazy.
As we stood outside of the police station, the situation quickly irritated me. As I scanned the crowd, most of them were young misguided minds who really had no clue what they were marching or protesting for.

Sure, many know the story of the Freddie Grey issue. But what answers were the protesters looking to receive from the police officers surrounding the station. What demands were they asking to be met?  don't think they really knew.

Many of these kids were laughing and joking around, not really taking the situation seriously. Some even threw chicken bones and bottles at the police. I was disgusted, and was ready to leave.

On Saturday, all hell broke loose downtown and violence broke out. One of he more disturbing videos is this.
No what the hell does that have to do with justice for Freddie Grey or issues with police violence. That is not a race thing, that is a group of assholes, being stupid and lawless. No excuse and it over shadows any good that was done that day.

And that's the issue. The leaders are not being heard and there is no voice directing the message. Young people and uneducated, trifling, pathetic older people are taking advantage of this situation to act stupid.

I don't claim to have a solution, but I know this won't change anything. Your voice is being heard through these actions, but what exactly are you saying?

So many times when a protester is asked what they want to come from these acts of violence, they have no real clear answer. They start to combine a bunch of issues that are plaguing the community. And all of these issue do need to be addressed, but what the hell will taring your own neighborhood up do to change anything for the better.

The outrage against the police went to a new level on Monday when 100s of school children ran sacked Mondowmin Mall, and attacked the police with rocks. The image was surreal.
Kids will be kids, but what if the officers decided to open fire on these kids? Could you really have blamed? Then we would be marching because of more death.

Our system has failed these youth. Uneducated minds really don't understand how dumb these actions are. Pathetic. My city looks like a warzone because several bad apples were to stupid to direct their anger where it belongs. Not at each other and our own community, but at the lawmakers and judicial system.

You may ask, what does that mean?

Well, the 6 officers involved in the death of Freddie Grey are still uncharged, two weeks later. The transparency and availability to information has been non existent. Someone has to answer for that. The justice department must be held accountable by the citizens who deserve answers. The culprits must be brought to justice and charged for the crimes committed.

Police brutality is a serious issue that has plagued the country, not just Baltimore. So my call is for the DOJ to amend the current laws, which will hold and increase the penalties against police who abuse their power.

To whom much is given, much is required. Police need to be held to stiffer penalties when they break the law. That is a tangible demand that I support wholeheartedly. To accomplish this, burning down buildings in your neighborhood won't help that cause.

So while I am all for peaceful protest, and will do my part to assist in the advancement of justice and change for the better, I do not condone young punks taking advantage of the situation and turning this into a fiasco.