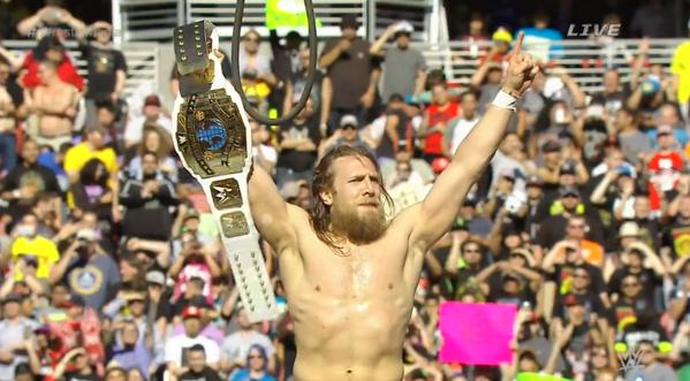 Daniel Bryan, Down but Not Out 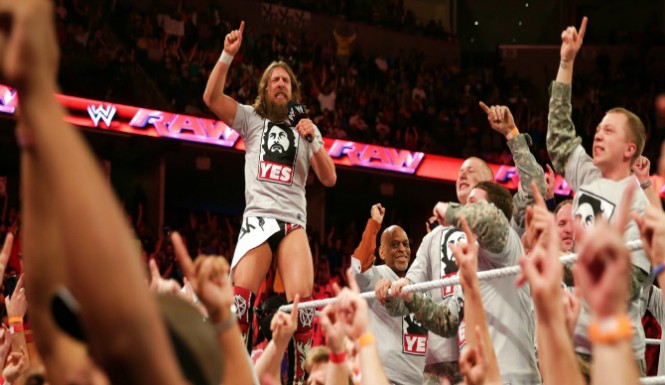 Bryan said that after a MRI last week it could not be determined just how long he will be out of action. It could be weeks, months, or that he may never wrestle again.

Bryan was visibly very emotional, and you could tell saying the words shook him to his core, and he almost began to shed tears. Bryan wasn't specific about the injury, but we know he has battled issues with his neck and arm since last spring, when he was stripped of the WWE World heavyweight championship.

Bryan said that the fans deserved guys like Wade Barrett, Dolph Ziggler, and Dean Ambrose fighting over the IC title. The fans eventually chanted "Thank you Daniel" and he said "Thank you" before leaving the belt in the middle of the ring.

After going up the ramp, he led one last "Yes! Yes! Yes!" chant.

Now of course, this scene led many to rush to judgement and put a nail in Bryan’s casket, as if he would never return to the ring again.

The fact is, Bryan is hurt. He needs to recover, but he will be back. As a follower of this business for my entire life, I am not easily shaken by injuries. Many of the best to ever do it have been sidelined with multiple injuries on multiple occasions. Some even given prognosis that said they would never be able to return again.

Guys like Steve Austin, Shawn Michaels, Kurt Angle, Chris Benoit, Ric Flair, and so, have all faced career threatening injures and returned to have some of the best careers the industry has ever seen.

I am not naive, and I realize that the injury is serious. But so many fools are acting like the guy has no chance or him getting hurt somehow reaffirms Vince McMahon's foolish booking decisions that the fans forced him out of.

If anything, Vince McMahon shouldn't have put him in a casket match the Kane, as his first big singles match back. Smh. He shouldn't have put Bryan in a ladder match at WrestleMania, knowing he was just returning from injury. He should have not allowed Sheamus to go out there and recklessly drop Bryan on his neck, just so Sheamus could attempt to get over as a bully. Those are things Vince McMahon should have been worried about.

So no, I don’t think Daniel Bryan is done. He’s coming back, and the fans will be behind him 100%. Vince did a great job pushing him out of the main event, but I pray he comes back around the Royal Rumble again, so the fans will crap all over the show for the 3rd straight year.