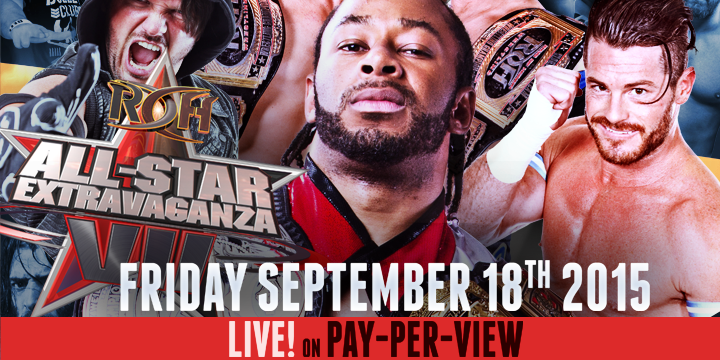 By: Larry Causion Jr.    CausionCreations.com
Posted: Saturday, September 19, 2015
Show was decent overall. No blow-away matches though and certainly not a show of the year contender but it certainly wasn't bad by any stretch. 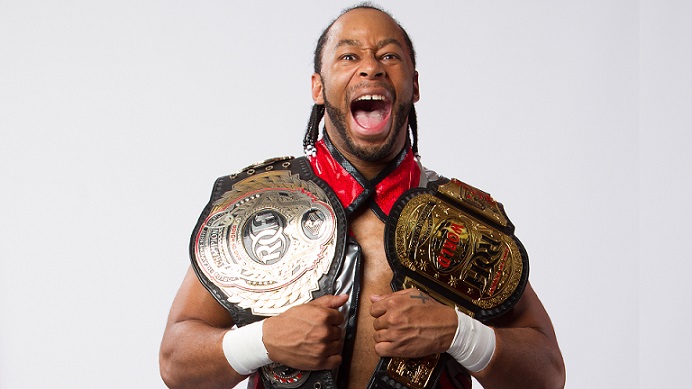 Main Event
ROH World Title Match -
Champion Jay Lethal w/Truth Martini vs Kyle O'Reilly
Lethal retained in a TNA-style finish. O'Reilly had Lethal about to tap when Truth Martini pulled the ref from the ring. Nigel got  up and hauled Martini to the back. O'Reilly went for a flying knee in the corner on Lethal but Lethal pulled the ref into the path and he was down. Lethal grabbed the title belt but this brought out Bobby Fish. Donovan Dijak followed and got his hands on the belt and laid out Fish. This brought out Adam Cole, who took out Donovan Dijak and then, in a swerve, hit Kyle O'Reilly with a superkick. Lethal hit the Lethal Injection for the win. The Kingdom came out and all four of them posed over O'Reilly, so it was a setup all along. Kingdom should now have title programs with ReDRagon and War Machine.

Match was okay up to that point but no better than the fourth best match on the show. Lethal kept missing the Lethal Injection and O'Reilly would go for the arm. Lethal was vulnerable the whole match and really sold the effects of wrestling his second match in a night.

#1 Contender's Match -
AJ Styles vs Michael Elgin vs Adam Cole vs Roderick Strong
AJ won in 15 minutes, pinning Adam Cole after a Bloddy Sunday DDT followed by a Styles Clash clean in the middle. All four guys got chances to shine. Elgin hit a dead-lift vertical suplex from the top rope into a Falcon Arrow and the pin was broken up by Cole. Strong hit a backbreaker after a sick kick on Cole but Elgin broke that pinfall up and Cole hit a Destroyer on Elgin, which was broken up by AJ. Non-stop action the whole time and crowd was into everything. Elgin in particular probably improved his stock the most and the announcers put over his performance in the G1.

Tag Title Match:
The Addiction (Christopher Daniels/Frankie Kazarian) vs
Young Bucks (Matt and Nick Jackson) vs
The Kingdom (Matt Taven/Michael Bennett)
Kingdom won the belts in 16 minutes. This was what you'd expect. I counted 16 superkicks. Finish was Matt Taven making a blind tag and the Bucks hitting a Meltzer driver on Frankie Kazarian and Taven rolling up Matt Jackson, for the win. Big story in this match was someone in a KRD mask coming out and taking out both members of the Addiction, using Chris Sabin's moves. He never unmasked, but it probably wasn't Sabin. Could be Adam Cole or a new member of the Kingdom. In one spot, Bucks were about to do a superkick on Maria but Daniels made the save. He then punched Maria right in the face. Bennett went crazy on him and that led to the finishing sequence.

Match 3 - Best of Five Series tied 1-1
ACH vs Matt Sydal
ACH won to go up 2-1 in an excellent match. They went 16 minutes and it was not exactly what you'd expect from these two. For the majority of the match, Sydal worked over ACH's leg and while it didn't play into the finish, you get the impression that it could end up affecting ACH in the final two matches. Finish came when ACH hit a brainbuster and then followed up with the Midnight Star for the pin. Just prior, he'd hit a Shooting Star Press from the second rope  that Sydal barely kicked out of. Crowd was way into ACH in his hometown. Sydal played subtle heel for most of the match.

No DQ Match:
Moose w/Stokeley Hathaway vs
Cedric Alexander w/Veda Scott
Moose won in 13 minutes. Crazy brawl with Moose taking a ton of punishment. Tables, ladders, chairs and a wrench involved. Finish was Alexander and Hathaway fighting for control of the wrench and Hathaway nailing Alexander with it and then Moose spearing him through a table that had been set up in the corner.

Moose took at least three chairshots to the head at various points. He did a summersault dive to the outside, landing flat backed on a ladder that was draped over the ring barrier. Alexander hit a Van Terminator on Moose at one point. Scott and Hathaway both got involved several times and Scott ended up taking a running dropkick in the turnbuckle from Alexander when Moose moved out of the way. Crowd loved this, chanting THIS IS AWESOME several times.

ANX won when Titus pinned Mark after a double-team. Titus had Mark up for a powerbomb and King came off the top rope after Jay had been knocked outside the ring. Match was competitive with neither team having an advantage.

Adam Page attacked Jay Briscoe after the match but ANX made the save.

Silas Young vs Dalton Castle w/his boys
Young won possession of the boys in 13 minutes. Young hit a lowblow while the ref was distracted  by the boys and then hit the Misery for the win. Mostly comedy early. The Boys fanned Young and the distraction led to a roll-up by Castle for a nearfall. Match was back and forth with both guys getting long 2 counts. 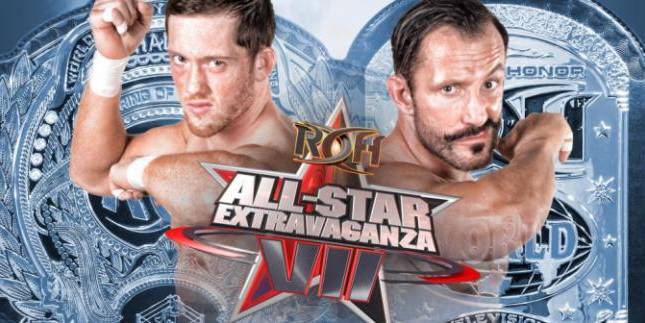 TV Title Match:
Jay Lethal (champion) w/Truth Martini vs Bobby Fish
Lethal retained the title in a 14 minute match, pulling the tights on a rollup off of a kneebar attempt by Bobby Fish. Fish was going for kneebars and leglocks the whole match. Lethal hit a Lethal Combination early and Fish teased not making it in for the 20 count. Kelly noted that Horsewomen Jessamyn Duke and Shayna Baszler were in attendance but they weren't shown on camera. He also noted 25 title defence in over a year for Lethal as TV champion. Good opener.