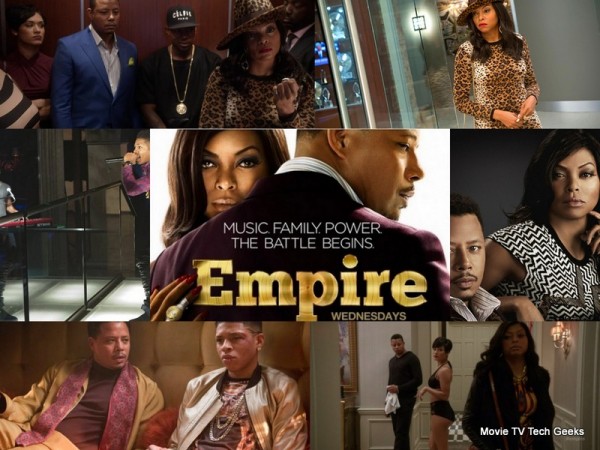 By: Larry Causion Jr.    CausionCreations.com
Posted: Friday, March 20, 2015
On Wednesday night, the season finale of Empire was watched by 16.7 million viewers, up 11% from last week to a series high, with the second hour coming in at 17.4 million viewers. No show in modern TV history has ever grown more from the season premiere, to the season finale, up 71% from the premiere.

Bottom line, the show is a smashing success.

But I want to really look at the the 2 hour season finale event that the millions of people tuned into watch and judge it critically, as I would any other show. You see, I am a tough TV critic, but I am honest. I like what I like, but I can objectively give a review of anything I watch without any personal agenda. So let us talk real TV.

One word describes my thoughts of Wednesday's 2 hour event; rushed.

Like many things in life, timing is everything. No different when it comes to a television show. If you build to something and it climaxes at the right time, it can be so satisfying. But if you throw everything at the wall and give the viewers too much to digest, the meaning and importance can be lost.

Let's look at everything that happened in two hours of television.


And that's all in Hour 1!!!!!!! You know how many episodes they could have made out of all that material? Smh.

But wait, there is more.

Hakeem sleeping with Annika should have been built up allot better. It was a complete throw away. Lucious just walks in a room and they are getting it in. No follow up, no nothing. Then all of a sudden they plan a hostel takeover and execute it in less than an hour.

My biggest issue was Lucious revealing that he didn't have ALS in the way he did. If he's going to be a villain, make him a villain. Have him use sympathy to sucker his family and then suck them dry. Then down the line either let him be caught for lying or have a change of heart. Come on man. Poor story telling.

I could go on and on about my problems with the finale, but I don't want to completely rip it, as there was allot good as well.

The performances by all involved continue to be the highlight of the show every week, and the music is phenomenal. Great performances by J Hud and Patti topped my best songs of the night. Snoop was cool too.

Overall, great first season and I'm glad that there is a strong show led by African Americans on TV. Not only a strong show, but a huge Hit. This will go a long way in opening the eyes of the Hollywood producers during pilot season. Its shows that an audience will follow a show with an African American cast.

But as for Wednesday's finale, it leaves a lot to be desired in season 2. I hope it only gets better.