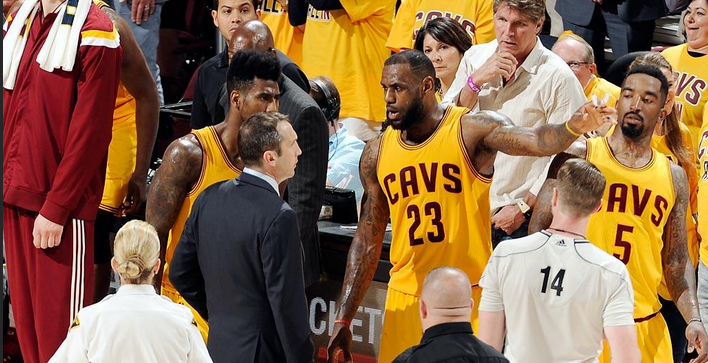 By: Larry Causion Jr.    CausionCreations.com
Posted: Sunday, June 21, 2015
LeBron James is clearly the main reason the Cleveland Cavaliers has a chance to win the NBA Championship this season. That statement is without question a fact, but one may also say, for the Cavs to win, he can't do it alone.

Therefore, if he as the leader of a championship caliber team, ever wants to reach that pinnacle in Cleveland, he must do some things different than the reports we heard last week.

According to ESPN's Marc Stein, Lebron absolutely emasculated his head coach David Blatt throughout the post season run. And I believe it and totally disagree with it.

Stein says he witnessed firsthand, James calling timeouts, deciding on substitutions, “barking” at Blatt regarding decisions he didn’t agree with and just generally taking his place.

Now don't get me wrong, It’s no secret that Lebron calls plays for the Cavaliers. Blatt, who Stein also blames for not asserting himself, even admitted as much in April.

James, too said that when the game is on the line, why wouldn’t he be given the freedom to call play calls? He said its like telling Peyton Manning or Tom Brady, that they don't have the freedom to change plays in the huddle.

But here is the problem with that analogy. Peyton Manning has one championship and does everything Lebron describes. He runs the offense, does what he wants and when he fails, and he fails often, the blame is on him somewhat, but ultimately people say he didn't have much help.

When Tom Brady or Michael Jordan were winning, they had great coaches such as Bill Belichick or Phil Jackson pulling the strings and running the show from the sidelines. Those coaches provided perspective and balance to the program, so that the superstar didn't get reckless trying to run everything himself.

Lebron is great, no doubt. But when you emasculate your coach and treat him as though you know more than he does, and you lose, who is really the problem? Coaching is very important to winning in this league.

The fact is, the Cavs did not win the championship, and it’s fair to wonder if Blatt is the best coach for the Cavs in 2015-16. Blatt is a very good coach. He has proven that over many years in numerous leagues. And now that Blatt has coached in the NBA for one season, it’s fair to assume he will be a better NBA coach next year.

Regardless of the sport, the most critical issue that impacts a relationship between a star and a coach is trust. It's even more essential in a sport like basketball, where one player can make or break a team's fortunes. Football coaches hold plenty of leverage and often don't have to worry about a disgruntled star having enough power to force them out of a job. Basketball coaches, on the other hand, know just how risky it is to lose the support of the franchise player.

The only problem with all this is that James hasn't stepped forward to silence the whispers surrounding this relationship. Until that happens, the rumors will continue to swirl around Blatt, and he'll have to keep learning the lessons many coaches with stars on their teams need to understand to survive. 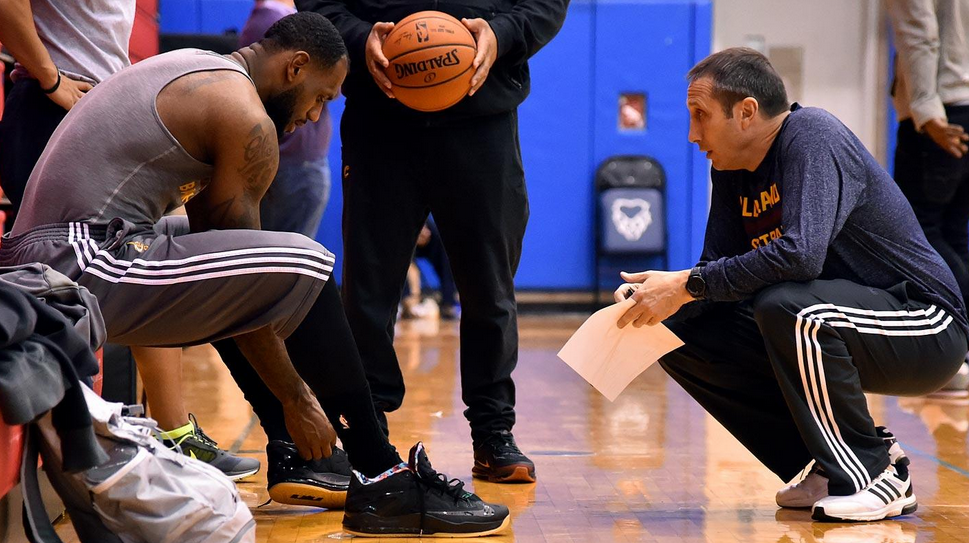