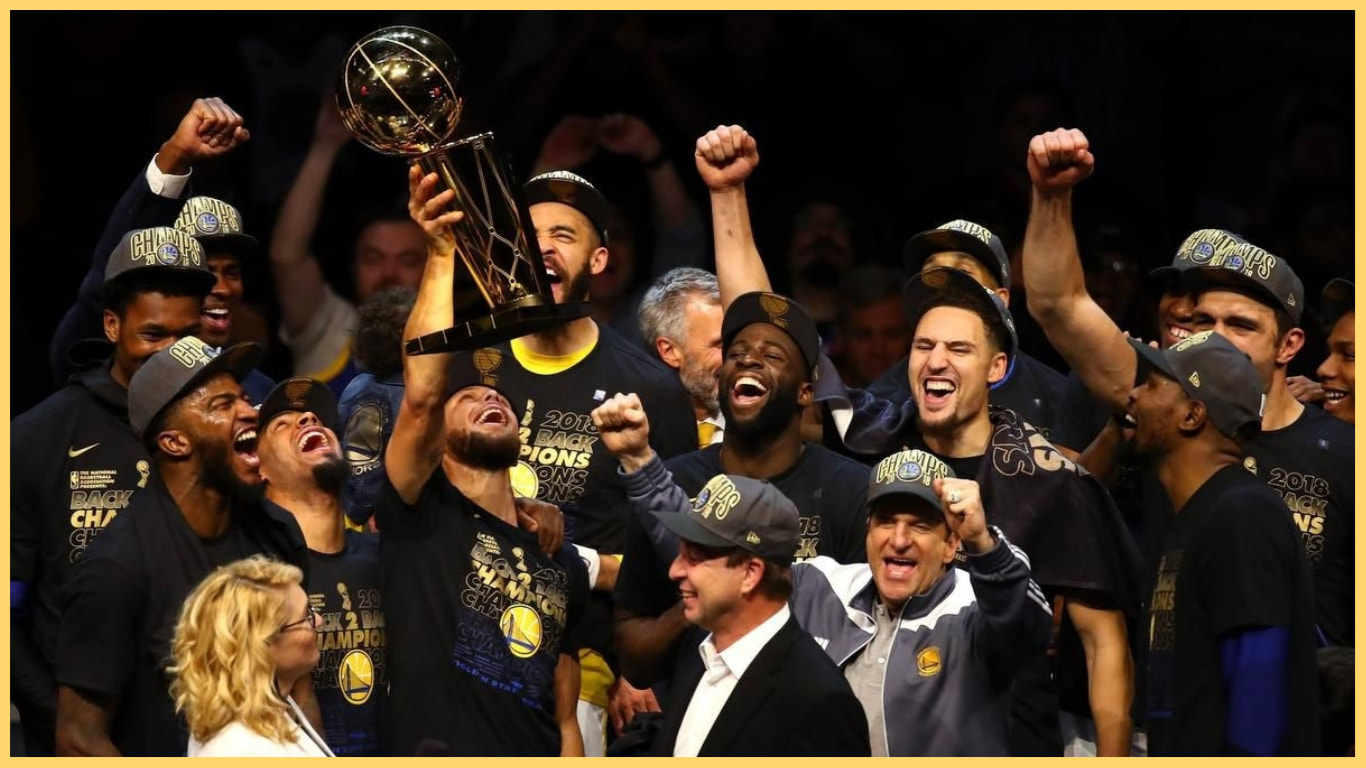 On Friday night, the suffering finally ended and the Golden State Warriors put the Cleveland Cavaliers out of their misery. A four game sweep was the final result, which many predicted beforehand, but it still didn't make it any easier to stomach. Those who know me know that I am a fan of Lebron James and have a great respect for the man, the player, and the example that he has been for the league. But watching him be swept away and lose another NBA Finals just felt sad to me. So much so that I didn't even bother watching the fourth and final game in its entirety. Instead I went to dinner with a few friends and tried my best not think about the inevitable.

You see, though anybody without a rooting interest could clearly look at these teams on paper and how they have been playing, and see that the Cavs stood little to no chance, in the end, the story would still be about Lebron James failing. Of course, we know Golden State is loaded with Steph Curry, Kevin Durant, Klay Thompson, Draymond Green, and lets not forget Andre Iguadala. But yet, in the eyes of many, if Lebron is the best player, he has to figure out a way to beat them. Of course as a fan, I would've love for the underdog, Lebron James, to lead his pack of misfits to the promised land. But realistically, it wasn't going to happen. 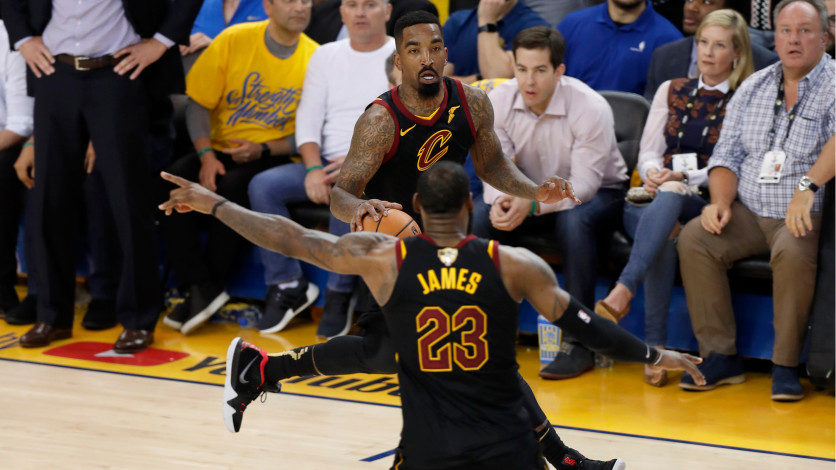 In many ways, this finals was over at the end of regulation in game 1, when George Hill missed the free throw and JR Smith got the rebound and ran out the clock. That mental blunder sucked all the life out of the team in so many ways its hard to explain. To play with that level of intensity, on the road, and have a chance to steal game 1, only for it to be ripped away, not only by your own dumb mistakes, but due to some poor officiating, the team was deflated. Then, it also caused the leader, Lebron James, to spiral out of emotional and mental focus. Lebron watched a golden opportunity go down the drain right before his eyes. 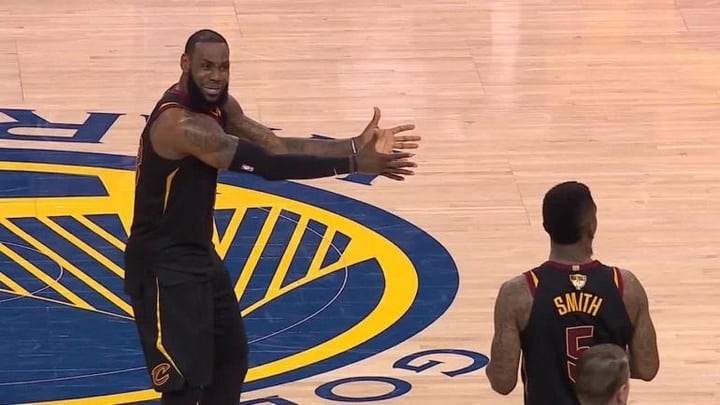 ​Lebron played masterfully in game 1, and scored the most points he ever scored in a playoff game. And in the end, it still wasn't enough to beat that team. Then he simply couldn't get over the overturned charge call. The final straw was having to watch his teammate refuse to pass him back the ball, and watch the clock run out on his chance to topple the Warriors, and seize control of the series. I believe that in that very moment, as Lebron sat on that bench, he decided the series was over. 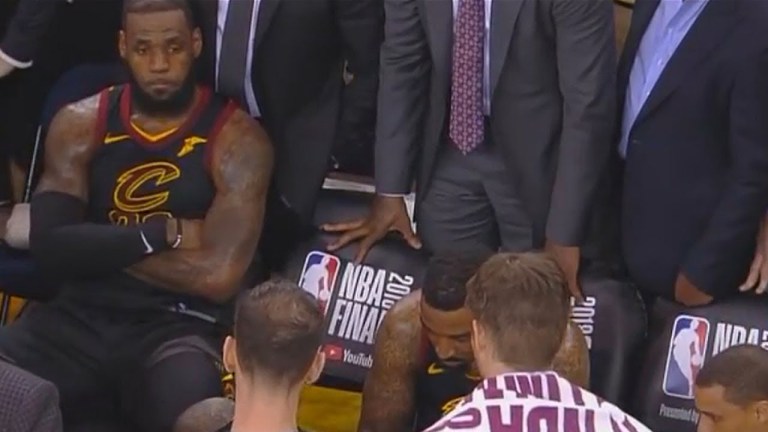 Look, I'm not saying he quit, but I do believe he loss a sense of hope. That was their chance, and now it was gone. His demeanor in overtime and in game 2 were completely different. He was more passive and relied more on passing the ball to his teammates. I will get to the injury speculation later, but in my opinion, he basically was saying, I put up 51, we lost. Maybe I did too much, so let me get you all involved. And guess what, they still lost. But then in game three, he was highly criticized again for not accepting the challenge and playing defense of Kevin Durant, who was smoking down the stretch. And Lebron opted to switch off onto Steph Curry. I won't kill him for playing Steph, but I can understand the criticism.

​But in reality, as Lebron sat there at the end of game 1 regulation, fighting the urge to beat the shit out of JR Smith, I think he was thinking about what school district he should send his kids to next year when he leaves Cleveland. At that moment, he decided, he can't win here. And in many ways, I think he was demoralized. 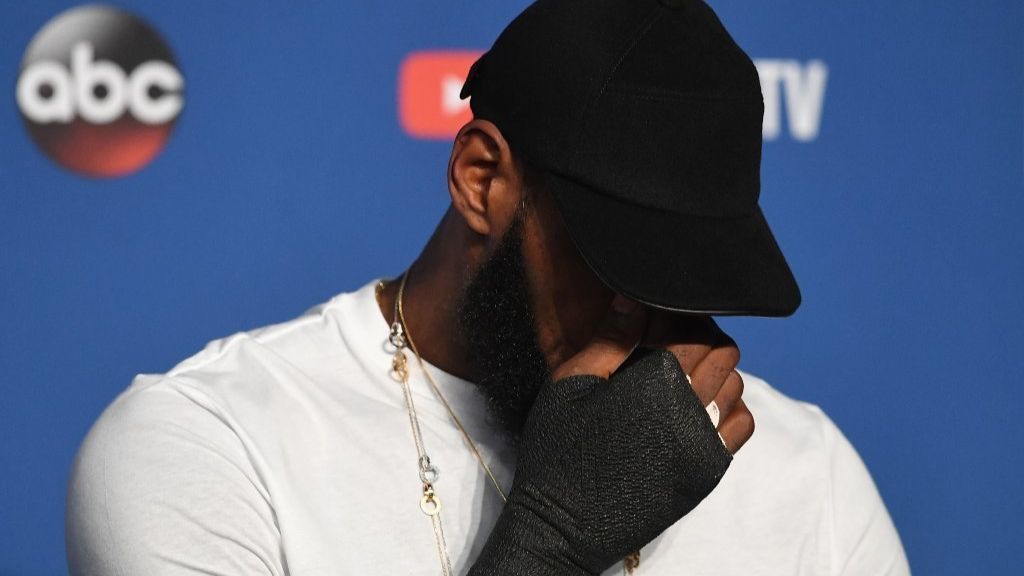 Then, after the game four sweeping was complete, Lebron showed up at the press conference with a cast on his hand. WHY!!!!! When I heard this shit, it instantly pissed me off. Bruh, just quietly ease off into the sunset. Bron has never been about excuses, am I'm sure the reports are probably true that he injured his hand punching a wall after the game 1 lost. But you can't come out and say it after the series is over. It comes off very bad, like you're making an excuse for why you played like shit and yall lost. When we all know, yall lost because yall were always going to lose and the one game you should have stolen, your teammates royally fucked it up. No need for the injury excuse at all.

​And if you were going to tell us you were injured, the right time would've been after game 1 when it happened as anybody with a brain could understand why after that epic meltdown by your teammates and refs, you would feel so compelled to punch a wall. It would be so easy for us all to understand. But to not disclose it, then tell us after you get swept makes you look like you're either faking it or your crying because you got swept. No good. 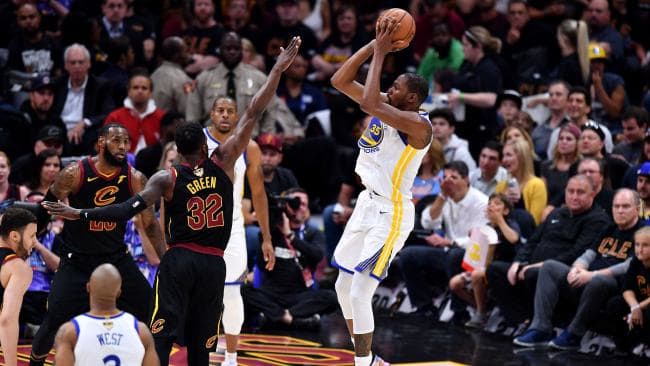 But in the end, the better team won. Congratulations to the Golden State Warriors, led by Kevin Durant. Bottomline, game three was there for the taking and Kevin shut the door on any hope with another huge dagger 3. He made the decision to join the loaded Warriors team, and has been rewarded with two rings. In the end, his legacy is greater because of it, and I won't diminish the hard work and skill level it takes to play like he does. If you sweep Lebron James, the best player in the world, you deserve credit for doing so.
​By: Larry Causion Jr.    CausionCreations.com
Posted: Sunday June 10, 2018