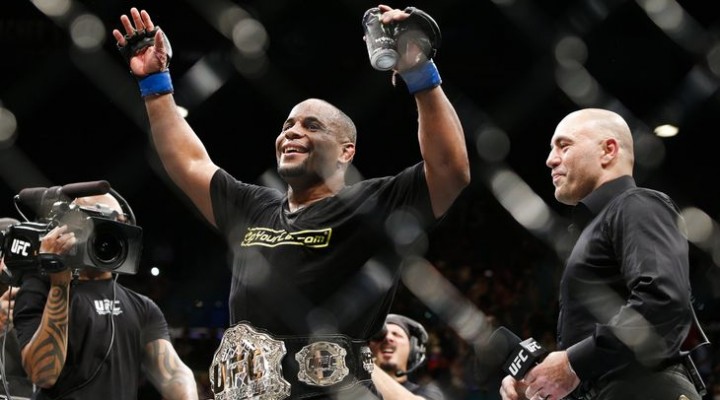 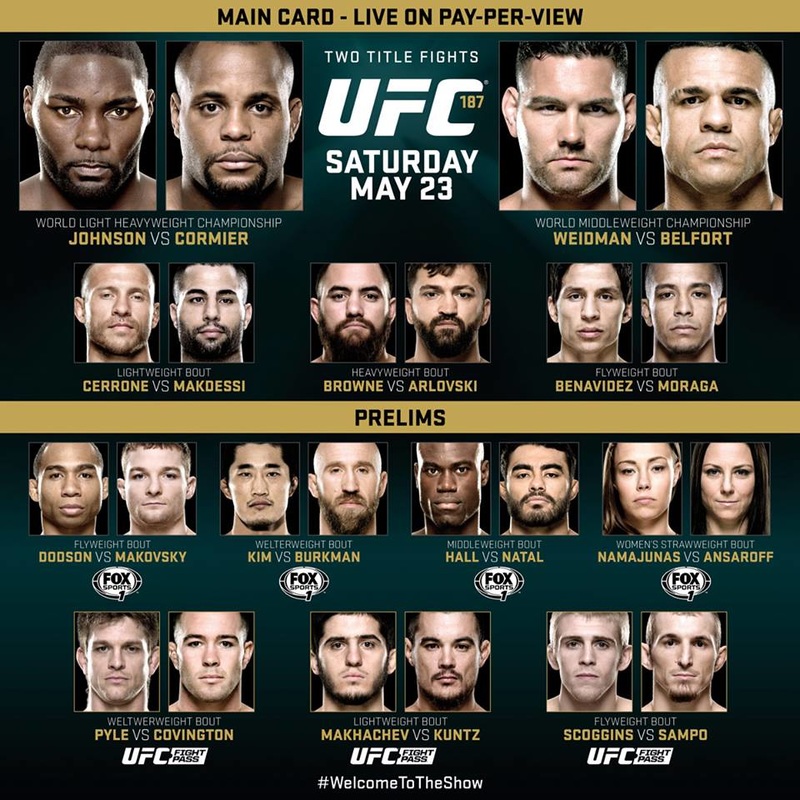 The result was not what I hope to see but I must admit that Cormier showed that he was the better man last night and used his strength, which is his wrestling, to wear down and wear out Rumble.

Rumble was impressive early, but he kept throwing high kicks, which allowed Cormier to take him down and hold him down. Rumble had to work to defend submissions and carry Cormier weight for the majority of the fight, and in the end, it wore him out. Cormier choked him out and Rumble was forced to tap.

With the win, Cormier is now the interim Light heavyweight champion as, Jon Jones was stripped and never lost the title. To add to that point, Jones just beat Cormier in convincing fashion back in January, so the image is still fresh in our minds. So while Cormier holds the belt, in the minds of real fight fans, the champion is still Jon Jones.

After the fight, Cormier didn't give a passionate speech about his happiness to finally win the belt.

He simply said "Jon Jones, get your shit together. I’m waiting for you.”

And with that the message was clear. Until Jones returns, Cormier won't feel he has his redemption. I for one am counting down the days. 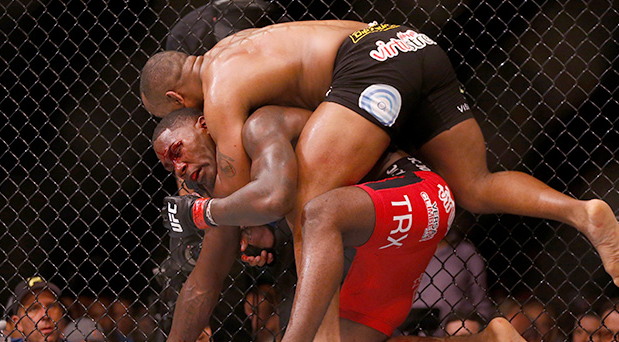 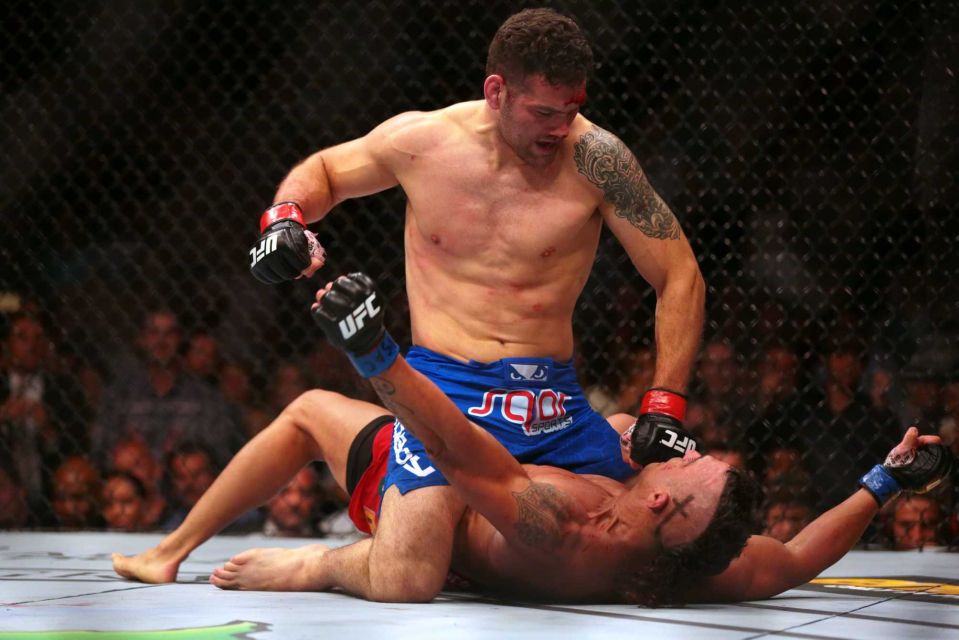 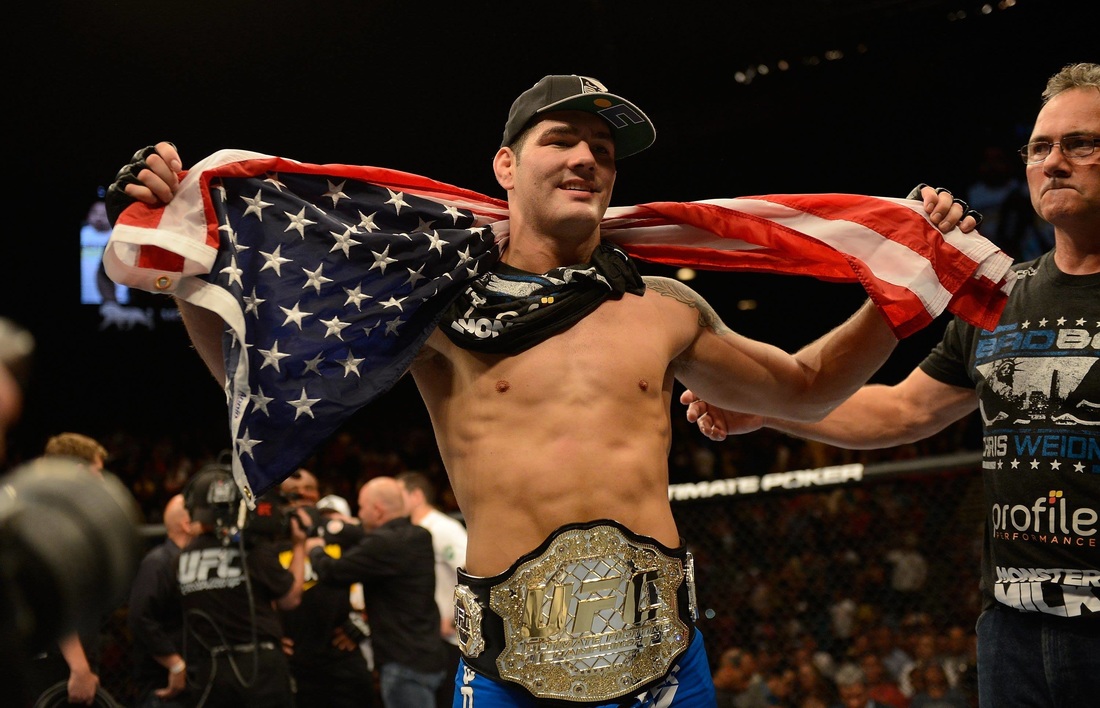 UFC MIDDLEWEIGHT CHAMPIONSHIP:
CHRIS WEIDMAN (C) VS. VITOR BELFORT
In the co-main event, Chris Weidman battered and finished Vitor Belfort in the first round to retain the middleweight championship. The fight was exciting and had hell of heat from the crowd, especially all of Vitor's Brazilian supporters.

Vitor came out ready to fight and I give him credit. He clearly looked a lot smaller than in years past due to not being able to use testosterone. But he came out with energy and actually had Weidman in trouble and bloody.

But in the end, Weidman was just to good, and he ate every strike Belford threw, and used his excellent grappling and ground work to get in full mount, with ease. Then he absolutely pummeled Vitor. I mean, blow after blow. And some say referee Herb Dean let it go too long, as Weidman was legit thumping him with punches and short elbows. Brutal.

Weidman told all his skeptics to wake up and stop doubting him, as he's the real deal. He told them to get on the band wagon now before its too late.
Official Result: Chris Weidman def. Vitor Belfort by TKO (strikes) at 2:53 of Round 1 to remain UFC Middleweight Champion 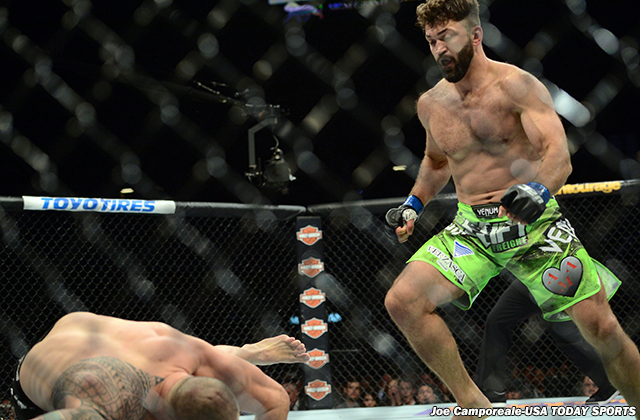 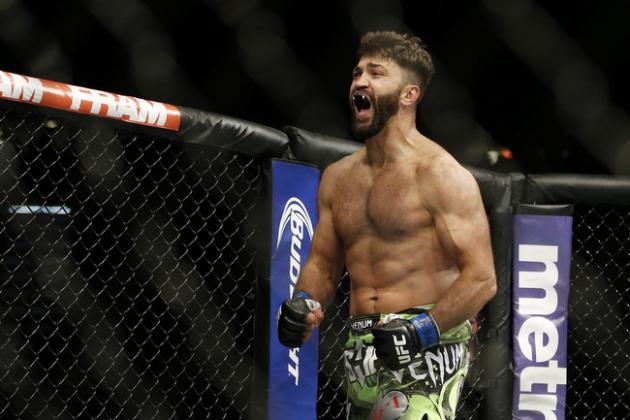 What a hell of a slug fest and no doubt was fight of the night. I wouldn't be surprised if it finishes as fight of the year. For a one round fight, the changes and roller coaster ride we were put on was the best I have seen so far in 2015.

Andre came out thumping Browne and they traded at a high pace. I normally don't do play by play but this one was worth it. I have watched it three times now.

Arlovski gets the TKO win after finishing it against the fence. Go out of your way to watch this fight, it was an amazing and action packed.
Official Result: Andrei Arlovski def. Travis Browne
by TKO (punches) at 4:41 of Round 1
For those three matches alone, this has the best card of the year so far.
I hope it only gets better.