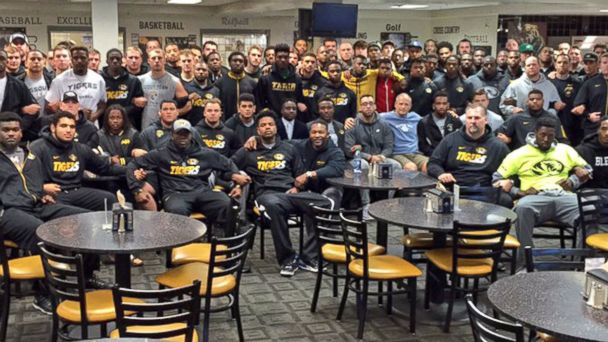 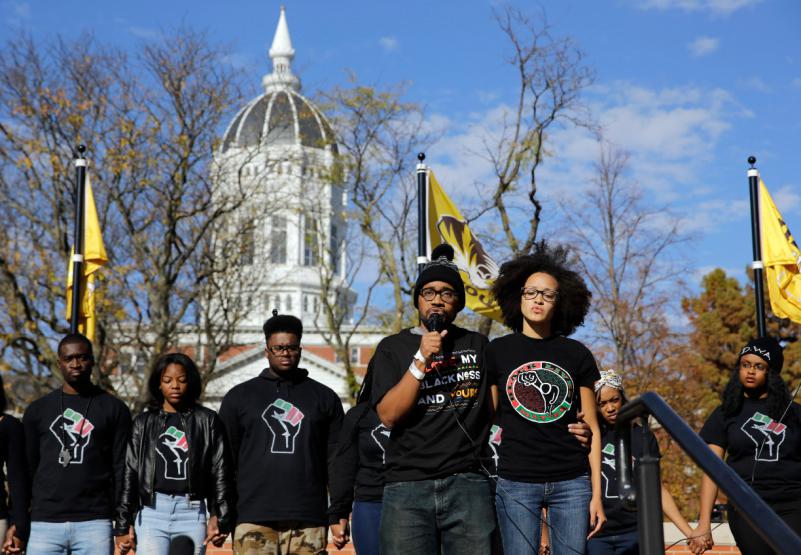 On November 2, Missouri University graduate student Jonathan Butler announced his decision to go on a hunger strike until University system president, Tim Wolfe, took his concerns about the handling of racial issues on campus seriously.

For months, black student groups have complained of racial slurs and other slights on the overwhelmingly white flagship campus of the state's four-college system. The complaints came to a head, when at least 30 black football players announced that they would not play until the president was gone. 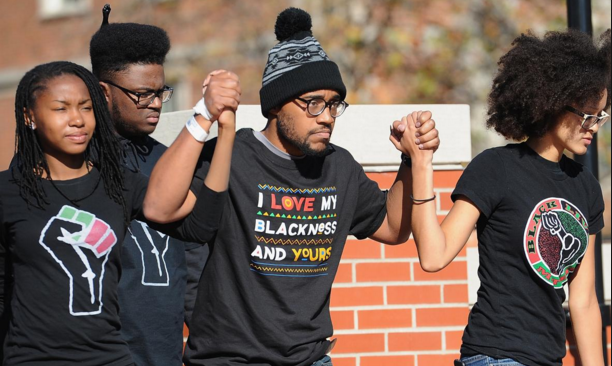 Though the activist group "Concerned Student 1950", had been fighting against the racial injustices and calling for Wolf to address the growing concerns, he did nothing to address the issues. The group drafted a list of demands and submitted them to Wolf on October 21st.
List of Demands

I. We demand that the University of Missouri System President, Tim Wolfe, writes a handwritten apology to the Concerned Student 1­9­5­0 demonstrators and holds a press conference in the Mizzou Student Center reading the letter. In the letter and at the press conference, Tim Wolfe must acknowledge his white male privilege, recognize that systems of oppression exist, and
provide a verbal commitment to fulfilling Concerned Student 1­9­5­0 demands. We want Tim Wolfe to admit to his gross negligence, allowing his driver to hit one of the demonstrators, consenting to the physical violence of bystanders, and lastly refusing to intervene when Columbia Police Department used excessive force with demonstrators.

II. We demand the immediate removal of Tim Wolfe as UM system president. After his removal a new amendment to UM system policies must be established to have all future UM system
president and Chancellor positions be selected by a collective of students, staff, and faculty of diverse backgrounds.

III. We demand that the University of Missouri meets the Legion of Black Collegians' demands that were presented in 1969 for the betterment of the black community.

IV. We demand that the University of Missouri creates and enforces comprehensive racial awareness and inclusion curriculum throughout all campus departments and units, mandatory for all students, faculty, staff, and administration. This curriculum must be vetted, maintained, and overseen by a board comprised of students, staff, and faculty of color.

V. We demand that by the academic year 2017­2018, the University of Missouri increases the
percentage of black faculty and staff campus­wide to 10%.

VI. We demand that the University of Missouri composes a strategic 10 year plan by May 1, 2016 that will increase retention rates for marginalized students, sustain diversity curriculum and training, and promote a more safe and inclusive campus. 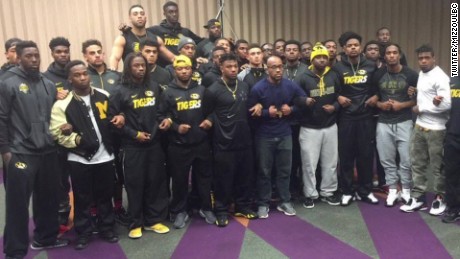 Missouri University football players announced they would boycott all practices and games.  Sixty of the 124 players on the roster are black, but it’s unclear how many participated in the boycott. 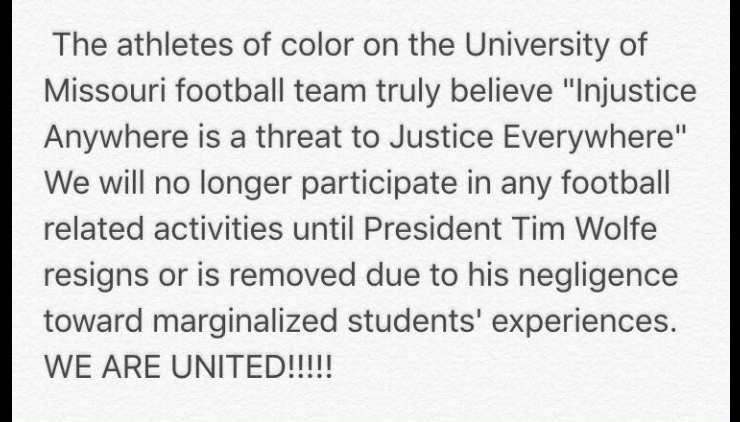 Well, that's when things all kicked into high gear. Once the football players stood up and decided they would not go out and help the school profit off their back if nothing was done about the President for any longer. This was huge.

By Sunday, a campus sit-in had grown in size, graduate student groups planned walkouts and politicians began to weigh in. Until Monday, Wolfe did not indicate any intention to step down. He agreed in a statement issued Sunday that "change is needed" and said the university was working to draw up a plan by April to promote diversity and tolerance.

The threat to not play could have cost the university millions of dollars, starting with a $1 million payment to Brigham Young University if the Mizzou team didn’t take to the field on an upcoming Saturday. The football program brought in $83.7 million in revenue in 2014.

Says a lot about the power of collegiate sports. I just wish more student athletes would band together to effect change on college campuses.