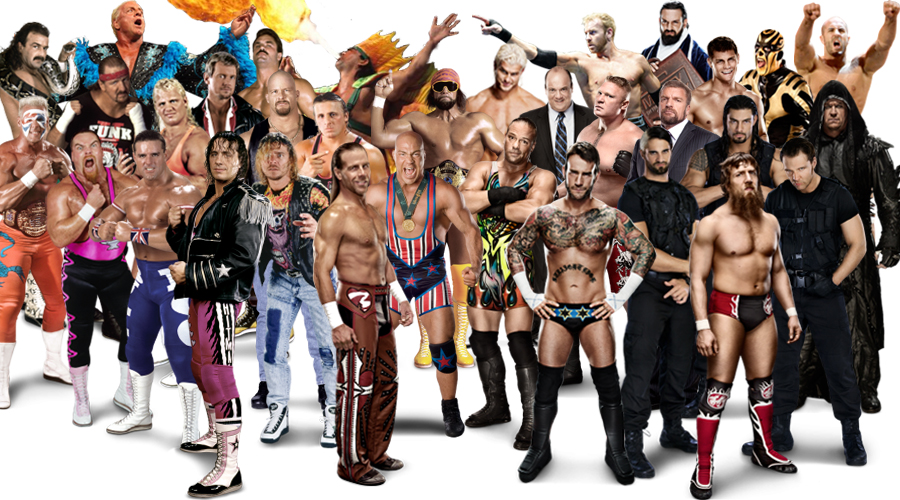 The decision to move SummerSlam from its usual home in Los Angeles to Brooklyn seems to have paid off in a big way, and more than just three straight nights of selling out 13,400 tickets to the Barclays Center.

The key as far as to the sports audience giving SummerSlam the sports world credibility of being a major event is that ESPN will be doing significant coverage for the show for the first time ever. They started this week by having Brock Lesnar in studio. It helps that it’s in Brooklyn, and it’s part of the beginning of a new relationship between the two companies.

Former WWE announcer turned ESPN anchor Jonathan Coachman will be in Brooklyn covering the event for SportsCenter like it is a significant sports event. It won’t be full blown-out “Sports Center on the Road” coverage like they do for the biggest sports events, but Coachman will be there giving regular reports.

Lesnar did an ESPN talk show as well as SportsCenter on 8/18. Jon Stewart, who just retired from The Daily Show, will be hosting SummerSlam. Cena will be hosting the Today show on 8/20 for the 9-10 a.m. hour., after doing the same thing on 8/17. This is part of the NBC Universal strategy to soften the image of wrestling and wrestlers so it doesn’t have such a negative stigma among advertisers.
SummerSlam Card

The Lesnar vs. Undertaker match will be interesting with the Brooklyn audience. Undertaker was cheered all night in Minneapolis, Lesnar’s home town, until he came out to confront Lesnar. It appeared they were positioning Undertaker as the heel, which will be interesting in Brooklyn, since New York can be an unpredictable crowd. At WrestleMania, Lesnar was by far the most popular performer on the show.

The rest of the four-hour show is the Seth Rollins vs. John Cena battle for both the WWE and U.S. titles, Roman Reigns & Dean Ambrose vs. Bray Wyatt & Luke Harper, Cesaro vs. Kevin Owens, Sheamus vs. Randy Orton, Dolph Ziggler vs. Rusev, Ryback vs. The Miz vs. Big Show for the IC title, a four-way for the tag titles with The Prime Time Players defending against New Day, Los Matadores and Lucha Dragons, Neville & Stephen Amell vs. Stardust & Cosmic King Barrett in the comic book match, and a three-way elimination trios match with Team Bella (Bellas & Alicia Fox) vs. Team PCB (Paige & Charlotte & Becky Lynch) vs. Team BAD (Naomi & Sasha Banks & Tamina Snuka). The rules of the women’s match is that when someone from a team gets pinned the entire team has to leave.

That’s ten matches, not including special segments. With the pre-show, it is possible they may bump a match early or add a pre-show match during this week.
NXT

NXT, the night before, has announced ten matches. The current plan is to tape a 90 minute special from 7:30 to 9 p.m. that will air probably on 8/26 in the NXT time slot on the WWE network, followed by a the live two-hour special with six matches airing from 9-11 p.m. on the WWE Network.

Most likely five or six of those matches, the last five in particular, will air on the special and the other bouts will be for NXT TV show.
WWE Monthly Business

The company averaged 1,533 orders per day on WWE shop, almost triple from 533 per day last year. That aspect of their business has been growing at a great level.
Ratings from the Week

Raw on 8/17 did a 2.73 rating and 3.78 million viewers (1.45 viewers per home), well up from the summer averages although slightly down from last week, even with the show being pushed around appearances by both Brock Lesnar and Undertaker and teasing another confrontation. I’d call the third hour number disappointing overall, considering how long the last segment went and who was in it.

Right after Raw, a replay of the Tough Enough episode with John Cena did 1.40 million viewers. That’s notable because in prime time six days earlier, live, that same episode did 1.03 million viewers.

Smackdown on 8/13 fell to 2.08 million viewers, the second lowest ever on Syfy for a first-run regular time slot airing.
Tough Enough

Tanner Saraceno was voted off Tough Enough on 8/18, meaning the winners will be decided on 8/25, with Josh Bredl vs. Zamariah “ZZ” Loupe with the men and Sara Lee vs. Amanda Soccomanno among the women.

What’s notable is that Loupe was clearly the laziest and most out of condition person on the show, and even in three months, remained out of shape at the end, but he’s got natural charm and charisma, and was constantly compared to Dusty Rhodes.

Daniel Bryan said he sees that but the difference was that Dusty could go and he can’t. Bryan also said that he liked Tanner, because Tanner reminded him of himself, a guy who came in with no charisma or personality but was disciplined and had the ability to work hard. He said he struggled with not making a save. Tanner was clearly the best athlete and in the best condition, and could do more in the ring than anyone, but he had no facial expressions and lacked charisma and didn’t connect with the audience. If he had saved Tanner, it’s possible that Bredl, the office favorite and right now the crowd favorite as well, could have been voted off.

Since only two women were left, the show was all about eliminating a guy and Bredl appears to have the edge. He’s been portrayed as the best prospect, and made fans by being shown talking to his little girl. In the last voting, he got 46% to 34% for ZZ and 20% for Tanner, so he’s the favorite. Amanda is only in because she was only put in the bottom once to be voted out, would have been voted out, but Miz saved her. The big thing on the show was Amanda, in a last ditch effort since she’s clearly a huge underdog, she said that she was playing a character as a heel on the show and that’s not really her.

But on the post show, she said Sara wasn’t the girl next door that everyone thinks she is. She called Sara a ring rat on the WWE Network post show special. The web department was given word that the term ring rat is banned from any stories on the web site, but as of a few hours later the line was not edited off the show. The context is that people think Sara is working hard but on the weekends she’s spending time with the wrestlers, which she denied. Anyway, that should get the rumor mill flying.
G1 Tournament

The G-1 Climax tournament, a grueling month that has the reputation of featuring the year’s best matches, has come to a close. And it had delivered on that reputation.

Tanahashi pinned Nakamura with a high fly flow in 32:15 in what was the best singles match the two have ever had with each other. That covers a lot of ground, including three Tokyo Dome main events, numerous G-1 matches and big card title matches.

Tanahashi was announced the next day as challenging for the IWGP heavyweight title in the main event on 1/4 at Wrestle Kingdom 10 at the Tokyo Dome, although he still has to defend that No. 1 contendership on big shows between now and the end of the year. It will be Tanahashi’s record-setting tenth Tokyo Dome main event, something no other combat sports athlete has ever accomplished. Many had expected that next year would be the first time since 2010 that he didn’t close the show with a winning performance.

He is expected, for the third time at the Dome, to face current IWGP champion Kazuchika Okada. In both 2013 and 2015, the two knocked it out of park, with Tanahashi winning both times. Tanahashi, whose first Tokyo Dome main event was in a ten-man tag in 2003, lost his first two Dome singles main events, in both 2005 and 2008 to Nakamura. Since then, he’s won seven in a row.

If Okada goes in as champion, and he’ll probably have title defenses against A.J. Styles and perhaps Nakamura and/or Hirooki Goto between now and the end of the year. Nakamura and Goto beat him in the tournament, while Styles pinned him clean in a multiple person match on 8/16 with the Styles Clash in what was clearly the set up for a September or October title defense.

The big story for next year at the Dome looks to be Okada in his quest to finally beating Tanahashi, and retain his title, on New Japan’s biggest stage of all, which would be the real torch passing moment where he is established as the company’s top star.
New Japan World


New Japan World topped the 30,000 subscriber mark for G-1, which tells you how far behind WWE they truly are as the No. 2 promotion in the world. They were at 22,000 before the tournament started. The streaming service is struggling, as when it was launched, the hope was to hit 30,000 this past January for the Tokyo Dome, and end the year at about 100,000, a figure they will not come close to.

This has led to some cutbacks. Most notably, a lot of the shows were one or two camera shoots, and many didn’t even have commentary. Last year’s tournament had every show with a full professional set-up, but that’s with a streaming service charging $110 in advance and $160 after it started for the full tournament. This year, with more shows, you got the entire tournament for $17. Still, New Japan owner Takaaki Kidani stated he was overall happy with the business, in particular the big increase in New Japan World subscribers.
Thank you for Reading