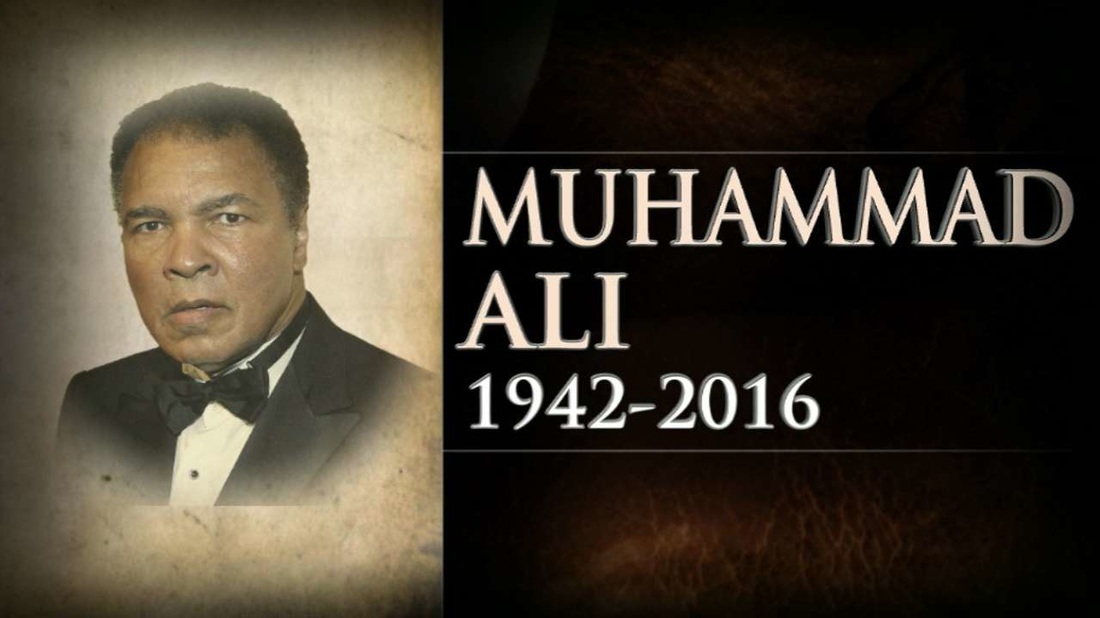 The World's Greatest is Finally at Rest 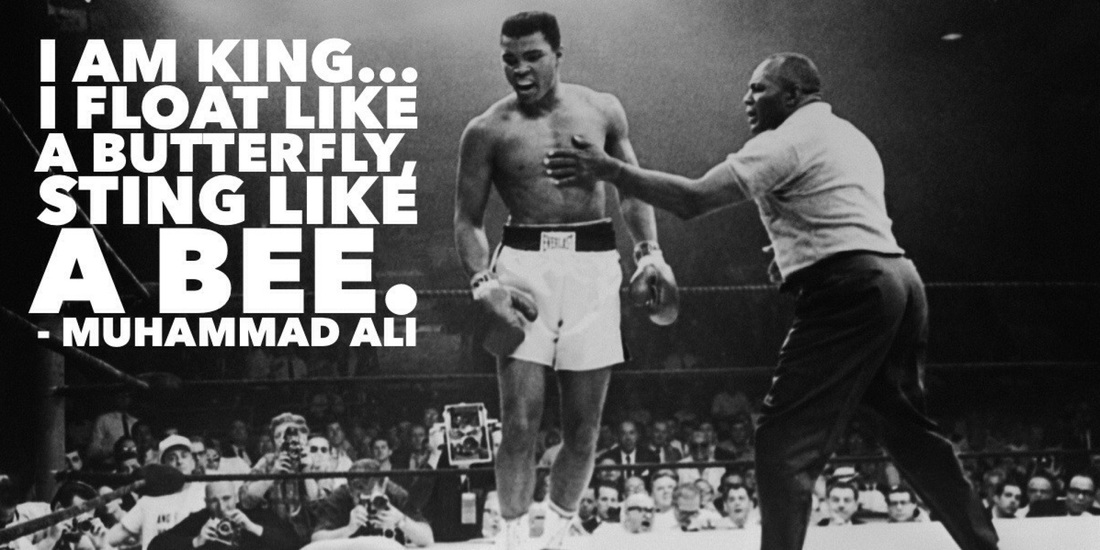 On Friday night, the World lost the greatest pro fighter we ever saw, but we also lost one of its bravest iconic figures. Muhammad Ali passed away at the age of 74, after battling Parkinson's decease for many years. To understand the greatness of Muhammad Ali, you would have to take into account his entire story, and if you were to really examine everything about the GOAT, you would understand why he is widely considered the most influential and revered sports figure in history.

When talking Ali, of course you have to first talk his boxing career. When I was growing up, the question was always, who would win between Muhammad Ali and Mike Tyson. For my age bracket, Tyson was the man. The knockout artist who ruled the ring like none other. I had only seen Ali on video and mostly it was him talking and cracking jokes on people. Very entertaining, but watching Tyson, I compared everyone to him and if you couldn't knock people out like Mike, you were not the best to me.

Well, of course, that was when I was very young and uneducated. As I started to really follow the sport, watching regularly with my father, I soon discovered what boxing was all about. Its not just a contest of brute force and impact. Boxing is an art-form, and there are different ways for that art-form to entertain. Sure, I still loved the heavy hitter like Tyson, who could end  fight quickly. But more often than not, I wanted the fight to last longer, and be filled with action, back and forth, until finally one man imposes his will on the other, so much, that his opponent has no choice but to give up. And there was nobody better at this than Ali.

My father bought me a box set of all of Ali's fights on tape, and I studied and watched those fights religiously. I watched all the interviews, the build up, and I was  captivated. This man was the best ever. Ali had the innate ability to not only beat a man physically, but also mentally. He was the master of the mind games, and talked more trash and backed it up than anybody I ever saw.

Naturally, when a man runs his mouth as much as Ali did, he's going to be hated by many, and they will want someone to come along and shut the loud mouth up. And that still rings true today. But you can only imagine how much more this was true back in the 1960's when a black fighter was not only beating his white opponents, but was also talking shit about and to them. Ali was a lightening rod.

But let's not be naive. Ali was a great fighter, but many times in the history of sports and entertainment in this country, white American have had no problem cheering on black athletes and performers as long as they were doing their job and entertaining them. Ali was not accepted for more than something fun to watch on a Saturday night or someone funny to listen to in interviews. He was acceptable, because he was causing no waves to the establishment.

But all that began to change when Ali became a member of Nation of Islam, and the top blew off the kettle when he refused to be drafted into the United States armed force's and fight in the Vietnam War.

Ali stated: "Man, I ain't got no quarrel with them Viet Cong. Why should they ask me to put on a uniform and go ten thousand miles from home and drop bombs and bullets on brown people in Vietnam while so-called Negro people in Louisville are treated like dogs and denied simple human rights?"

This is where Muhammad Ali transcended the sport of boxing and became a cultural and political icon in the eyes of many. The Heavyweight champion of the world used his platform to speak out against an unjust war. This was no longer about boxing, this was about human rights, and Ali wasn't scared to go to jail and be considered a traitor, in order to stand up for what he believed was right. Boxing took a backseat to real life.

Ali's refusal to bow down cost him his prime years as a boxer, but during that time off, not only did he become a symbol of the civil rights movement, he also became a cultural figure around the world in the fight for human rights. Ali knew his decision could cost him has career, and his freedom, but he did it anyway, because he would not be held hostage by his celebrity. Amazing how so  many of these "role models" today don't even touch on social issues let alone do anything to try to make a change. Ali used his platform for the good of his people.

When Ali returned to the ring in 1970, three years after he was stripped of the title, he was not the same as before. He clearly missed three years that could have made him an even better fighter when it comes to win tallies. But, he was the biggest sports star in the world. Everything he went through mad him bigger than ever. And while he won some and lost some, he was must see.

His famous fights with Sonny Liston, Joe Frazier, and Geroge Foreman may be what many will concentrate on today, but for me, Ali was another example of wy I love pro wrestling. Ali was just a pro wrestler in a boxing ring. He was an entertainer. He talked more shit than anybody and many of my favoriet wrestlers copied Ali's material. Hogan, Dusty, Savage, Flair, Piper, all of them took Ali's style and helped buld their own. Conor McGregor is an Irish Ali today. Its not all about what happens once the bell ring that makes the biggest stars, its the personalities. And Ali had it in spades. Check this out. 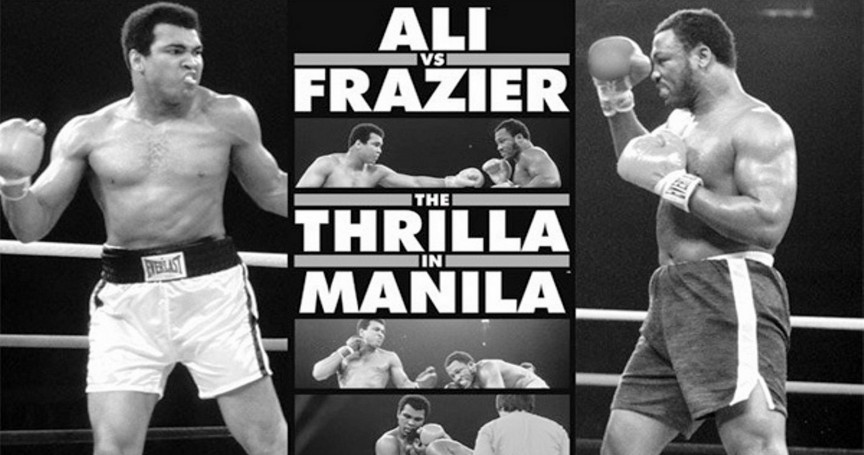 Mnay things can be said about the end of Ali's career. Of course, its easy ti say he should have stopped fighting three years earlier than he did, and if you'd be right. But unfortunately, sometimes its hard to tell the Greatest when he's done. I chose not to concentrate on the end, because the truth is, not many get to go out on top unfortunately, and Ali paid the cost.

But even in his many years of battling Parkinson's, Ali did even more good and shined as a fighter for human rights and various other humanitarian causes. He's been awarded with a host of awards and citations due to the great man he was to all people. Ali's complete story is a story of triumph and its to be celebrated.

I honor the life and legacy of the GOAT, and I pray that his story will inspire some of the these young athletes and entertainers who have a platform, to use their celebrity to evoke a positive change for our people in this country. 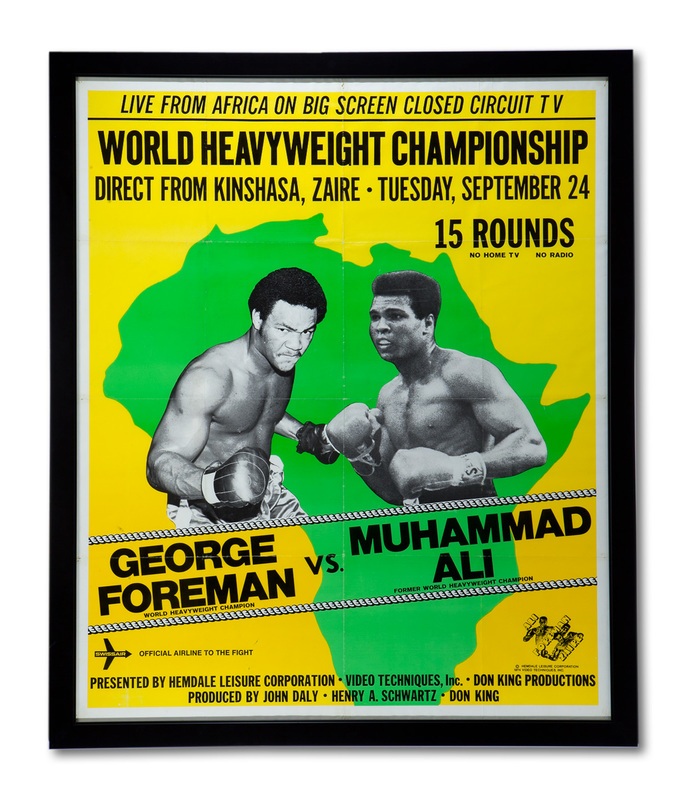