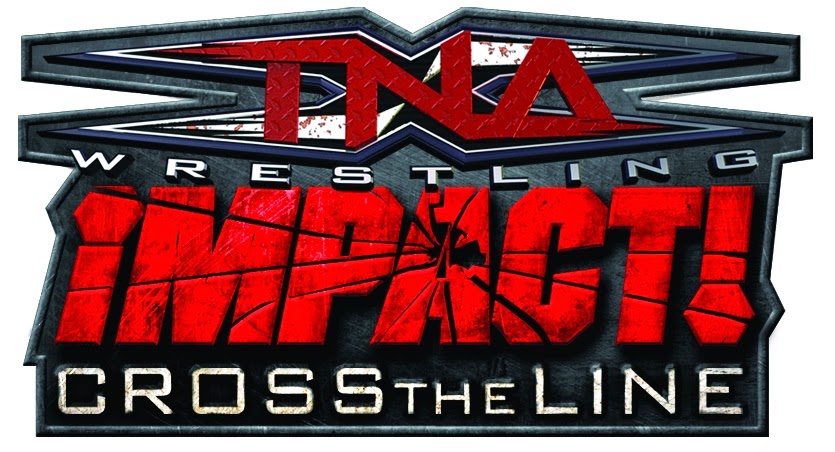 The Rise an Fall of TNA: Vol. 7 The Move to SPIKE TV

As we discussed at the end the last volume, The Jarrett’s felt that ratings for Impact on Fox Sports Network had been solid enough in comparison to virtually everything else on the network to justify not having to pay for the TV time anymore. So they wanted FSN to drop the charge and start paying them. FSN was not in the position to do so, so the Jarrett's started looking elsewhere.

Jeff Jarrett went to New York and began talks with Viacom officials about getting the Raw time slot on Spike, once WWE left for USA in September.

Many thought it would never happen, and at first it looked that way. But a week before the TV contract with FSN expired, TNA was close to having a deal with WGN out of Chicago finalized. TNA was also talking with all parties, which also included Spike TV, and FSN, which is where they’ll end up if they don’t sign with WGN. The main positive of TNA leaving FSN is that they’d no longer be paying $30,000 per week for TV.

But TNA decided that there time with FSN was over and it was time to move on. Though they were on the verge of signing with WGN, which would have set them up for a head to head time slot against WWE RAW on Monday night's, the deal fell through at the last minute.

WGN was unhappy with rumors of a possible Jarrett/Panda split, and wanted the show to run one hour rather than two in a slot that wasn’t head-to-head with Raw. Also, the original idea was that TNA, as ridiculous as this might sound, was seen as a program that would help raise the profile of WGN, but then, WGN purchased reruns of Sex in the City, so TNA all of a sudden wasn’t such an important acquisition. Suddenly TNA had  no TV presence.

Creatively, a lot of changes were happening as well.

There were people pushing to have AJ Styles beat Jeff Jarrett for the title, but Jarrett determined that while he was willing to drop the title to someone, he doesn’t want to drop it to AJ. But at the Hard Justice PPV Jarrett actually dropped the belt to AJ Styles. This was a move that was long overdue.

Dusty Rhodes was removed from head booker.  He was one of the proponents of taking the title off Jeff Jarrett and putting it on AJ Styles, and the Jarretts weren’t down with that (and they are pretty much the only people not down with that). There were people who also believed that he was deliberately undermined by the Jarretts, and although that sounds like your typical conspiracy story, it appears there was actually something to it.

Talent wise, TNA got younger and more athletic. AJ and Christopher Daniels, both signed new long-term deal with TNA through the fall 2008. Samoa Joe signed with the company and was booked dominantly.

Finally, it was officially announced that TNA would be going to Spike TV when the WWE deal expired in late September/early October. Although at first it was believed that TNA would be paying for the time slot, it was revealed later that they would be on the network for free and Spike in return would get to sell 98% of the ads and keep that revenue.  Therefore, it was in everyone’s best interests to promote the hell out of the show.

So Spike started running TNA ads during Raw! WWE was extremely pissed off about it (well, management; there were wrestlers, particularly those who dread every phone call, who were thrilled). Spike was still airing RAW and could do whatever they wanted, so they used the platform to promote their new wrestling show. It was the best thing to ever happen to TNA.

The new time slot would air Saturday night's at 11pm after a regular Saturday night UFC block and a replay of the show would air Monday nights at midnight.
TNA signed the Dudley Boys, (Team 3D) to join the company and debut on the premier show on Spike. Clearly TNA was now positioning itself to be real competition, and Vince McMahon was certainly taking notice.

The first show got raved reviews and was seen one of the greatest new beginnings to a promotion that many had ever seen. Production values were out of this world, and with only an hour to fill, it was one thing right after another, bam bam bam, which is the exact opposite of WWE, which has trademarked the boring 20-minute show-opening promo.

One of TNA’s biggest advantages was the crowd inside the Impact Zone.  This crowd was so rabid and so into everything that the product really came off as the hot new thing. The show came off like a new and superior alternative.

The Saturday night debut did an 0.8 rating overall, with Males 18-49 doing an 0.7 and Males 18-34 doing an 0.7.  Males 25-34 was the strongest demo, doing an 0.9.  TNA was very happy with the number, and while they weren’t good enough to warrant a Monday night two-hour head-to-head show yet, the potential for growth was there, and that was the important thing. After a month of growing ratings, Spike gave the company their first two-hour prime time special.


TNA’s momentum continued to rise with the signing of Christian, who debuted at the Genesis PPV.  The TNA audience had grown by two-thirds since moving to Spike and the addition of Christian, a known performer who was on WWE Tv not long before, would only help the companies profile.


The company also signed Sting to a contract, which helped to bring in long time fans from the days of WCW.  Sting was seen as a iconic figure and was booked as a special commodity.  The signing a debut of Sting led to the companies most-purchased TNA Pay-Per-View event in history, breaking all previous numbers. Also, Impact did a 1.1 rating, after the signing which was very strong.  The Sting investment was a pretty damn good deal.


All the success led to TNA and Spike TV announcing that effective April 13th, 2006, TNA Impact would be moving from Saturday night's at 11 PM to Thursday nights at 11:00 PM. The show would remain one hour and replay Saturday nights in the current 11:00 PM time slot.


In the ring, Christian Cage fulfilled his supposed 12-year dream of winning the NWA Title at the Against All Odds PPV, the place went nuts. TNA now had a guy on top that 18-34 males can identify with a hell of a lot more than Jeff Jarrett, and a name far more recognizable to 21st century casual wrestling fans.  Christian was probably their best choice for NWA Champion going into the move to Thursday nights on Spike TV.


Things were truly looking up for TNA, and over the course of 2006, things would only get better. Join us next time as we examine the influx of new talent and greater spotlight TNA received on Spike TV.