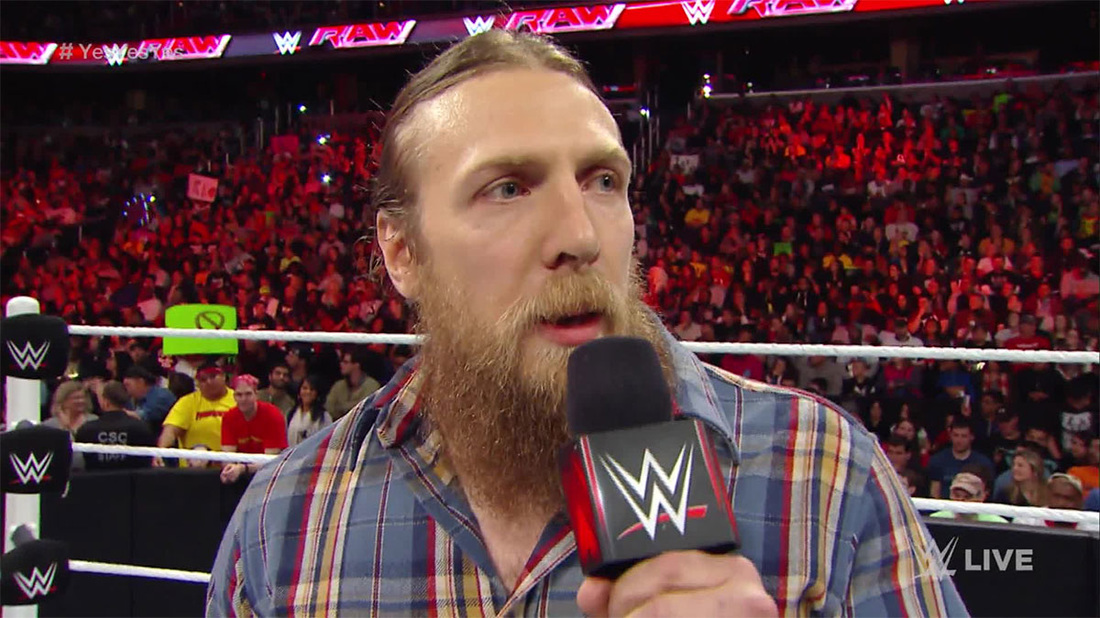 Bryan Danielson Retires from the WWE 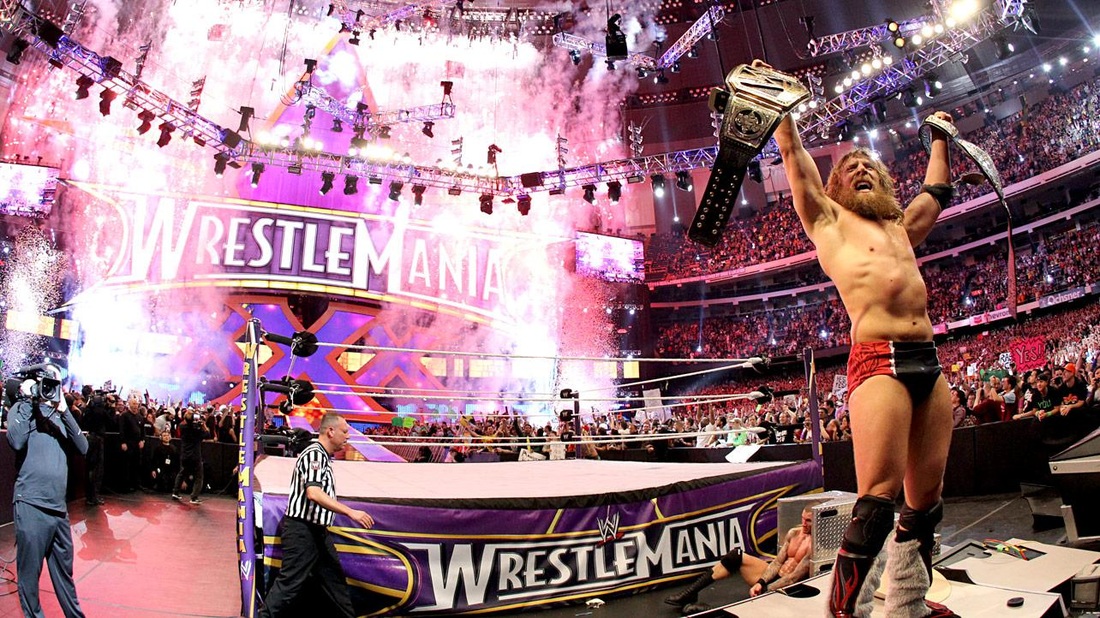 ​For wrestling fans, the saga of Daniel Bryan’s health in recent years with WWE has been, in a word, tragic. A month after he finally won the WWE title at Wrestlemania 30 to culminate an incredible fan-fueled and improbable run, he had to undergo neck surgery that saw him stripped of the title and on the shelf for nearly a year.

After winning the Intercontinental title at Wrestlemania 31, he had to relinquish the belt weeks later due to concussion-related issues. Since that time, it’s been a constant drumbeat of “Will he come back? When will he come back? He’s coming back...right?” questions. 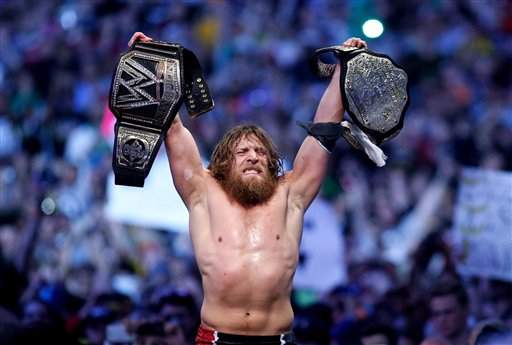 ​The 34-year-old Danielson accomplished nearly everything you could ever want to in the world of pro wrestling, competing in Japan, being part of the founding class of Ring of Honor, working with nearly every major independent talent out there, and eventually signing with WWE in August 2009. A memorable run on NXT with the Miz eventually led to bigger and better things, save a ridiculous firing due to him choking out ring announcer Justin Roberts with a tie in a June 2010 RAW-closing angle.

He eventually returned and made an impact, regardless of how WWE tried to position him. He is the company’s 26th Triple Crown champion, and the company’s 15th Grand Slam champion. He did lose his World title to Sheamus in just 18 seconds at Wrestlemania 28 in a head scratcher, but he started the “Yes Movement”, had a memorable partnership and feud with Kane, had plenty of incredible matches, and found a place in the hearts of those who had never heard of him before he came to WWE while cementing himself with those that knew how special he was all along. 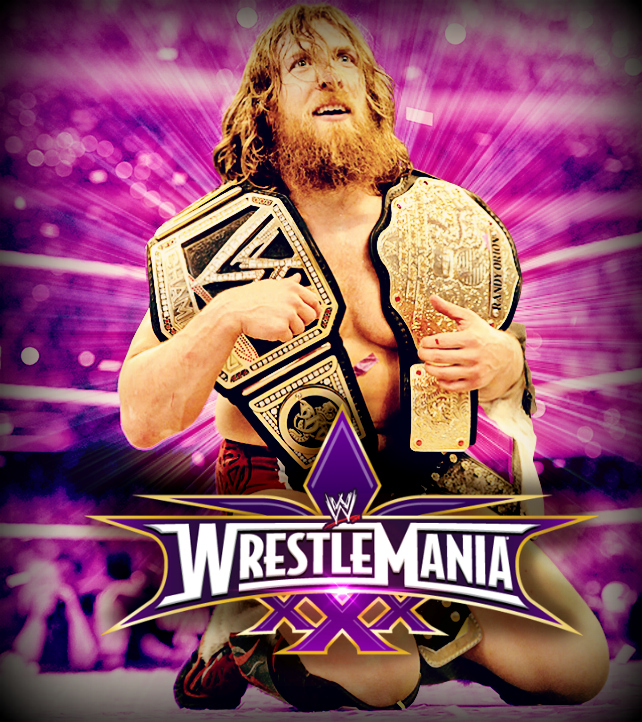 ​But on Monday, the wrestling world got confirmation of the bad news we had all felt might be coming as Bryan Lloyd Danielson tweeted that on the February 8th edition of RAW, he will officially retire, leaving behind the life of an active wrestler that he's lived for 17 years.

Due to medical reasons, effective immediately, I am announcing my retirement. Tonight on Raw, I'll have a chance to elaborate. #gratitude

On RAW, Bryan came out in his home state of Washington and spoke before the home crowd.
​Bryan came out with his trimmed beard and a haircut. He looked like he really didn't want to give this speech. He stood in the ring with his eyes closed and head down as everyone chanted "Yes" around him, looking like he was going to break down. The expression only got more cheers and chants, which made him crack a smile. Bryan said he was able to close his eyes and feel the reaction the way he had never got to feel it before, and he'll never forget it.

He said that he had to address the elephant in the room...he really wanted to shave his beard. He said he shaved his head called "Wigs for Kids," which makes wigs for kids that have cancer. Bryan said he had been wrestling since he was 18 and within 5 months, he had 3 concussions. After that, he would get a concussion here and there, which adds up after 16 years. It gets to a point where doctors say you can't wrestle anymore. He fought that for a long time, after receiving EKGs and various evaluations. He wanted to come back and wrestle in the WWE because he's loved wrestling more than anything.

A week and a half ago, a test indicated perhaps his brain wasn't as OK as he thought it was. He has a family to think about, he and Brie Bella want to start having kids soon (which got Yes chants). Bryan joked that's what Brie says all the time. That got Holy Shit chants. Bryan announced his retirement with the heaviest of hearts and the utmost sadness.

For the last year, Bryan said he's been sad, frustrated, and angry. But when he woke up today he felt gratitude. He got to do what he loved for 16 years. He loved the Seahawks, which got a huge pop. He loved hearing the fans react just as his music hits. He loved diving through the ropes, which makes him feel like Superman. He loved wrestling in the parking lot of gas stations and wrestling in front of 70,000 fans in New Orleans. He loved getting to know people like Kane, who looks like a monster but is among the smartest people he knows.

He got to know Steven Regal, who has been his mentor. He got to know children like Connor. He said he was very grateful because wrestling doesn't owe him anything, nor does the WWE or the fans. The wrestlers do this because they love to do it. He neer dreamed the fans would get behind him the way he did, since he was 5'8, 180 pounds. He came close to breaking down here. He was grateful for two years ago when the fans in Seattle hijacked Raw. And the WWE was trying to arrange a program between Cena and Randy Orton, and the fans still chanted for Bryan.

Bryan said that wasn't why he was grateful. He was grateful because his father was sitting in the crowd and got to see that. Bryan started crying as he remembered his father, who passed away shortly after WrestleMania. It was the last time his father got to see him wrestle.

Because of wrestling, he got to meet the most wonderful woman in the world. She's beautiful, smart and completes him in a way that he didn't think was possible. He was grateful to announce his retirement in front of his mother, his sister, his family and friends. He. Was. Grateful.

Tomorrow morning, he starts a new life, where he is no longer a wrestler. But that's tomorrow, not tonight. He asked for one more Yes chant and he would really appreciate it. Brie came out as the fans chanted yes and his music played. They kissed in midring as Michael Cole said the company was thankful for having his talent under their employ.
It's no secret how much of a Daniel Bryan fan I am. I have very few words I can say right now. I will have a full tribute in the coming weeks, and Bryan Danielson will be inducted into our Hall of Fame, Wrestlemania weekend. 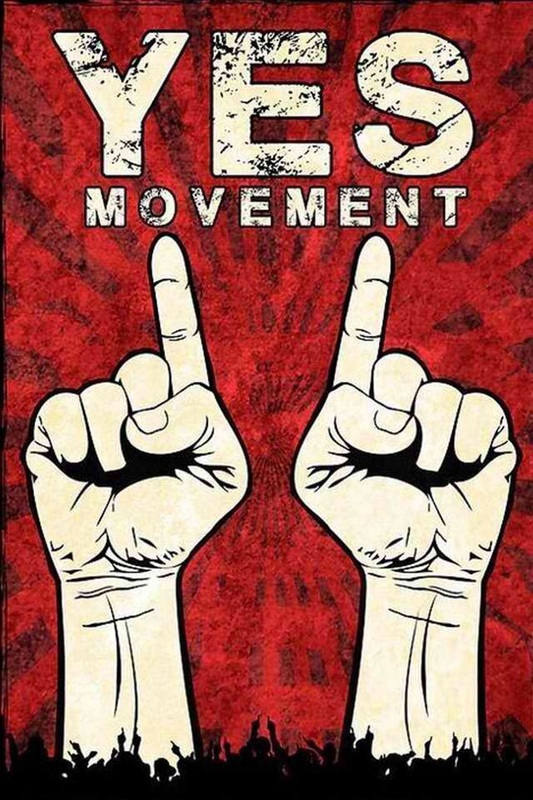