By: Larry Causion Jr.    CausionCreations.com
Posted: Tuesday,  April 12, 2016
If you say you love wrestling and you don't follow New Japan Pro Wrestling, you are not a real wrestling fan, your a WWE Fan. Check out the highlights from NJPW's Invasion Attack and match thoughts by Dave Meltzer. 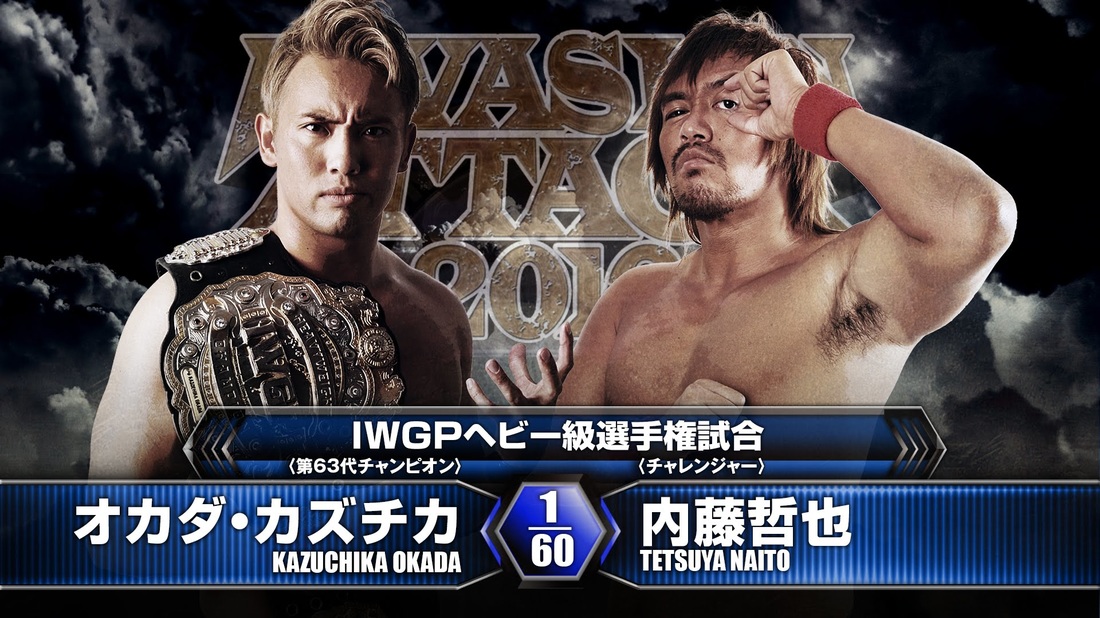 Naito won the title thanks to interference by Evil, Bushi and newcomer Seiya Sanada.  The crowd was wanting Naito to win.  Naito won with the Destino in a long good match.  Bushi blew the mist at Oakada after and Sanda used the dragon sleeper.  Ishii and Goto cmae in.  Okada had the match in control after hitting the dropkick when the new guy in a mask showed up and gave Okada neckbreaker and a moonsault.  Naito tried to finish him with Destino, but Okada got out and used a German suplex.  He went for the rainmaker but Naito ducked and hit Destino for the pin.
​Ishii will be getting the next title shot as they had a square off after the match.  Naito attacked and dropkicked Red Shoes when he was given the belt.  Naito thanked the fans for supporting him.  Fans were chanting Naito's name.  Good to see Sanada put in a good position.  Naito said Los Ingobenables have taken over New Japan.  Everyone chanted "Los Ingobernables del Japon" with him.  Naito then threw the belt in the air and walked off without the belt. 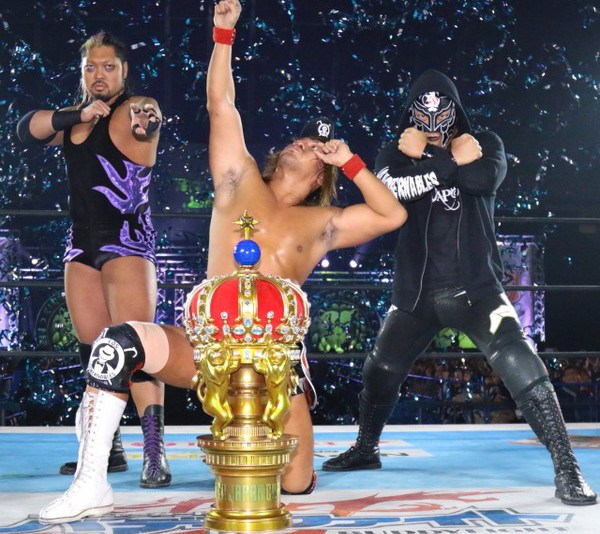 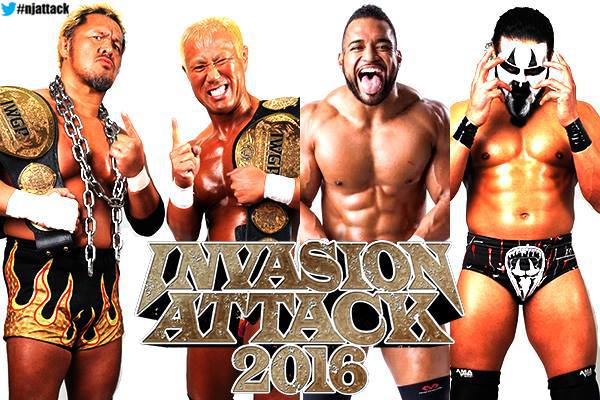 ​New champions again.  Tonga & Roa are called the Guerillas of Detiny.  Very good stuff with Honma doing all the kokeshi's but he missed the diving head-butt.  They won with two combination power bombs and revese DDTs and Tonga pinned Honma to take the title. 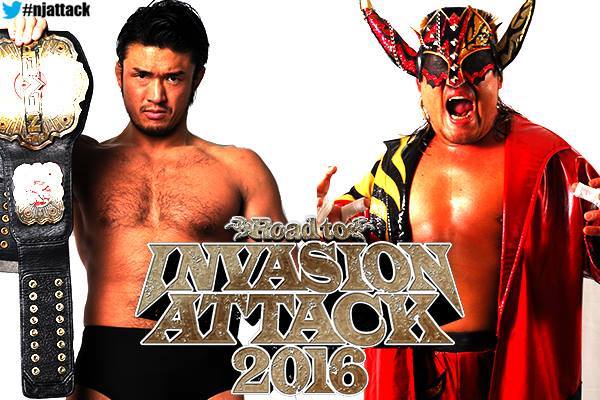 ​Nagata, Nakanishi and Kojima were in Tenzan's corner and Masahiro Chono was doing commentary.   Good match as people were into the story of Tenzan past his prime going for a title.  Tenzan mostly did head-butts.  His timing was good but some of the klunking head-butts were used by Tenzan which is not good.  Shibata did most of his trademark stuff and won with a rear naked choke, let it go and finished Tenzan with a penalty kick for the pin.

Shibata sucker kicked Nagata after the match.  Clearly setting up Shibata vs Nagata.  They had to hold Nagata back.  People wer really hot for Shibata vs. Nagata. 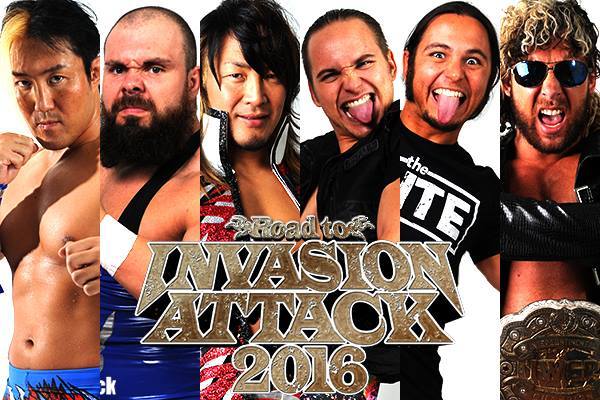 ​Another strong match.  The story of the match was Yoshitatsu returning after 18 months.  Omega kept going for the Styles clash on him but his teammates kept saving.  They also teaed a Meltzer driver on Tatsu but Elgin jumped in and caught Nick and threw him over the top rope.  We had another title change as  Elgin pinned Nick afer a super power bomb  A lot of comedy  mixed in with hot moves.  Nick did a flip dive off the balcony of Korakuen Hall onto everyone.  Cody Hall was stretchered out at this point.  Omega before the match said that everyone wasted their money last week because he was the real star.  Nick challenged the New  Day again.

After the match they set up Omega vs. Elgin for the IC title.  Both put their belts on the ground.  After it seemed like it was over, Fale attacked Tanahashi laid him out with a grenade so this is Tanahashi's new program. 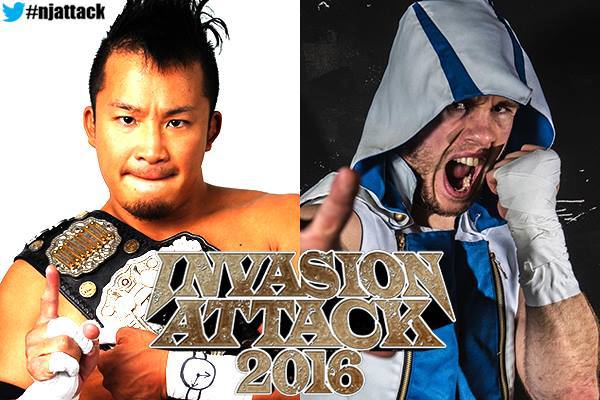 ​I'd say it took Ospreay all of two minutes to get over by doing all the Steve Wright nip ups.  Super match and a star making performance.  Ospreay was wearing trunks with I love Kris Travis.   Most of the match was Kushida working the left arm.  There was an incredible move where Ospreay was on the top rope and Kushida jumped to the top for a flying armbar.  The finish was Kushida with the hoverboard lock and rolling Ospreay to the center just when it looked like he'd make the ropes.  At one point Ospreay did a rainmaker tease.  Kushida did a flip dive and Ospreay did a Fosbury Flop dive. 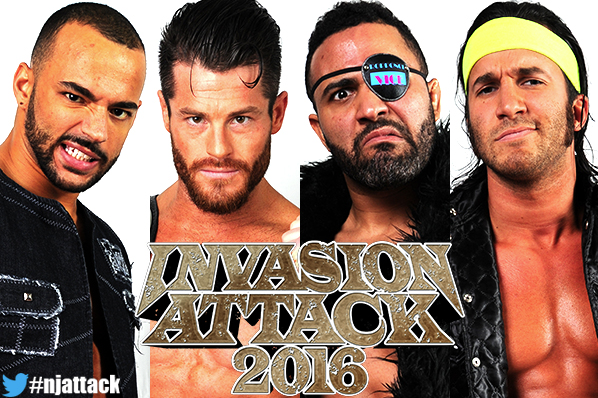 ​Great match.  Baretta pinned Ricochet with Strong Zero, which is the Dudebuster (Omori driver) by Baretta with Romero using a missile dropkick.  The title change and who got pinned tells you all you need to know.  All four looked great with so many smooth moves.  Baretta worked with jacked up ribs but you probably couldn't tell it by his work.  Ricochet & Sydal are such a fantastic team.  Ricochet did a tope on Romero and followed with a running flip dive on Baretta.  Lots of great near falls. 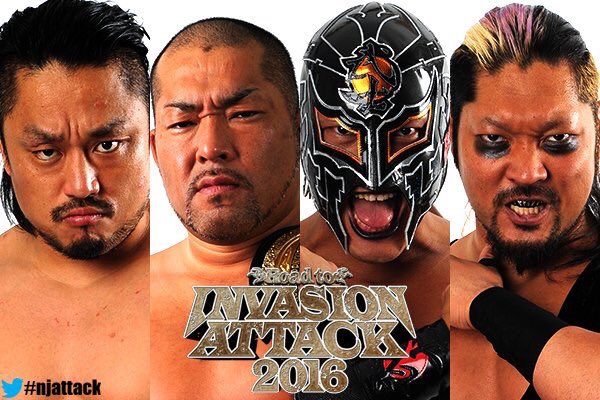 ​This was really good.  Goto & Ishii and Evil were physical as hell with each other.  They were really pushing a Goto vs. Evil feud as they did a post-match pull-apart.  The finish saw Goto use the neckbreaker over the knee on Bushi and Ishii followed with a sliding lariat for the pin.