It is Well, With my Soul:
In honor of Deacon Robert Reddicks Jr. 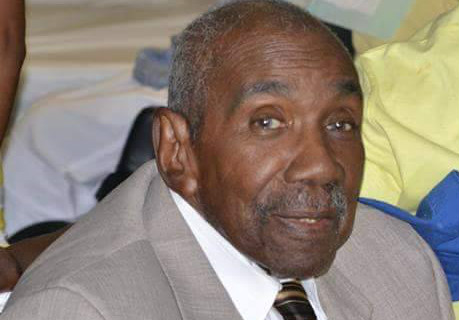 When peace, like a river, attendeth my way,
when sorrows like sea billows roll;
whatever my lot, thou hast taught me to say,
​It is well, it is well with my soul. 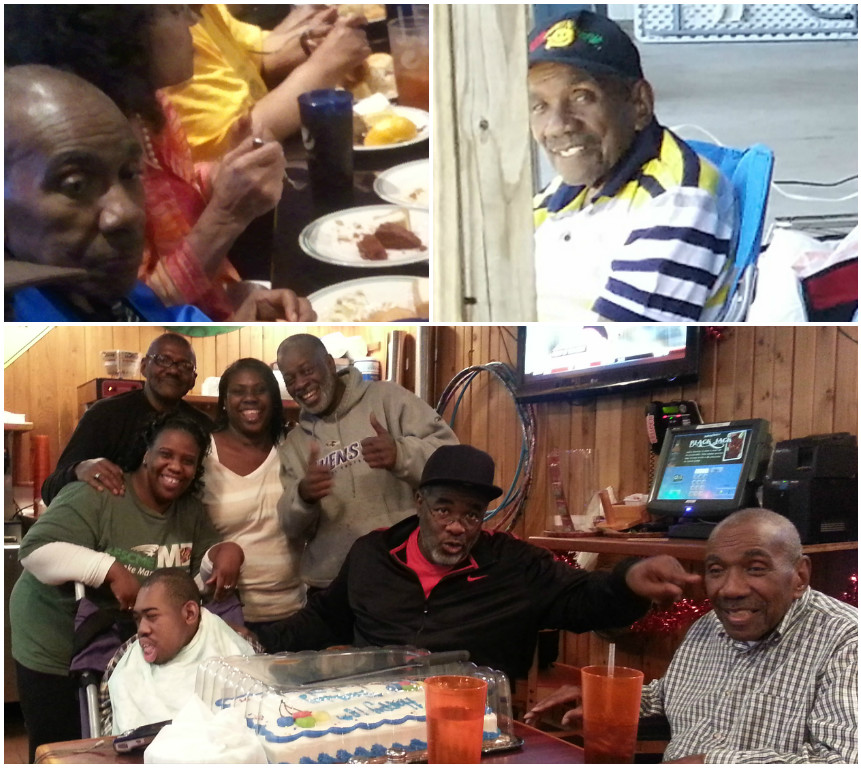 On Tuesday night, early Wednesday morning at 12:05 am, God called one of his most faithful and humble solders home. Deacon Robert Reddicks Jr. drifted away to be where there is no more pain, sickness, or sorrow. For the time God allowed him to be with us, I say thank you Lord. For truly, Deacon Reddicks, Pop Reddicks as I called him, served the Lord with all his heart, and done all he could while he could. A true blessing.

I always had a special relationship with Pop Reddicks, as I consider him my male role model and mentor, the type of person I want to be. Growing up, of course I looked up to different men in my biological family, but he was my second grandfather. Pop Reddicks took an interest in me at an early age and invested time and energy into imparting his wisdom and knowledge into me. I was raised in the church but until Pop Reddicks pulled me in, I was simply going to church because my parents made me go.

But one day, I will never forget it, I was about nine years old, Pop said to me three words, "I'm watching you". I had no clue what he meant. Was I acting up or doing something wrong. Up until then, I participated in the fun activities of the church and went because my mother made me. During service, when I wasn't ushering or singing on the choir, I was playing tic-tac-toe or hangman with my cousins and friends. I wasn't paying attention. But when Deacon Reddicks told me "I'm watching you", it made me think. Suddenly, I started paying more attention.

Pop Reddicks would have me shadow him and learn how he did things. Not just around the church, but in life. His lovely wife, whom I loved and miss a lot too, Mother Gladys Reddicks, always was a joy for me to talk to. These two older people just took me in as there own. And all the while, Pop was just telling me story after story that really stuck in my brain.

So one day, he said he wanted me to become a JR Deacon of the church. Basically, I would be training to be a Deacon later in life once I married. He taught me how to serve communion, we studied scriptures together, I participated in Baptism, and was allowed to pray and read the scripture regularly on Sunday mornings. Eventually I even taught Sunday school. It was an honor. Not only did he train me, he trained Henry "HJ" Ward and Charles Wright. Together we were trained and ordained as JR Deacons of Wilson Park Christian Community Church by Pastor Roslyn Blake Ushry. This was a moment I will never forget.

Pastor Ushry and Ms. (Now Pastor) Earleen Henderson then took me in and started training me and instilling more spiritual teaching in me, but it was Deacon Reddicks who saw something in me and chose me to receive his wisdom. He was so humble and never looked for recognition or a pat on the back. He just did things from the heart and that is what made me respect him so much. He did his duties because it was the right thing to do.

I remember when he bought his tan station wagon, and he let me drive it!! I still don't think he knew I was only 14 years old and it was the first car I ever drove. Lol. But he was patient with me and taught me anyway. No matter what, he always had a life lesson or some wisdom to impart. He was just the best.

I really don't remember him being sick before Mother Reddicks passed. He was just always so strong. He couldn't hear without those big aids in his ears, but he could sing like a bird. I always loved his voice. he didn't shout, he didn't yell, but he just opened his mouth and a smooth tenor voice came out. I always joked that he and Pop Joe Wilkens were the part of the Temptations back in the day.
Give me a heart that knows no ill; Give me the grace to do thy will.
Pardon and cleanse this soul of mine; Give me a heart like Thine.
Only a joy, a few brief years; Only a dream, a vale of tears;
Vain is this world I now resign. Give me a heart like Thine
Why don't you come to my soul, blessed Jesus.
Hear me, O Saviour divine!
Open the fountain and cleanse me;
​Give me a heart like Thine.
I found myself always watching Deacon Reddicks because he didn't get wrapped up in the foolishness that others allowed themselves to get tangled up in. He respected people in their positions and handled things with love. I really can't think of anybody I have ever met that I respected more. Nobody. I love him and will truly miss him.

I want to thank God that he had children who loved and took care of him. The love is real and Pam, Kent, Cynthia and Robert showed their father their love. I respect Pam more than many people I have ever met because through it all, she managed to balance so many things while remaining humble and loving. Just like her father. That is the greatest memorial to him. My prayers and love are with the entire Reddicks Family.

I just had to take time to give honor and respect to the man I respect more than any other. God is still working on me, but I pray to one day be able to live a life that is pleasing unto him, so when I leave this world, I have a measure of the integrity of Deacon Robert Reddicks Jr.

​I love you Pop, and rest on until we meet again.