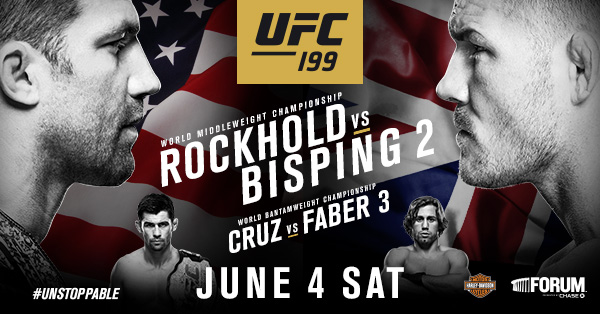 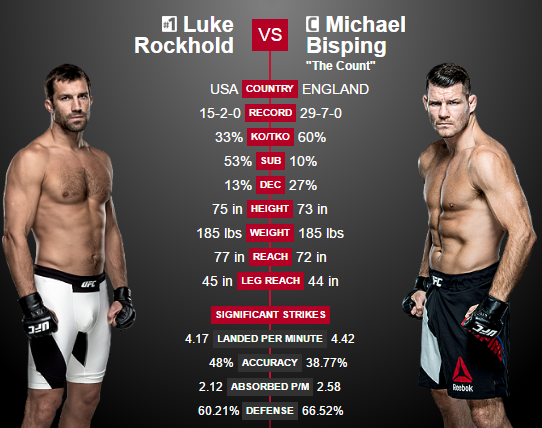 Bisping’s family is in the ring celebrating with him.  Bisping said I have to be humble, thanked everyone for being here.  I stated fighting when I came out of my mother.    Priased his wife and parents.  I’m an average guy  this is my dream, two weeks notice, two hours two minutes I’ll fight anyone.  Thanked people in the UK.

Rockhold was booed.  Congratulations to Michael, he caught me.  I took it for granted.  Admitted he was overconfident.  I didn’t fight my fight.  He’s a tough guy and he’s a warrior. 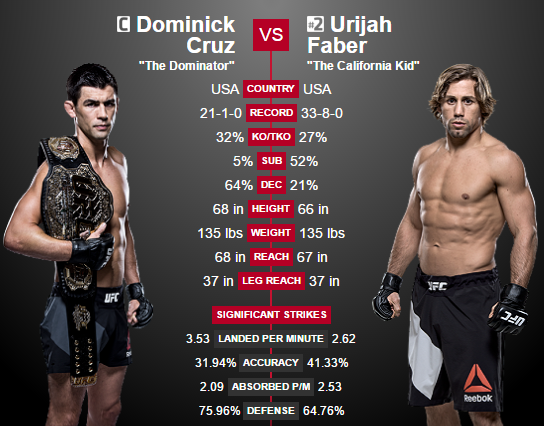 ​First round:  Cruz booed a lot.  Analysts are not getting over with this audience.  Faber chants.  Faber threw a knee and Cruz took him down.  Faber scrambled  but Cruz up and got behind him.  Cruz took him down  and Faber scrambled.  As he got up, Cruz hit him.  Body kick by Cruz.  Faber moved in and slammed Cruz but Cruz reversed to the top immediately.  Faber out and landed a left.  Faber landed a right.  Cruz with a low kick.  Cruz went for a takedown and didn’t get it.  Cruz landed few shots  Cruz 10-9.

Third round:  Cruz with a low kick.  Cruz slipped  and Faber landed a punch but Cruz hurt him with a counter.  Cruz landed a good left.  Cruz landed more shots.  Low kick by Cruz.  Left by Cruz.  Cruz went for a takedown and didn’t get it. Cruz went for another takedown and didn’t get it.  Cruz missing a lot but Faber couldn’t land.  Cruz said something to him after the round and Faber shoved him.  Cruz 30-27.

Fifth round:  Cruz landed two head kicks.  Cruz landed punches as Faber moved in.  Cruz with lefts.   Cruz took him down as Faber went for a big shot.  Body kick by Cruz as Faber got up.  Cruz with another takedown.  He moved into side control.  Faber back up.  Faber tried the guillotine but he’s not getting that tonight.  Cruz 50-45.

They did have a short sorta hug after.

Faber was booed after and said he can't say anything other then pushing that Cruz had power but nothing like Cody Garbrandt.  He priased Cruz's wrestling.  By the time Faber was done fans wer cheering him.  He said he wants to be at the top, he wasn't at the top tonight and talked about supporting Gardbrandt and his guys. 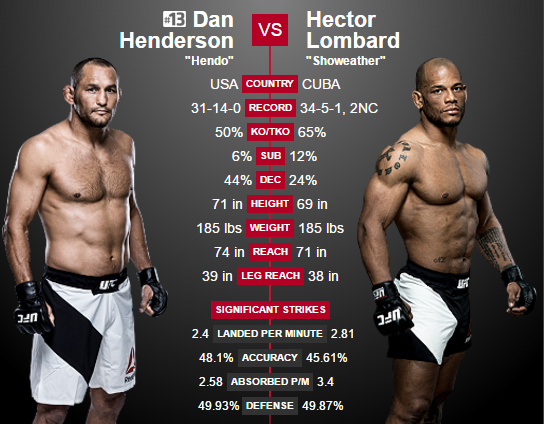 Second round:  Body kick by Lombard.  Both landed big shots.  Lombard landed a right after Henderson missed.  Crowd chanting for Henderson.  Henderson landed a head kick and a hard side elbow and Lombard went down hard.  After two more elbows on the ground it was over.  This place is going insane.  This was one of the loudest pops you’ll ever hear.  Lombard is still down.  1:27

Lombard is now sitting up.  Henderson thanked the fans for their reaction.  The place is going so nuts for Henderson it isn’t funny.  All of his kids were at ringside for the first time.  He said he’s not sure what’s going to happen but that may have been the last fight of his career.

Henderson's kids were all in the ring with him after along with other family members. 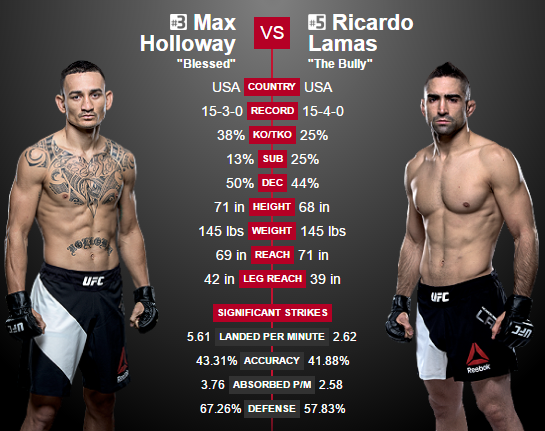 Second round:   Lamas threw a kick that was blocked.  Lamas with a low kick.  Both landing a lot of punches but Holloway getting the better of it.  Lamas now back with hard punches.  Lamas went for a takedown.  Holloway blocked and on top.  Holloway for a split second  had a dragon sleeper.  Holloway with a body kick as Lamas got up.  Lamas shot in and Holloway got a choke.  He didn’t have it fully in and let go.  Holloway threw punches from back position as the round ended.  Holloway 20-18 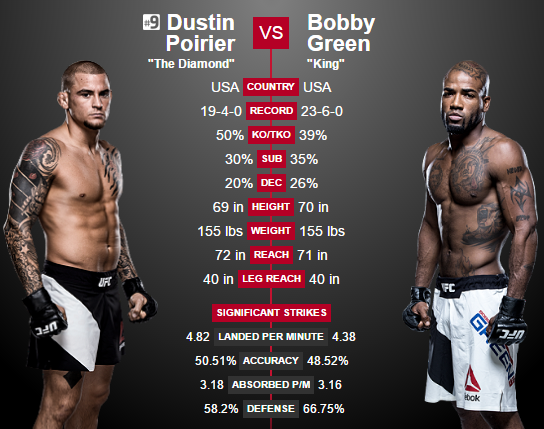