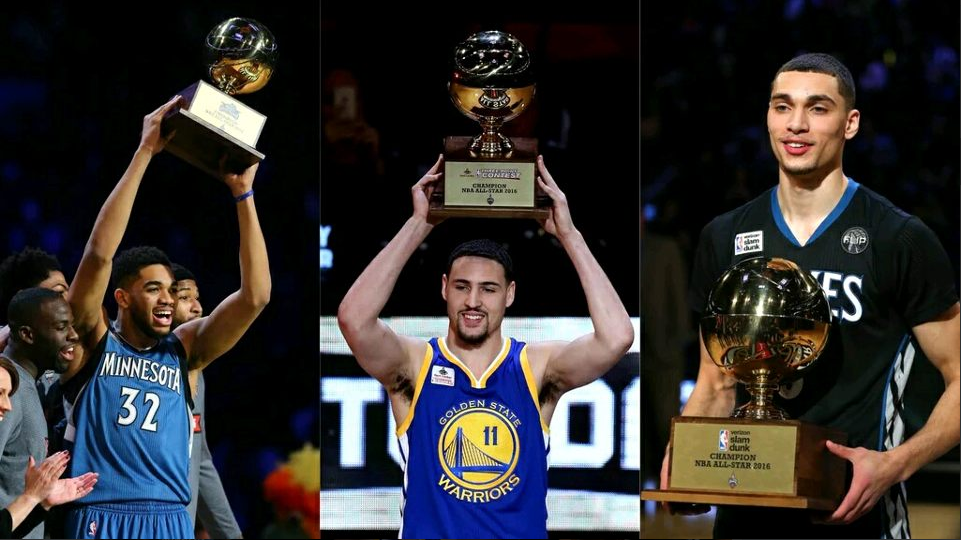 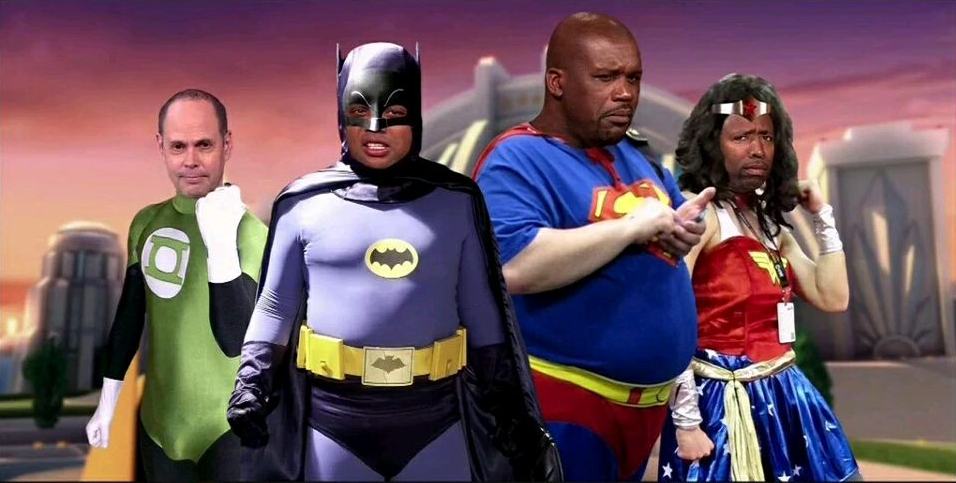 The NBA held its 2016 All Star Weekend in Toronto, Canada over this year, and I must say that while the weather was cold outside, it was one of the greatest All Star Weekends I can remember.

It all started Friday night, with the Celebrity All Star game on ESPN. 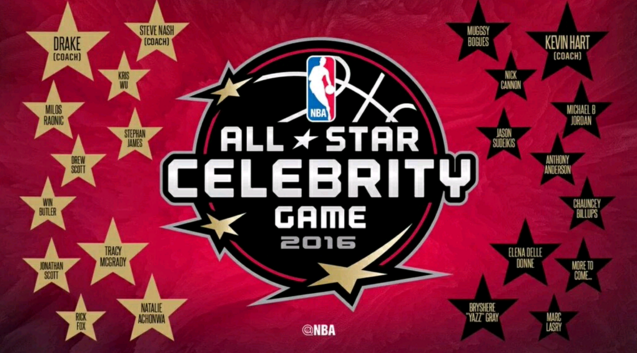 Kevin Hart has dominated and made this event great the past four years, winning MVP, even when he really didn't deserve to. So this year, he retired to become a coach, opposite of Drake. 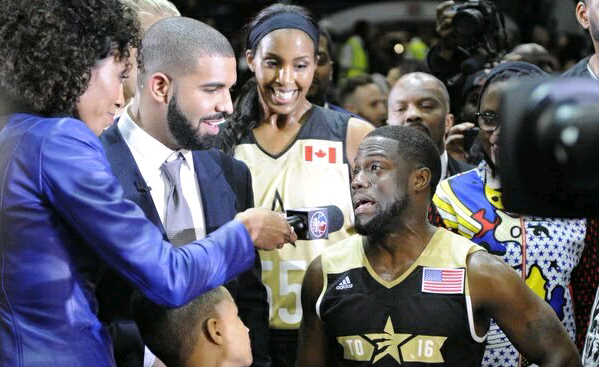 So much so that Kevin returned half way through and put himself back in the game. Lots of fun laughs to start the weekend. 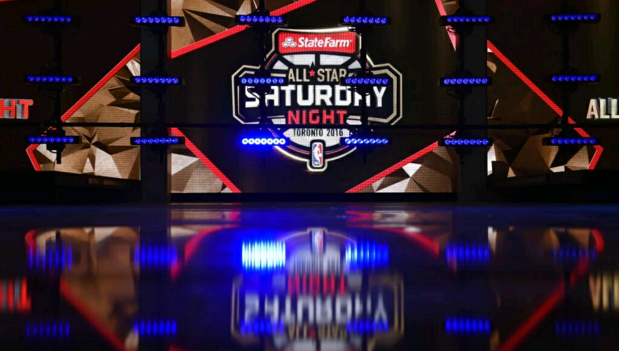 All Saturday Night has traditionally been the best part of All Star weekend. But we all know that is has drastically declined over the last 10 years, especially since many of the leagues biggest stars, like Lebron James, have declined to participate.

Well this year, the NBA did an excellent job trying to mix things up a bit and adding some excitement. And for it, we got the best Saturday night in many many years. It all started with the skills competition. 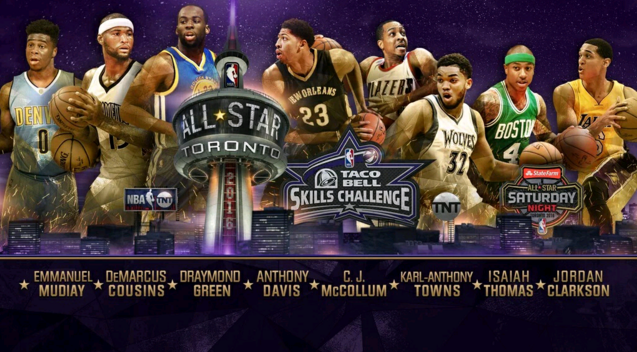 For the first time, the skills challenge was opened up for more than just point guards, but also to the big men. The brackets were smalls vs smalls, then bigs vs bigs. then the finals were a big man vs little man face off and it was great. 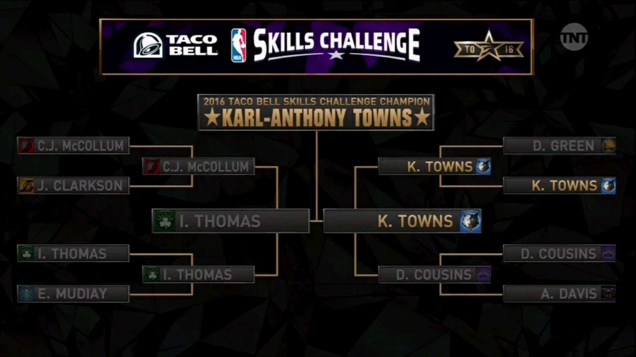 In the end, the number one pick, rookie Karl Anthony Towns defeated Isaiah Thomas in the finals and the place went crazy. Towns won one for every big man everywhere who was told he was too slow to beat the little guys. The celebration was epic. 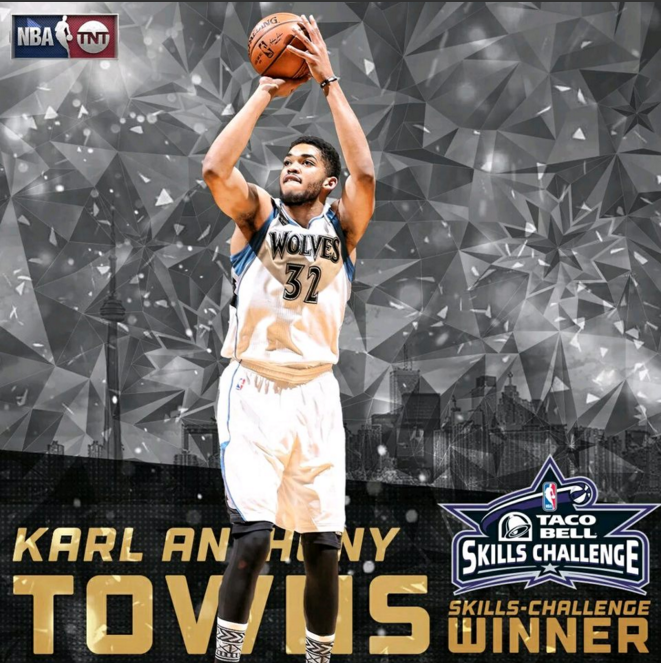 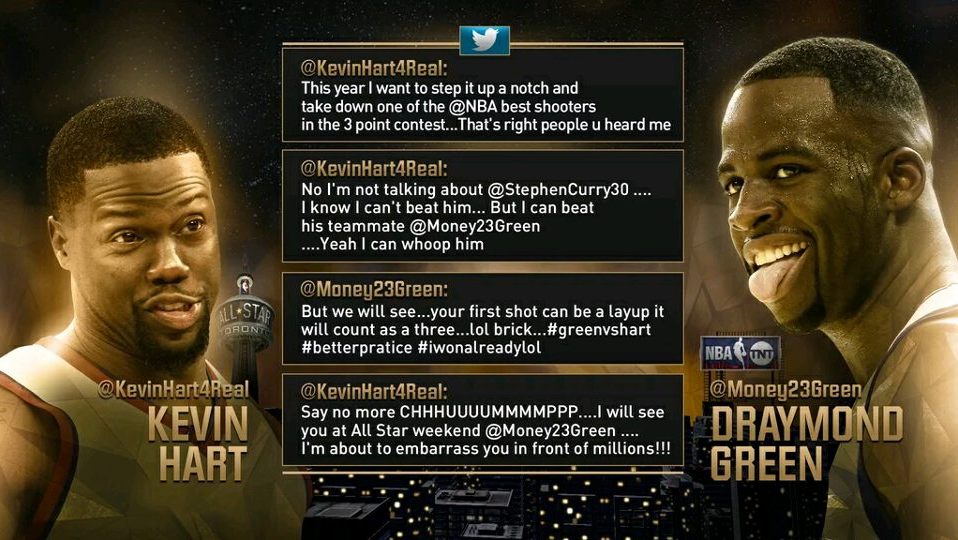 Next up was achallenege of sorts that really made this night even better. Kevin Hart and Draymond Green had been trash talking abck and forth on Towtter, and they decided to settle it in a s3 point shootout. Let's just say, this thing wen alot different than TNT thought it would. 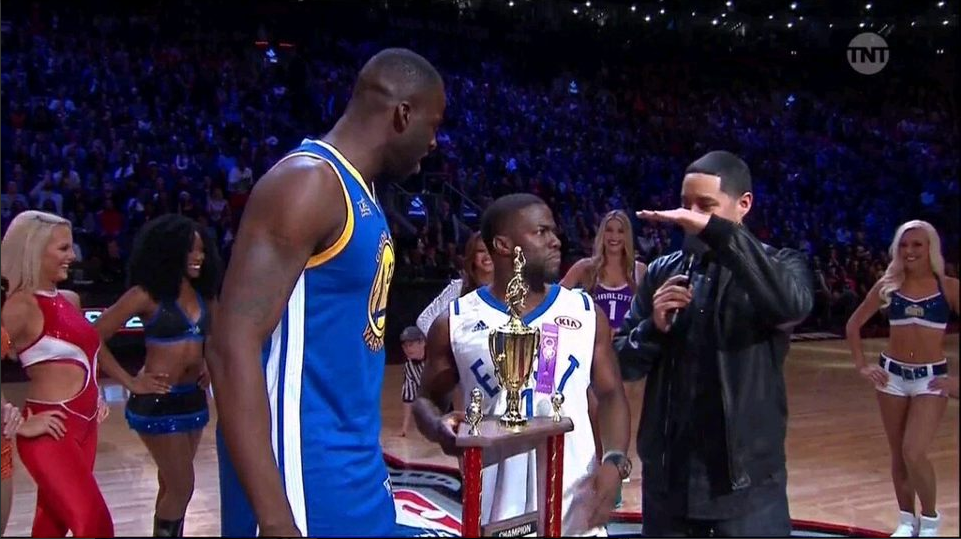 Somehow, they named Draymond the winner, when clearly, Kevin Hart hit that buzzer beater. They tried to claim that Kevin's foot was on the line on a few shot's but that's bull. They just thought Draymond was going win, and had a trophy made for him in advance for being a s good sport, so they didn't want to embarrass him. But he got beat!!!!! 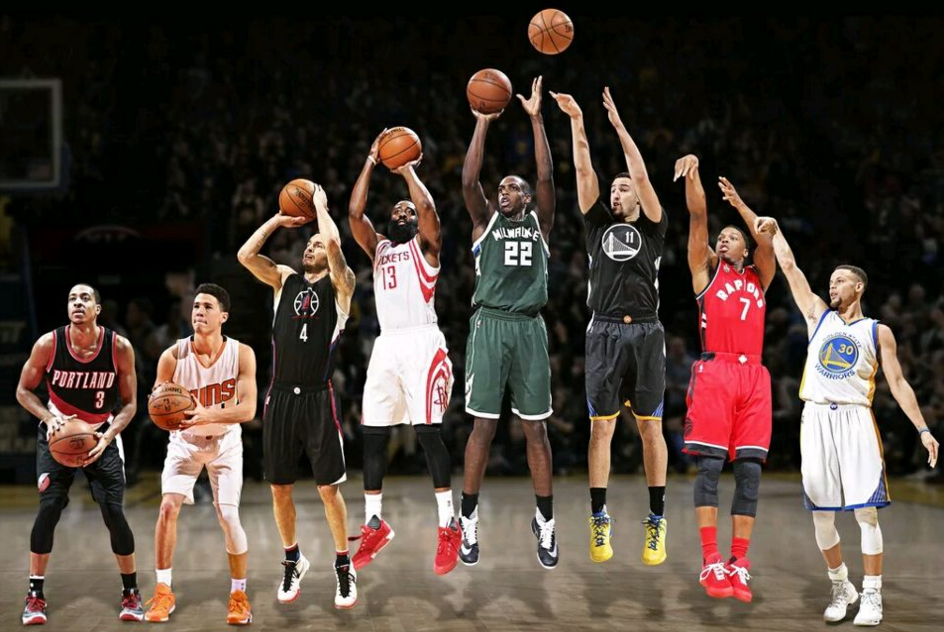 This years 3 point contest was probably one of the more anticipated contest in a while, mostly because of the Splash brothers, but mainly because of Stephen Curry. Curry won last year in impressive fashion, and was sure to come back with another exceptional performance. 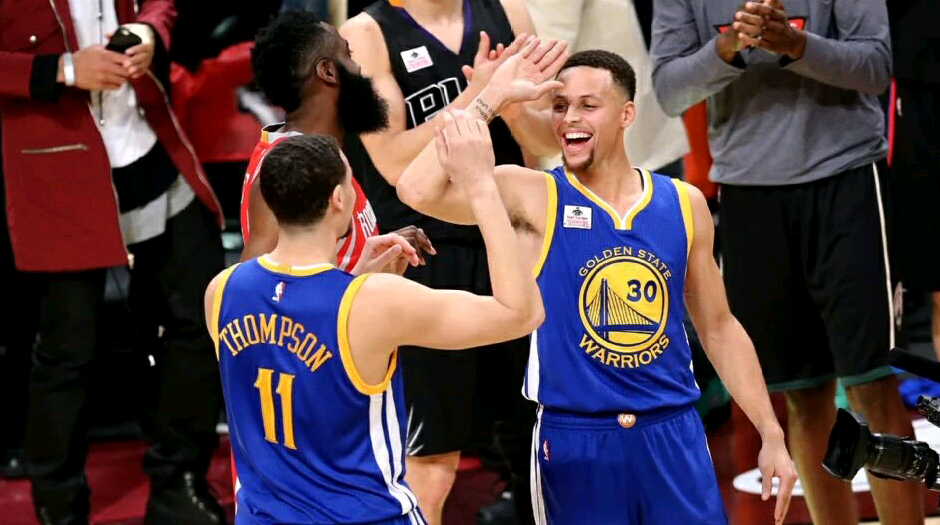 Klay Thompson was able to pull off the upset and defeat his teammate in thrilling fashion. Great drama. 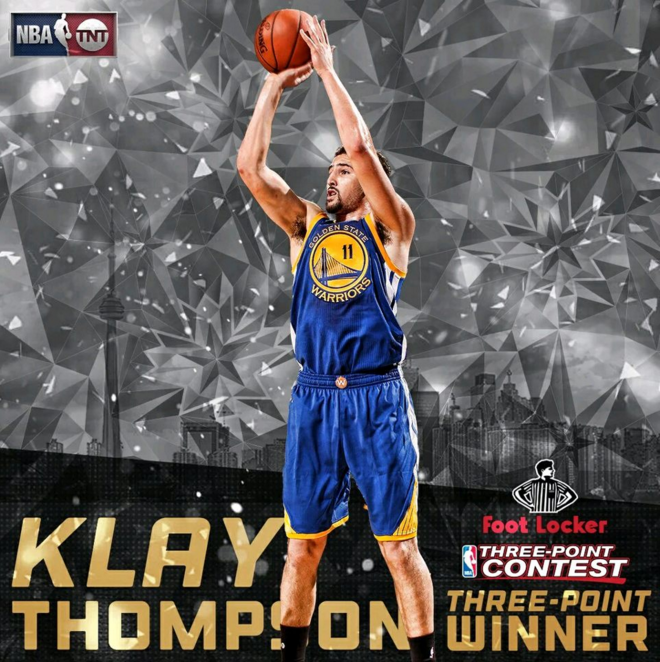 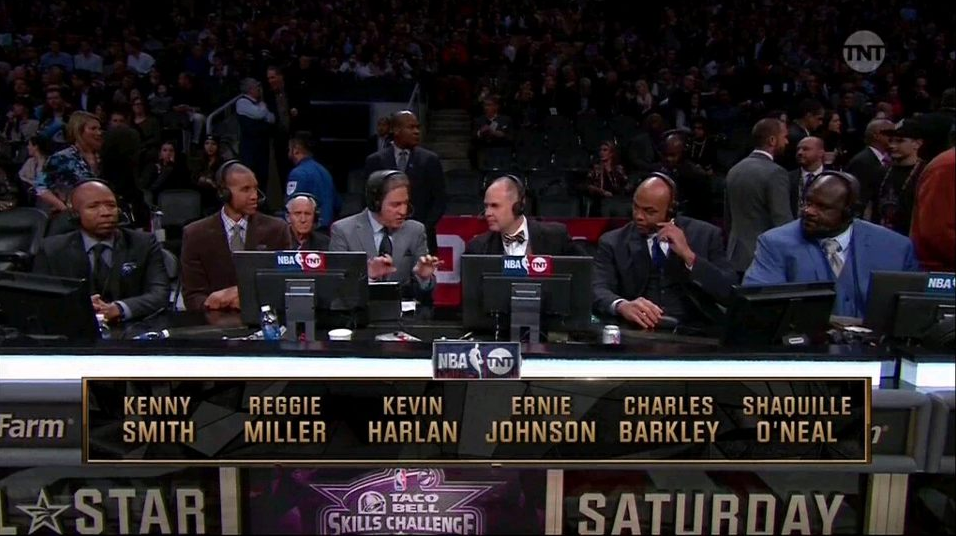 The highlight of the night, hell the highlight of the last several years, was no doubt the slam dunk contest. Man was it great. Well, after Barton and Drummond got out of the way, but we're just going to pretend they didn't participate. The real show, was the showdown between defending champion Zach Levine and Aaron Gordon.
These guys were phenomenal. And while Levine won and deserved it, I thought the best dunk of the night belonged to Gordon. I mean, look at this shit man. 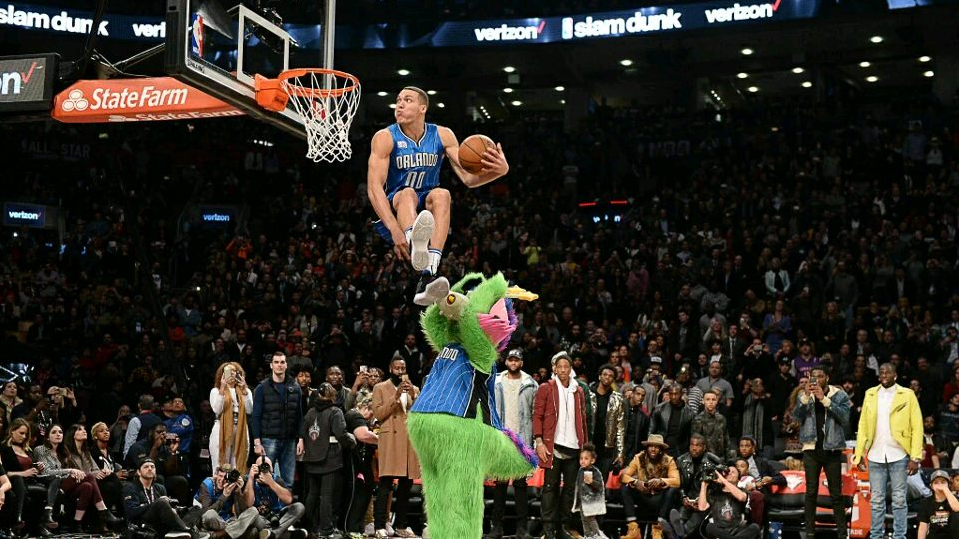 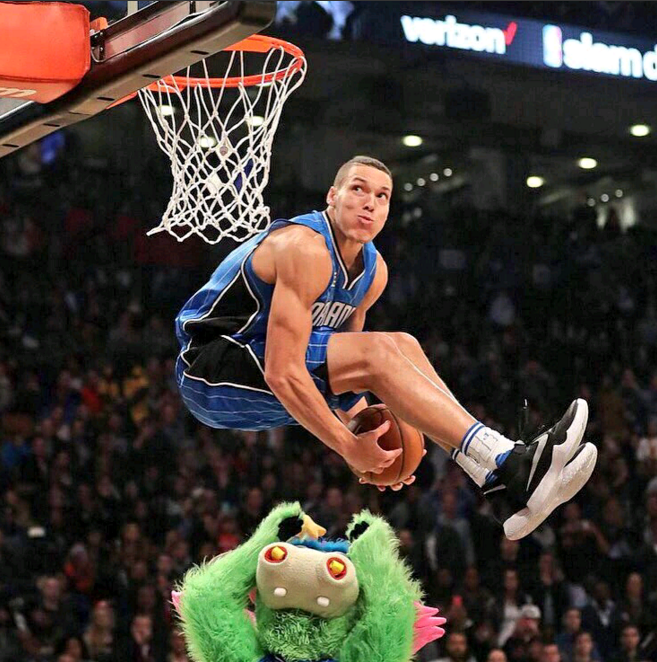 These went at it dunk for dunk for three overtimes, and it was sensational. I thought it was the best dunk contest I have seen, clearly since Vince Carter and Tracy McGrady battled. But really, for two guys going at it, it it was the best since Jordan and Dominique back in the late 80's. Phenomenal. 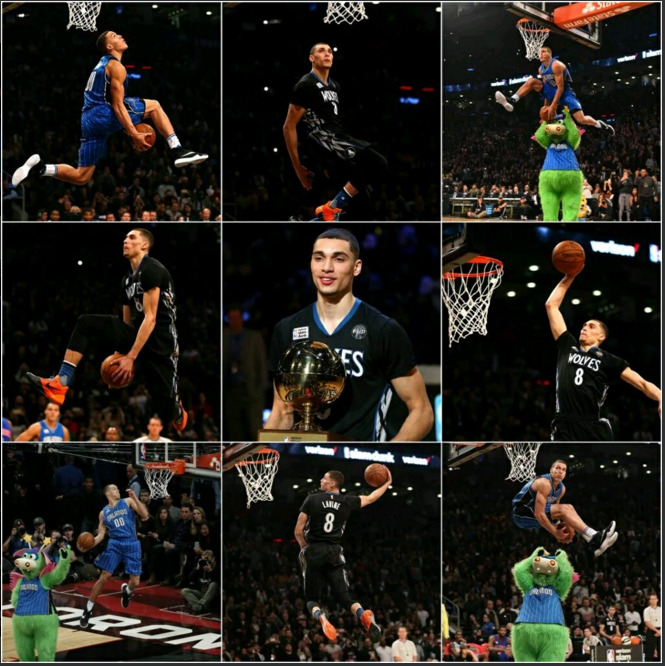 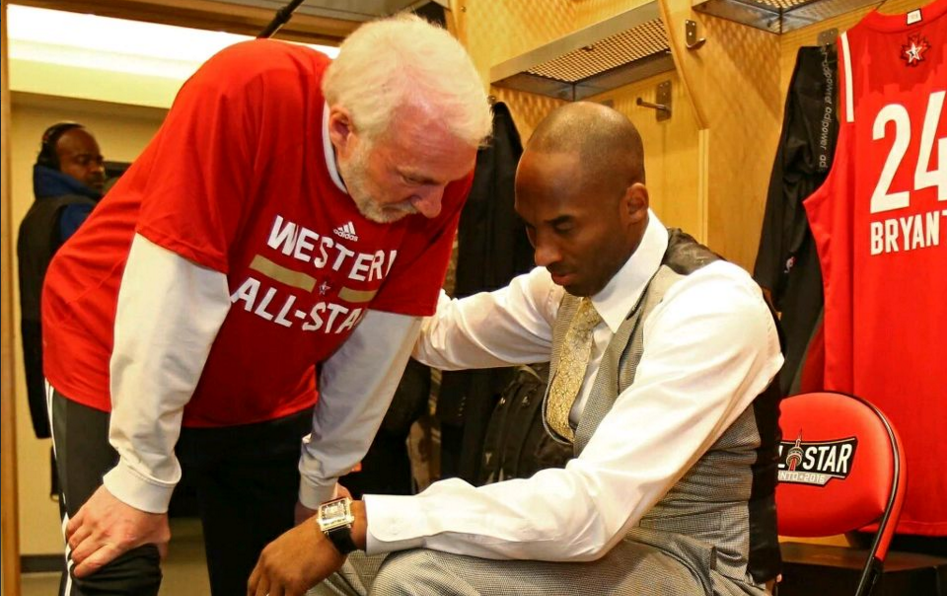 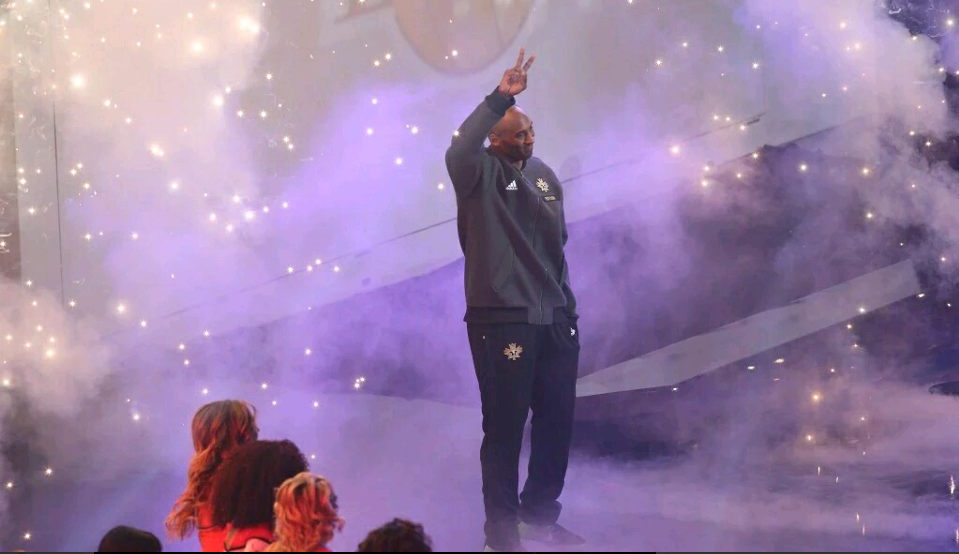 Finally, on Sunday, the NBA honored Kobe Bryant, as he participated in his final NBA All Star Game. Kobe was honored with video packages and standing ovations and all the bells and whistles. Great way to go out for the five time champion. 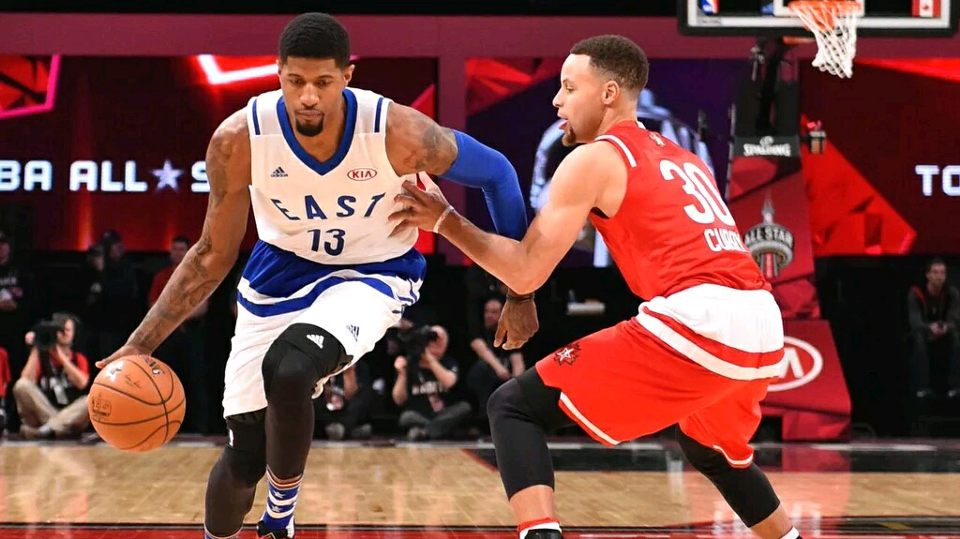 It was the highest scoring All Star game in history, and largely pretty bad. The first half was close and pretty good. But it got ugly in the 2nd half, and unlike in past years, it didn't get close down the stretch and it never turned into a good competition. Russel Westbrook was named MVP for the 2nd year in a row, largely due to him jacking up three pointers time after time. Overall, the All Star game was probably what I enjoyed the least about the whole weekend. 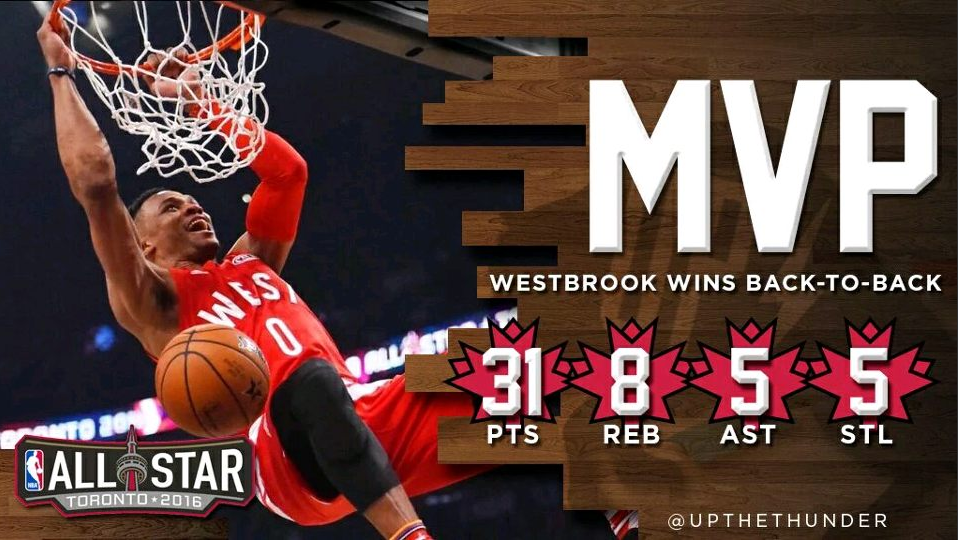 I thought overall, the weekend was fantastic. I love TNT's NBA coverage and they are largely what makes the weekend so great. Ernie, Chuck, Kenny and Shaq are the glue and driving force behind the entertainment value and this year was another smashing success. This wouldn't be half as fun if it was on ESPN, with their annoying commentators and broadcasters. Great job TNT for putting another excellent All Star Weekend.